Boheme to Pier 9C and an Update on IT Intrepid

The second autocarrier to use Pier 9C this week arrived today, April 9. Initially the Boheme anchored in number one anchorage for Canadian Food Inspection Agency clearance. The Agency inspects for LDD moth larvae (formerly called European gypsy moth) and LDA (formerly called Asian gypsy moth) and several related species (which may be renamed again) before the ship is allowed to dock in a Canadian port.  (The ship was here  January 20, 2022 , but inspections are not carried out in mid-winter as the larvae are inactive then.) 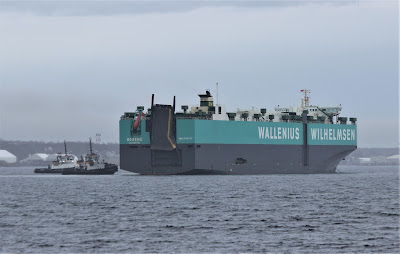 Tugs Atlantic Beaver (nearest) and Atlantic Fir preparing to makeup to the Boheme in number one anchorage, as the mist thickens. 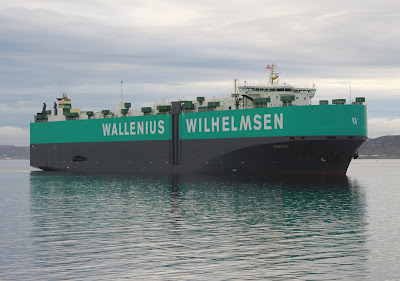 Things were much clearer in the Basin. The tugs have turned the ship and it is now lined up to pass under the MacKay bridge (again). 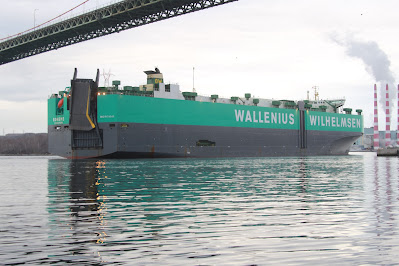 It will soon be alongside Pier 9C, starboard side to the dock .

The Boheme has some 'high and heavy" RoRo cargo to discharge at Pier 9C, then will move to Autoport to unload automobiles from Europe.

At nearby Fairview Cove work was finishing up on NYK Demeter on THE Alliance's AL5 (North Europe) service Westbound loop. 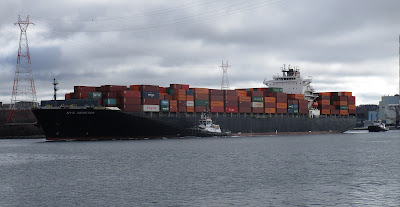 NYK Demeter arriving this morning. It sailed in the early evening for Port Everglades.

The cable ship IT Intrepid sailed today giving the Panama Canal as its destination. The ship will be heading for a cable job, starting at Cape Beale, British Columbia. It will be working under a temporary coasting license to retrieve and rebury an existing subsea cable.

(older file photo of the ship)

As reported here April 2 IT Telcom applied for two coasting licenses. The first one, for work in Quebec, has been put on hold due to concerns raised by fishermen in the area of the work. The Sunoque III cable ( SU = sud, NO = nord, QUE = Quebec:  translation south, north, Quebec) was to run from Ste-Anne-des-Monts to Sept-Iles, but crab, shrimp and lobster fishermen objected to the ban on fishing within 500 meters of the cable, and the disturbance to the seabottom caused by plowing and burying the cable. 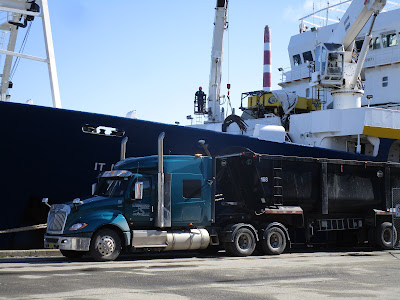 While in port the ship offloaded the remains of an older cable, which had been cut up in convenient lengths for handling. Older cable, likely made of copper, has significant resale value. The armoured casing may be recyclable too.