However there are times when the ship movements are at odd hours, more conducive for photos.Today June 20 was such a day, with several mid morning arrivals. 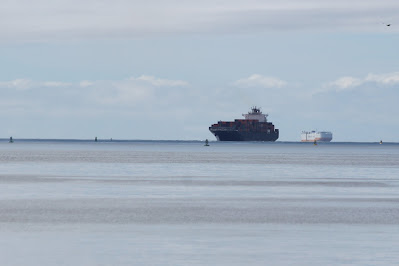 The container ship NYK Romulus was due at the pilot station at 1000 hrs, followed by the auto carrier Grande California at 1030 hrs. 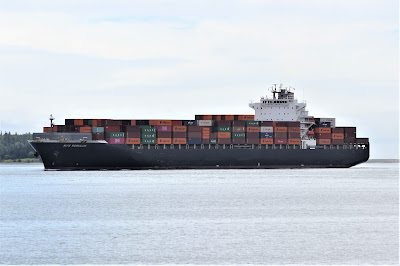 Heading for Autoport, Grimaldi's Grande California may be making its first call in Halifax. 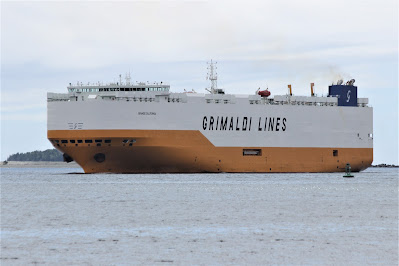 While these two big ships were arriving, two smaller vessels were putting in an appearance. 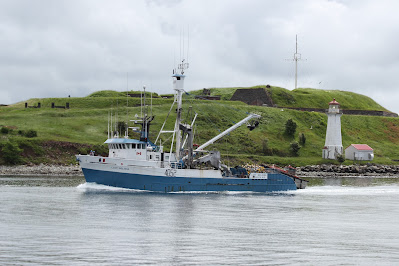 Lady Melissa, built by Ferguson Industries in Pictou in 1990 and owned by Comeau's, Saulnierville, NS. Morning Star was built by Caraquet Marine Ltd in 1991 and is owned by Scotia Pelagic of Yarmouth. 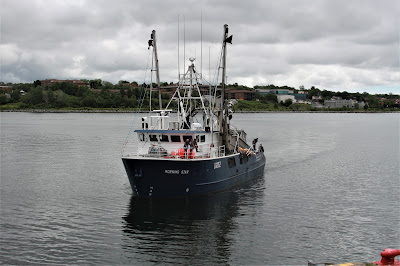 Both are herring seiners, and have not been seen in Halifax for some time. The commercial herring and mackerel fisheries were closed by government order in April, so these boats must be operating for research or for a limited bait fishery. The collapse of the herring stock on both Atlantic and Pacific coasts is worrisome, but has happened before. 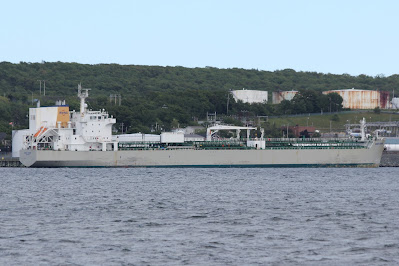 Built in 2005 by Hyundai, Mipo for long term charter to Irving Oil, it was orginallly named Nor'Easter and sailed internationally out of Saint John, NB. It was brought under Canadain flag and renamed in 2014.It is a handysize vessel of 23,552 gt, 37,515 dwt.

Most of today's departures are echeduled for early evening (after this is posted) but one late afternoon sailing was the Royal Canadian Navy's chartered supply ship Asterix. 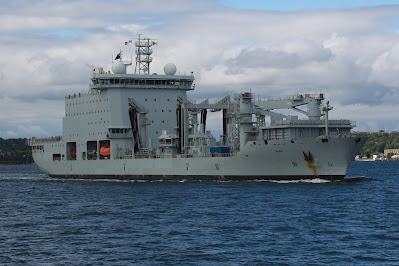 As usual with naval vessel movements, its destination was not given.

Movements within the harbour were limited to small craft as far as I could tell. Among these "craft" was the "Harbour Hopper 6", giving its cargo of tourists a cold and damp ride. 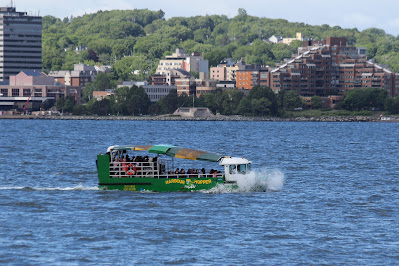 The Halifax Fire and Emergency Services "Fire Boat 1" was exercising its sealegs in the harbour too: 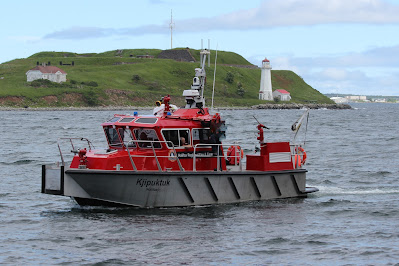 The boat is also named Kjipuktuk , the first nation's word for Halifax Harbour, which the early English settler-colonizers corrupted to "Chebucto". [I have "defaced" one of the crew men to avoid identification.]