I noted on an international shipping news site that two familiar ZIM ships have just been sold to CMA CGM. The sister ships ZIM Constanza and ZIM Tarragona were built in 2010 by Jiangsu New Yangzijiang in Jingjiang, China. At 40,542 gt and 50,106 dwt /50,088 dwt (respectively) they have a container capacity of 4256 TEU including 698 reefers. 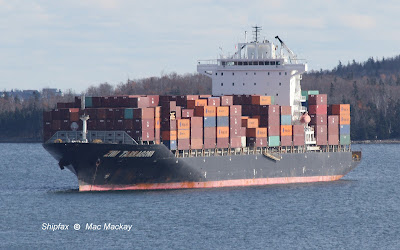 The ships have been regular callers in Halifax since new, on ZIM's ZCA service, and they are Israeli flagged. They were built with a relatively high reefer plug number to cater to the important fruit exports from Israel. 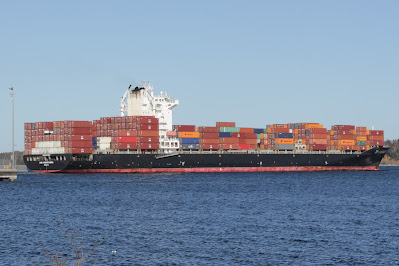 The selling price was reported to be US$72 million each, which seems a good price for ships that were thought to be too small only a few years ago. The high demand for ships now has changed all that. It will be interesting to see what ZIM will use as replacements.