The Price of Gasoline

With the price of gasoline going through the roof there is no let up in demand so it seems. Both tanker docks in Halifax have ships alongside today (June 13) with refined product from Europe. 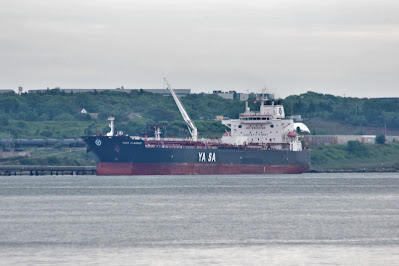 The ship arrived from Antwerp, a common source for Imperial's refined products. (They also have Canadian product arriving on June 15 on the tanker Algonova  from Nanticoke, ON.) 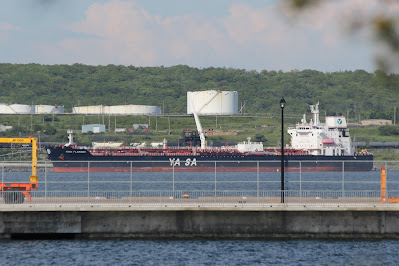 It is hard to get a clear photo of ships at Imperial Oil, so sometimes it is necessary to ignore light poles and fences. 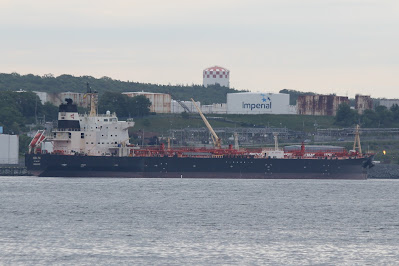 Unlike Yasa which names it ships after birds, Dee4 names its ships for trees. Someday someone will come up with a truly interesting naming scheme for ships. I am not holdiong my btreath.

Rant Warning: (those who are easily offended are advised to stop reading here.)

Despite the quantities of crude oil within Canada, the oil companies continue to import crude and refined products, paying world prices and passing that on to consumers. That allows them to export Canadian crude for world prices rather than truly supporting the Canadian economy by using it locally and selling product at a reasonable price. Why would a liter of gasoline in Nova Scotia cost $2.08 if it is (or could be) made from Alberta or Newfoundland crude?