Taking Turns in the Basin

There was lots of activity in the Narrows this evening as two ships "crossed paths" in and out of Bedford Basin.

The autocarrier Don Carlos completed unloading cars at Autoport and moved to Pier 9C to discharge non-auto RoRo cargo. As usual it had to go to Bedford Basin and turn (with the assistance of tugs Atlantic Fir and Atlantic Oak) in order to come alongside Pier 9C starboard side to. 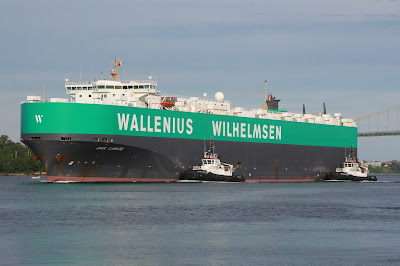 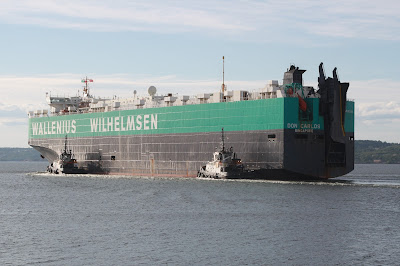 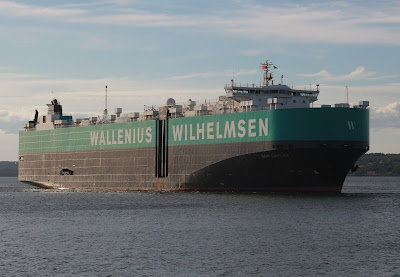 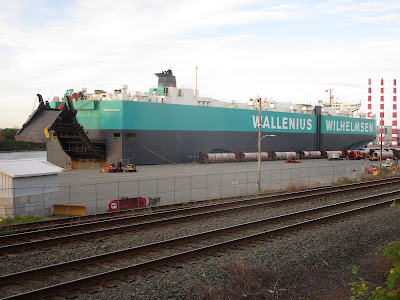 While that performance was underway (couldn't resist the oblique opera reference) the icebreaker Polar Prince was getting underway from the C.O.V.E pier for trials in Bedford Basin. 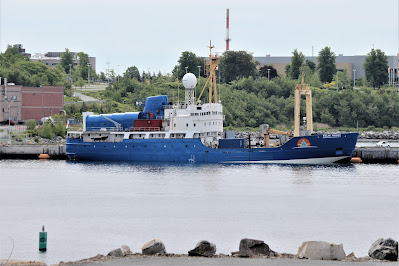 Once Don Carlos was safely alongside with lines run, the Polar Prince steamed up through the Narrows to the Basin. 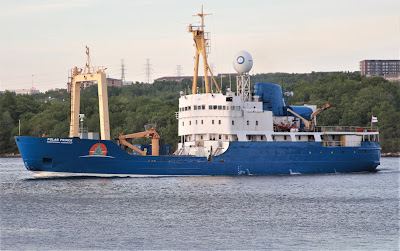 Since returning to Halifax last month after wintering in Mulgrave and refitting in Shelburne, the ship has acquired a blue painted hull and funnel over the previous red. (It looks like they could have stirred the paint a bit better).

For those with keen eyesight the ship appears to be flying the Cross of St.George flag aft, but on closer inspection it turns out to be the Grand Council flag of the Mik'maq indigenous nation. In addition to the red cross the flag carries a symbolic sun and moon. It was designed to hang vertically as a banner, but is often flown as a flag. (In my opinion it should be flown up forward as a courtesy, as any ship would when sailing in foreign territory or unceded lands. The ship is registered in St.John's, Newfoundland and Labrador and should be flying the Canadian flag aft.)

Since 2021 the former CCGS Sir Humphrey Gilbert has been owned by the Miawpukek Horizon Maritime Service Ltd, a joint venture between Horizon Maritime and Miawpukek First Nation, and is used for education, research and conservation for the SOI Foundation. 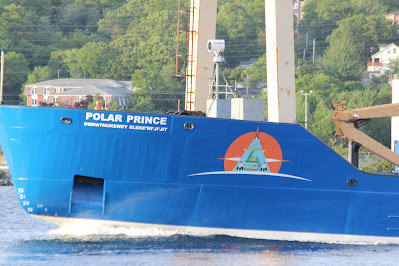 A close up of the ship's 1983 bow, built by Halifax Shipyard, shows the handsome new logo. 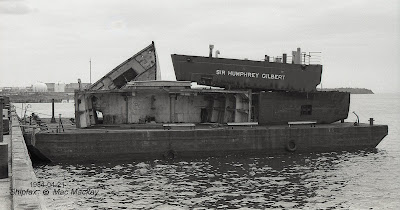 The ship's orginal 1959 Davie-built bow (in pieces) was barged to Dartmouth where it was recycled. Whatever it was recycled into has probably also been recycled by now, so there is no telling how far the atoms have dispersed.

I have covered both ships several times in Shipfax so will not repeat the details again.