I missed taking a picture of this ship the first time it arrived April 14, 2020. At the time it was the "new largest" container ship to call in Halifax. It has since been eclipsed by the larger "Explorer" class, but I have managed to get decent photos of it on subsequent visits. The old shipwatcher adage that you can always get a better photo has been my motto, but I will be hard pressed to do better than this evening's departure, as photographed from Ferguson's Cove. 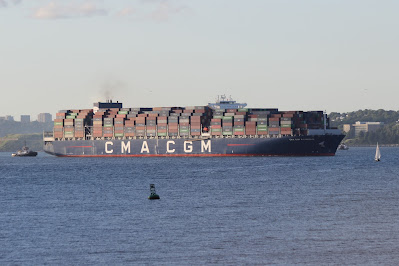 The ship took some time to get away from PSA Halifax Atlantic Hub, and I was fearful that the sun would be gone by the time it got to my perch. 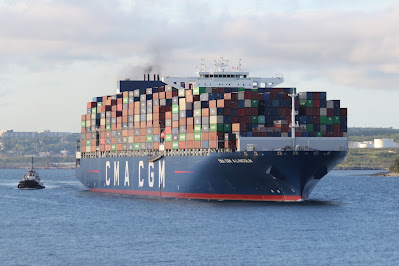 As I had hoped the ship took the western, deep water channel and swung in towards the shore. 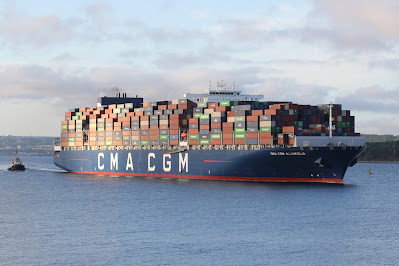 The sun was a bit past its best angle, but came out from behind some clouds at the right moment. 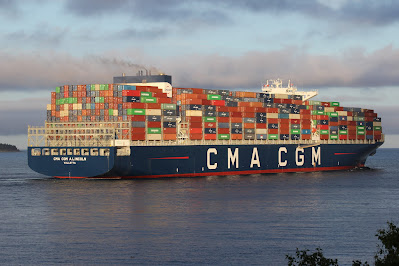 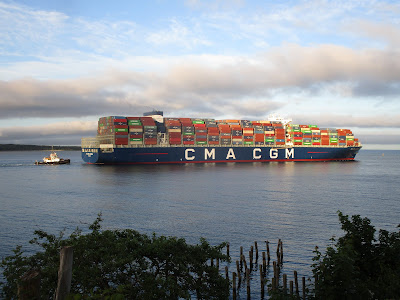 The ship hung onto its stern escort, the Atlantic Bear, until it had passed my post.