A rash of bulker repairs

The laden bulker Nordic Visby arrived November 13 at pier 31. Workers have bulit staging around the deck cranes and appear to be repairing the bearings.[scroll down for previous post] 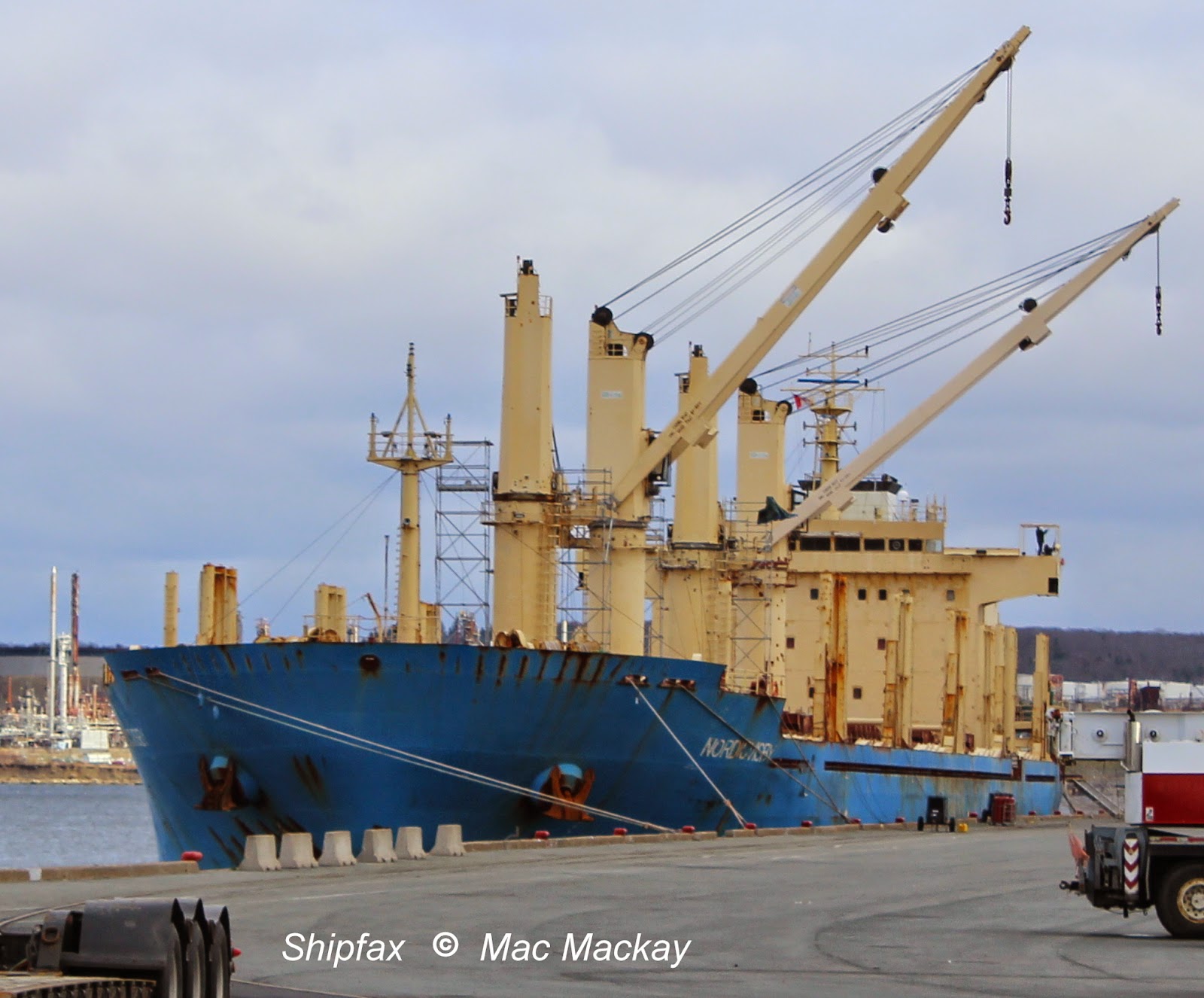 Vitagrace arrived yesterday and anchored in Bedford Basin. By contrast it appears to be fresh from a shipyard, and is in ballast.

Freshly painted Vitagrace swings at anchor in the Basin. Note the pilot ladder and another accommodation ladder near the stern.

Built as Yomoshio in 2001 by Kanasashi in Toyohashi, Japan, it is a gearless bulker of 39,126 grt, 75,921 dwt. Grace Navigation acquired and renamed the ship in 2009, which is managed by Vita Management of Piraeus, Greece. Formerly registered in Panama, it is now flying the Maltese flag.

Later this evening the bulker Trabzon is due for under water inspection. It was built by Hyundai Mipo, Ulsan in 2011. Check back for a photo in case it is still here in daylight tomorrow.