Two more bulkers to add to the recent list, both arriving in the wee hours of this morning.

The Trabzon arrived at number one anchorage for an underwater inspection. That apparently did not take very long and the ship was able to get underway before light failed this afternoon. 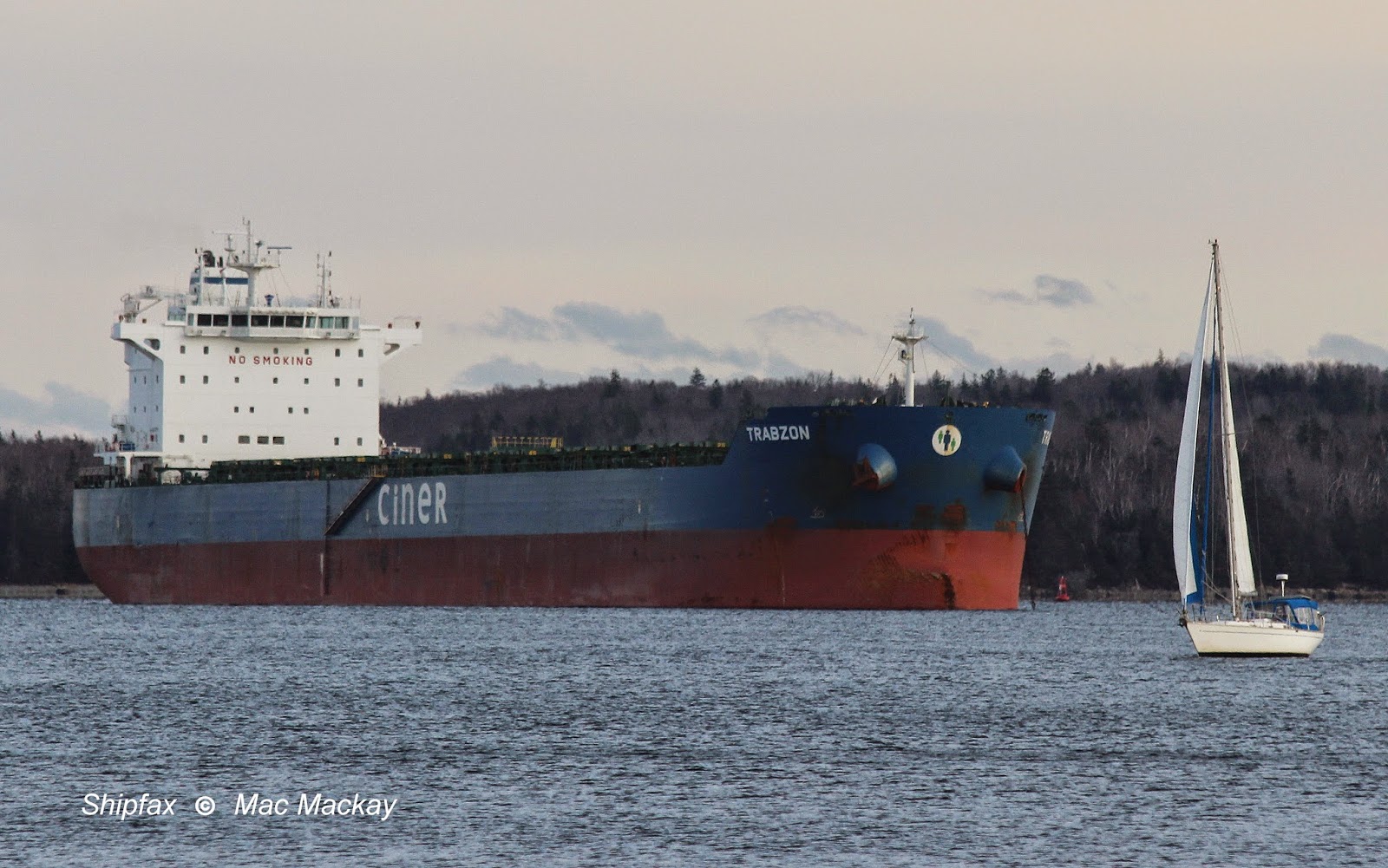 Despite fall temperatures, some hardy sailors were still cruising around Halifax harbour. 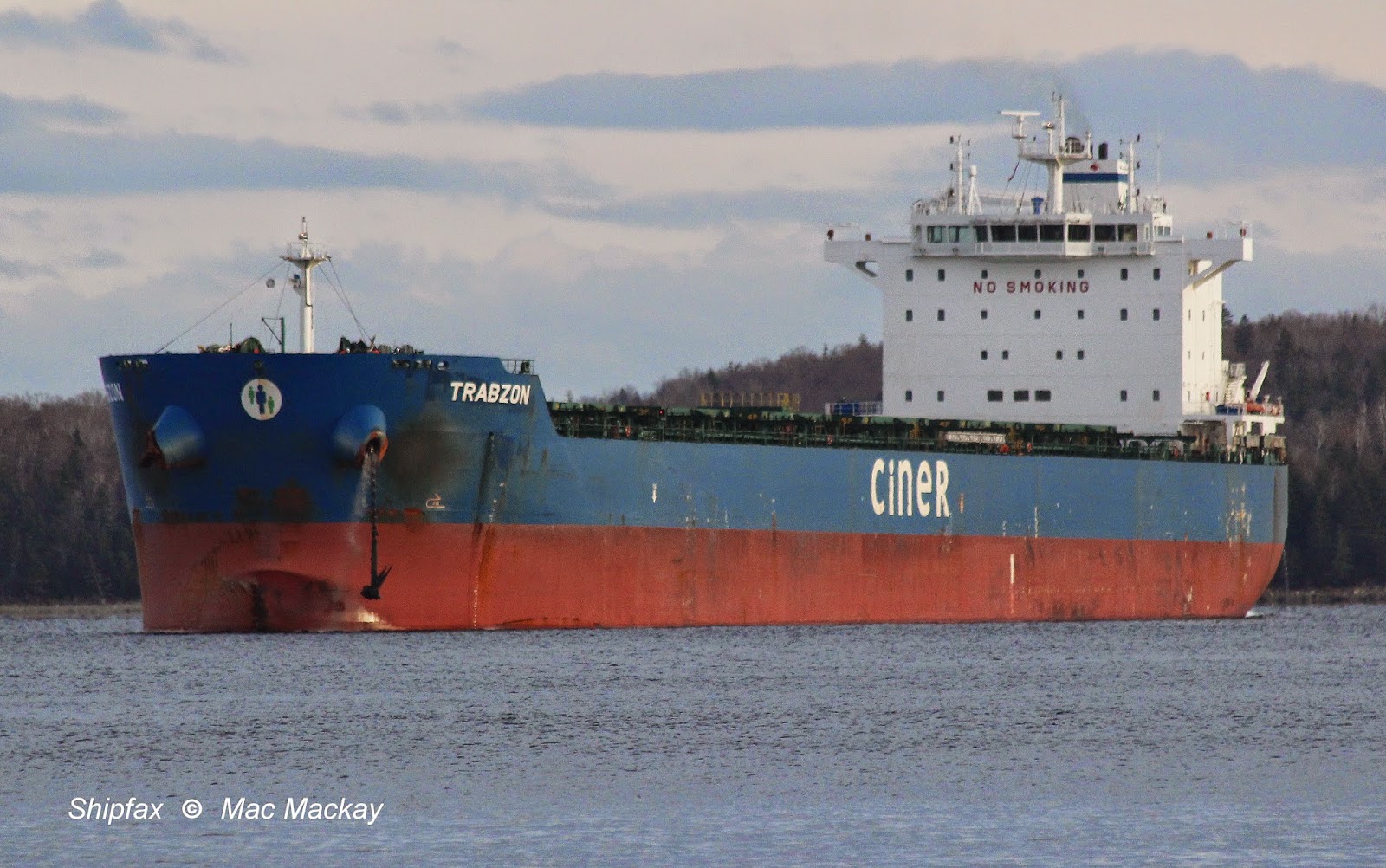 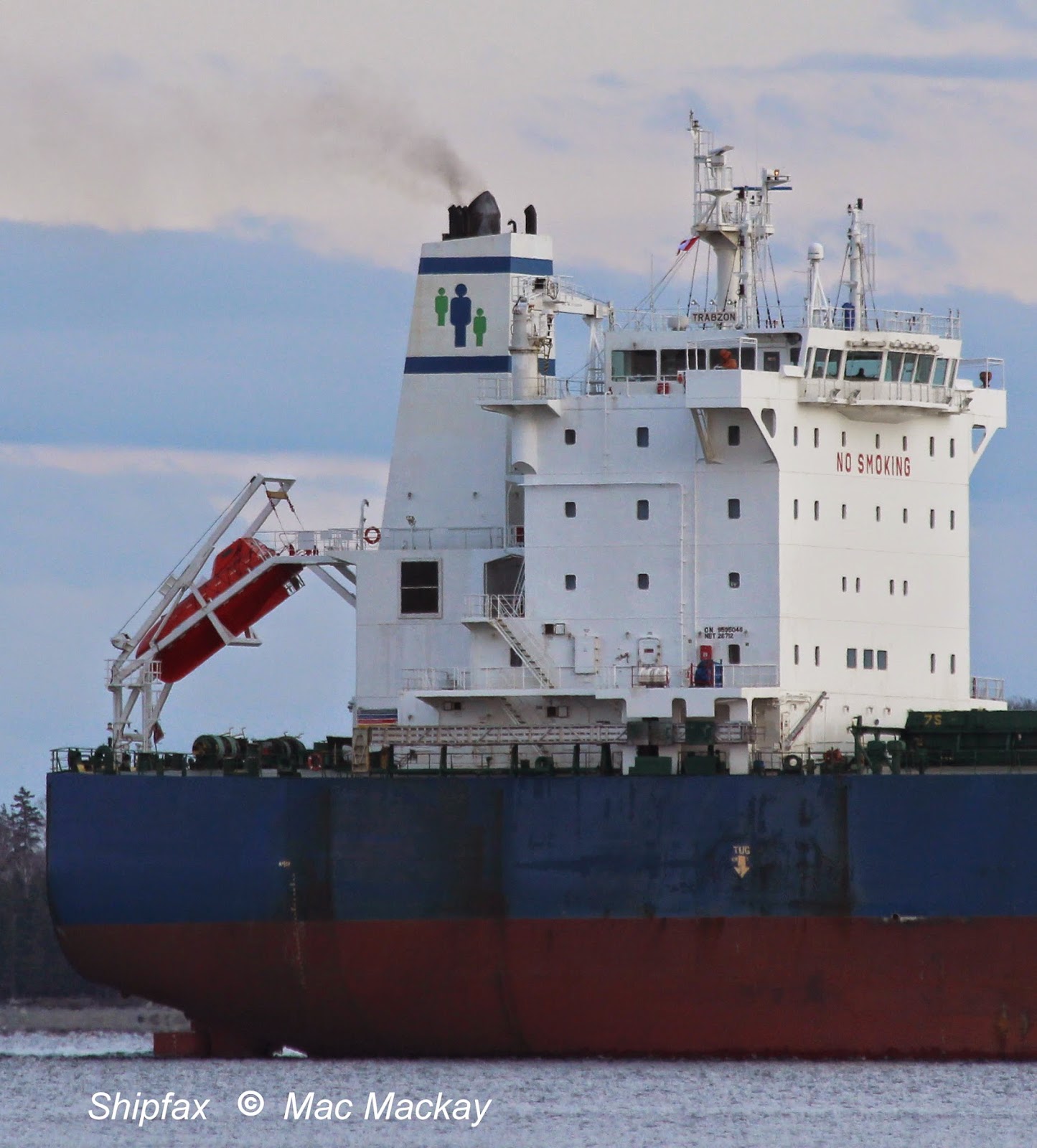 The Ciner funnel features the silhouettes of three people. Two of them are small and green - maybe Martians?

Rounded up and headed for sea. The ship's last port of call was Ijmuiden, the Netherlands and it is bound for Baltimore.


Trabzon was built by Hyundai Mipo, Ulsan in 2011. Its superstructure and bow look similar to the many product tankers coming from that yard, but it is a much larger ship and certainly a bulker.
Part of the 18 ship fleet of Ciner Ship Management of Istanbul, it measures 44,635 grt, 81,6660 dwt, and  flies the flag of Malta.

The seond bulker to arrive was Garganey and it went right to work. Once secured at pier 28 the hatches were opened and the crew sent below to clean the holds in preparation for pre-loading inspection. Loading got underway  with the beginning of the normal workday. 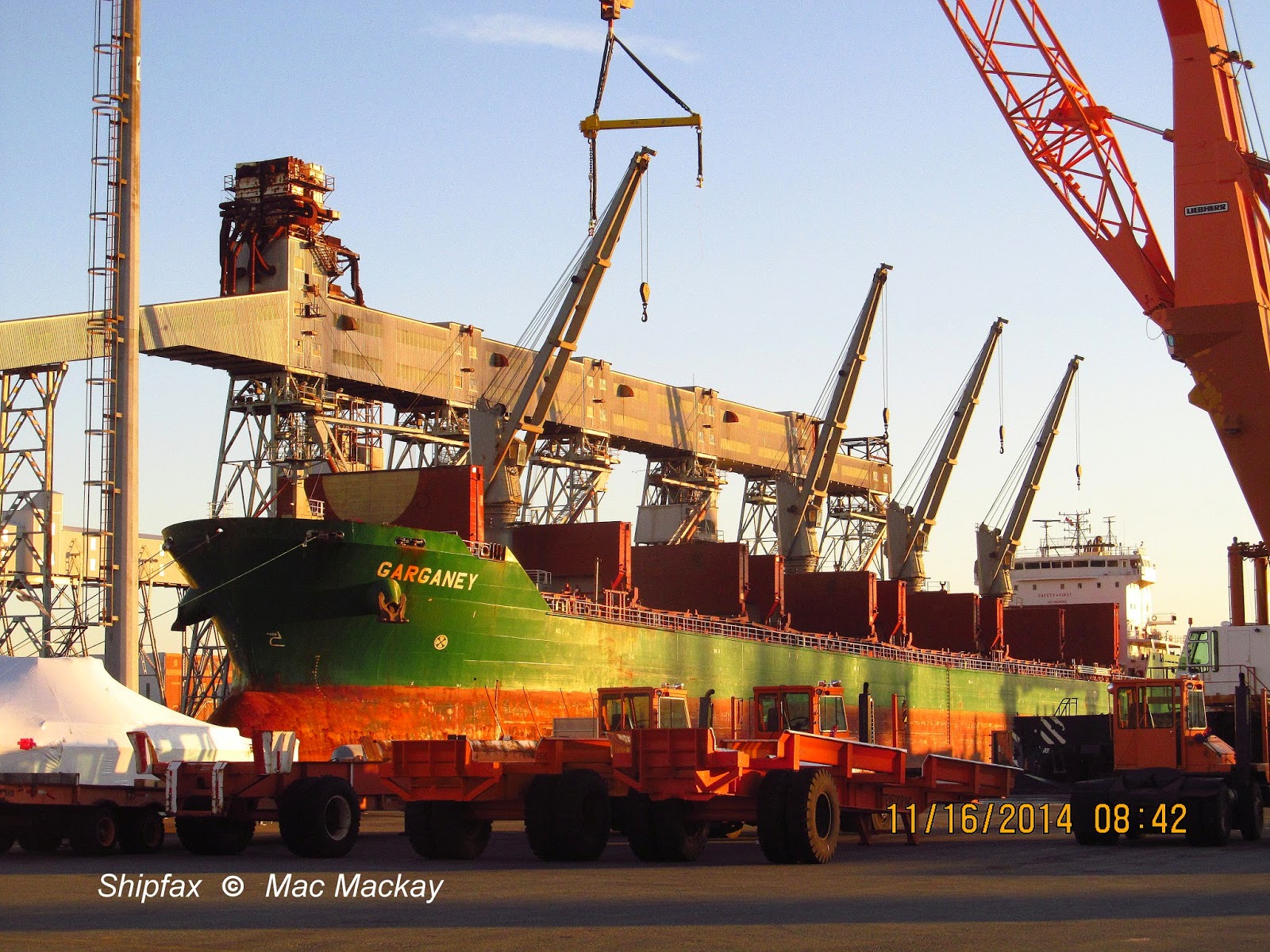 Garganey dates from 2007 when Xingang Shipbuilding Heavy Industry in Tianjin, China delivered the ship to Parakou Shipping Ltd of Hong Kong. Built for long term charter to Canadian Forest Navigation, the 22,790 grt, 37,251 dwt ship is sized transit the St.Lawrence Seaway, and is a frequent caller to the Great Lakes.
It was last in Halifax over Christmas last year, when it arrived Christmas Day and anchored before moving alongside to load at the same berth on December 27. It sailed December 28, 2013 for Ghent, Belgium.
See: http://shipfax.blogspot.ca/2013/12/noty-alwaysa-quiet-christmas.html
Unlike last year's visit to top up cargo, this time the ship is in ballast, and will take a full load..