After biding its time in Bedford Basin since November 14, the bulker Vitagrace moved alongside pier 28 today to being loading grain. See also: November 15 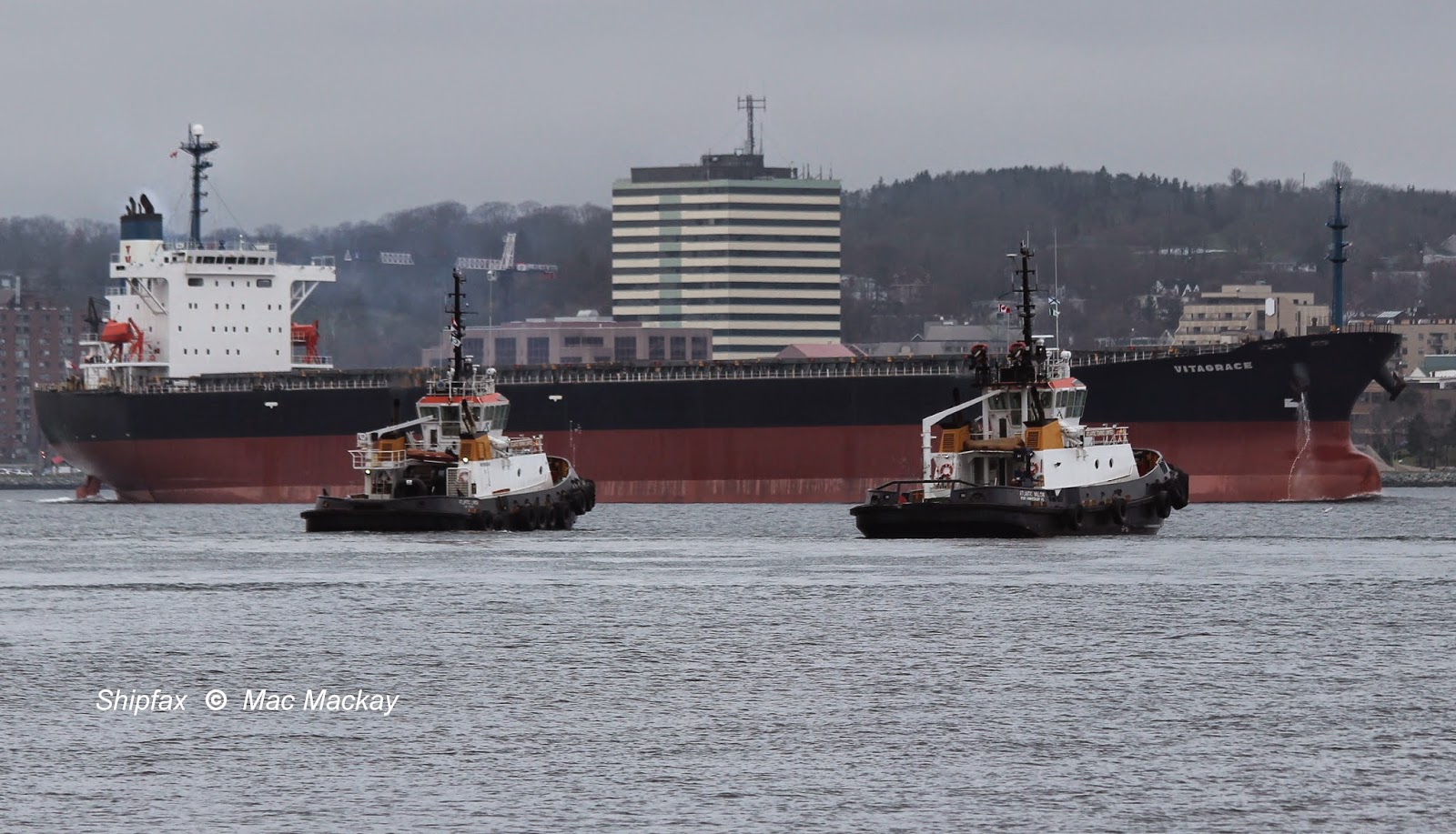 The tugs Atlantic Larch (left) and Atlantic Willow (right) wait for Vitagrace to pass the Woodside ferry track. They will then scoot around to the ship's port side to assist it alongside pier 28.

All the export grain from Halifax this year has arrived by rail car and it has taken some time to accumulate this ship's full cargo. Last week's Gargeney also loaded some 30,000 tonnes.
The Halifax Grain Elevator has a capacity of  6.4 mn cu.ft./181,350 cu.m., although some of that is dedicated to wood pellets. It can load ships at up to 50,000 bu per hr.

Badly in need of paint, the grain elevators are nonetheless an imposing sight at sunrise.

Vitagrace has a capacity of 90,165 cu.m. of grain and a deadweight capacity of 75,921 tonnes. If it is loading wheat, then it will take 2.5 mn bushels. At 60 lb per bushel that is 68,306 tonnes (683 rail cars) . Therefore the ship's volume will be taken up by grain before it runs out of lifting capacity. On sailing it will not be at full draft, but will be within the safe margins for winter North Atlantic- the severest load line.requirement.