I mentioned in the previous post about ACL G1 ships that the sponsoned hulls presented problems for pilot boarding. Regrettably I don't have photos of the actual boarding or disembarking operation. However, if you can visualize it, the pilot boat must come alongside the ship, often in swells, and align itself with the ship so that the pilot can use the pilot ladder safely, timing his movements with the swells so that he is not crushed between pilot boat and ship.

Nowadays
On high freeboard ships, such as some container ships and autocarriers, there is a door let into the ship's hull, below the weather deck and closer to the waterline. This reduces the height the pilot has to climb.
OOCL Oakland is an example of how this works: 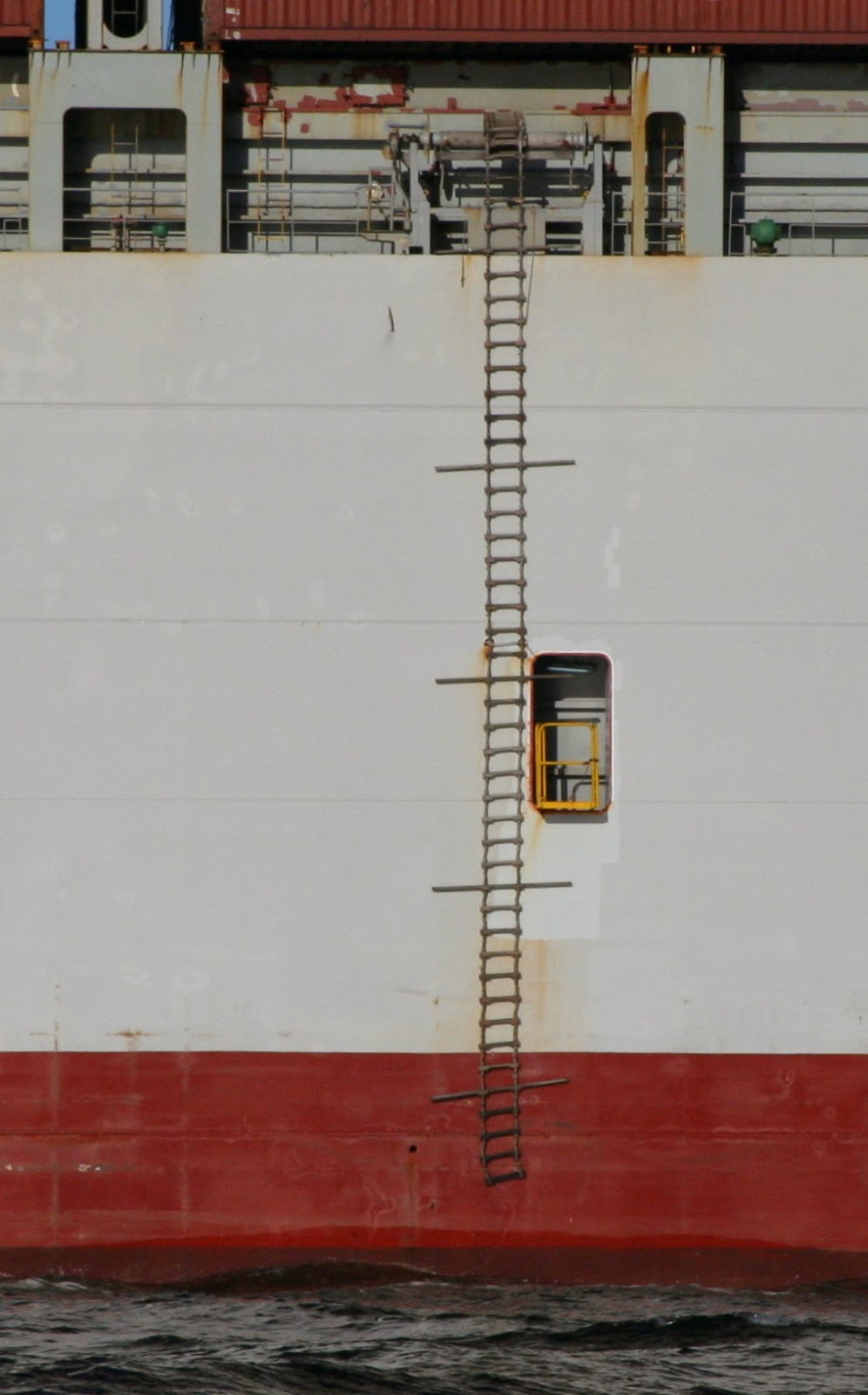 A pilot ladder is suspended adjacent to the hull door. Although the pilot needs some agility to transfer from ladder to doorway, the door is sufficiently high that he is out of the way of the boat whern he makes that transition. The is also a safety railing around the doorway.

On the current Atlantic Container Line G3 ships, the ladder is rigged from the doorway itself, Atlantic Cartier is typical: 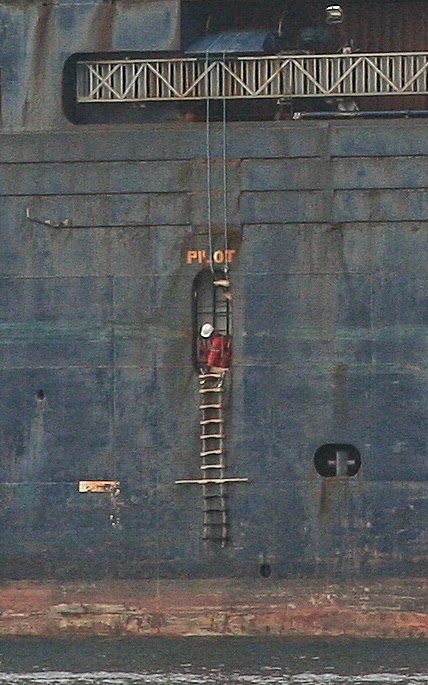 The door is also sufficiently high above the waterline that it will be clear of the pilot boat except in extreme sea conditions. In that case, the companionway is positioned such that it could be used instead of the doorway.

In 1984
When the G1 (S class) ACL's were lengthened, large sponsons were attached to the hull for strength and stability. Atlantic Song is typical:

The sponsons prevented the pilot from getting alongside the ship's hull, and thus to reach a pilot ladder. The solution was to recess the pilot door in a recessed area of the sponson (well aft of amidships), and extend a small platform and steps for boardng directly into the ship. 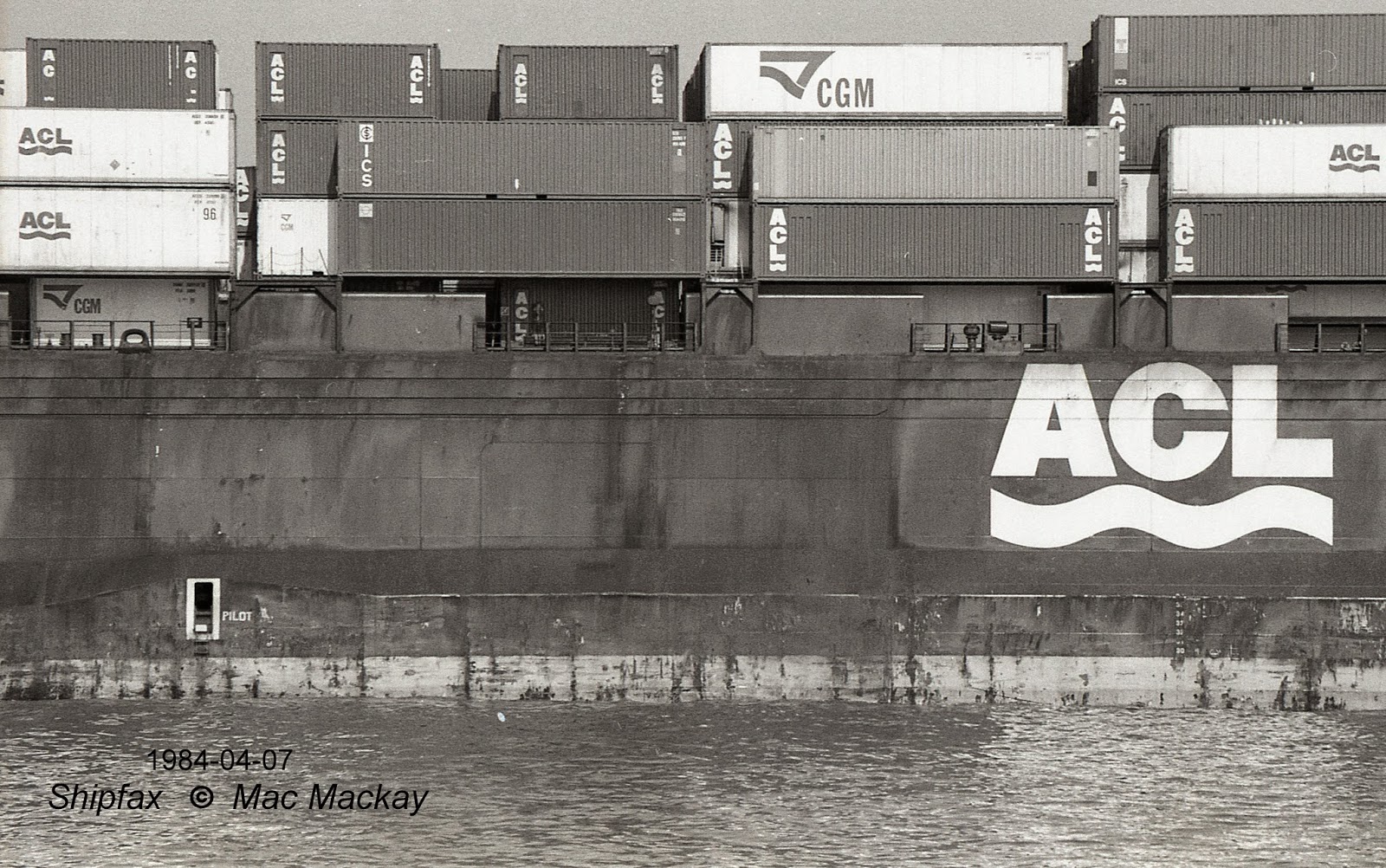 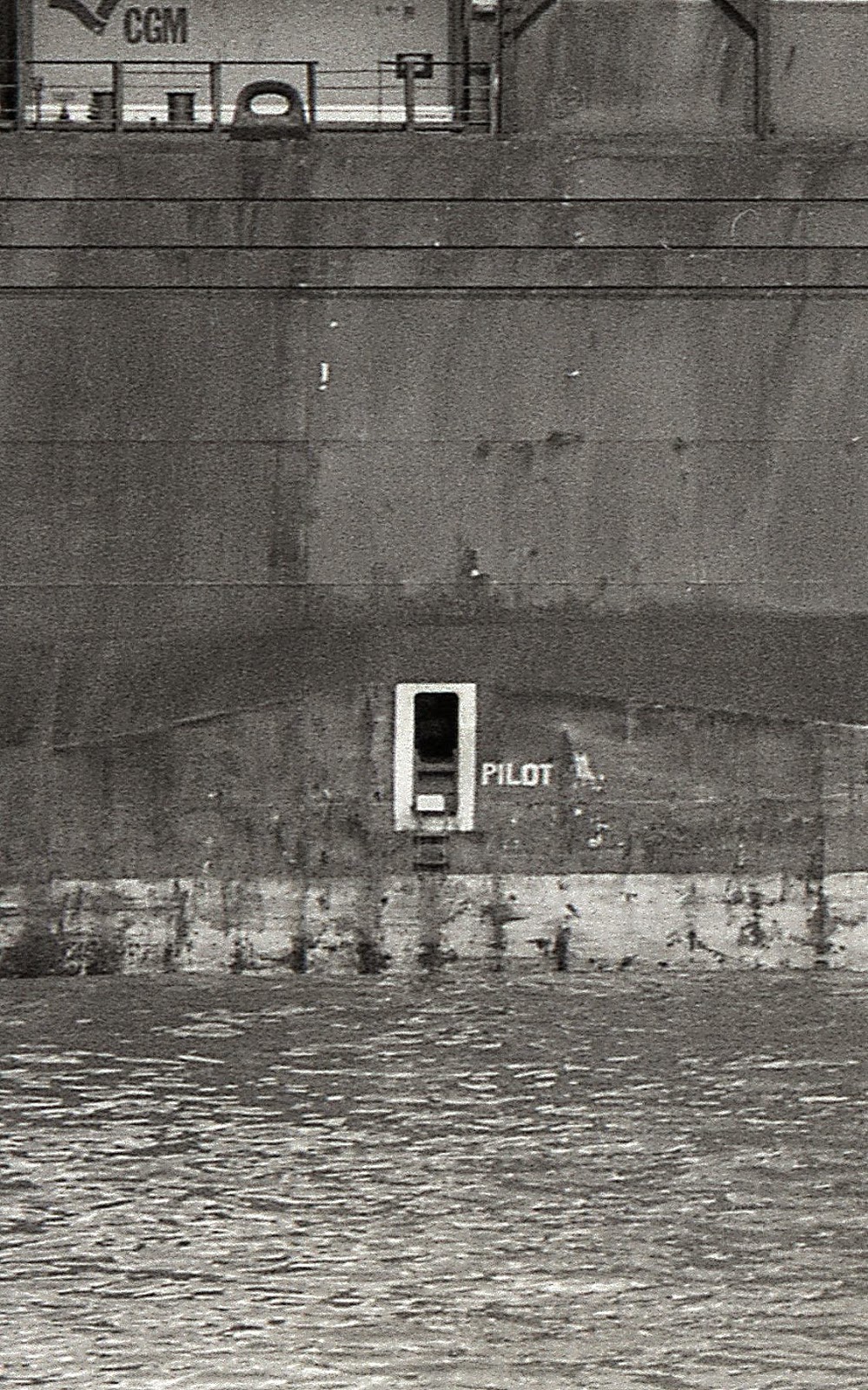 It doesn't take much imagination to visualize how awkward this could be in any kind of sea. I suspect that there were may wet pilots in those days.

Another feature of the lenghtening of the G1s and G3s were long steel plate battens welded to the ships' hulls just below the deck line. These added longitudinal strength to the longer ships.