HMCS Iroquois gives and gets an invitation 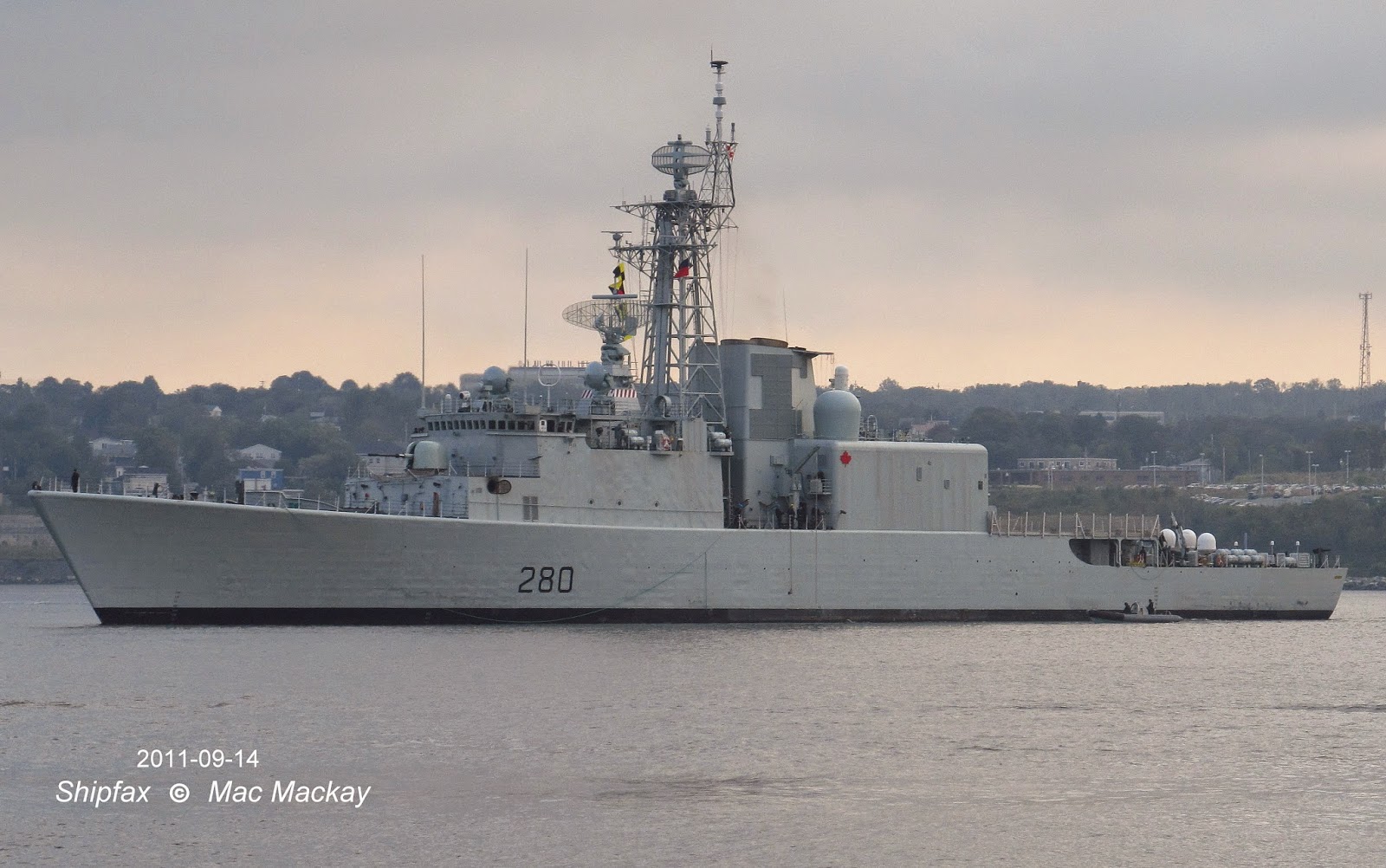 Although a paying off sail past is not in the cards for HMCS Iroquois - the government does not want to call undue notice the occasion of her decommissioning - there will be a dockside ceremony sometime this winter. Among the invited guests are members of La Corporation du site historique maritime de Sorel-Tracy. That group hopes to provide a new home for Iroquois once it is retired.

With the support of the city, and the promise of berth#2 on the Richelieu River, the group is looking to have the ship in place and open to the public in 2017 for the 375th anniversary of the founding of the town.
The ambitious plan would have as much as possible of the ship's naval equipment intact (but disarmed) so that visitors could see it in its ready state.

It would be a reminder of Sorel-Tracy's distinguished shipbuilding history- of which there is little evidence remaining. Marine Industries Ltd and is predecessors Chantier Manseau (1926-1938), the Canadian Government Shipyard (1900-1935) and others such as Le Claire Shipbuilding Co (later called Transportation + Shipping Co Ltd), Sorel Shipbuilding, and H.H.Shepherd+Sons built hundreds of ships over the years. Many of the ships were built as part of wartime emergency building programs, and so a naval vessel seems an appropraite artefact.