Back in 1984 the Dartmouth base was home to numerous small craft. Some worked navigation aids in small ports and others were tasked with pollution cleanup and other duties. (I have chosen photos taken over a period of years, but all the craft were in service in 1984). 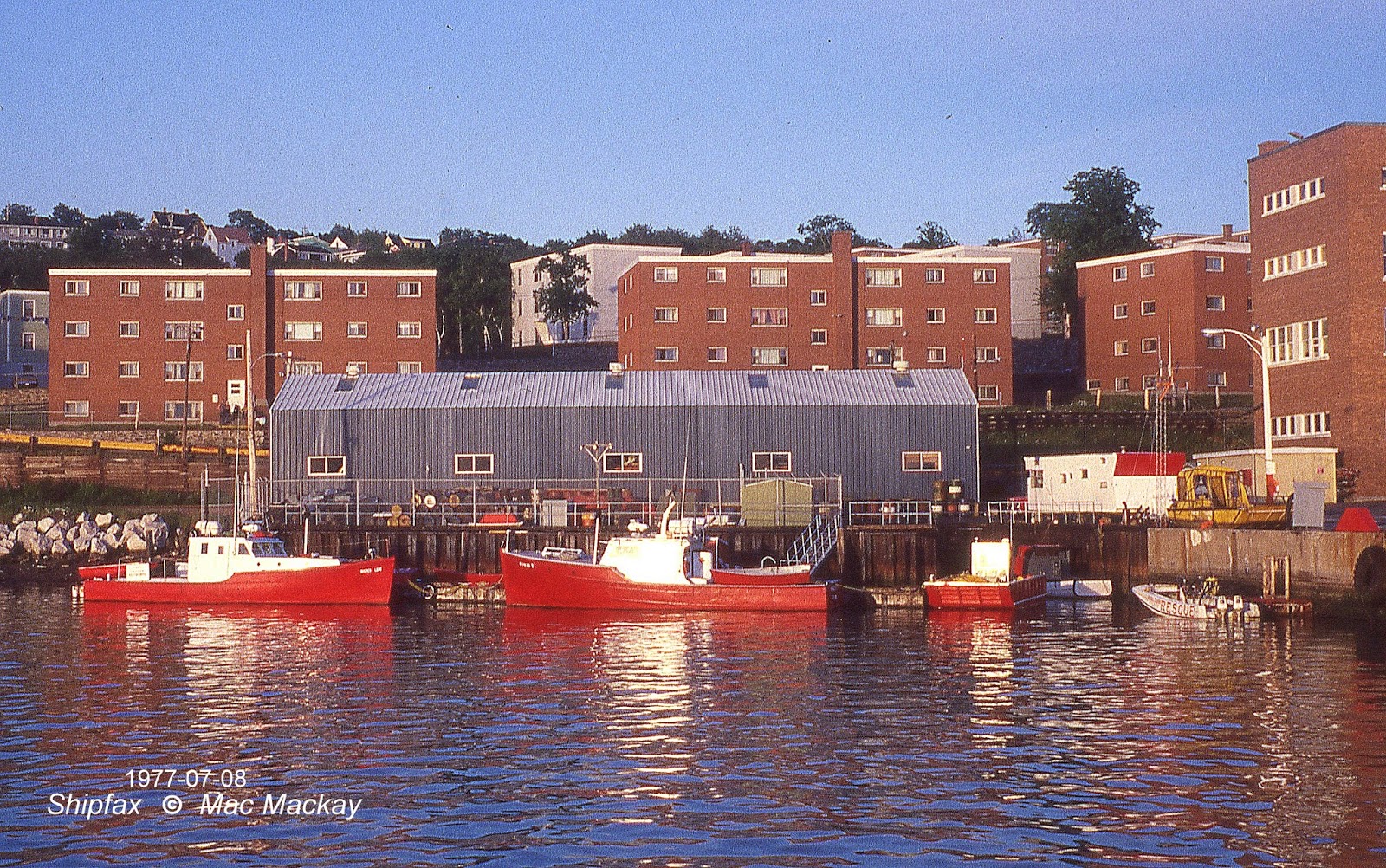 Rustico Light, Nomad V, a landing craft, and "Seatruck" (the yellow craft on the pier) at the Dartmouth base.

Rustico Light was built in 1965 in Pictou by Stright-McKay Ltd, and was similar to a Northumberland Strait fishing boat, except its cabin was much longer.It was registered in Charlottetown. 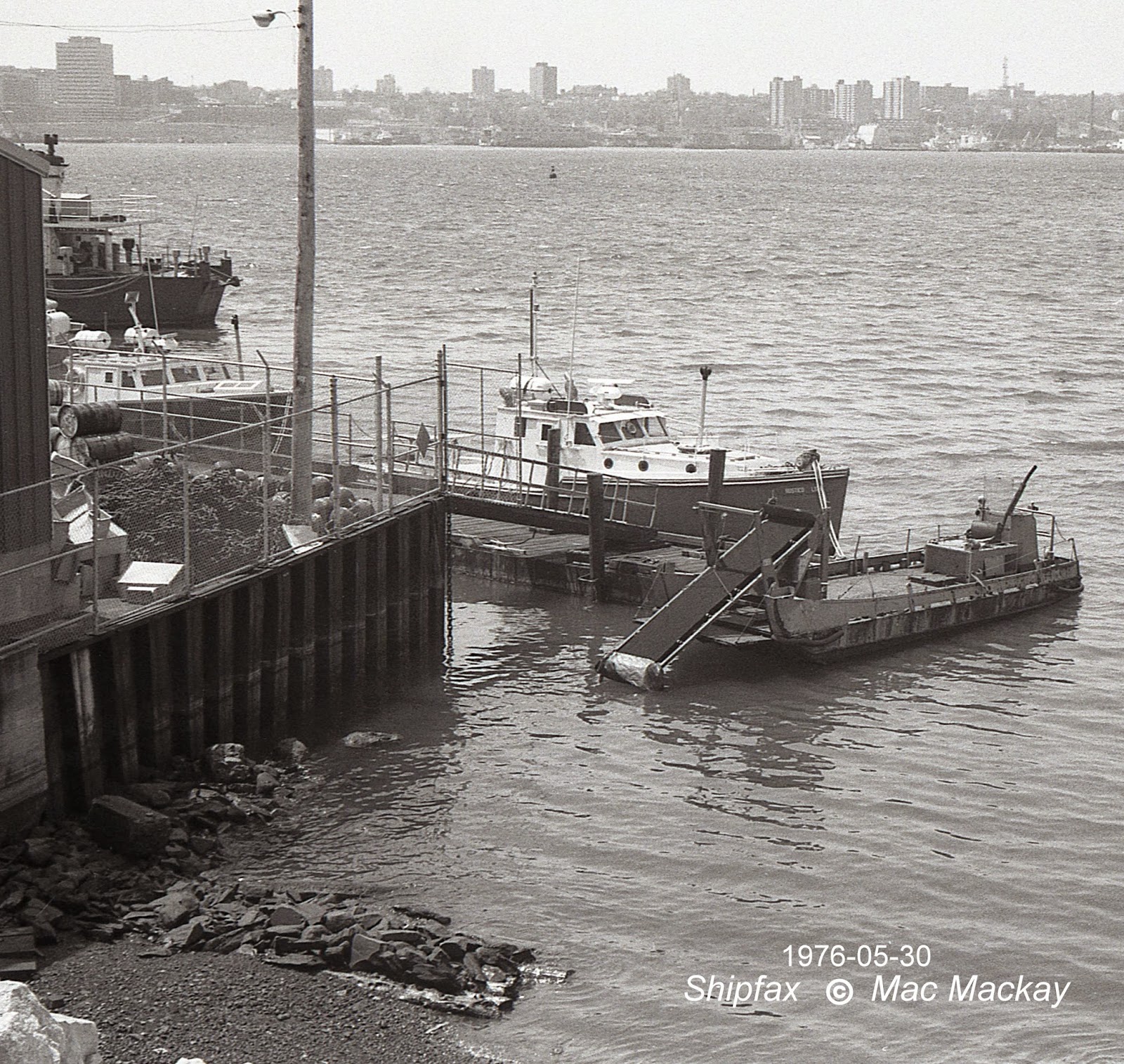 Nomad V was built in Shag Harbour in 1966 (the year before the UFO landed) http://en.wikipedia.org/wiki/Shag_Harbour_UFO_incident 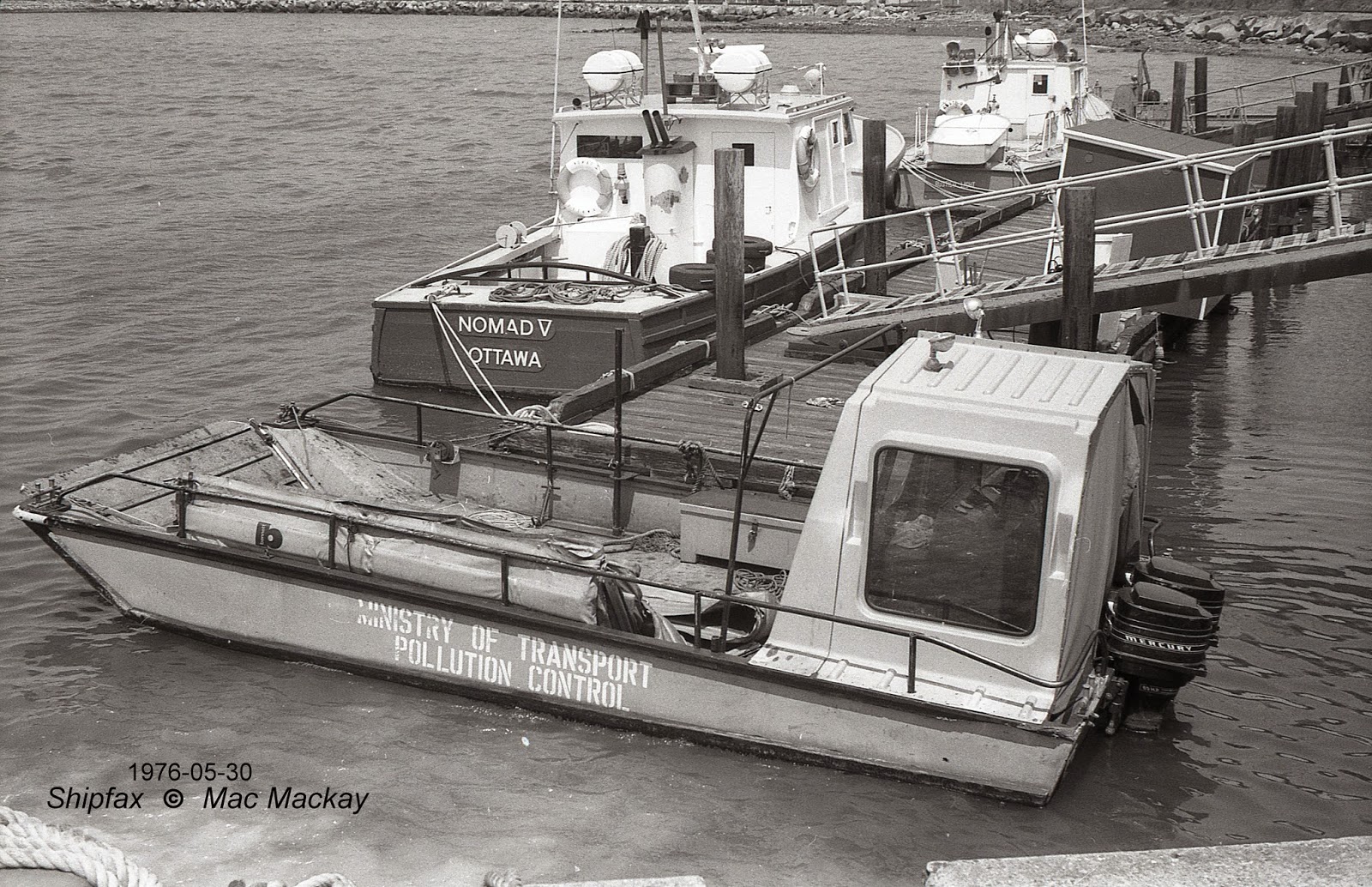 Nomad V and Rustico Light in the background and a vessel known as the "Seatruck" in the foreground. It was painted bright yellow and outboard powered. It was used for deploying containment booms and for oil spill cleanup. 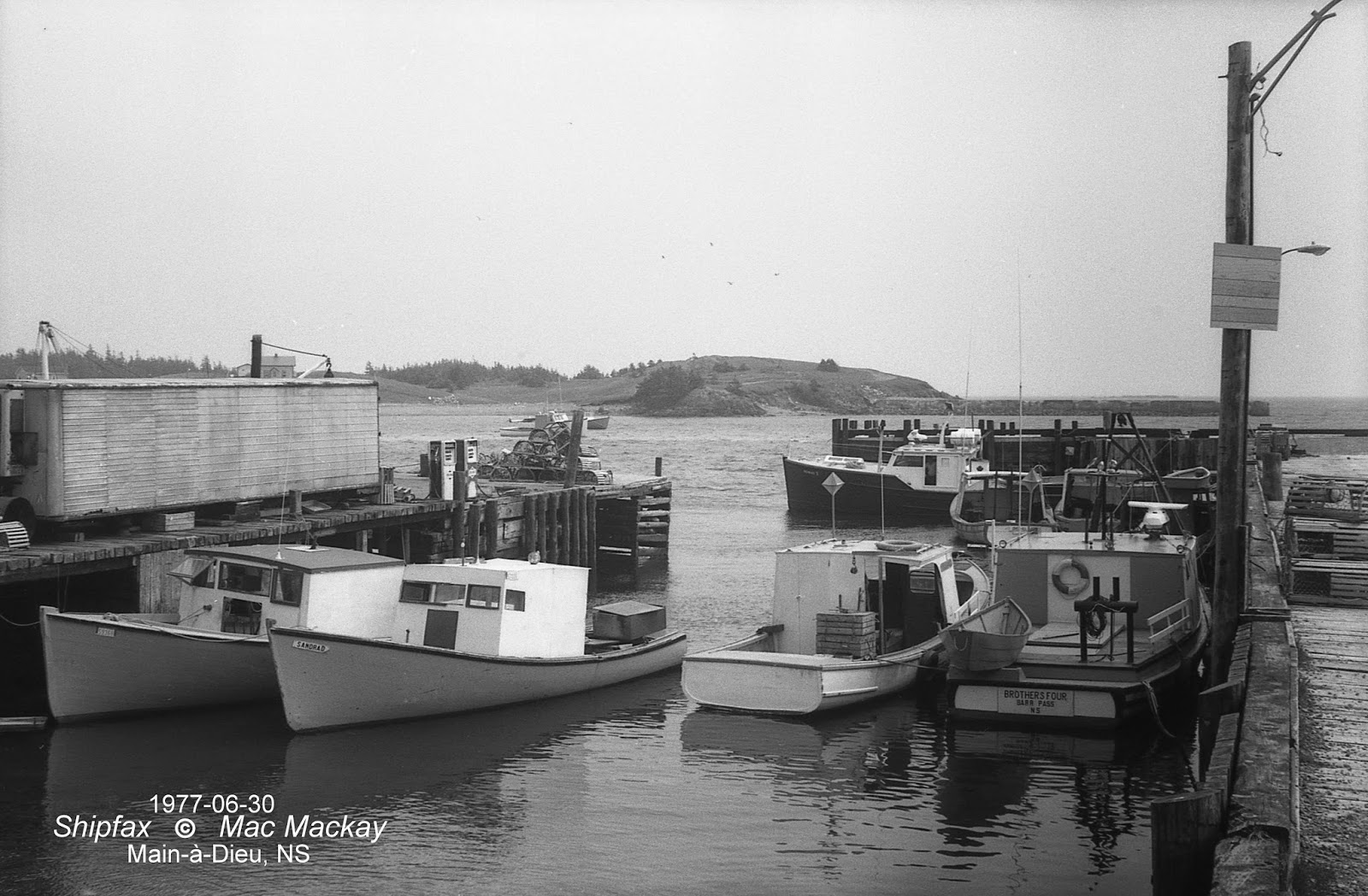 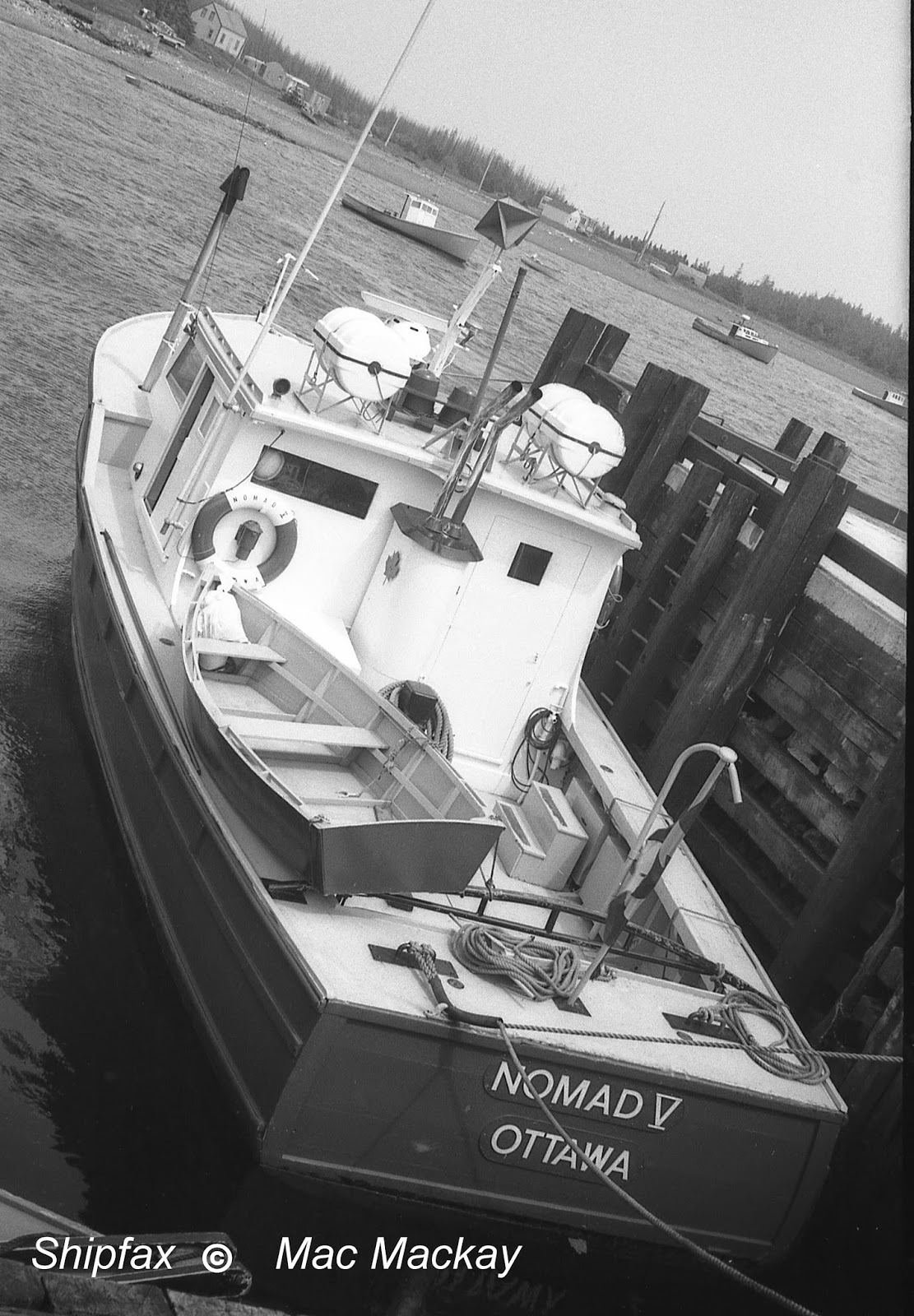 Nomad V was a general workboat, even acting as relief pilot boat in Halifax for a time in 1973. It was sent to remote locations such as Main-à-Dieu, Cape Breton, which was inaccessible to larger vessels.

In 1986 it was sold to Good People Sea + Services Ltd, operators of the marine railway in North Sydney. They renamed it Shelly Loran but is register was closed in 1988. 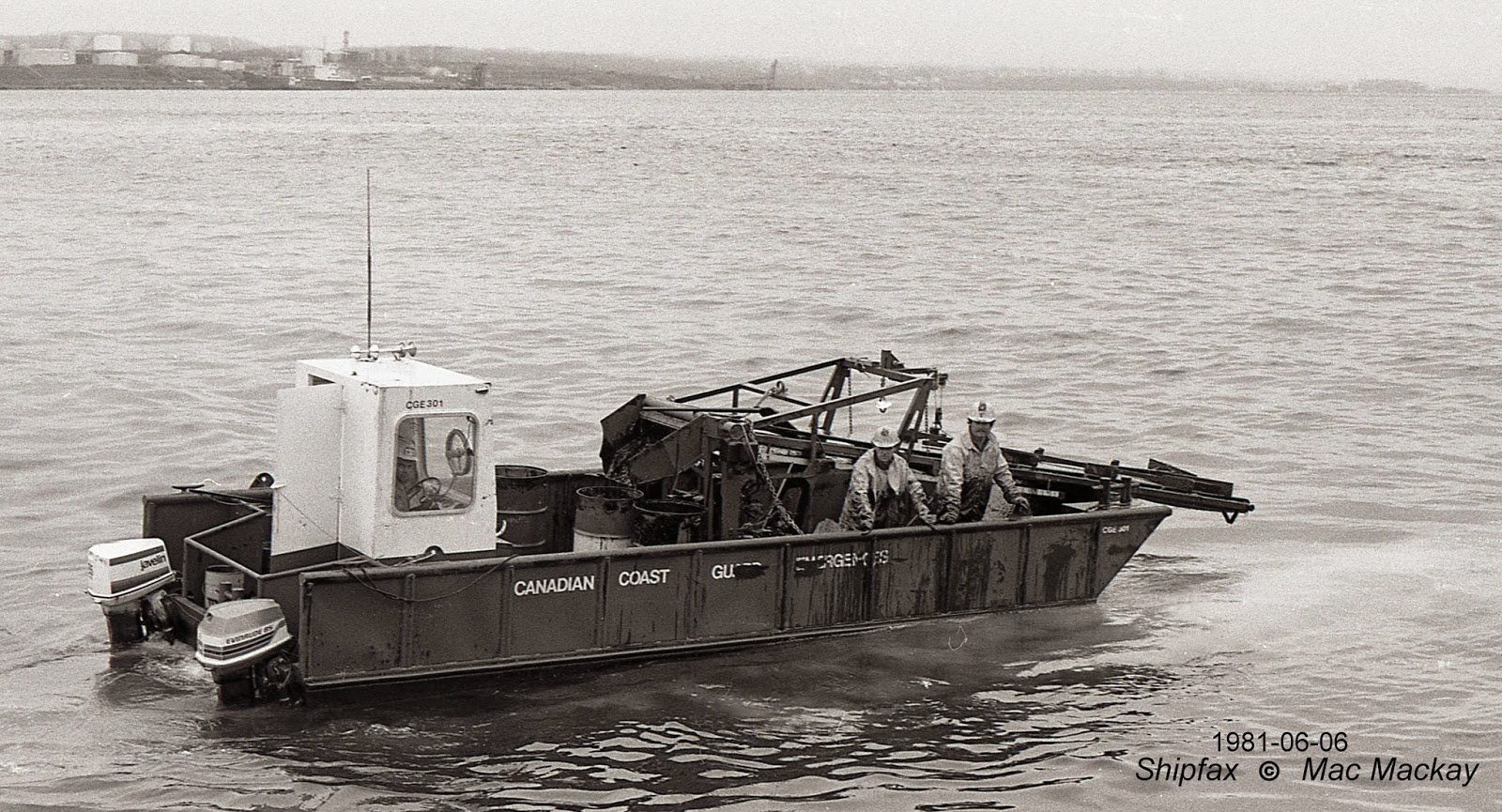 CGE 301 was equipped with a "slick licker" for oil spill cleanups. An unenviable task.

Larger Coast Guard craft carried their own small craft for tending to buoys or for beach landings. 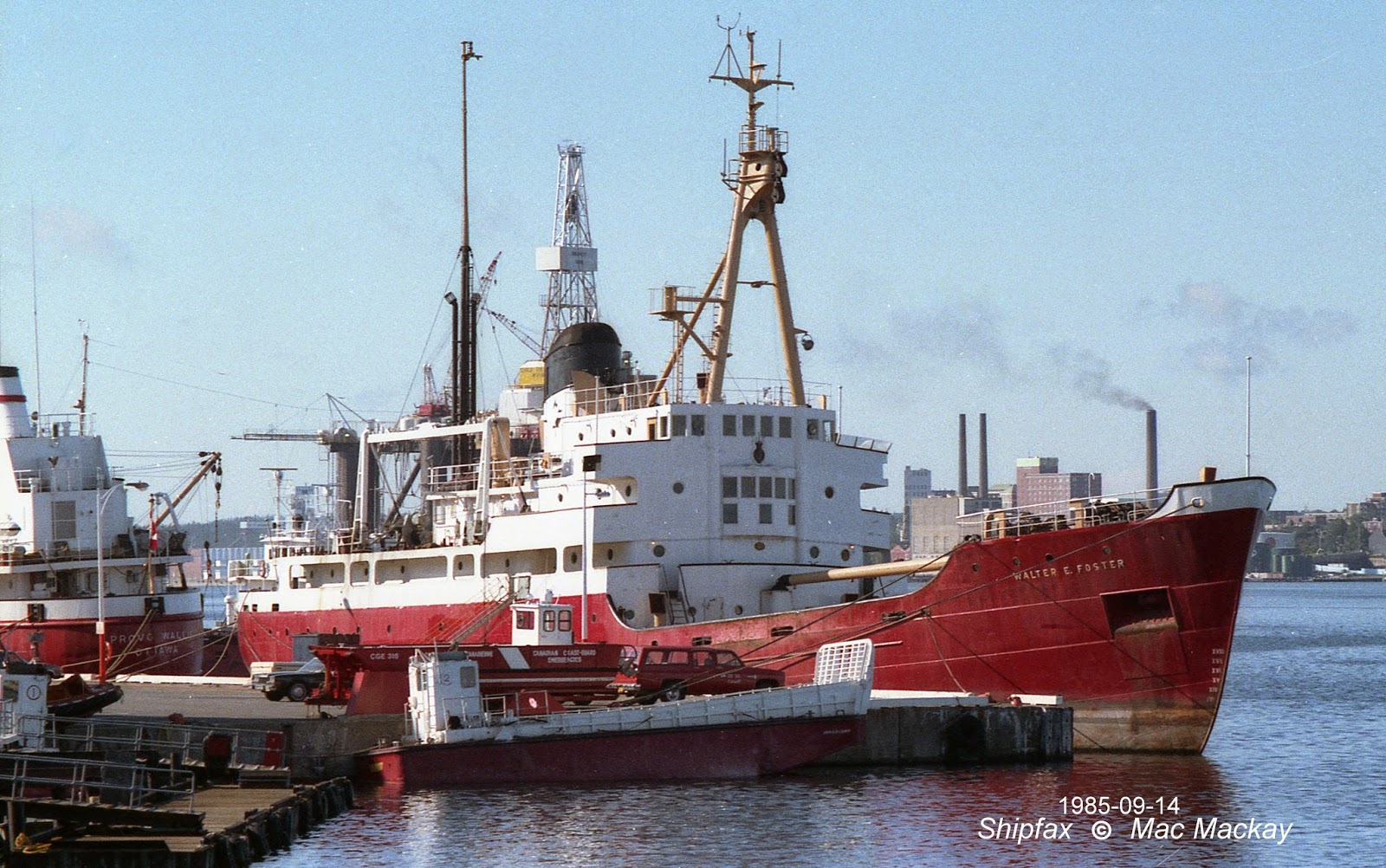 The laid up Walter E. Foster forms the backdrop for a very beat up landing craft from the Louis S. St-Laurent, and CGE 301 hauled out on the dock. The Foster's landing craft has been removed, and its gantry davit stands empty. 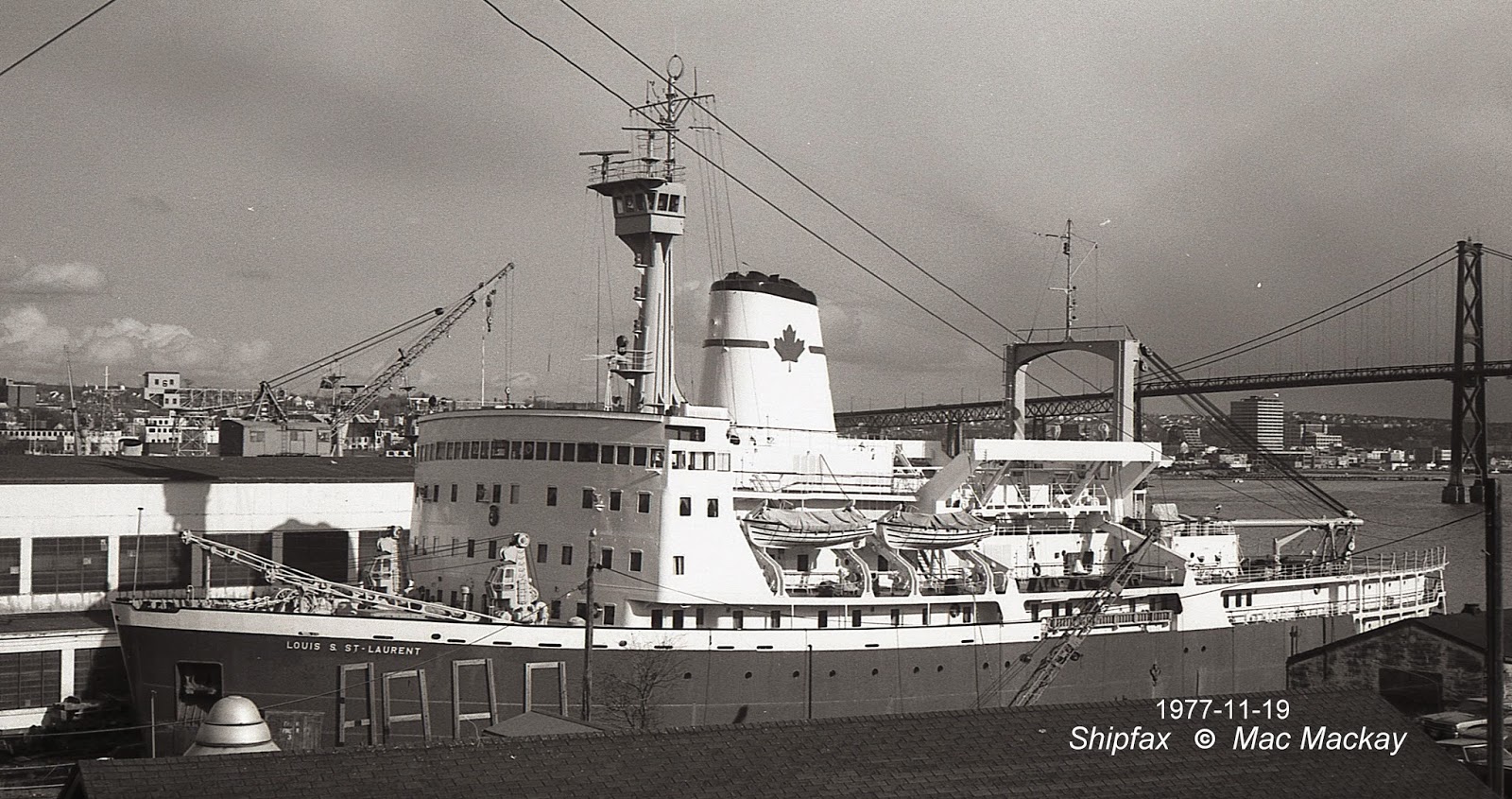 When the Louis was in refit the landing craft was usually removed, so it was possible to see the huge davit gantry that could carry the weight of a fully loaded landing craft.

When ready for sea, the landing craft was nestled in place. 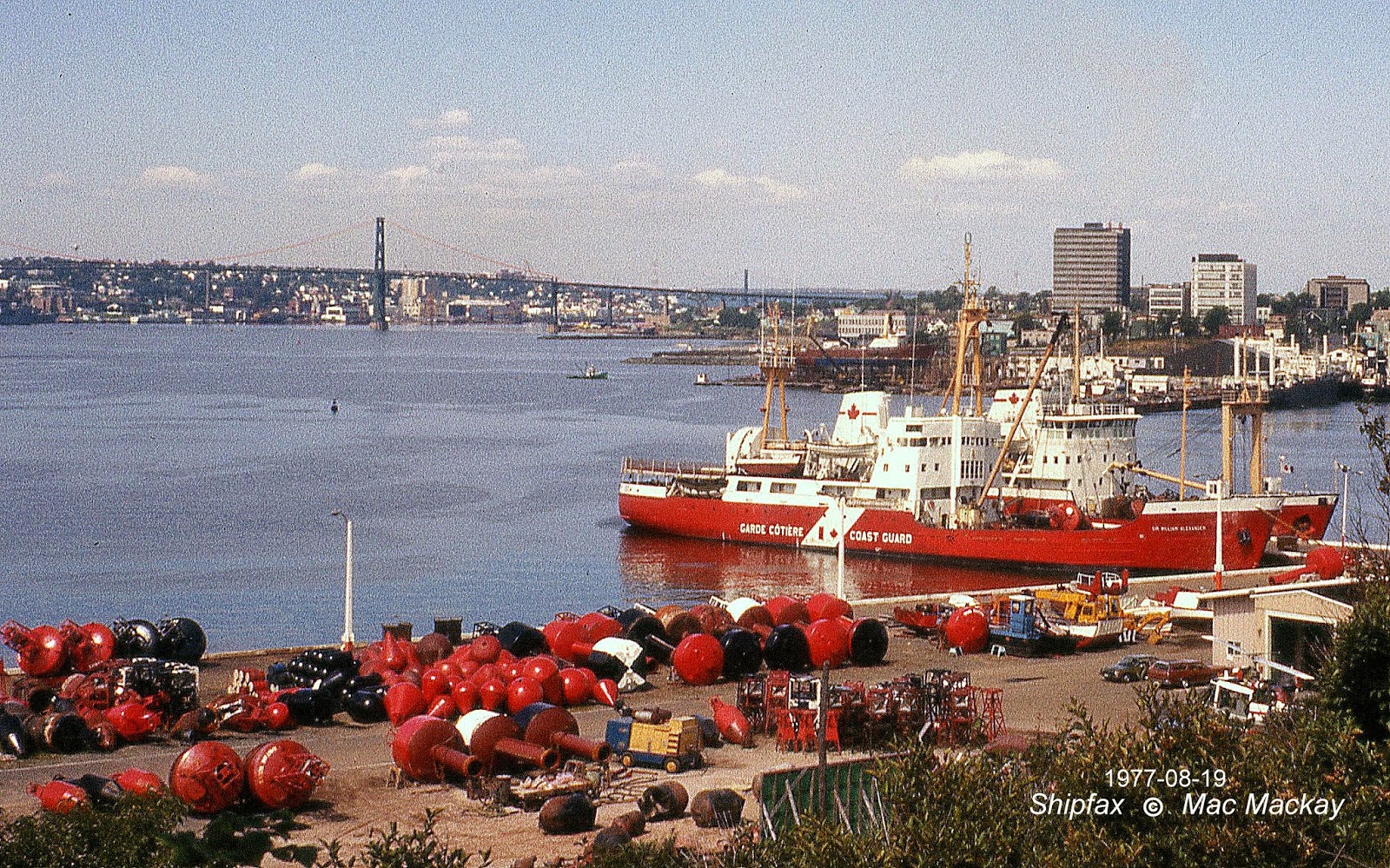 With Sir William Alexander and Provo Wallis alongside, the south yard of the base was full of buoys. It also had a few small craft under repair and if you look closely on the far right, a helicopter.
.
Posted by Mac at 7:24 AM