The Norwegian Seabed Prince tied up at pier 27 today to load gear for work offshore. The ship will be working for Secunda Canada to accommodate a dive team and and ROV to work on the export gas pipeline at the Thebaud field off Sable Island.
Work will include placement of grout bags, reinforcing bars, and weighted mattresses on the seabed. to hold down and prpotect the pipleine.

As a Norwegian ship, it has been granted a coasting license since no suitable Canadian vessel was available to do the work. The license is to expire December 31. 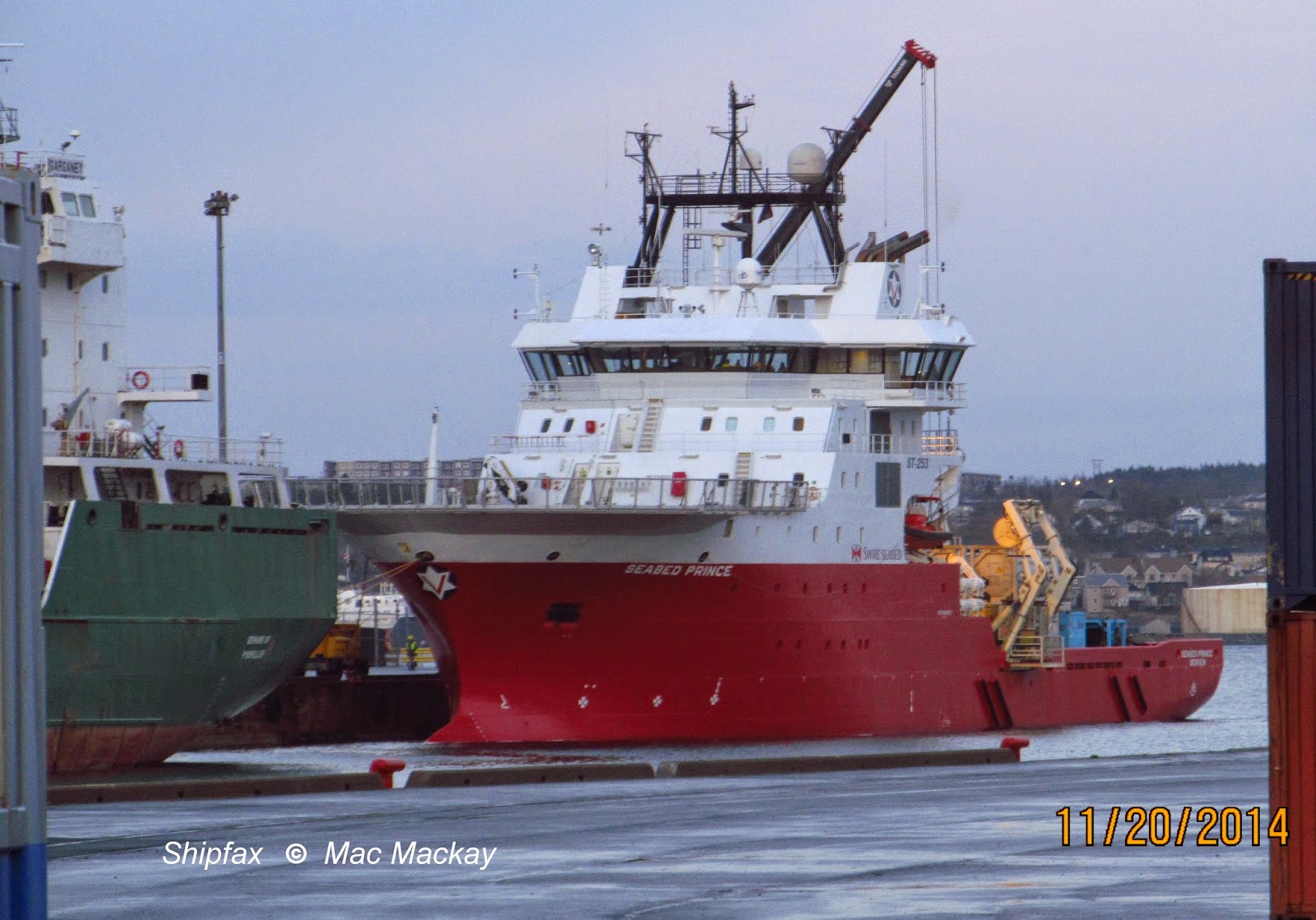 A shore based crane loads gear aboard Seabed Prince at pier 27.

The ship's hull was built by the Yildirim shipyard in Tuzla, Turkey, but construction was completed by Baatbygg, Raudeberg, Norway. Laid down as Acergy Merlin it was completed in 2009 as GSP Prince for owners Volstad Shipping AS of Aalesund and managers Troms Offshore Management. In 2012 management was taken over by Swire Seabed Shipping of Ovre Irvik, Norway. and the ship was renamed Seabed Prince. (Swire is a Hong Kong based shipping conglomerate).

Aalseund is an ancient Norwegian fishing and sealing port with longtime ties to Halifax, but is now also heavily involved in the Norwegian North Sea oil and gas business.