The Alderney ferry schedule has been disrupted due to serviceability issues with the ferry Christopher Stannix. The newest ferry in the fleet is having control problems and has been removed from the Woodside ferry route.With the ferry Woodside I already out of service due to regular maintenance and drydocking in Lunenburg, it leaves Halifax III and Dartmouth III to handle to both routes across Halifax harbor. As of this afternoon, it was Dartmouth III running Halifax/Woodside. (All the boats are supposed to be interchangeable, and any boat can make any run, so the names are not necessarily indicative of the route they serve.) 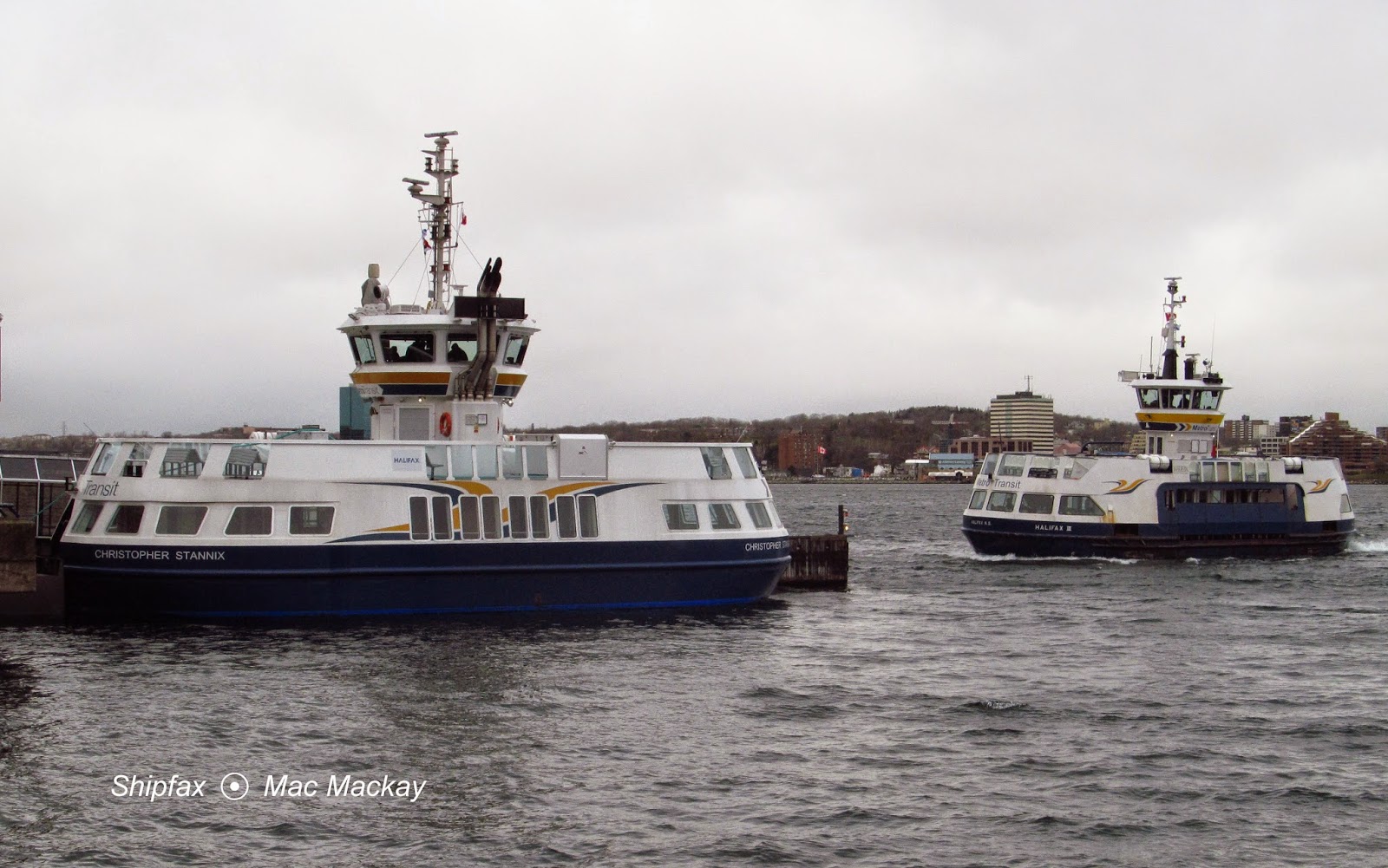 Christopher Stannix is idled at the Halifax terminal and Halifax III approaches from the Alderney terminal in Dartmouth. 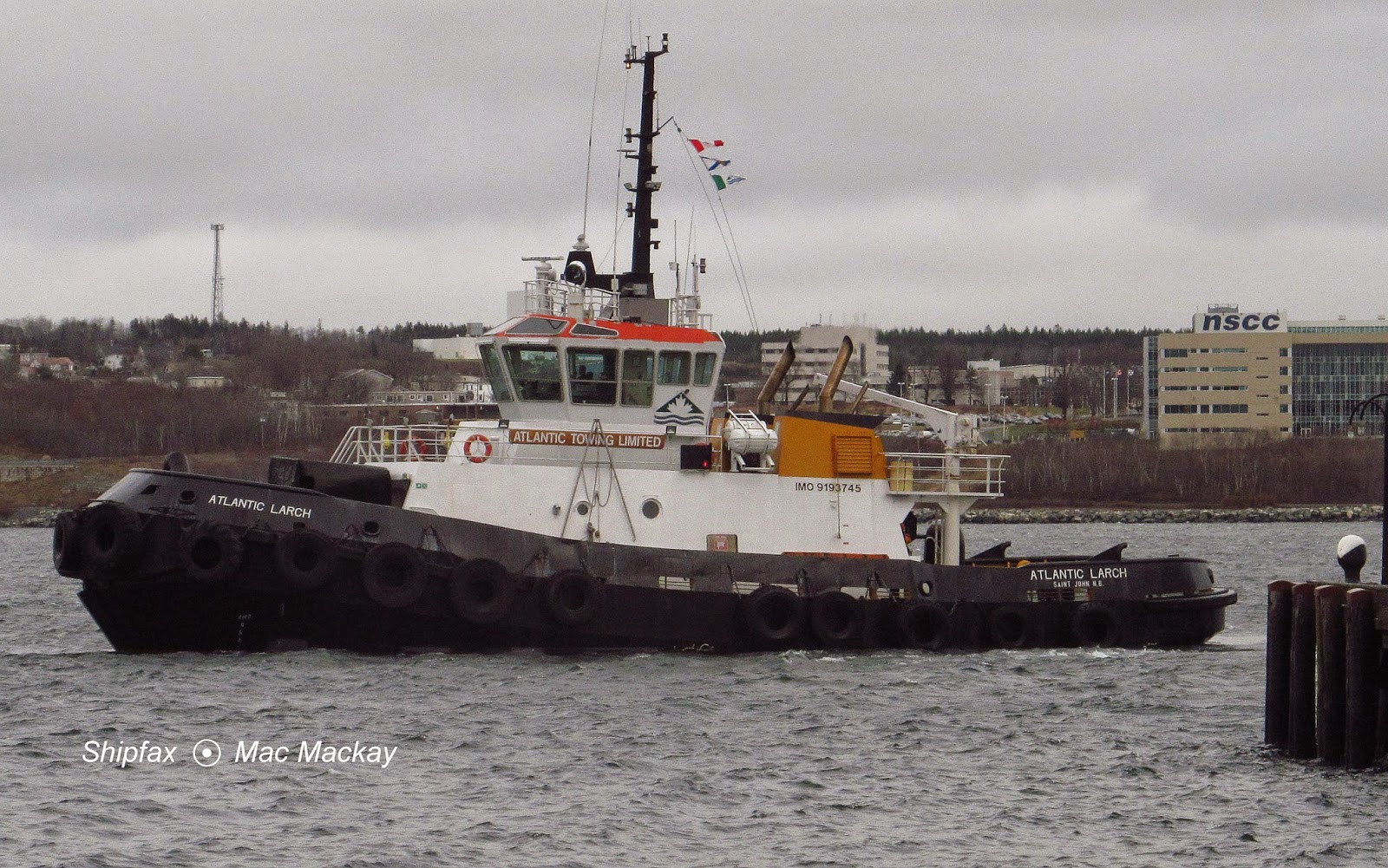 At one point this afternoon, the tug Atlantic Larch was called to stand  by off the Cable Wharf  if needed. 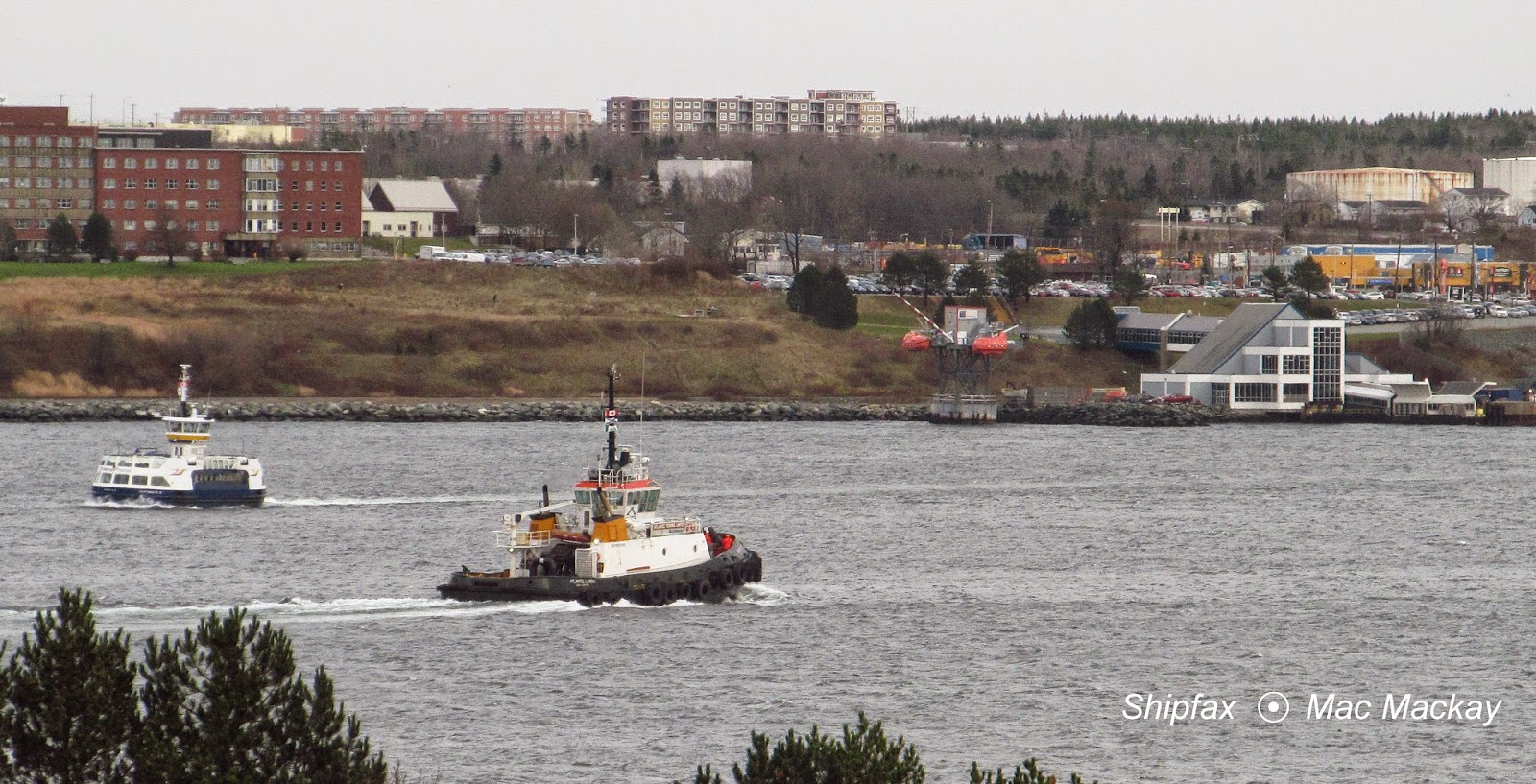 After an hour or so it returned to its dock in Woodside, adjacent to the ferry terminal, as Dartmouth III scuttles across the harbor to Halifax.

Since September 8, the ferry service has been operating on a reduced schedule anyway to allow for the regular maintenance of its boats. When this happens people can use the bus, but that can be a longer ride and not nearly as convenient as the ferry for many.

With two new boats on the way, the first one due next year, the planning was for Halifax Transit to maintain dependable schedules even after retiring the two old boats and scheduling regular maintenance. However I think a fifth boat will still be needed to provide absolutely dependable service at all times.