Clipper Helvetia for the record 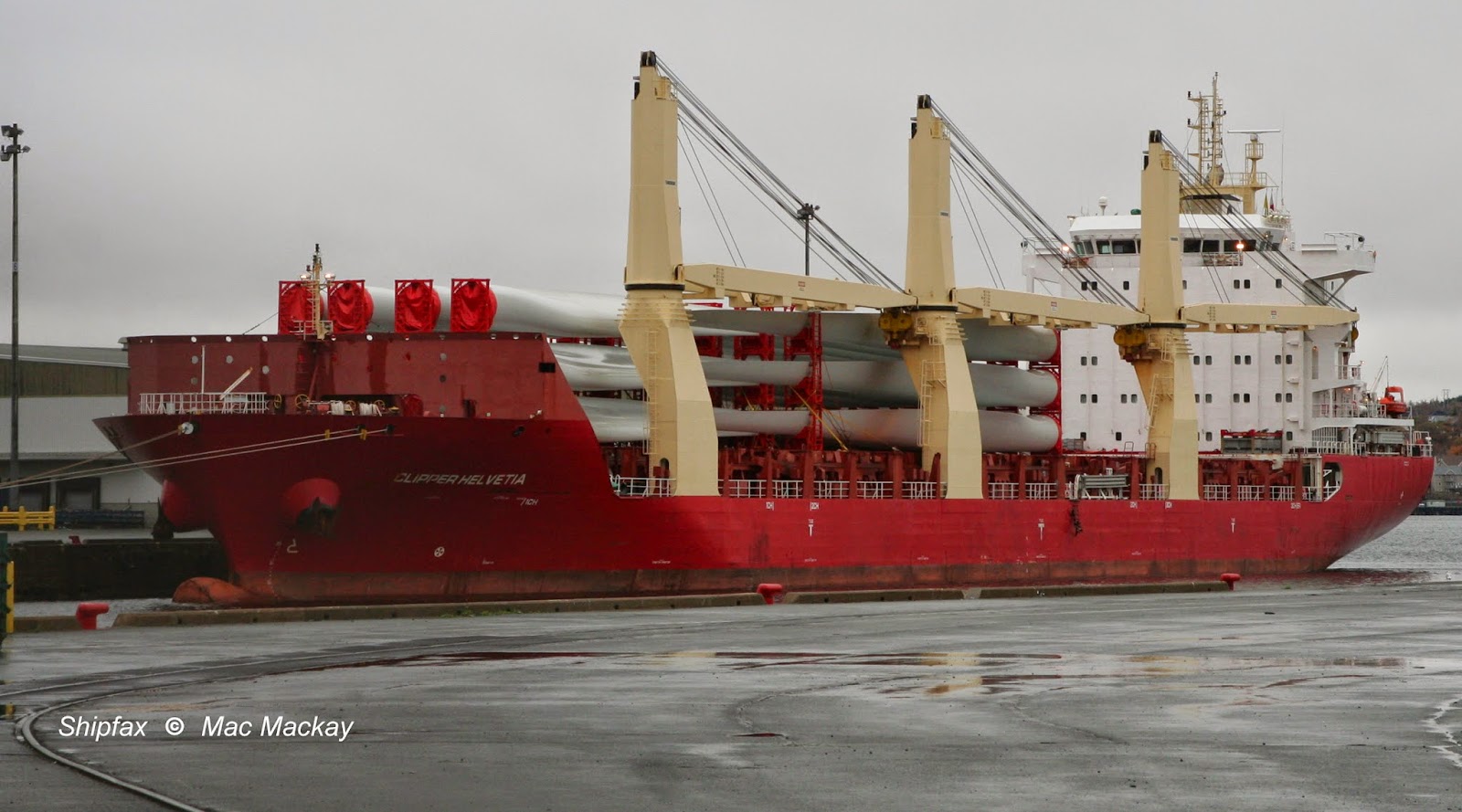 Clipper Helvetia sailed last night [http://shipfax.blogspot.ca/2014/11/clipper-helvetia-look-what-just-blew-in.html]- still with its deck cargo of wind turbine blades. These were not destined for Halifax. Instead the ship unloaded rails from its aftermost hold.
It then went on to Liverpool, NS where the blades are to be unloaded at the former Bowater Mersey paper mill site at Brooklyn. The site is being used as the staging point for the blades for transport overland to the South Canoe Wind Farm near New Ross.
There will be 34 turbines at the South Canoe site when it is completed.
By coincidence, the blades come through the port of Bilbao, Spain and so do rails for CN. The ship was able to combine the two cargoes.