This morning, early, the Canadian Naval Auxiliary tug Glenside arrived towing the Royal Canadian Navy's Maritime Coastal Defence Vessel Summerside from Shelburne, where it has been refitted by Irving Shipbuilding Inc's Shelburne Marine Shipyard.  It was a case of Side (towed) by Side.

Once the pair were well inside the harbour and just before reaching the ferry track, one of the pup tugs came along to assist in wrangling the Summerside to her berth. 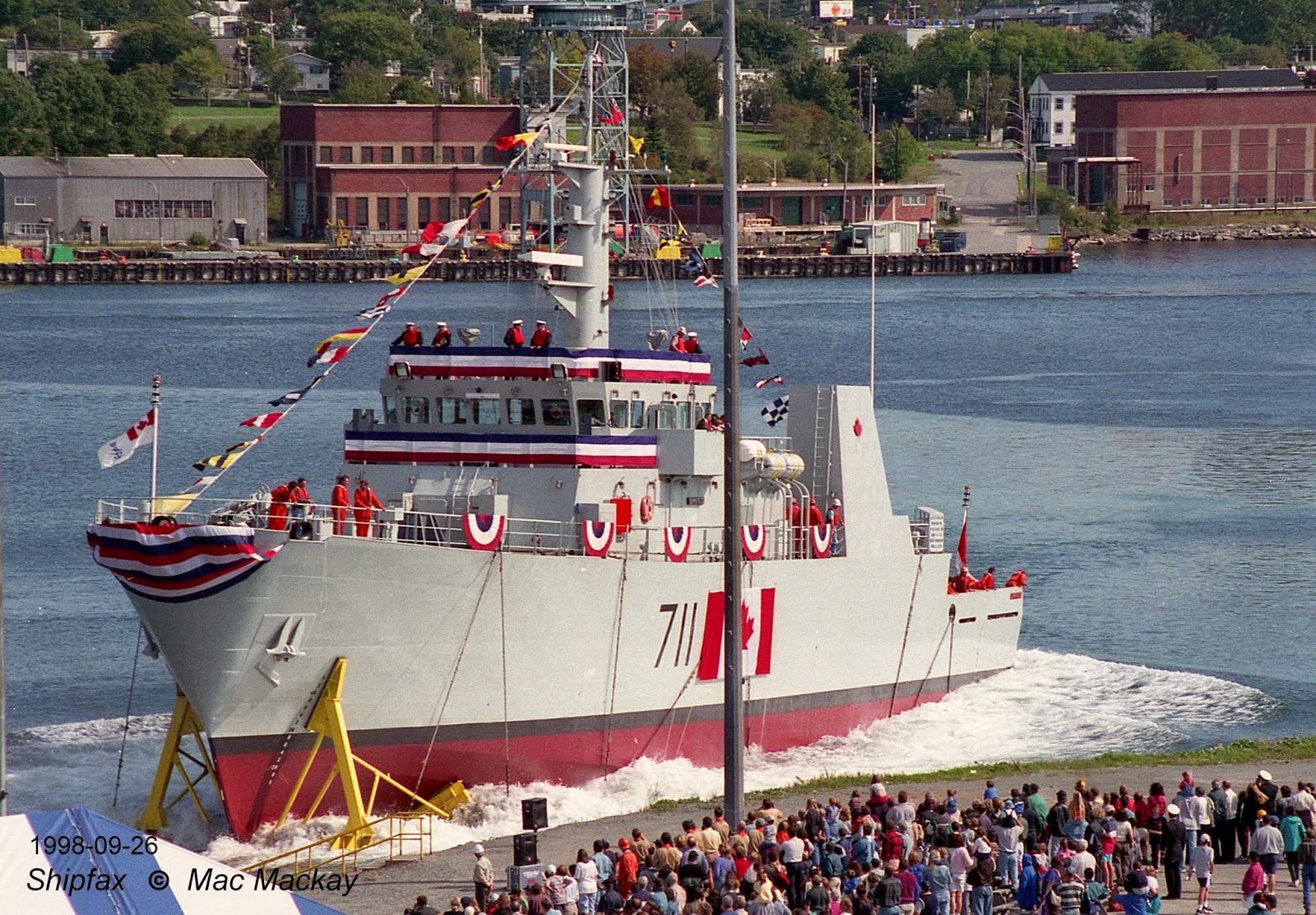 HMCS Summerside MM 711 was the last of the twelve Kingston class built at Halifax Shipyards. Its keel went down on March 28, 1998 and it was launched with much ceremony September 26, 1998 in an advanced state of completion. 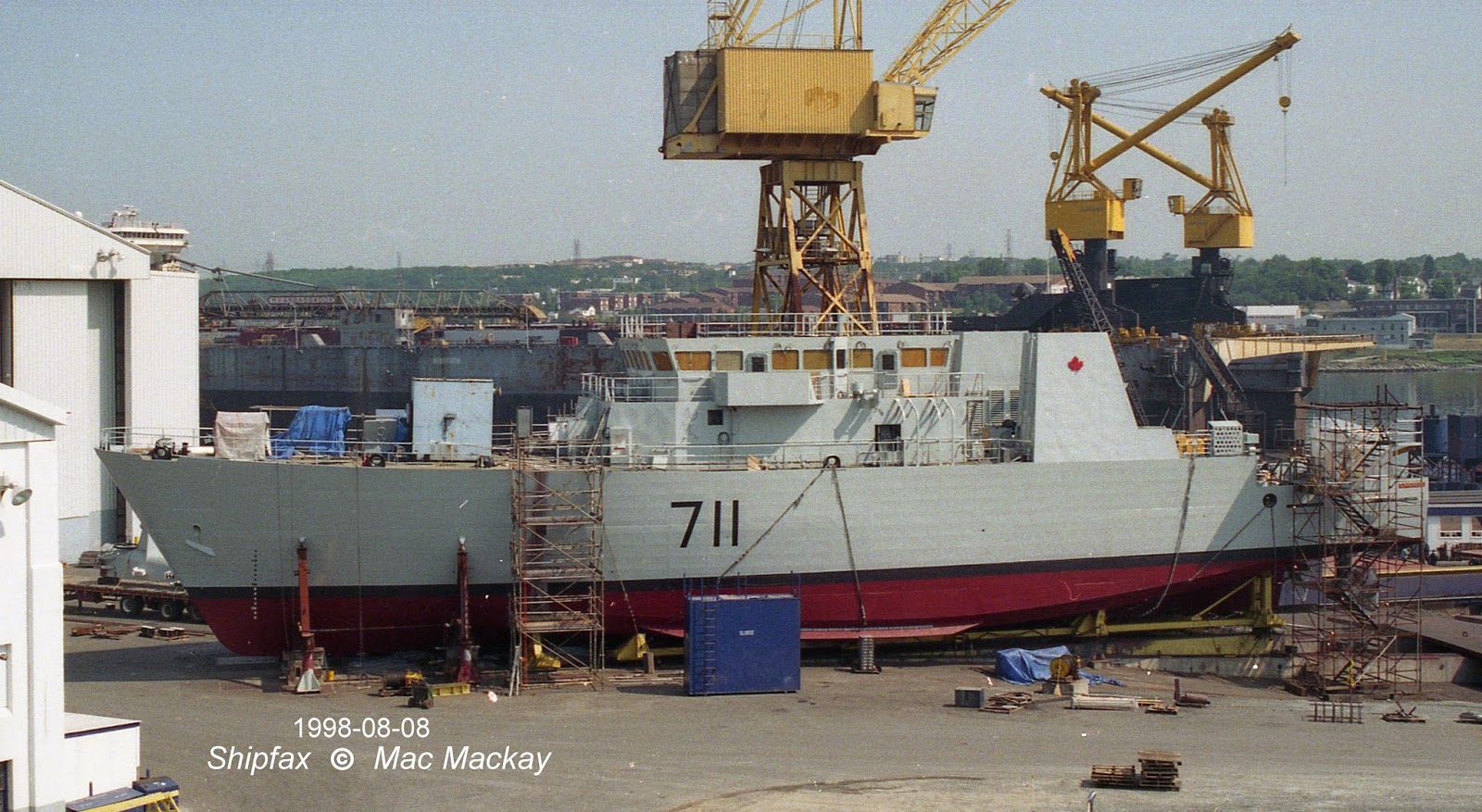 The bow section was built in Georgetown PE by Irving Shipbuilding's Eastisle Shipyard, barged to Halifax and joined with the hull in August.

The inbound Summerside passes the outbound Kingston in Halifax.

Since then the ship has traveled widely, including the Arctic in 2013 and exercises in the Caribbean in July 2014.

The future of the Kingston class vessels has apparently been decided. Normally they would have been scheduled for mid-life refits, starting in about 2020. This would extend their lives to more than fifty years (2045-2055). Instead the $100mn program was scrapped and the ships will run out their normal lives, with decommissioning beginning in 2026 for Kingston and ending in 2029 for Summerside. By that time other vessels will have taken over their patrol duties (for which they were never designed originally anyway).

In the meantime at least two boats on each coast will be always be in mothballs, (Moncton and Goose Bay are the current ones on this coast apparently) for two years at a time, to reduce costs.

Built as mine counter measure vessels originally, and built to commercial ship standards, the patrol duties were thrust on them, and then the ships were deemed to be too small and too slow (duh).

What with shortages of available crews and mothballing ("extended readiness" ) and normal refits, there will generally be two to three such boats in active service on each coast at any given time until 2020.Whether in fact they will really last until the projected decommissioning dates is any body's guess.