The Coast Guard's heavy icebreakers based in Halifax in 1984 were Labrador, John  A. Macdonald and Louis S. St-Laurent. It was a trick to get all three ships in the same photo, so I had to dig a bit deeper into the shoe box for this 1982 photo:

John A. Macdonald, Louis S. St-Laurent and Labrador at the Coast Guard base in Dartmouth. 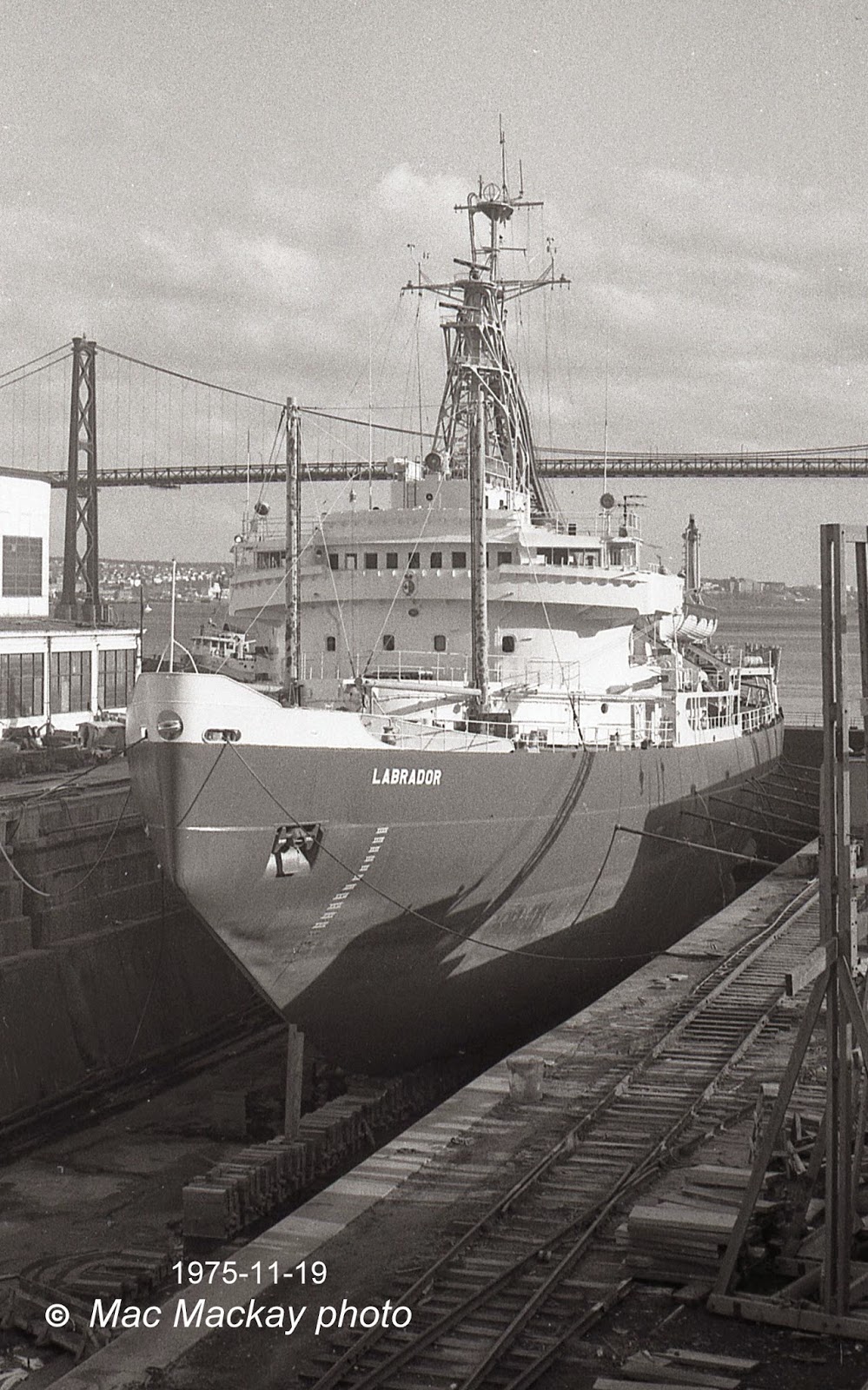 CCGS Labrador in the graving dock at Halifax Shipyard

Built for the Royal Canadian Navy but unceremoniously transferred to the Minister of Transport in 1958, Labrador was the first naval ship to complete a Northwest Passage and the first naval ship to circumnavigate North America: Halifax to Halifax July 23 to November 21, 1955. Built by Marine Industries Ltd in Sorel, QC in 1953 and based on the USCG Wind class, it acquitted itself well in CCG service, and probably broke a lot more ice than it ever would have for the RCN.
Nearing the end of its working life in 1984, it was finally laid up in 1987 and renamed 1210 in February 1988. In September of that year it was towed out of Halifax by the Polish operated tug Rembertiturm. Upon reaching Balboa, 1201 was left while the tug returned to Mobile, AB for USCG Westwind and on return to Panama took the ships in tandem tow for Taiwan. The tug was sold en route, renamed Ocean Range and handed over the tow to Pacific Rescuer. The trio arrived in Kaohsiung June 24, 1989. 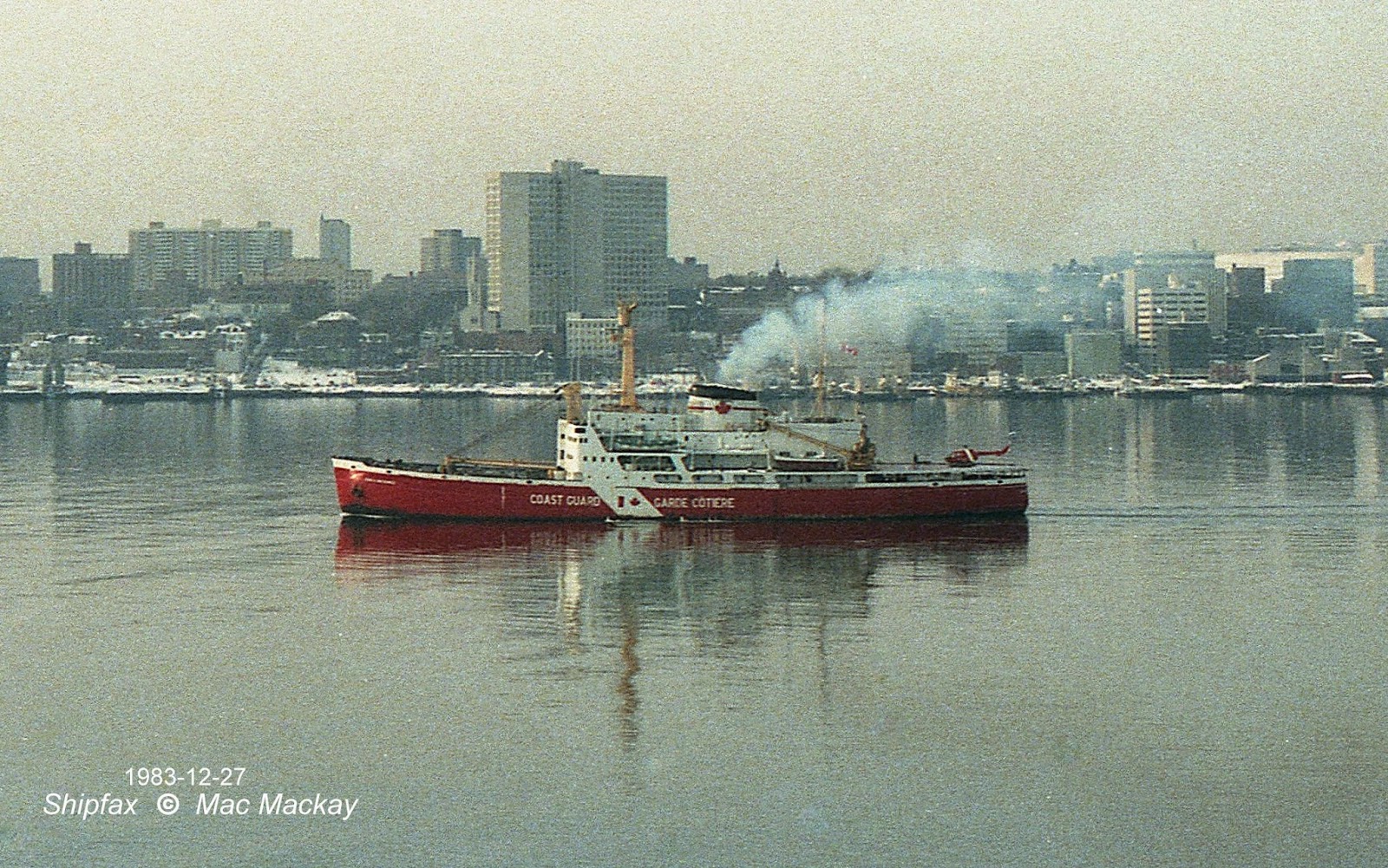 Arguably the finest icebreaker the Coast Guard ever operated, John A. Macdonald did many remarkable things in its 31 year career. Built in 1960 by Davie SB+R in Lauzon, QC, the 15,000 shp triple screw diesel electric ship broke through the Northwest Passage in 1967 to rescue fleetmate Camsell from ice in the western Arctic, then broke out USCG Northwind north of Point Barrow, returning to Halifax via Panama. In 1969 she escorted the tanker Manhattan both ways in the Northwest Passage, and in 1975 rescued Camsell again.

She was not so fortunate in 1984 when she broke a prop blade while breaking out the Irving Oil tanker Arctic in the high north. On November 7, 1984  CCGS Louis S. St-Laurent was sent to assist in getting the John A. back to base by about December 1. John A. went into the Novadock floating drydock at Halifax Shipyard December 3 and completed repairs and the fitting of a new prop December 19.
The ship received a life extension refit in 1987, and despite more distinguished service the ship made its paying off trip in Halifax harbour December 2, 1991. It was renamed 1201 in 1992 and left Halifax November 22, 1993 in tow of the Dutch tug Elizabeth for India. 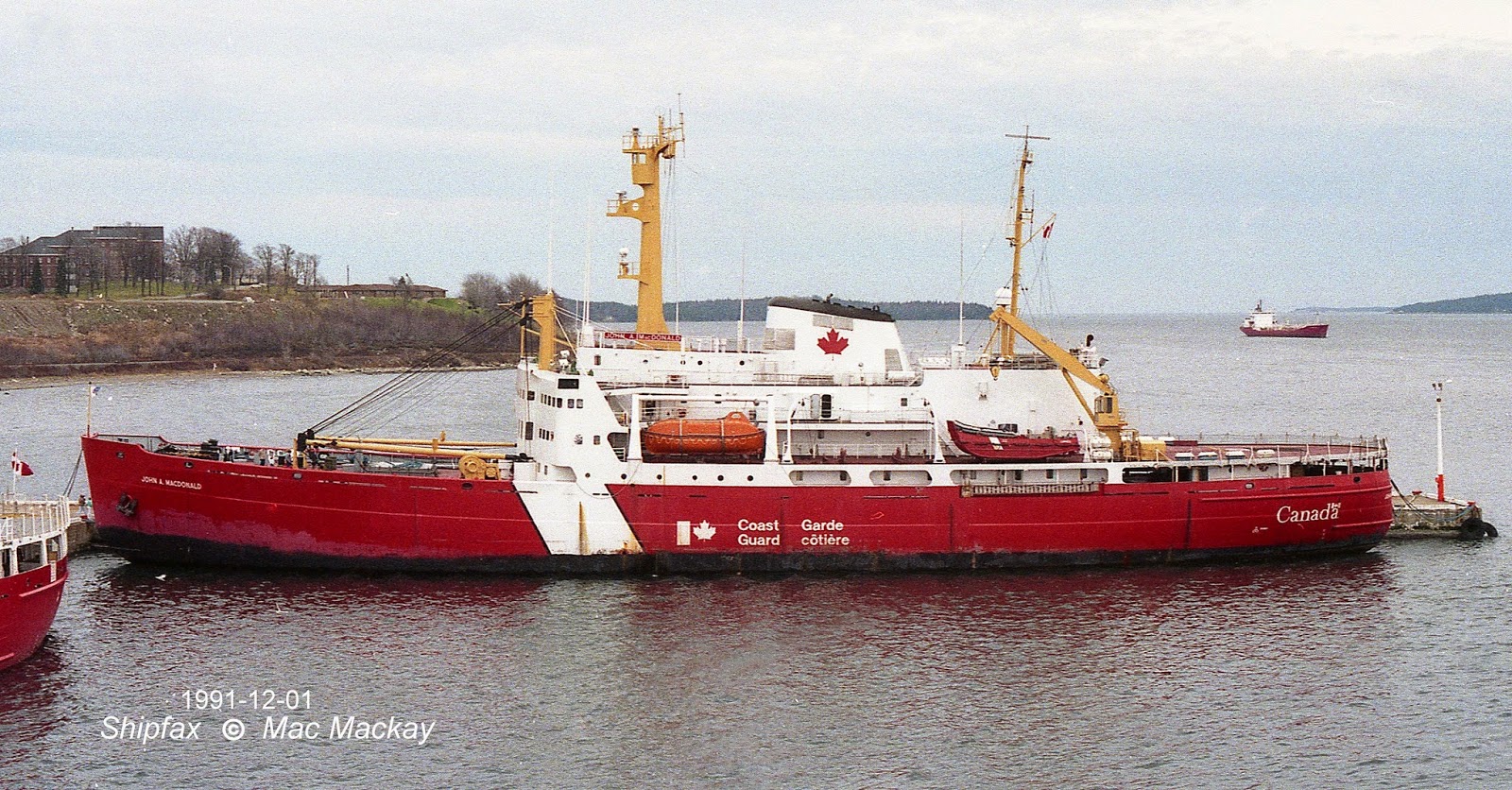 The day before its paying off trip John A. Macdonald looked amazingly good. 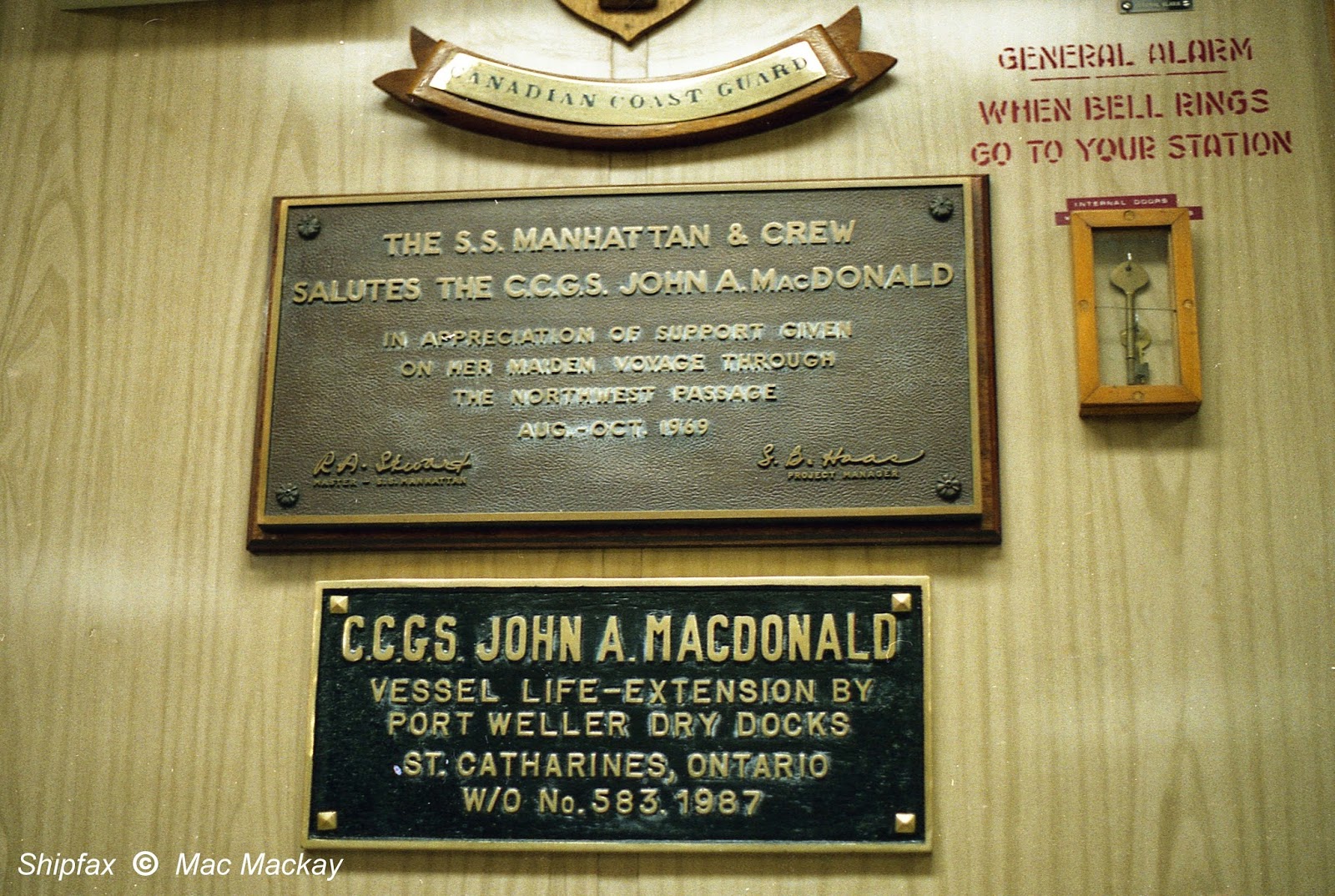 Many plaques and other mementos of its activities lined the bulkhead. The Manhattan trip held pride of place (despite the misspelling of the ship's name!). The 1987 refit, only four years before was not enough to save it from the ax. 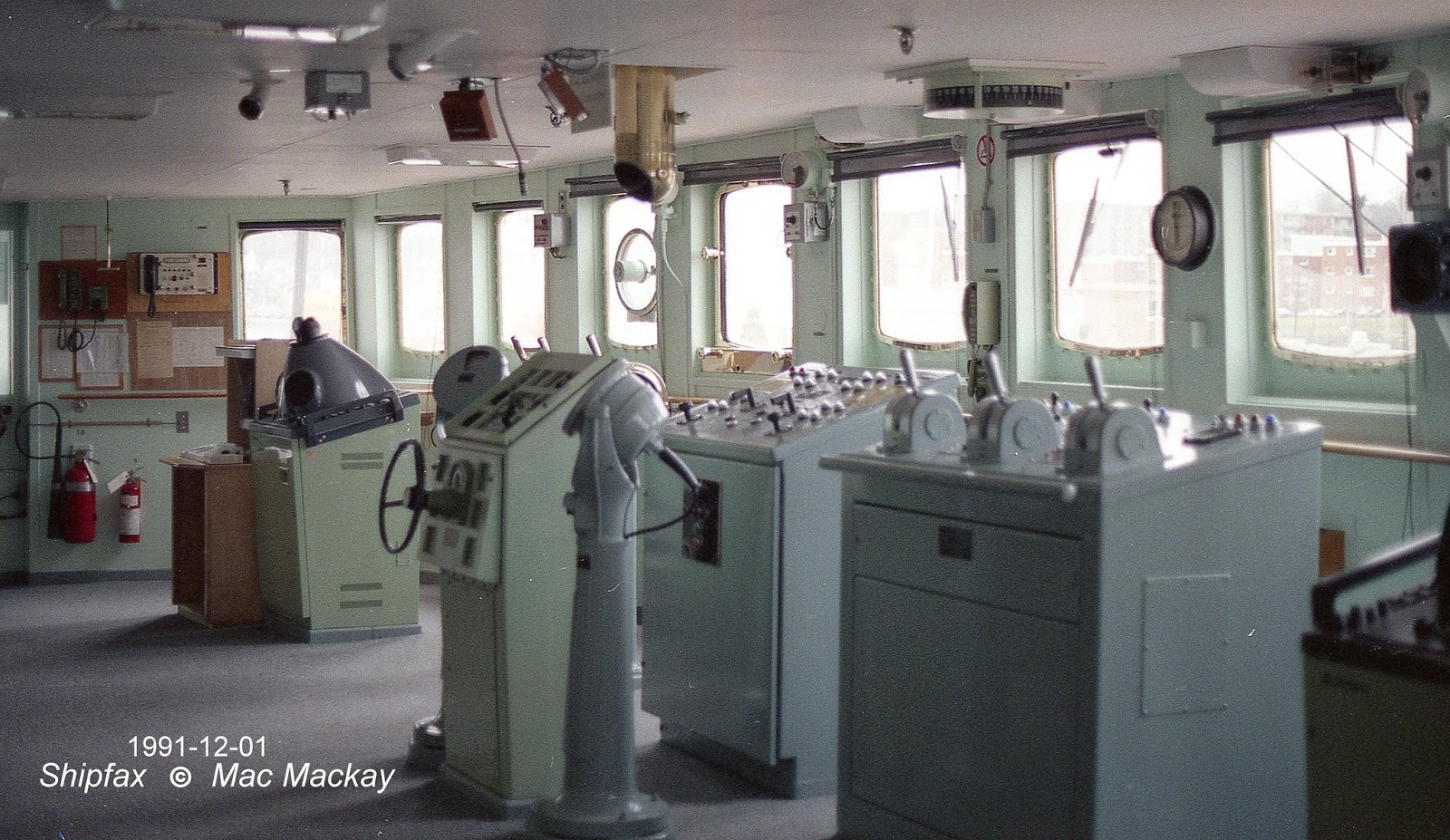 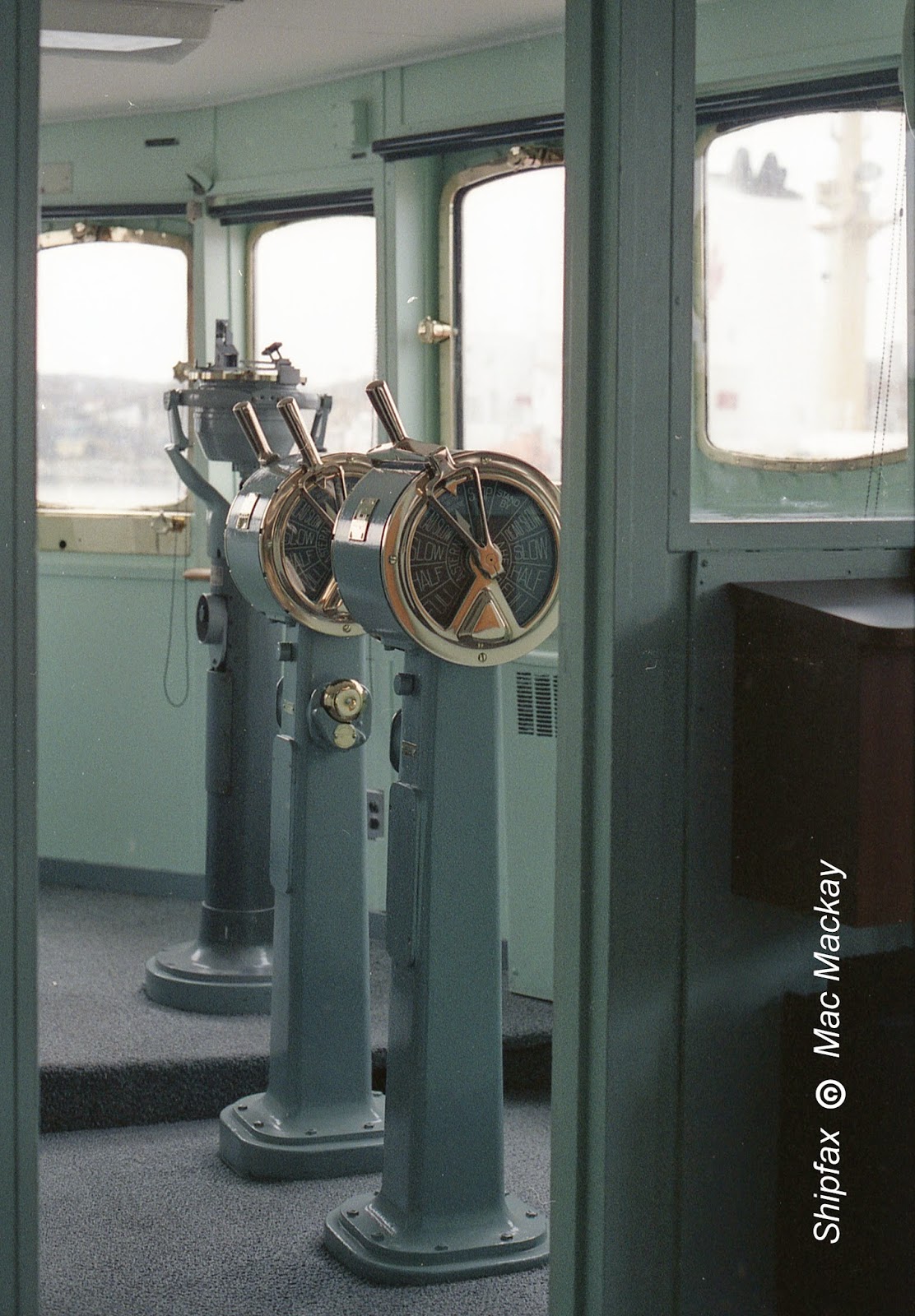 Louis S. St-Laurent is still with us and will be be for many more years. As stated above, it was thirty years ago that the Louis was called out to fetch John A. Macdonald, but it was during the famous Manhattan voyage that it cut a wide swath around the stalled convoy and impressed even the most jaded arctic hands.
However it was on one of those passes that it acquired the famous "Manhattan crease" which still appears on its hull, starboard side aft, at main deck level. 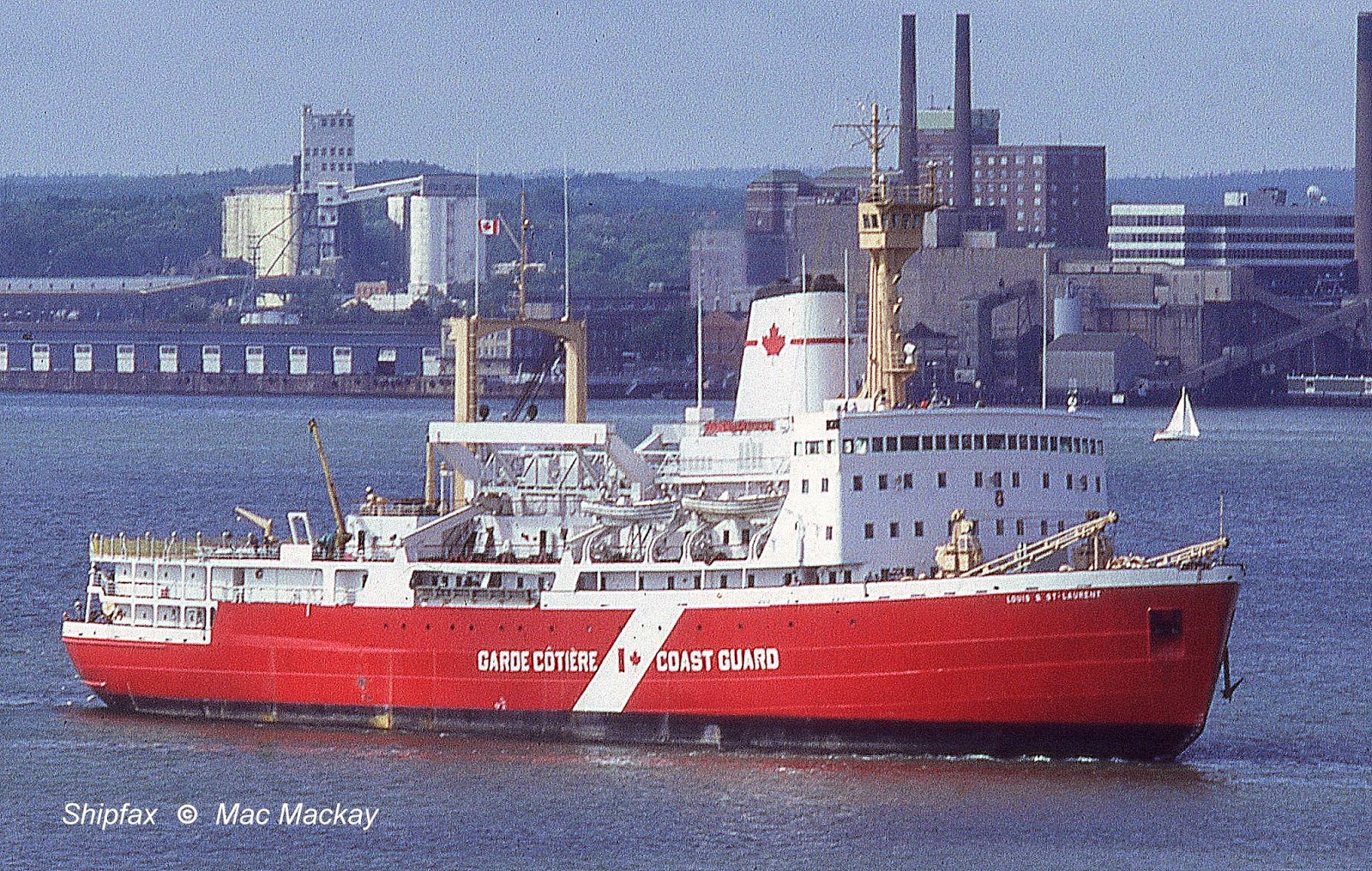 After refits, repowering and an entirely new bow, the Louis looks quite different today, and of course it is no longer based in Halifax. 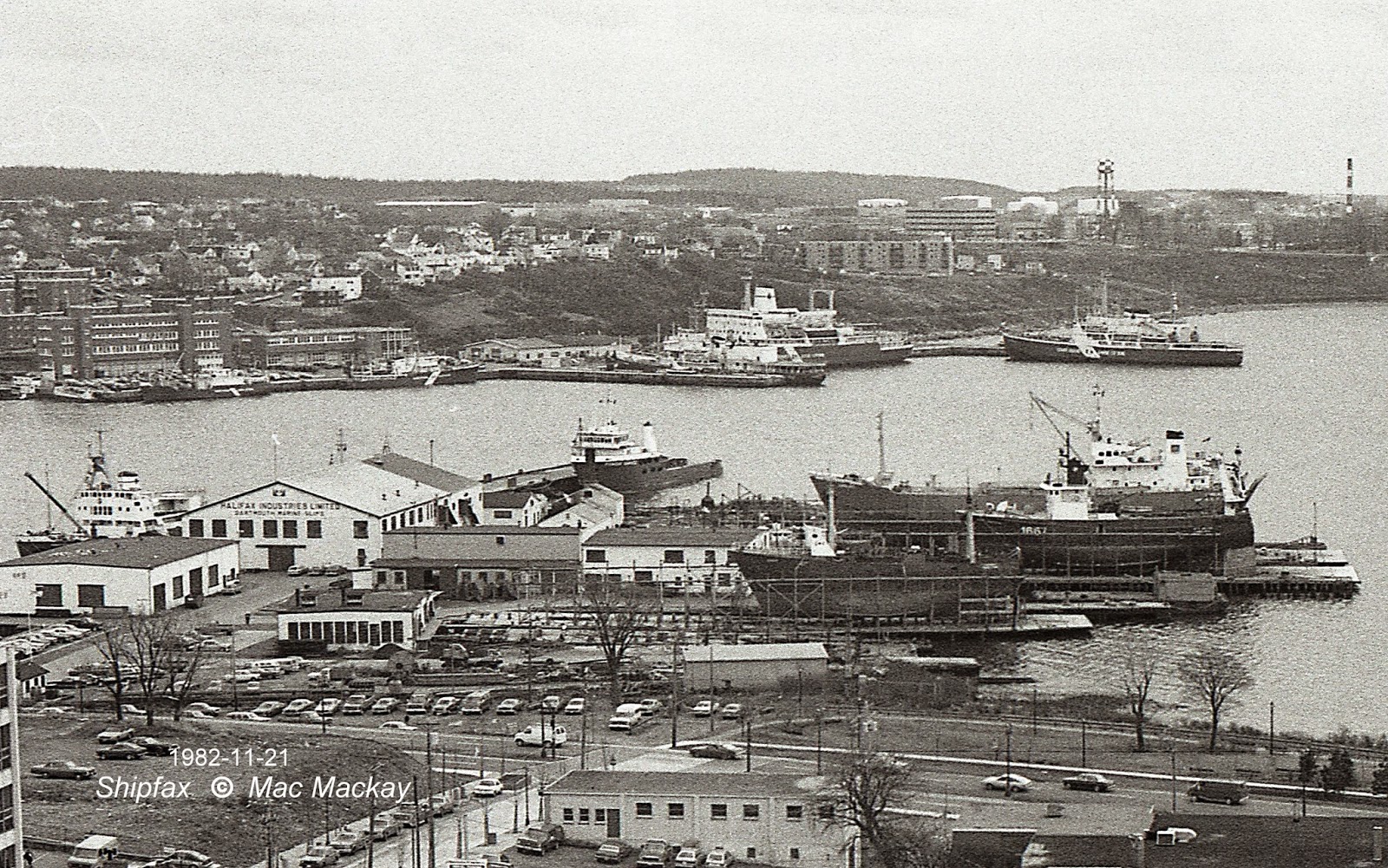 All three icebreakers at the Dartmouth base in 1982, with the Dartmouth Marine Slips in the foreground, as seen from the Queen's Square building. Today's view from the same window would be barely recognizable.