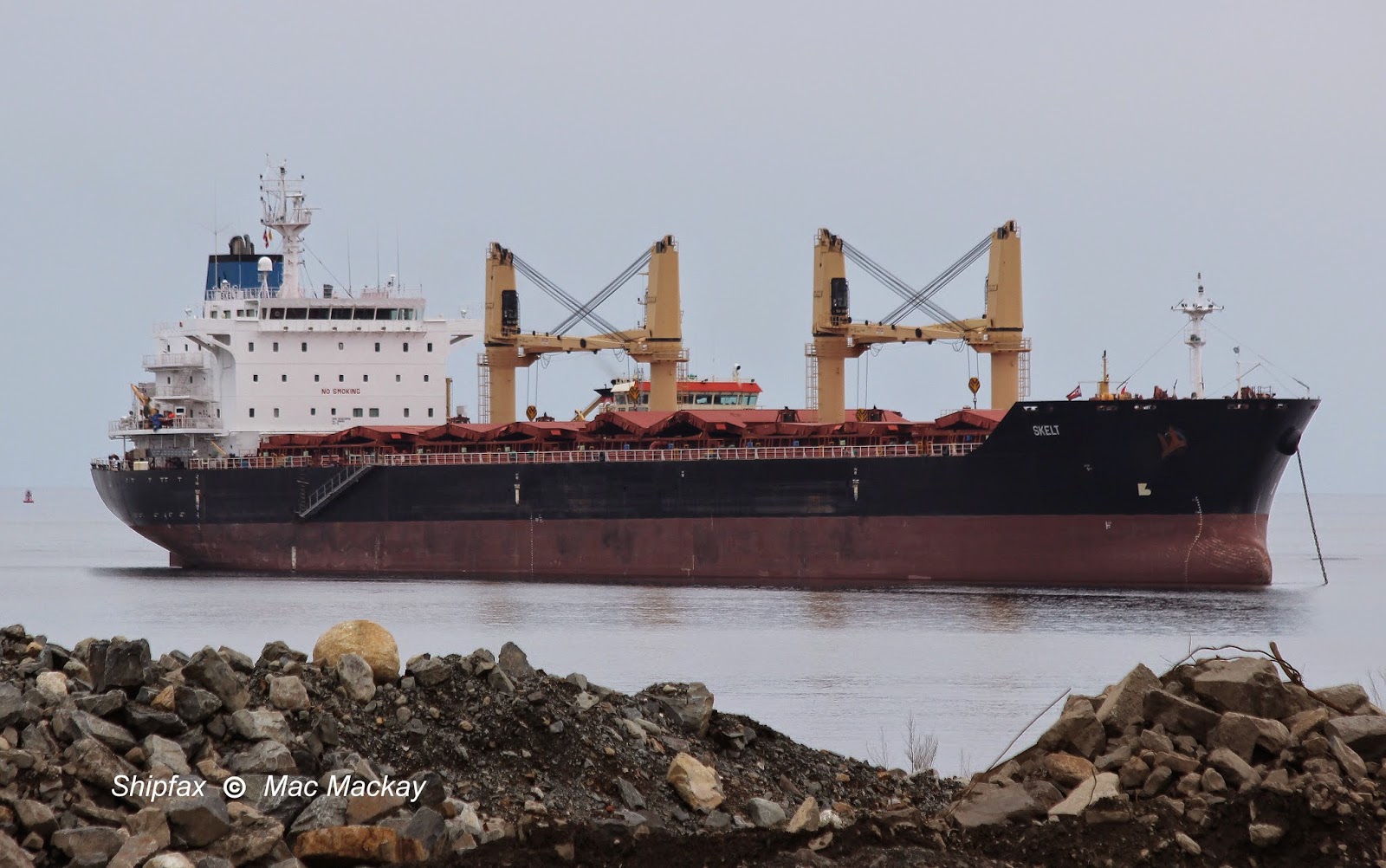 The orange visor of Algoma Dartmouth shows above the deck of Skelt at anchor for bunkers. The ship's hatches are opened slightly to air the holds as part of the cleaning process before loading grain.
The rubble in the foreground is fill from the old Dartmouth Marine Slips site which is under redevelopment as Kings Wharf.

Skelt was built in 2010 by SPP Shipbuilding Co of Tongyeong, South Korea as Stella Alnilam for Singaporean owners, but under management of the Italian company D'Amato. In 2013 the ship was acquired by the Wellard Group and renamed Skelt, also under Singaporean flag. Wellard is a Fremantle, Australia based cattle and sheep producer, and also operates three livestock carriers. http://www.wellard.com.au/home/shipping/  Their web site does not mention this ship however, but as a grain carrier it could well fit into the company's large agricultural interests.

The United States Steel Company founded the Quebec Cartier Mining Co in 1957 to extract iron ore from its mines in Labrador. They built Port Cartier as the terminus for the rail line from the mines, and the location of a pelletizing plant. Since the iron ore was destined for US Steel plants on the Great Lakes, QCM also built  grain storage facilities that allowed the lakes ships to haul grain eastbound and iron ore westbound. The grain could be stored and transshipped on a year round basis
USS sold the operation to Dofasco, Mitsui and Caemi. Mitsui sold its 25% to Caemi, giving it 50%, then Investissemtn Quebec bought 50%, but then Dofasco became sole owners in 2005. In 2006 Arcelor SA acquired the majority of Dofasco but later that year merged with Mittal.
Now ArcelotrMittal Mines Canada operates the Mont-Wright mine, the railway and the pelletizing plant and generates a significant percentage of Canada's iron ore production. Port Cartier, almoist by default ahs also become a significant grain exporting port.