The political spin doctors are at work again, trying to find something positive to say about the Royal Canadian Navy.  Thus the press releases went out playing up the fact that four RCN frigates (two on each coast) have concluded their mid-life refits, and the first will "hit the seas" [where did this expression come from?] in 2015 when HMCS Fredericton will be deployed. HMCS Halifax on this coast should not be far behind.
The story, if there is one, is that the FELEX program is on schedule. Other than that there is really no news here. As ships emerge from Halifax Shipyard and Seaspan, they are handed over to HMC Dockyard where naval and defence contractors' crews complete the remainder of the work within navy territory, and then start work ups. 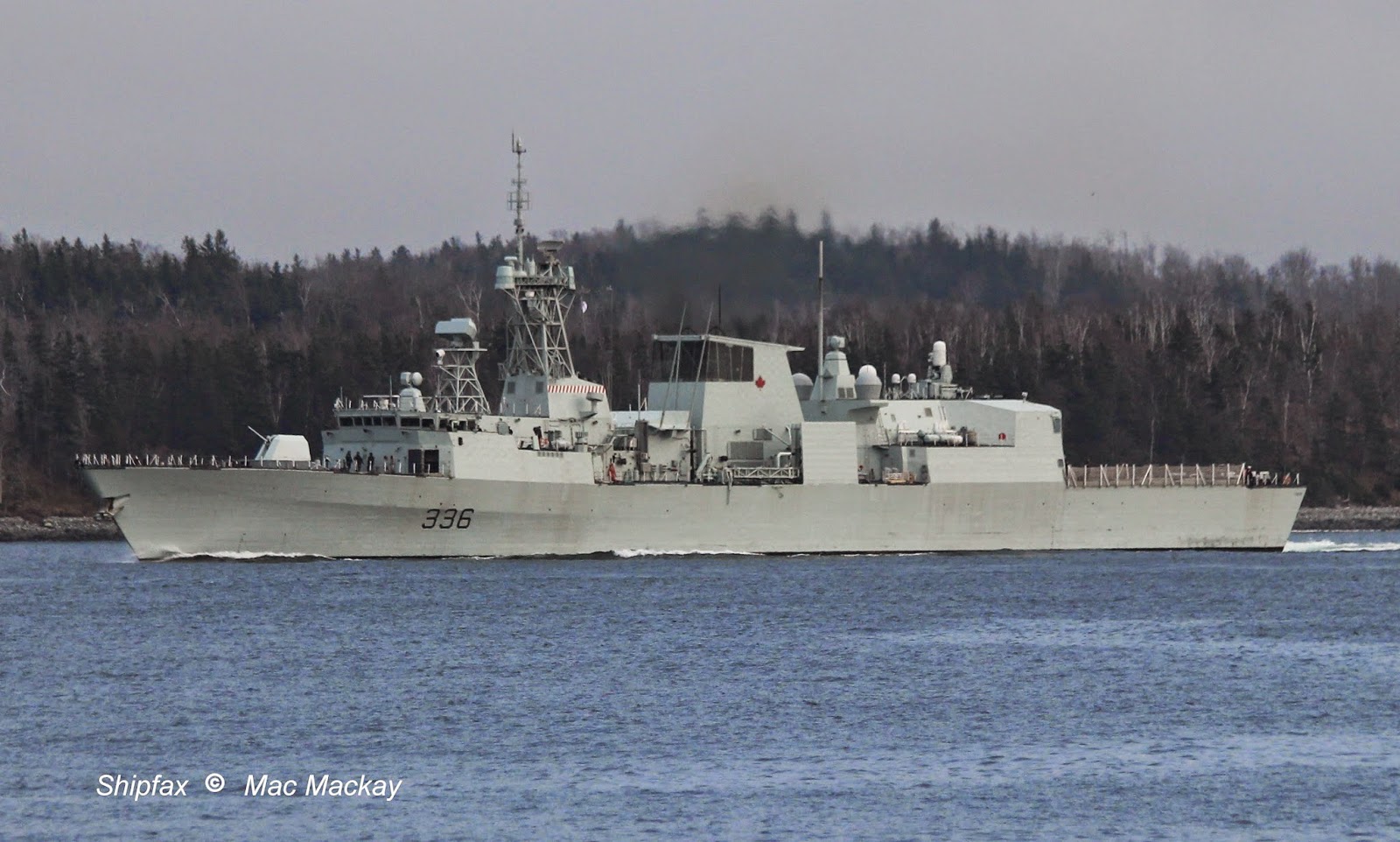 HMCS Montreal has been busily doing just that over the last several weeks, as it was today.
The FrigatE Life EXtensions will mean  that the ships will remain in service until the 2030s - at least - when their replacements [maybe] are ready.

I do give credit however to those reporters that saw fit not to just regurgitate the press releases, but also to include in their articles the unfortunate fact that we will still  be short two destroyers and two supply ships for up to ten years or more, and therefore no matter how up to date the frigates are, we will only have a half a navy.

This situation must be terrible for internal RCN morale. It is certainly an embarrassment on the world stage.