From the archives - back by popular demand

The Shipfax archives contain thousands of old photos, which will begin to appear again on this blog.

In the late 1960s it was not uncommon to see wooden hulled ships in Halifax. There were still lots of fishing vessels being built of wood in those days, but wooden cargo ships were still trading with Newfoundland and St-Pierre et Miquelon.

Trade from the Magdalen Islands was multi-directional. The islands, stuck in the middle of the Gulf of St.Lawrence are part of the Province of Quebec, but the fish catches were exported not only to Quebec, but also to Cape Breton, New Brunswick, Prince Edward Island and Nova Scotia. The Co-opérative de transport maritime et aérien (CTMA) was responsible for much of that trade, (and as the name implied also operated aircraft).
They ran a weekly service to Halifax via the Strait of Canso and Canso town, using two Nova Scotia built wooden ships.Generally carrying fish to Halifax and returning with a variety of freight. 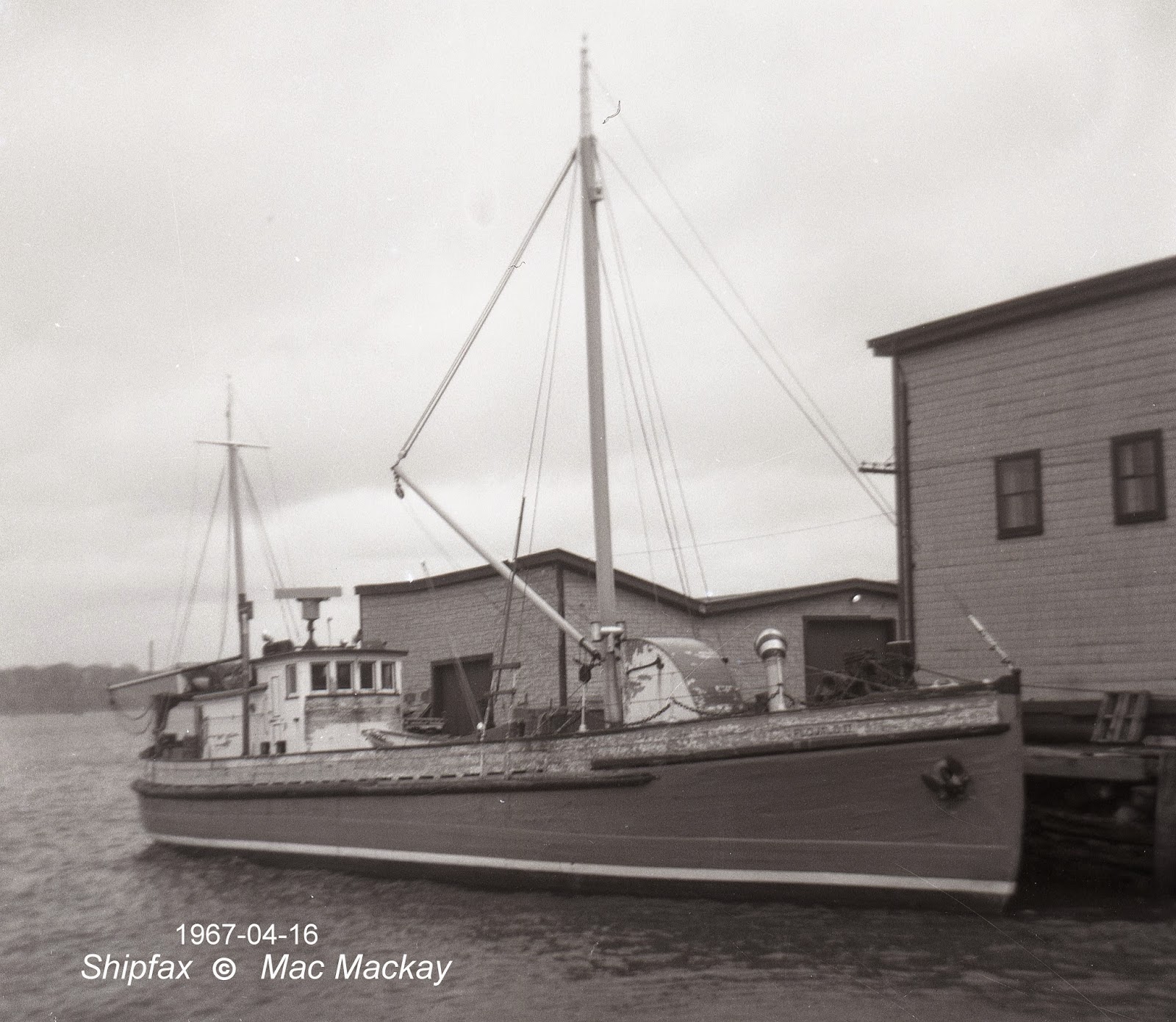 Flojald II was built in 1936 at Metéghan, NS and measured 92 gross tons. First owner was LeRoy E. Russell of Grand Manan, NB. He traded to the east coast US as far afield as Gloucester and Salem, MA, carrying lumber from such ports as Weymouth, and Metéghan  NS and returning with general freight. After World War II  ownership passed to Ernest L. Cormier of the Madgalen Islands then to the CTMA.
Flojald II was retired in 1969. Built along rum runner lines, it housed its crew forward in a traditional schooner-like forecastle. Its hull was sheathed in hardwood from just above the waterline for work in ice. 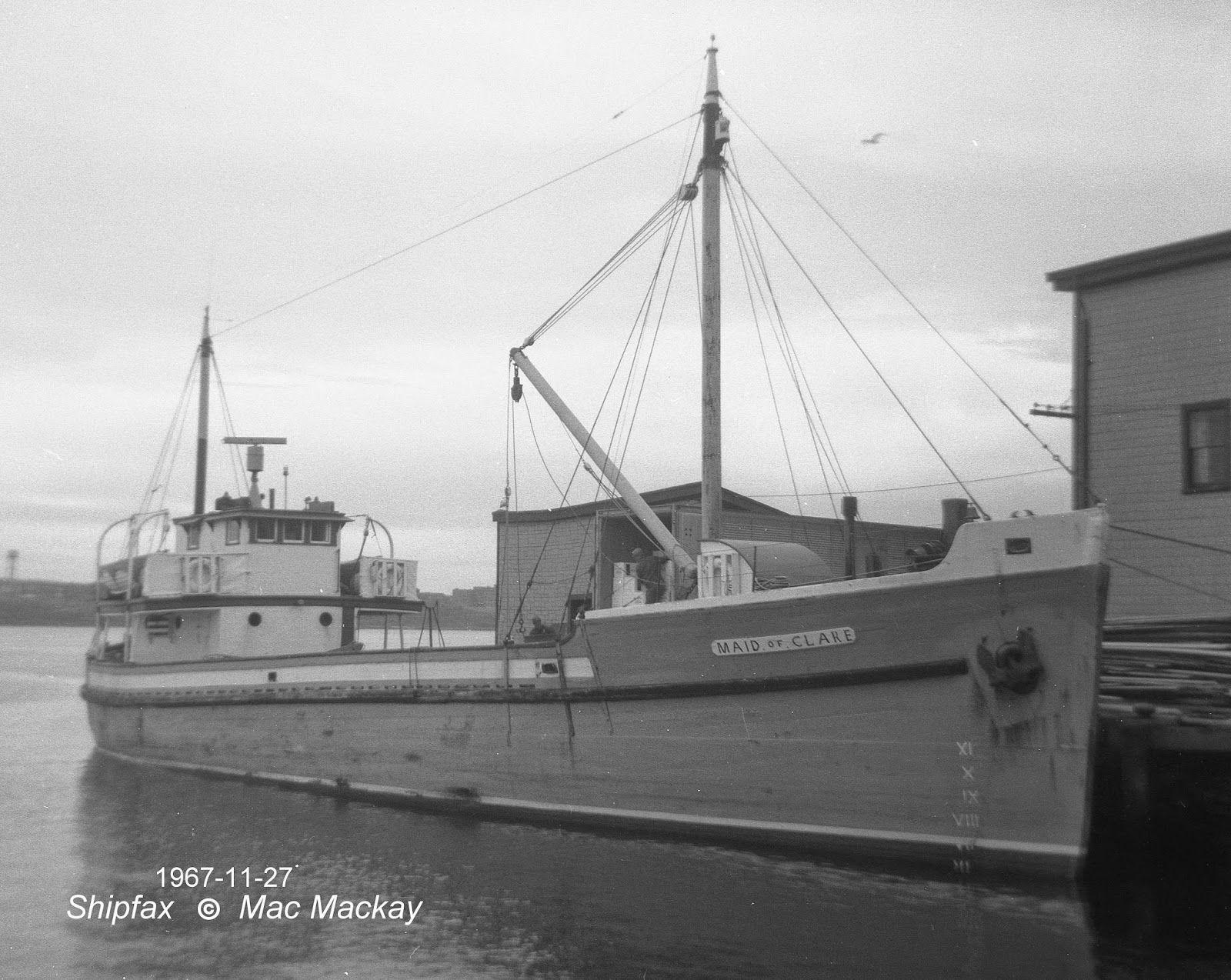 Maid of Clare came from A.F.Thériault + Son shipyard in Metéghan River, NS in 1944 (Clare is the district of Yarmouth Digby County where Metéghan is located). It measured 145 gross tons. It was slightly modified from the rum-runner form with crew's forecastle, but with its galley in the deckhouse. Its hull was also sheathed for working ice.

First owners were Bernard Melanson and Ernest Melanson of Gilbert's Cove, NS. Ownership passed to  the Co-op in the early 1950s. On June 23, 1969 a galley fire broke out while the ship was in the Strait of Canso while en route to Halifax. All seven crew escaped, and landed on Cranberry Island off Cape Canso, but the ship was a total loss. Her cargo of smoked herring, canned clams and other general freight was also lost. 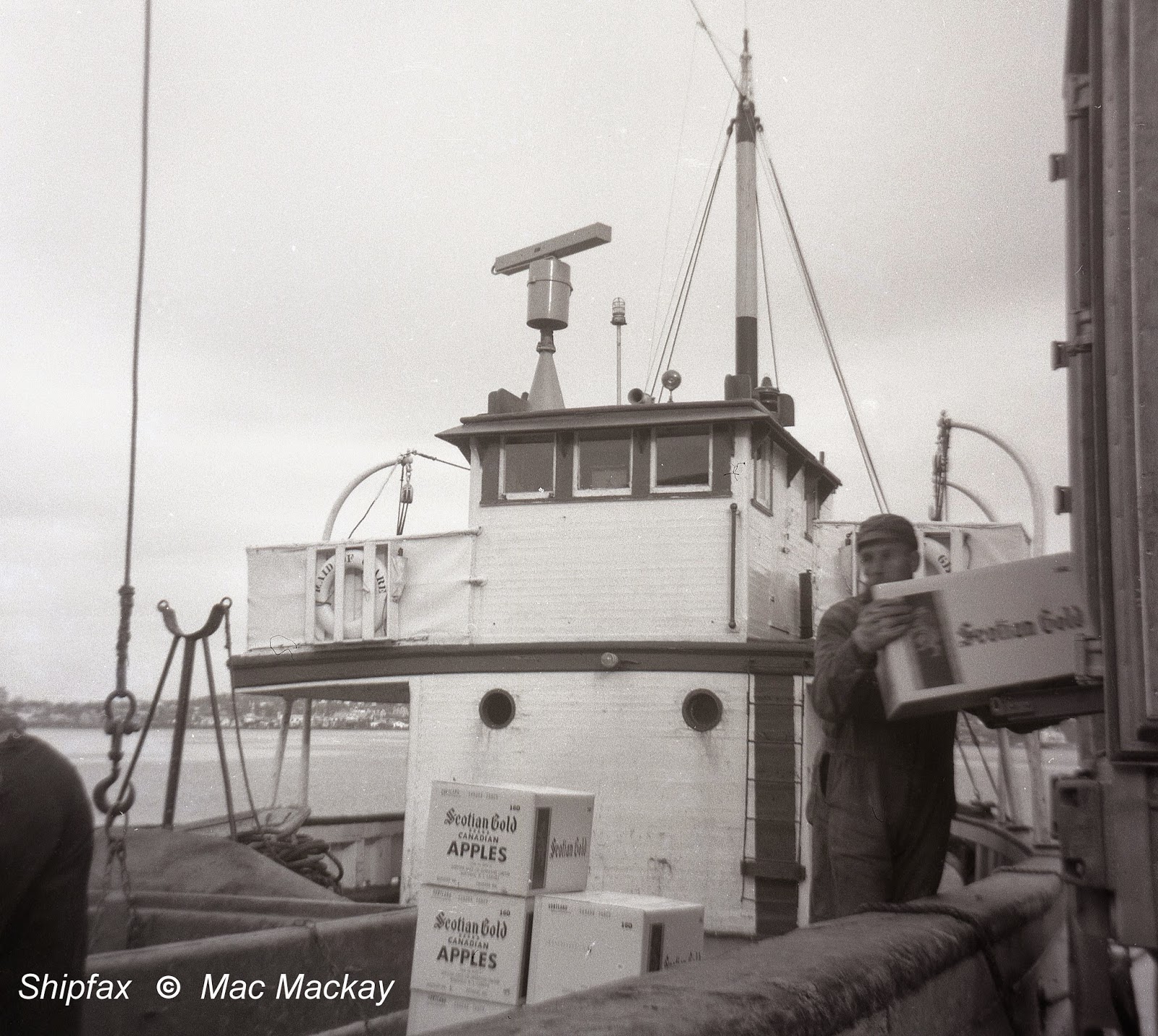 The ships used a rickety old pier that is barely recognizable now as the tourist friendly Privateer's Wharf. 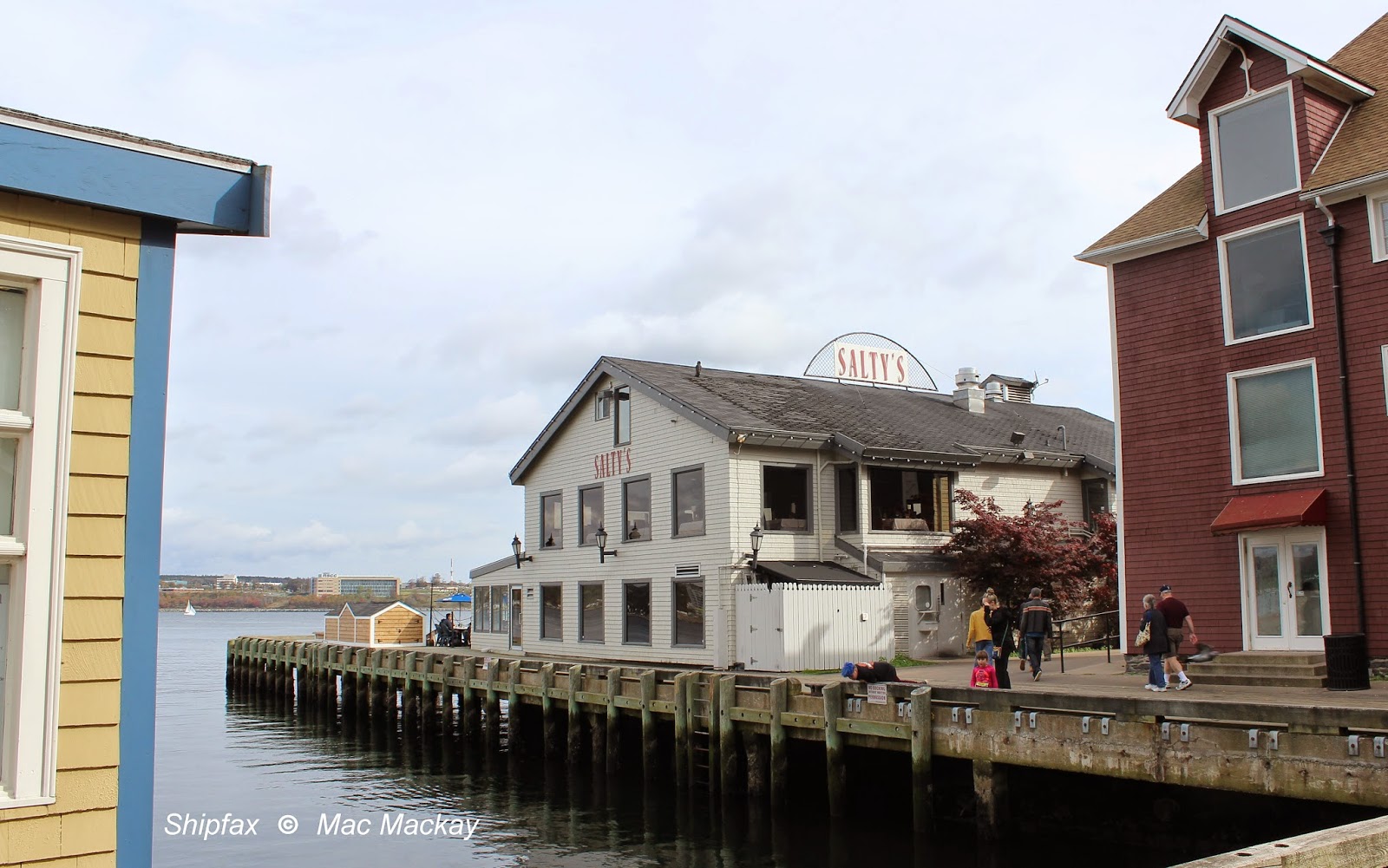 With the Made of Clare fire the wooden boat era was over for the Co-op, but the service was resumed with the steel ship Brion, which had a story of its own - but that is for another time.