All containers all day 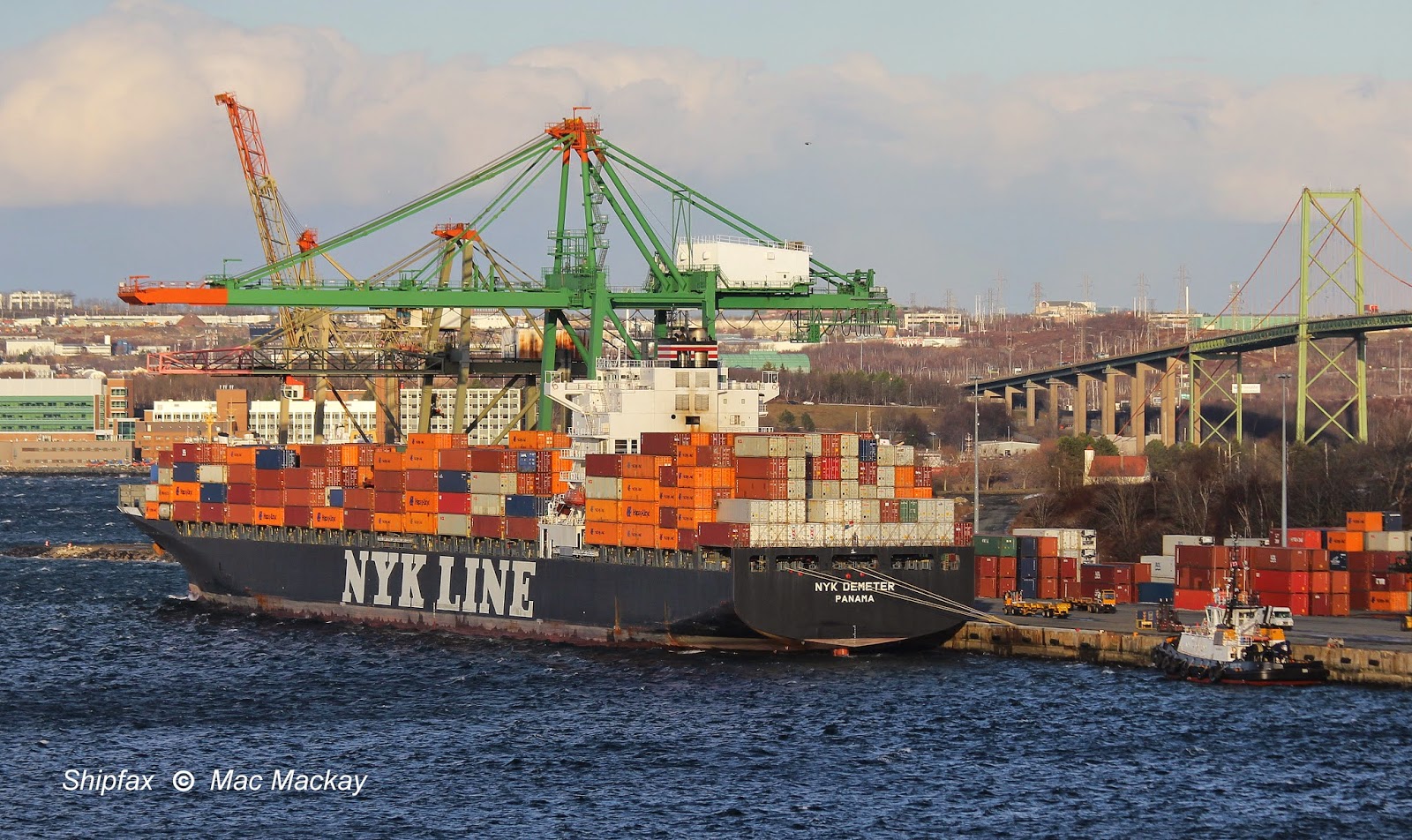 At Fairveiw Cove, NYK Demeter occupied the berth with Oakland Express waiting at anchor. Both ships require the big cranes, so only one ship could be worked at a time.
NYK Demeter is a 2007 product of Hyundai Heavy Industries, Ulsan and at 55,534 grt 66,000 dwt has a capacity of 4922 TEU. The tug Atlantic Oak tied up at the pier also, rather than returning to its exposed berth in the lower harbour. 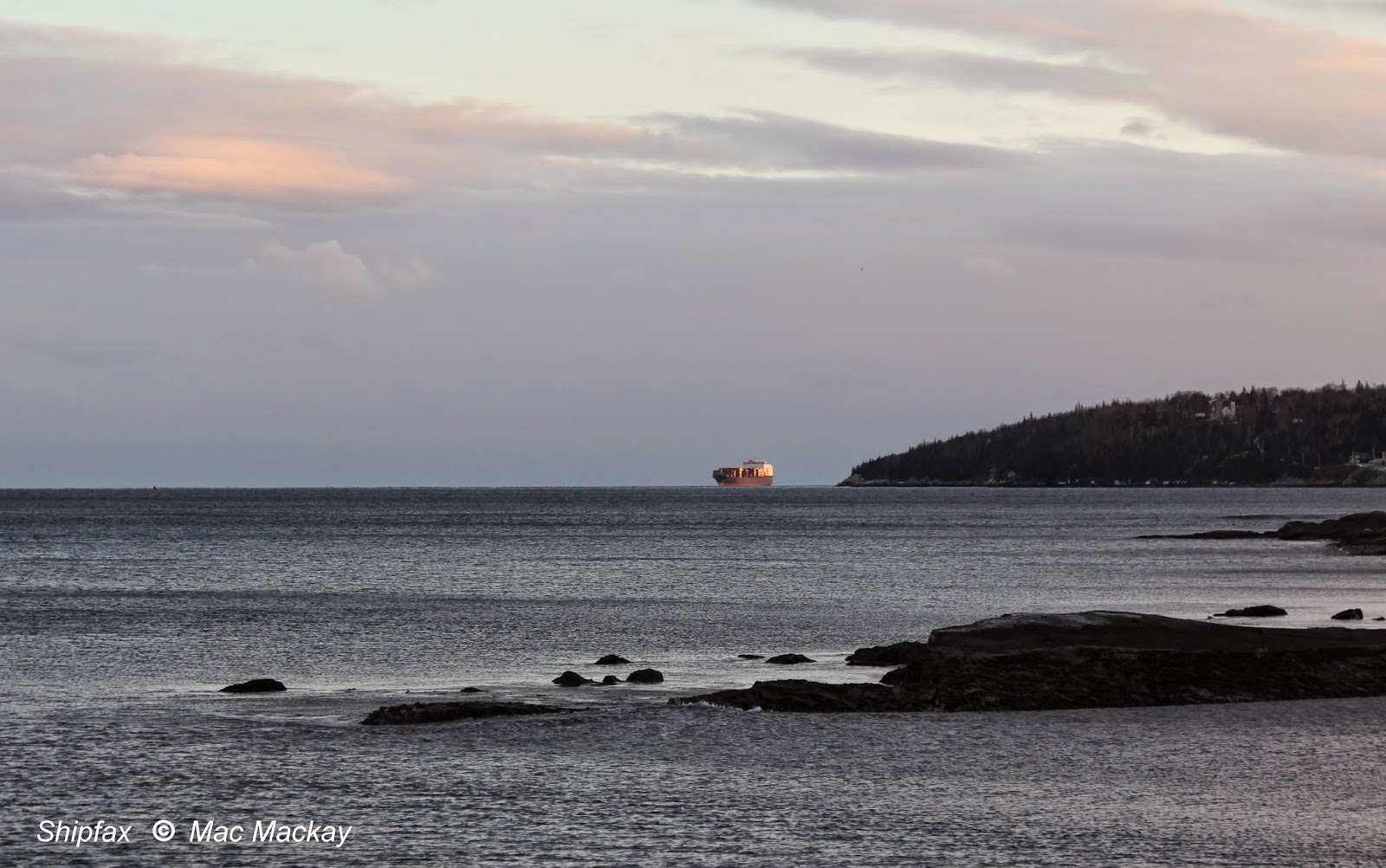 Late this afternoon Atlantic Cartier also arrived and it was expected to dock at he west end of Fairview Cove using the ramp. It caught some of the last of today's sun as it passed Sandwich Point.