Trillium with a difference

When CSL (Canada Steamship Lines) embarked on its ambitious fleet renewal program, it called the new class of ships Trillium, after the Province of Ontario's official wildflower. Intended to replace older inefficient ships, the program was to incorporate new greener technologies and other improvements in vessel design and construction.
The Canadian shipbuilding industry had long ceased to be competitive on the world stage, and so it was to China that CSL turned, and the Changxi Shipyard in Jiangyin City. That Canada was ready to give up the tariff on foreign built ships may have been a factor in the final decision, but ships in this quantity and of this size could certainly never have been built in Canada so quickly and for the price.
In fact the Trillium class consists of nine ships of three different types. 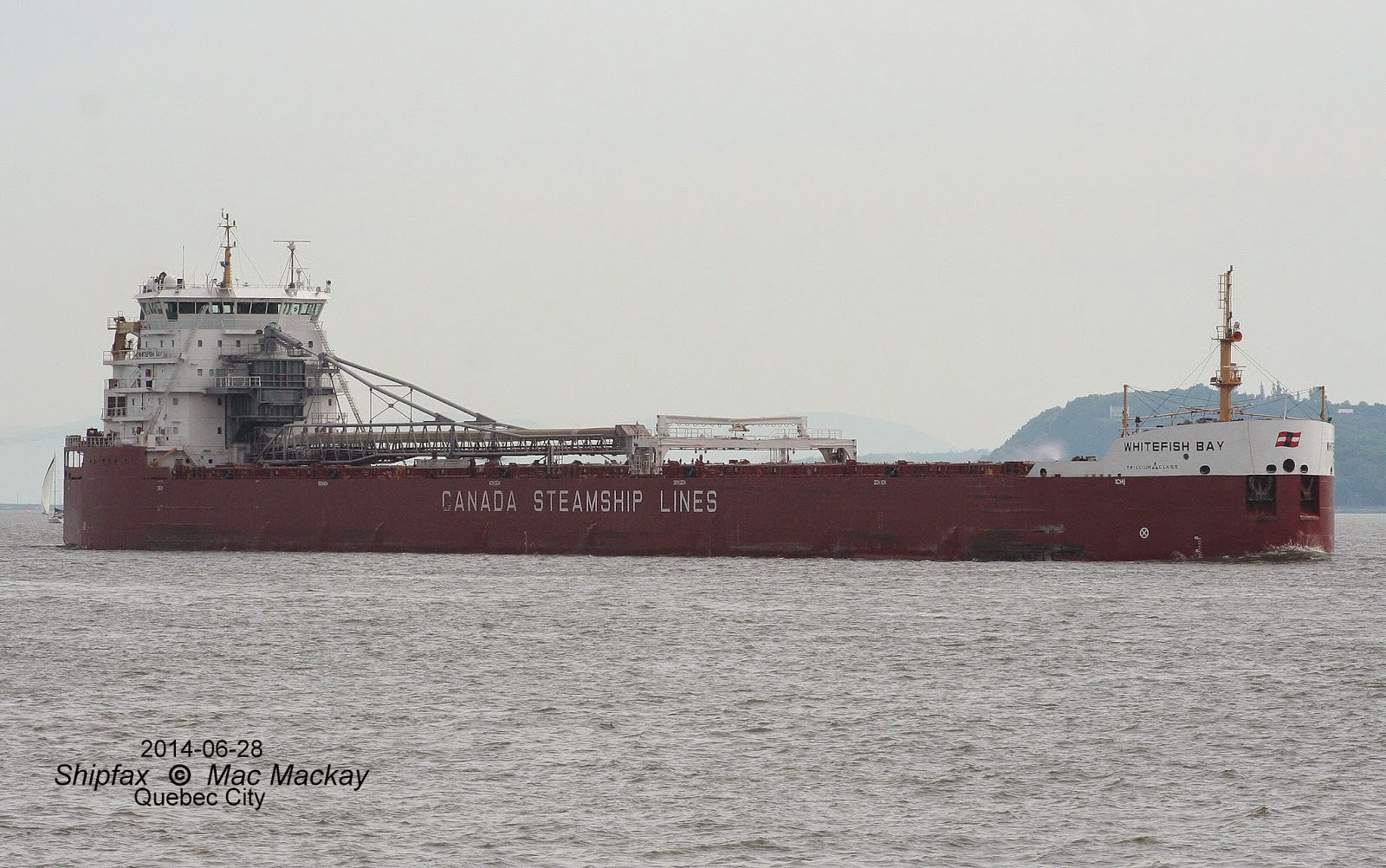 They have now been followed by two more ships without self-unloading capability (called straight-deckers in Great Lakes parlance)  CSL Welland has arrived in Port Cartier to load a cargo of iron ore for winter storage in Montreal. CSL St-Laurent is en route from China and is in the Pacific Ocean. Essentially identical in exterior form to the self-unloaders, these two ships have greater cargo carrying capacity.

Balto arrived in Halifax today and anchored in Bedford Basin. It was quite a n arrival, in very high winds, when the ship had to make at least two if not three complete 360 degree turns off the pilot station while creating a lee for the pilot boat to board the pilot. As sen from shore through binoculars, the ship took some vicious rolls - close to 10 degrees by my estimate.

Once inbound its bluff bow, similar to the Seaway type, but with a bit of bulbous shape below the waterline, kicked up lots of spray in today's gale force winds. 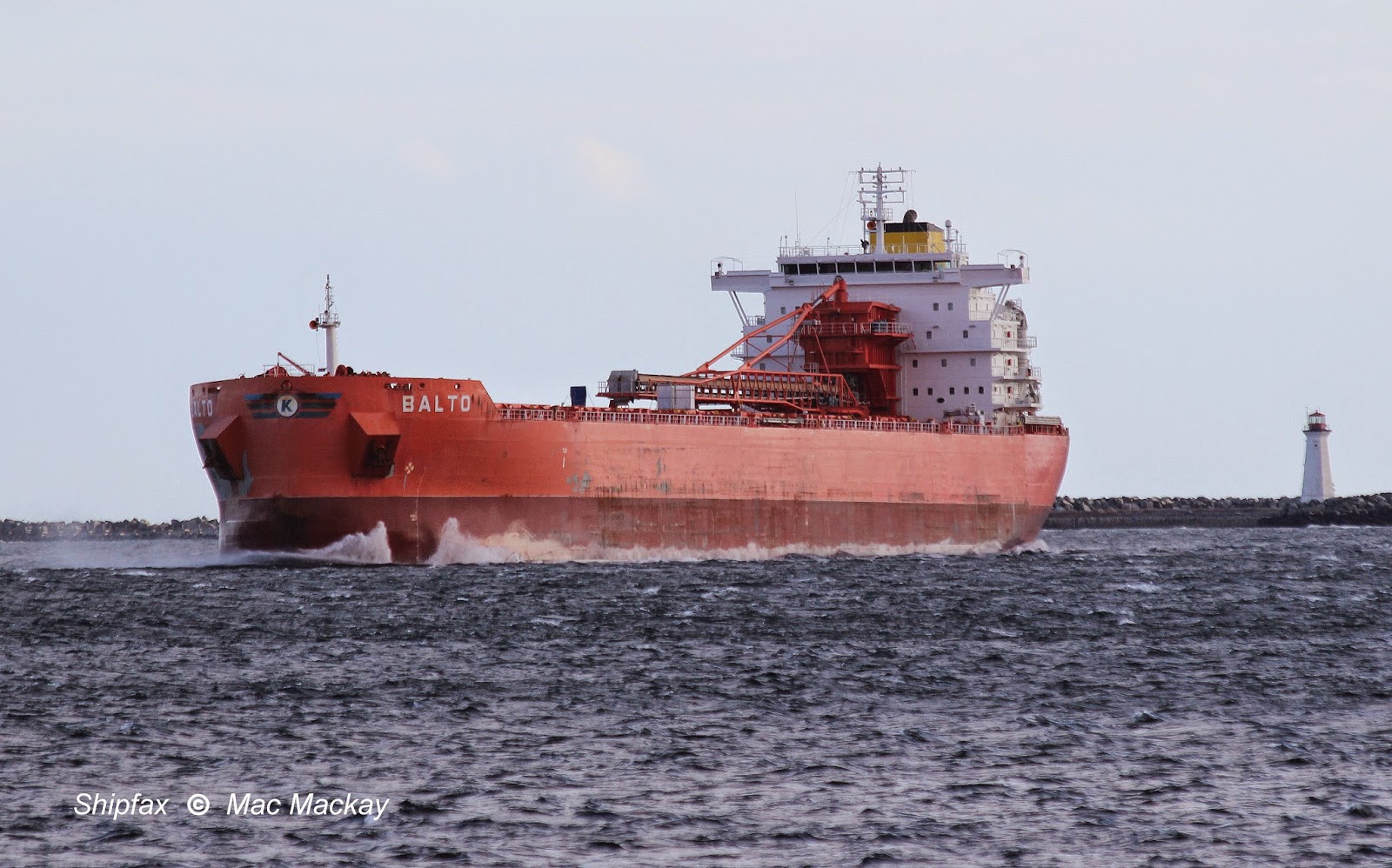 Fitted with an 80m long slewing boom to unload, the ship presents a much cleaner profile than fleet mate Barkald which arrived in Friday. 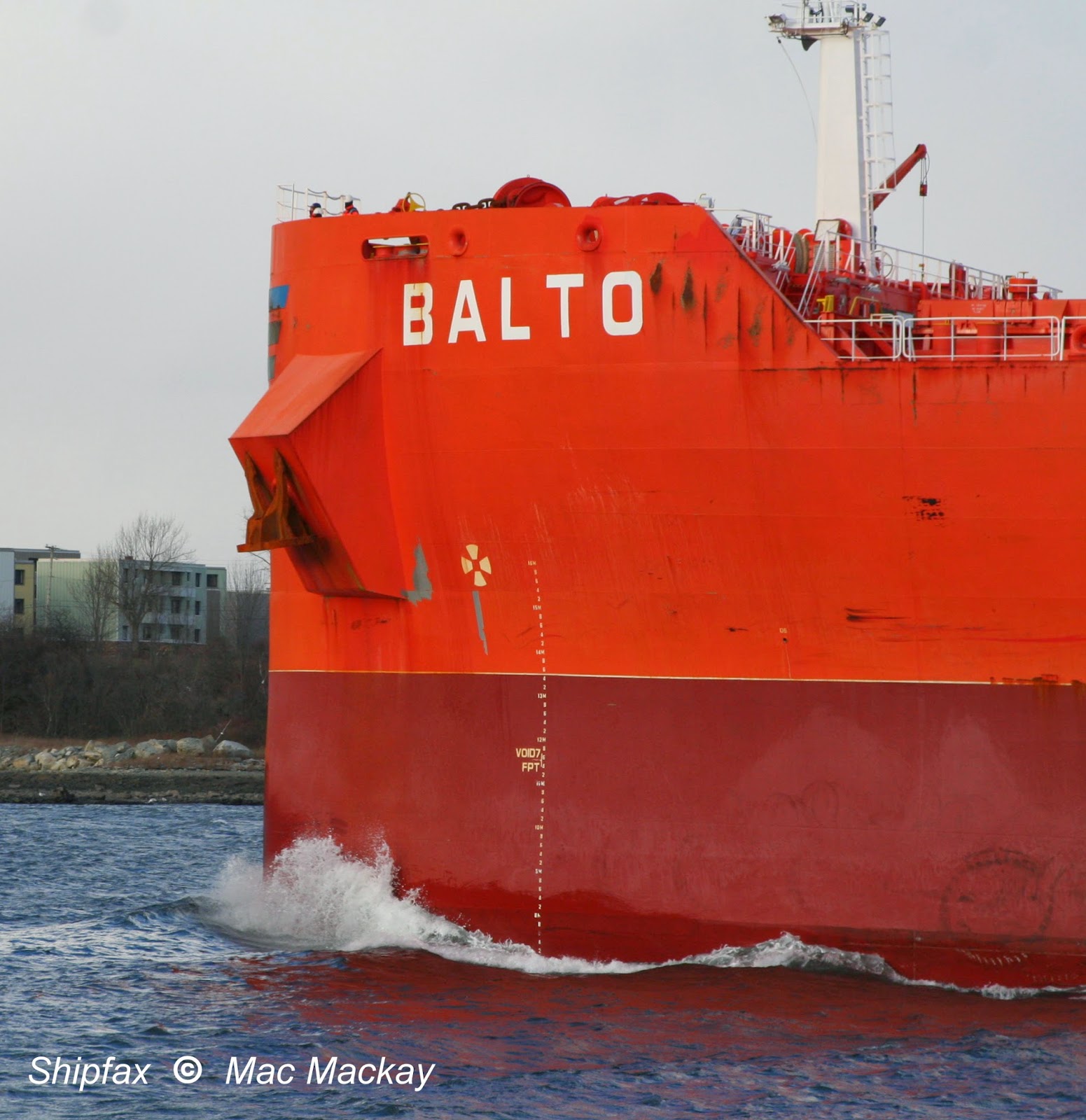 Crew members work on the forepeak to prepare for anchoring.