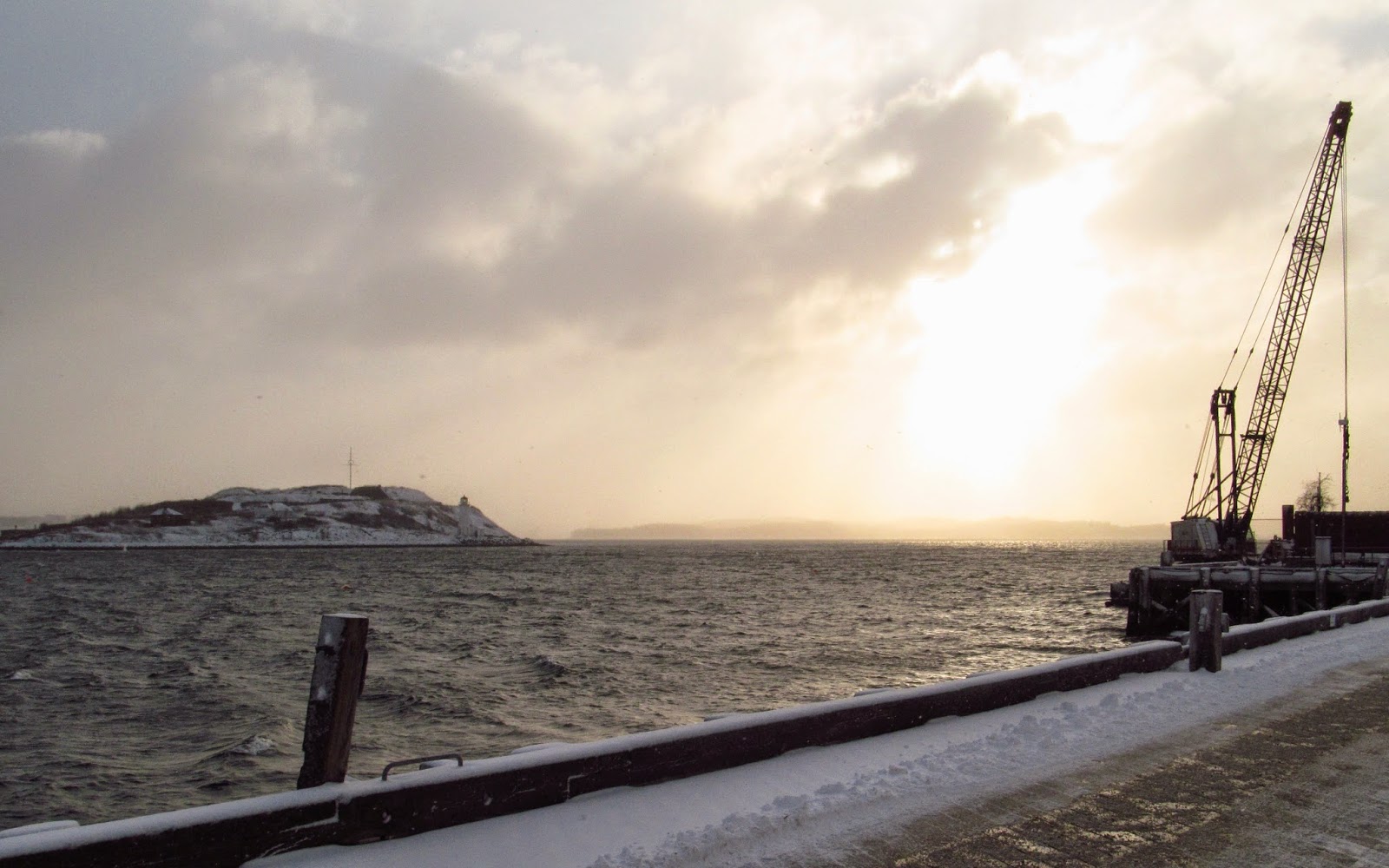 As the sun came up this morning, and last night's snow fall came to an end, it became possible to see the bulker SCF Suek. It took bunkers overnight in weather that its Russian owners would be quite accustomed to. 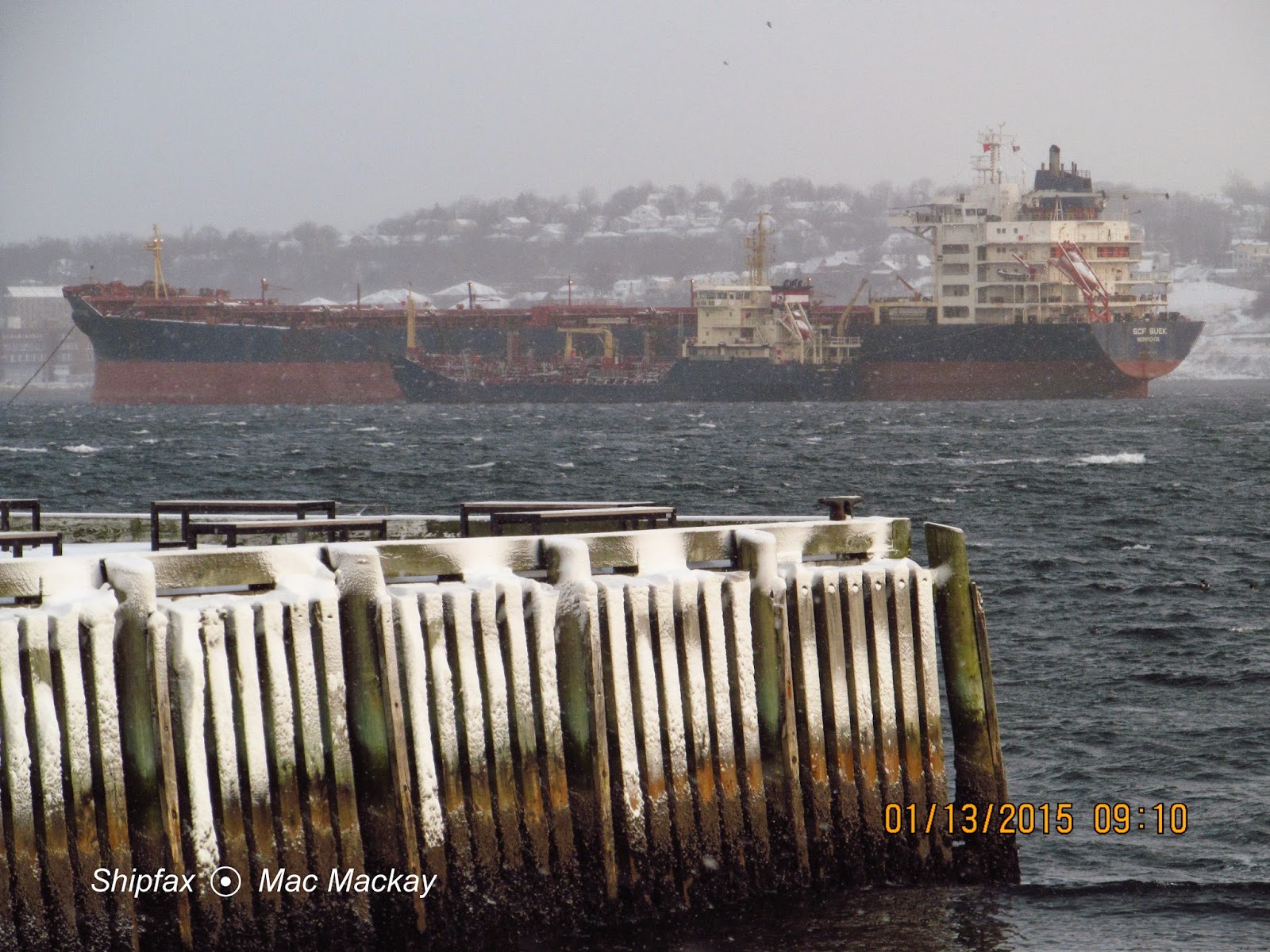 The ship was build in 1998 by the Nikolayev shipyard in Kiev, Ukraine as Kiev, but was renamed St.Nicholas the same year. It became Gianni D in 2002 and SCF Suek in 2009. The 40,538 grt, 69,100 dwt ship is owned by Sovcomflot and managed by their Cyprus based operator Unicom Ship Management, and is registered in Liberia.
It is making a transatlantic ballast voyage to Hamburg, Germany* - one can speculate that this may be as a result of trade restriction with Russia. Normally it would have found a bulk cargo on this side of the Atlantic. 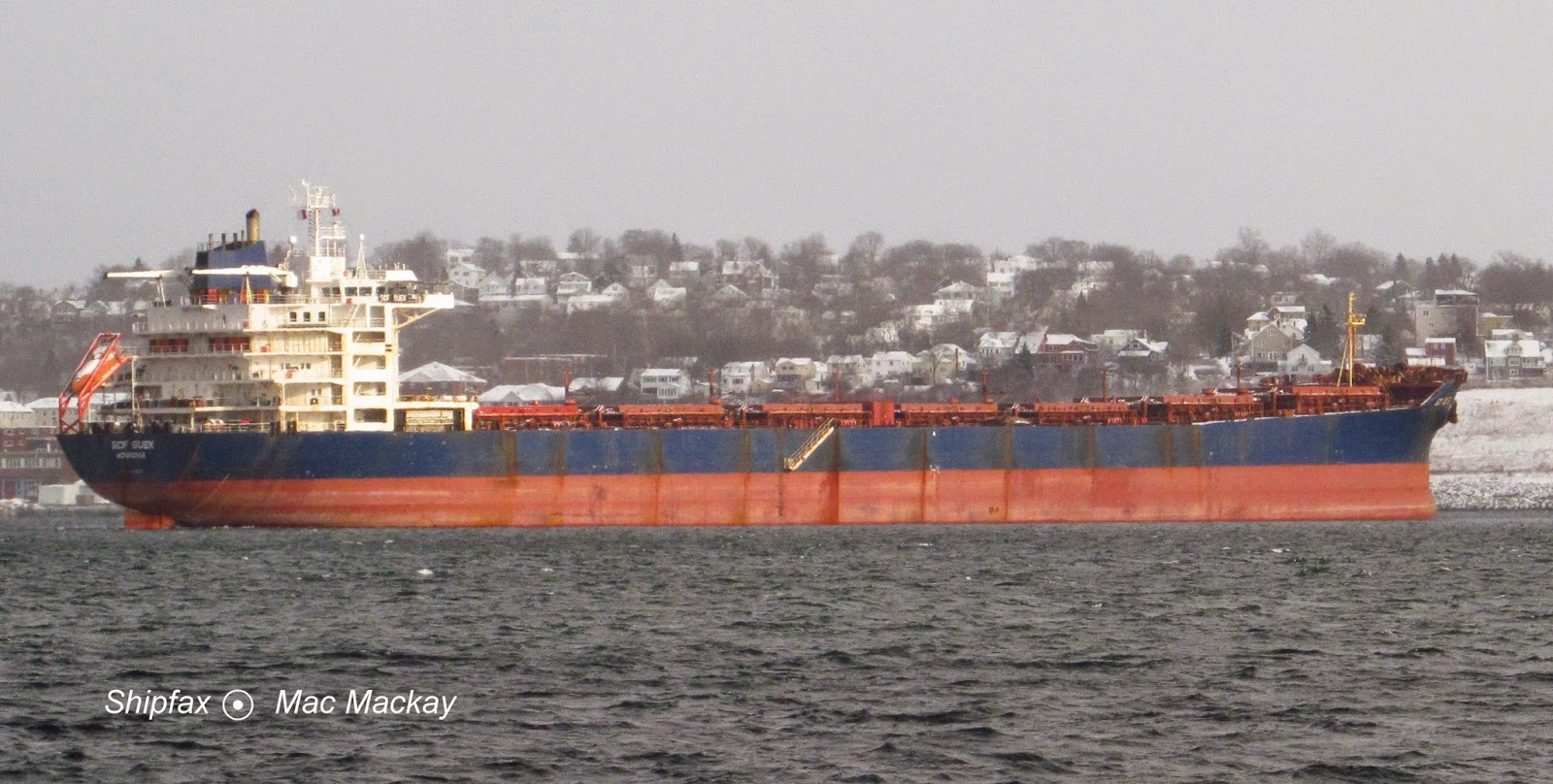 * destination was changed to Ijmuiden, Netherlands and back to Hamburg before the ship sailed.