Halifax Shipyard gets the green light 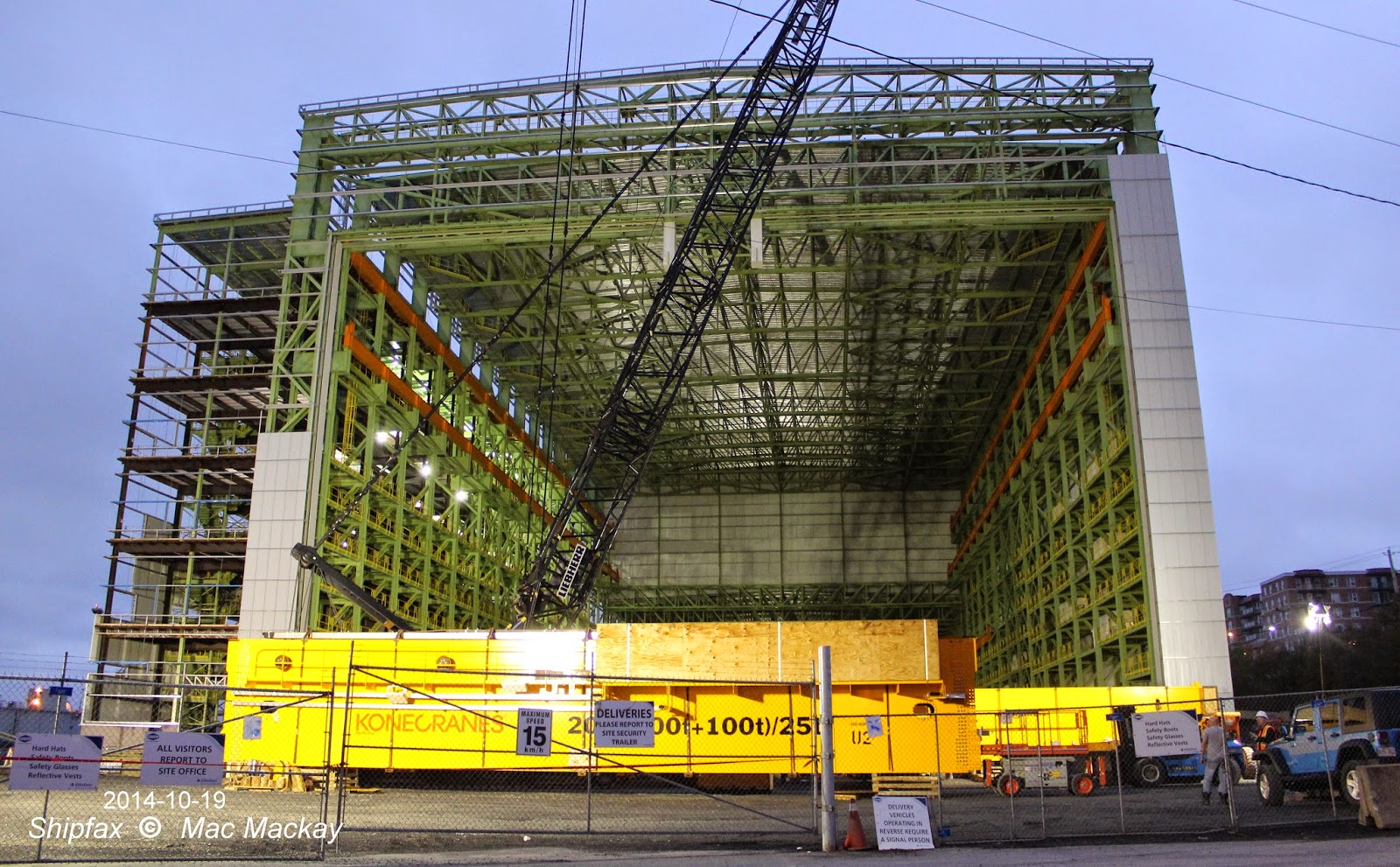 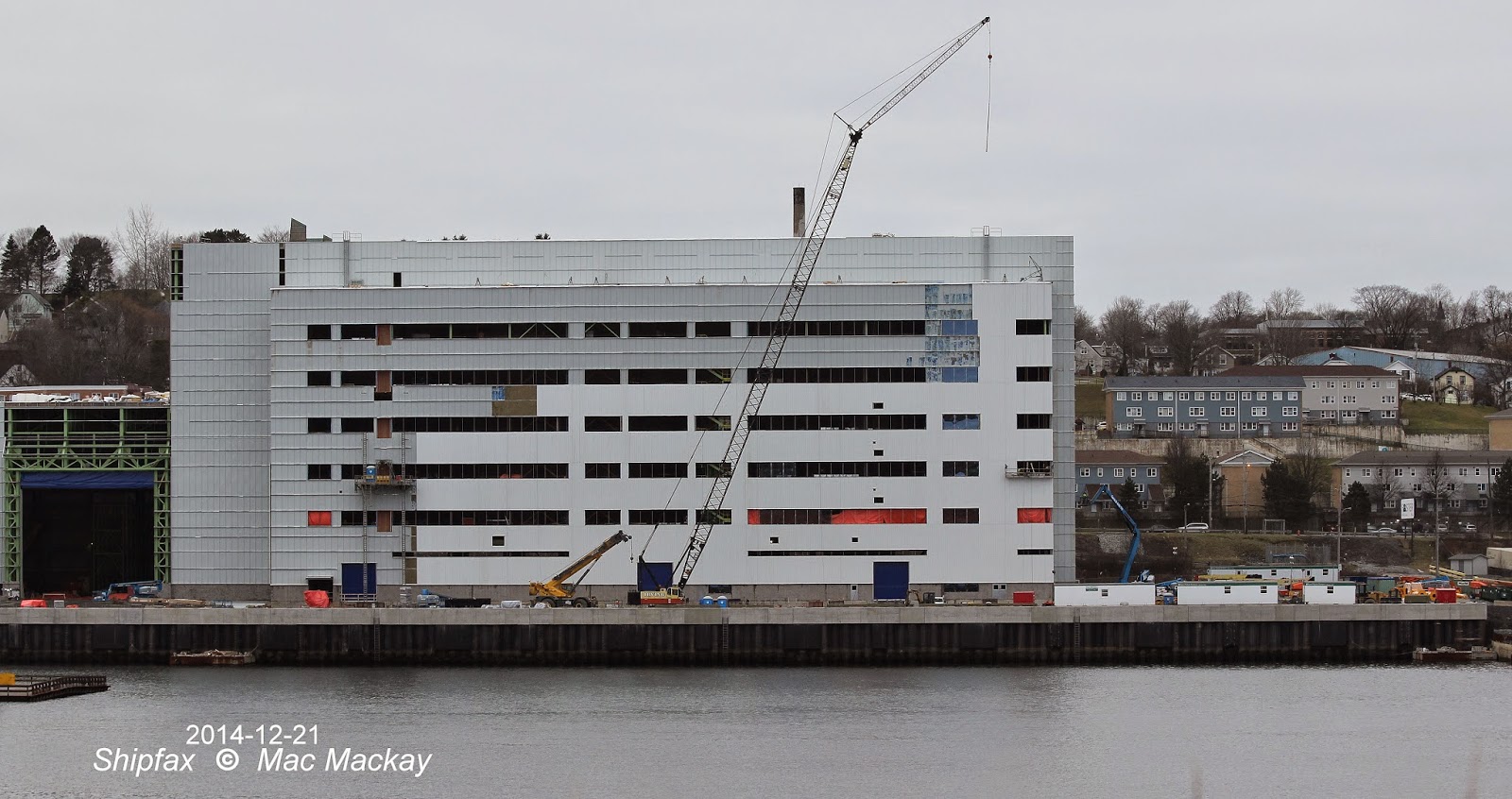 File photos of the new building hall at Halifax Shipyard.

The long awaited finalization of the contract to build Arctic Offshore Patrol Ships (AOPS) was announced yesterday. Halifax Shipyard will build a minimum of five and a maximum six of the ships for the RCN, with the first delivery in 2018 and the remainder every nine months thereafter. At a price tag of $3.5bn, there is a strong incentive for the yard to build "smart" so that all six ships can be completed for the price.
It must be a said that the original intention to build eight such ships was probably unrealistic, given that it was not based on a final design. The need for speed and thus a light displacement versus the need for ice capability and therefore a heavier displacement had to be balanced, but that has now apparently been settled, with a $400mn increase from the original budget. 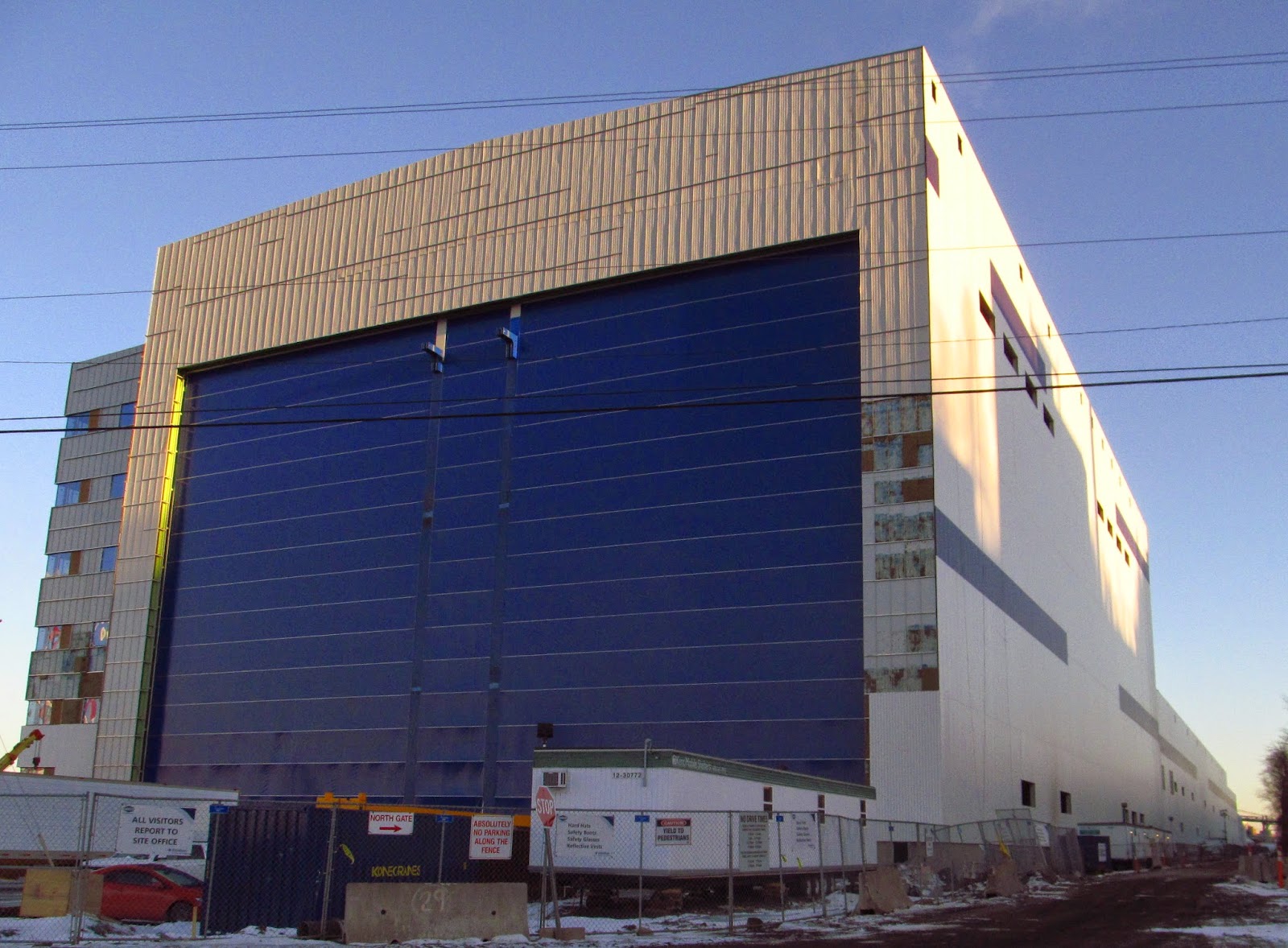 As of today, the new shipyard building is fully enclosed, including the bright blue fabric doors. 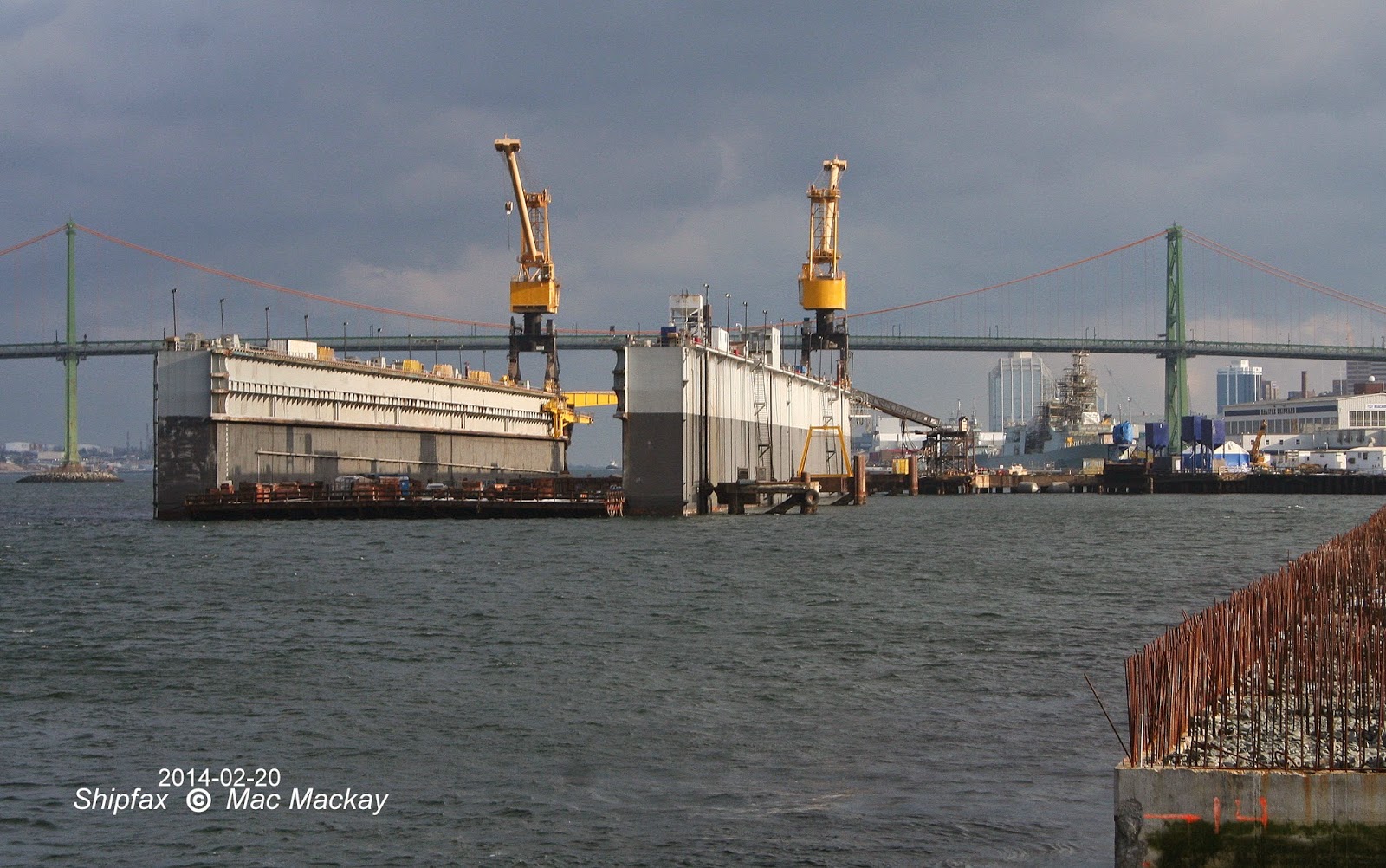 Novadock has been out of service for a year.

According to press reports,  the shipyard will also be tendering for replacement of the Novadock floating drydock. This is also good news, since the shipyard has been unable to accept any repair work for months. The small floating drydock Scotiadock II was scrapped in 2013 after it sank at its berth. The Novadock, a Panamax size floating dock was removed from service last year after it was determined that is was in such poor condition that it was not worth fixing.
The reports indicate that the Novadock replacement will be in addition to the new launch table, which is fact also a floating drydock. It will be used to transfer newly built ships from the land to the water, without the traditional launchway.  With the new building hall, ships will be in high state of completion before they are floated, and the risk of damage will be minimized using a launching platform instead of a launchway.
As to the new floating drydock, the term Panamax will be obsolete once it is delivered, due to the opening of the new Panama Canal in 2016. So will the drydock be built to New Panamax dimensions? Let us hope so, because then it could handle the largest container ships presently calling in Halifax, and many of the crude oil tankers that work in our region. It would certainly make Halifax a competitive repair port once again.
(The graving dock at the yard is fully occupied by RCN frigates during the FELEX upgrade program.)