The Russians Are Coming (repeat) was a hilarious movie about Russian submariners landing in the United States. Had there been a real invasion from the USSR it would likely have been supported by their large fleet of very large Con-Ros, many built with ice strengthening, decks reinforced for heavy cargoes, heavy stern ramps and communications gear "far in excess of purely commercial requirements" (1) 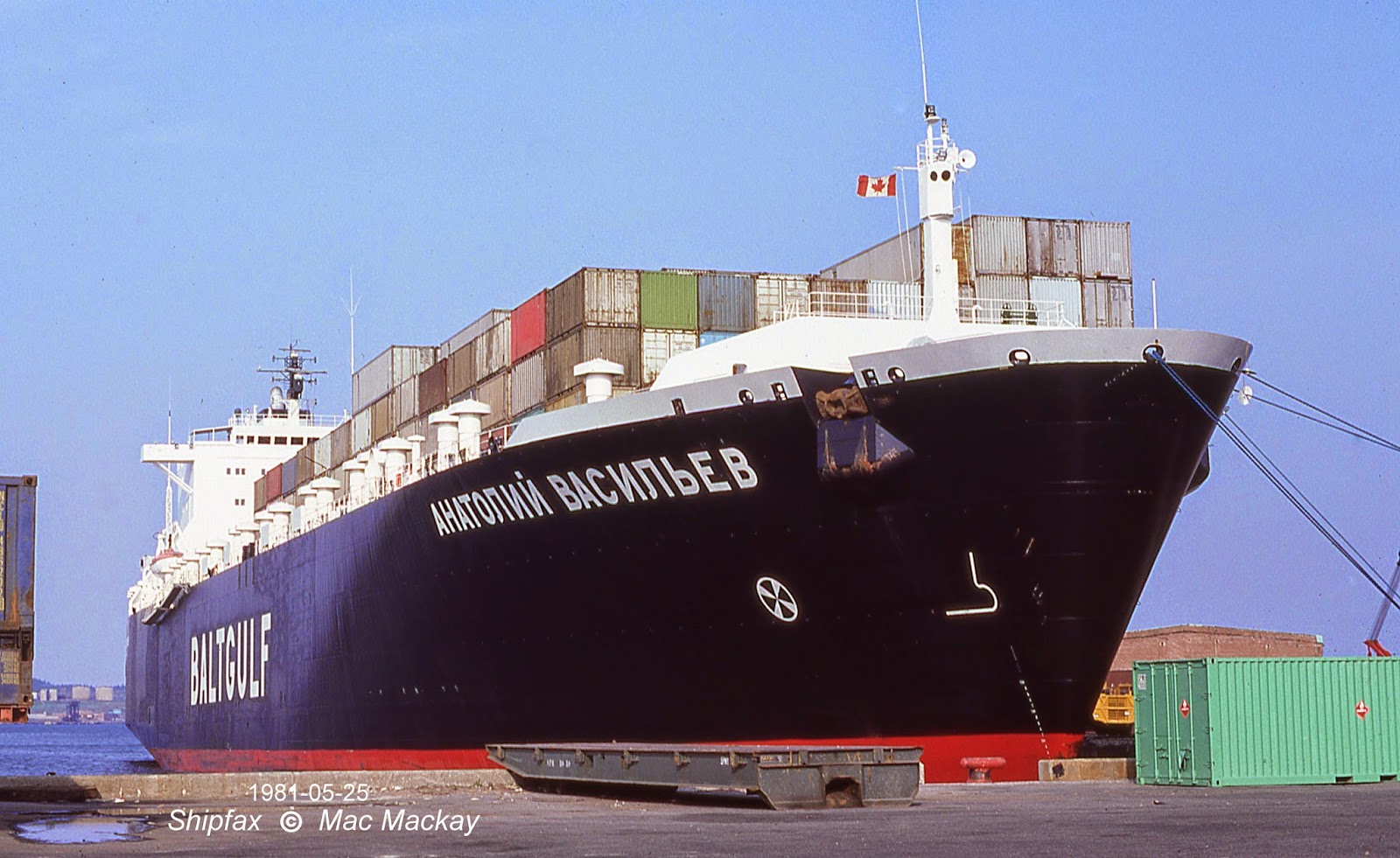 This intensely serious looking Con-Ro, named Kapitan Mezentsyev came from the Chernomirskiy shipyard in Nikolayev in 1979 and you know when a USSR ship was built in the USSR that is was serious.
Of 32,596 grt it could carry 1246 TEUs, 241 cars, 250 trailers, and was powered by two Russian built gas turbines, delivering 47,020 shp to two screws. Its declared speed was 24.75 knots. But with turbine propulsion it was likely capable of more.
In 1997 it was transferred to the St.Vincent and Grenadines flag, and renamed Balakleya, but was undoubtedly still in Russian control. It arrived in Alang April 17, 2002 for breaking up. 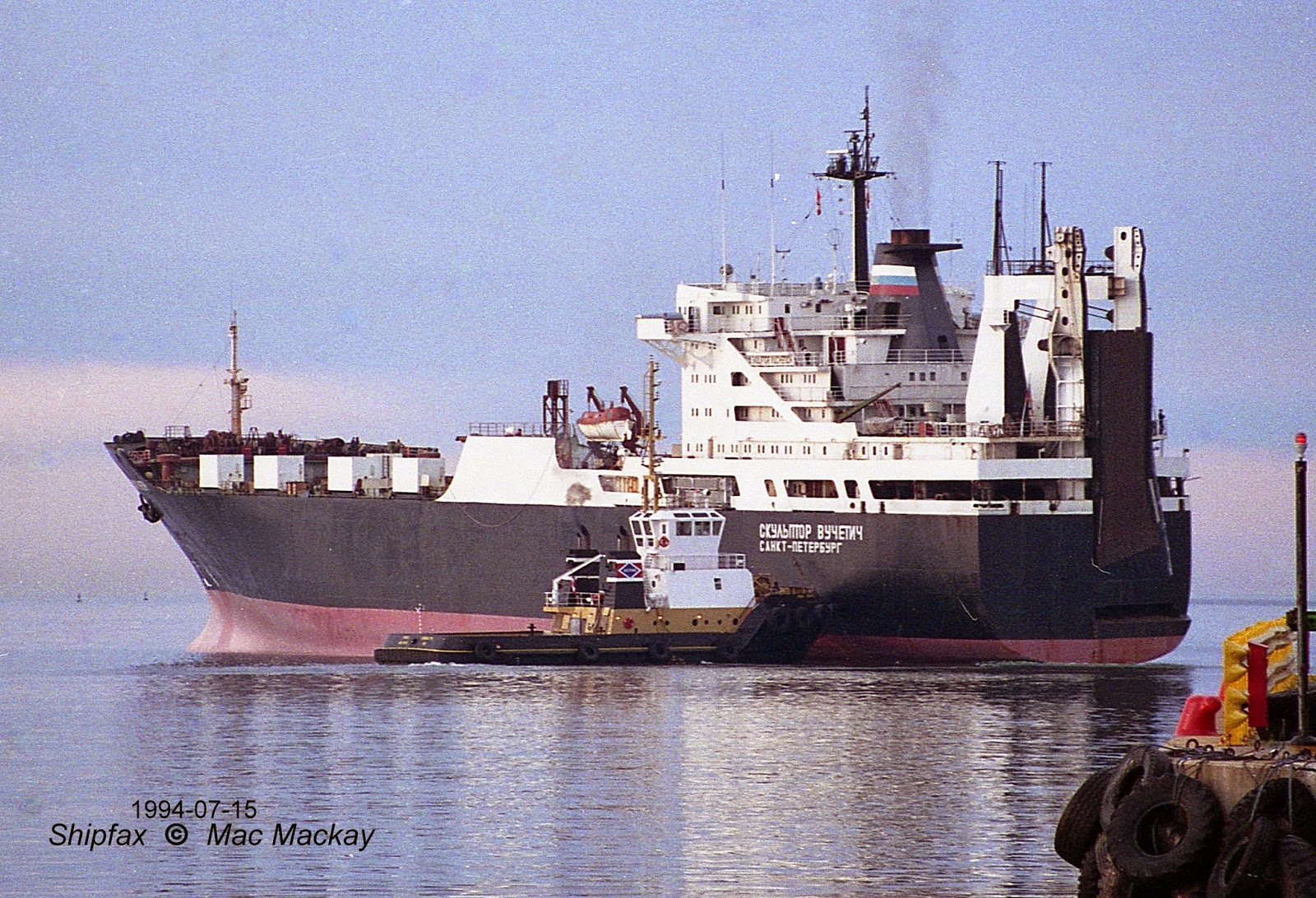 Skulptor Vuchetich came from the Gdanska Lenina shipyard in Poland, and measures 22,211 grt. It could carry 634 TEU, 320 cars, and its two Sulzer engines of 20,800 bhp geared to a single controllable pitch prop gave stated speed of 20.5 knots. Its sleek hull suggests better than that.
In 1996 it was sold and renamed Utari and in 1998: Carlina under the Indonesian flag. It arrived in Alang for breaking up January 22, 2000.
In the photos above, with Point Chebucto assisting, it was on the first of three trips to Halifax substituting for ASL Sanderling (now Oceanex Sanderling) when it was in drydock for maintenance. The thawing of relations after the demise of the USSR made possible what had been unthinkable only a few years before - a Canadian coasting license for a Russian ship.

Ivan Derbenev, the bow loading Con-Ro (see previous post: http://shipfax.blogspot.ca/2014/12/green-lake-more-autoport.html) is not carrying containers on this trip, but it often did both in its grey livery and black livery days. The Lada cars it carried came wearing Russian tires. These were replaced with North American tires on arrival at Autoport, and the old tires were sent back to Russia in containers, for the next load.
The ship features several more antennas aft than one would expect on a normal commercial vessel. Although not capable of great speed, its bow loading feature was no doubt an important strategic asset for certain situations.