Maersk Line ships on their regular run from Montreal usually arrive in Halifax Saturday morning. Today's arrival of Maersk Pembroke - two days late - was the first sign that something was amiss. It was delayed arriving in Montreal on its westbound leg, and left that port January 22. It likely encountered some ice on the St.Lawrence, but ran into severe weather Sunday, January 25. At 1200 GMT it recorded winds up to 46 knots and seas of 8 meters in position 45deg36min N X 60deg 06min E.

When it neared Halifax, the pilot boarded at the outer pilot station and it was met by three tugs, Atlantic Willow taking up the stern tethered escort position, Atlantic Oak near the stern and Atlantic Larch near the bow. Normally it would only use one or two tugs to turn and back into pier 42 at Halterm. Such attention by tugs indicates a steering or propulsion problem, so that the ship was not under complete control. 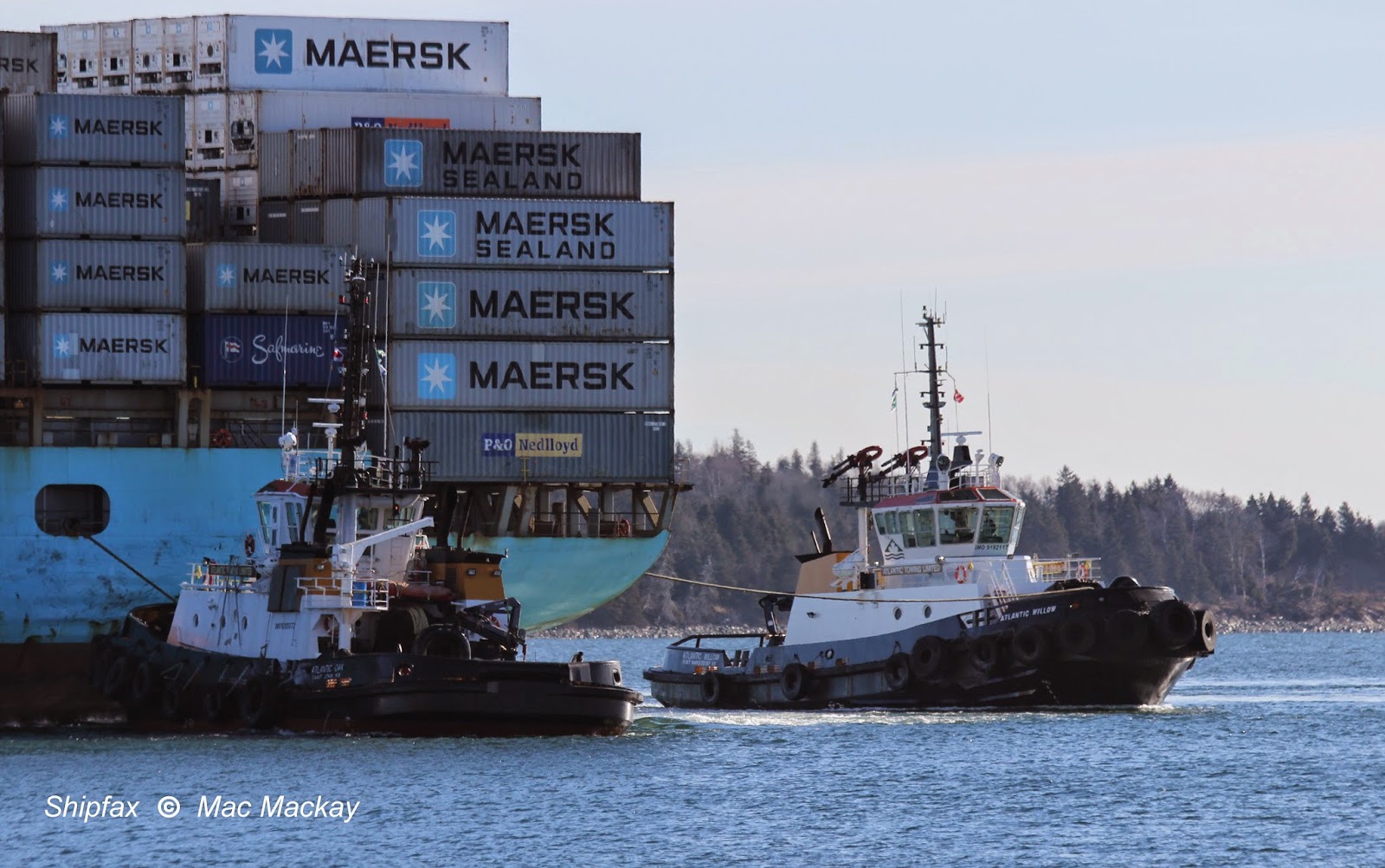 The ship was built as P+O Nedlloyd Sydney by Nordic Yards Warnemunde, Rostock, Germany in 1998. When Maersk took over PONL, the ship was renamed in 2006, but has continued to fly the Netherlands flag. The ship is 31,333 grt, and is now one of the smaller container ships on the gruelling transatlantic route. It has a capacity of 2890 TEU including 400 reefers.
Two sister ships Maersk Penang and Maersk Palermo are on the same service. A fourth sister ship Maersk Patras was replaced by CMA CGM Montreal last year. 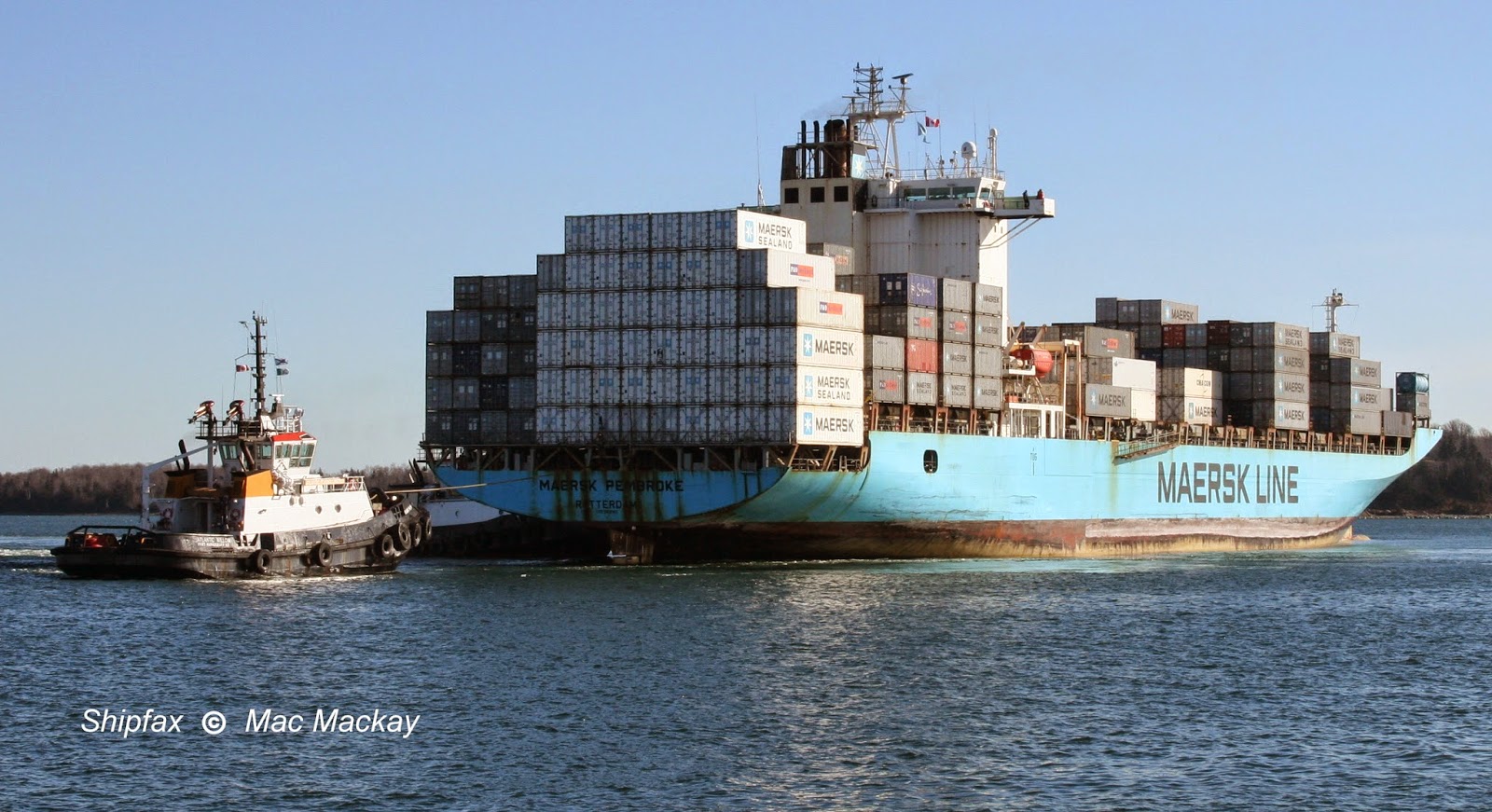 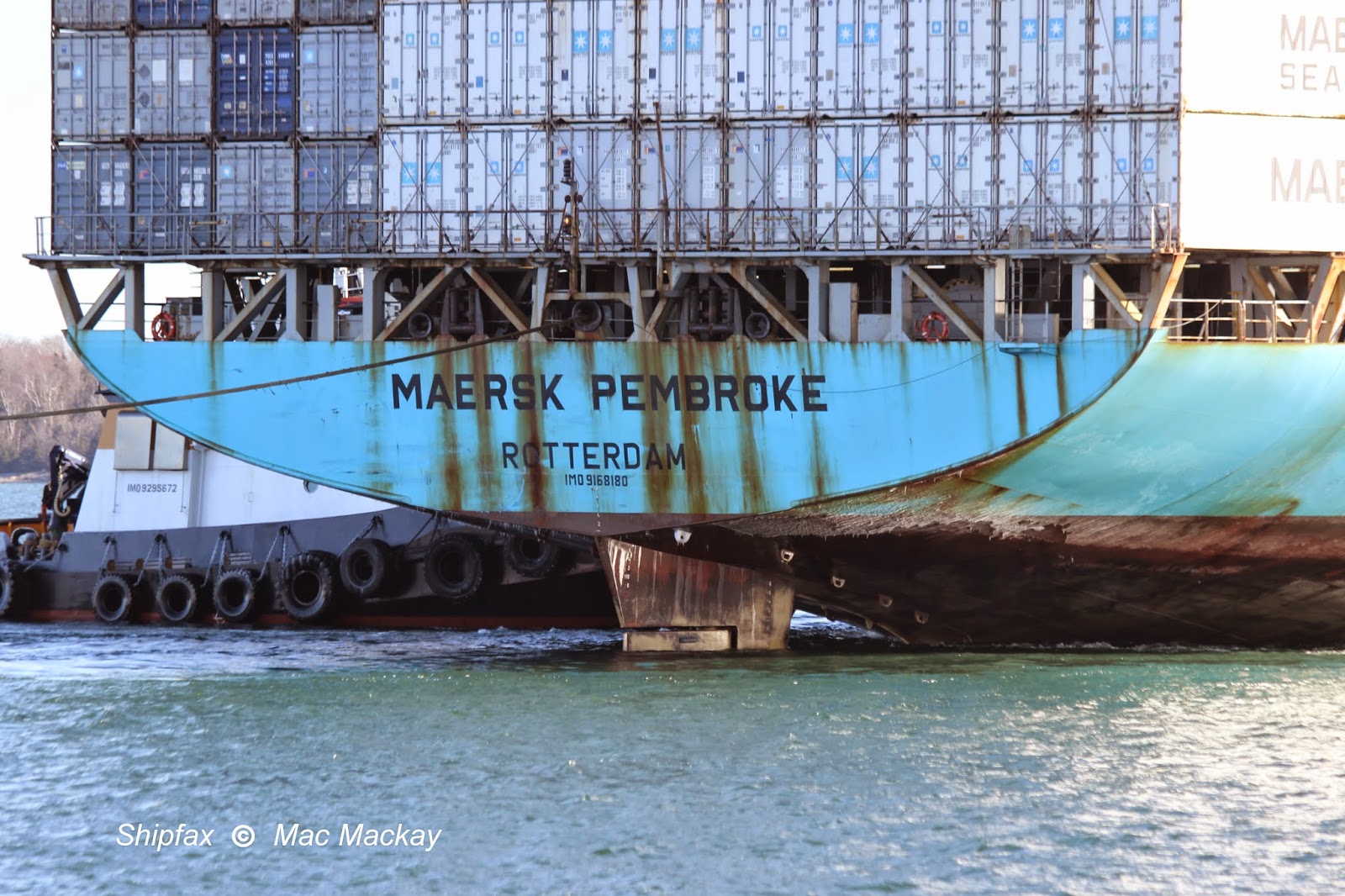