As cold as it gets

With an air temperature below -12C and a wind chill reading of -26C, this is about as cold as it gets in Halifax. Water temperature is thus "warmer" than air temperature and the result is sea smoke, and lots of it.
The tanker Almi Navigator arrived this morning at number one anchorage, with the intention of taking on bunkers. Until the wind subsides, the bunkering tanker Algoma Dartmouth will remain alongside its berth. (It is tied up at pier 9 which provides better shelter than it normal berth at pier 34.) 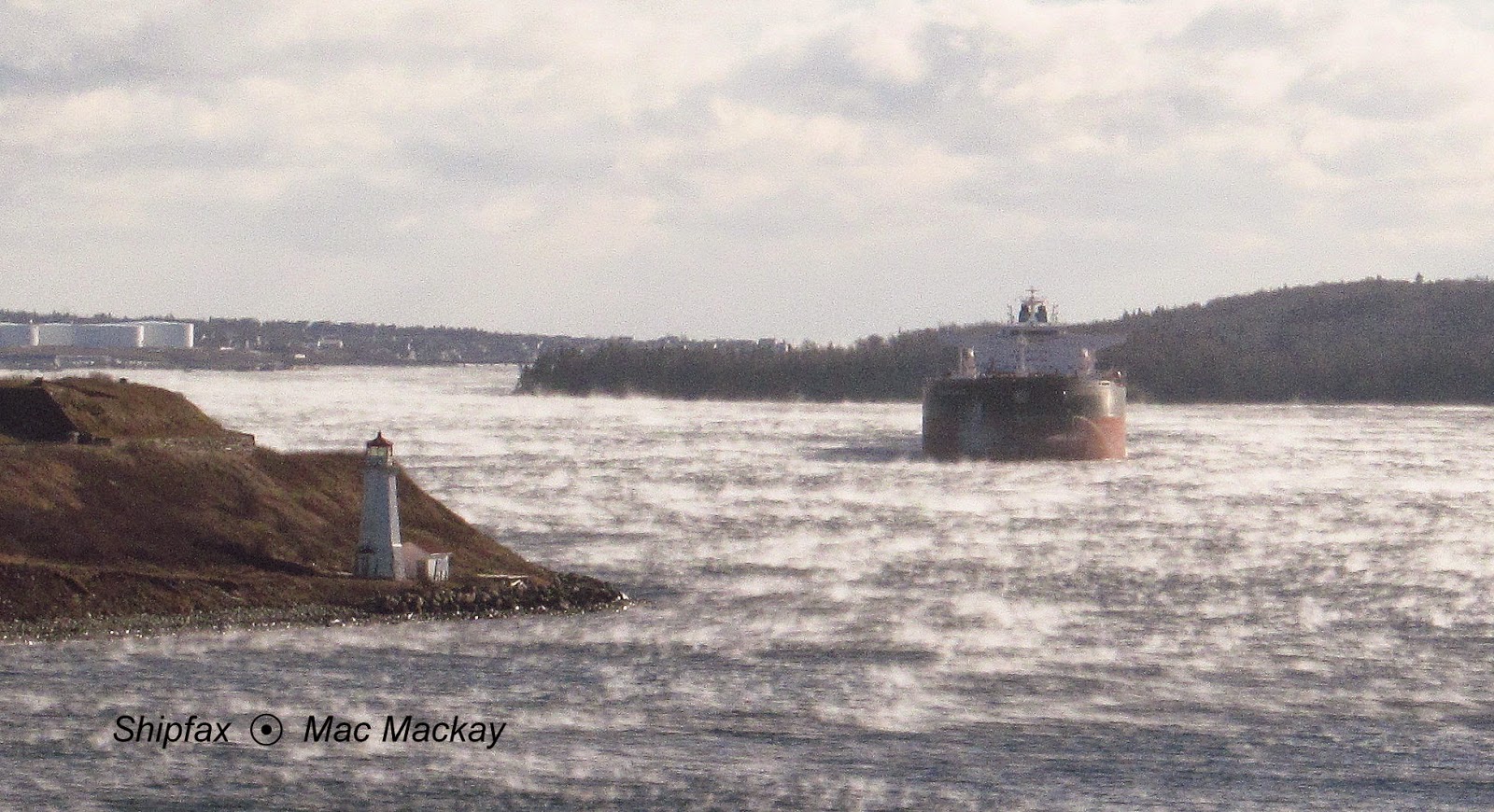 Taken with a pocket camera (it is too cold for a good camera), Almi Navigator appears enveloped in cotton balls. The ship is pumping sea water around the anchor chain, and the spray is turning immediately to ice.
Built in 2013 by Daewoo Shipbuilding and Heavy Engineering Co of Okpo, South Korea, Almi Navigator measures 84,156 grt, 149,999 dwt. It flies the Liberian flag, and is owned by Almi Tankers of Athens,
Greece. 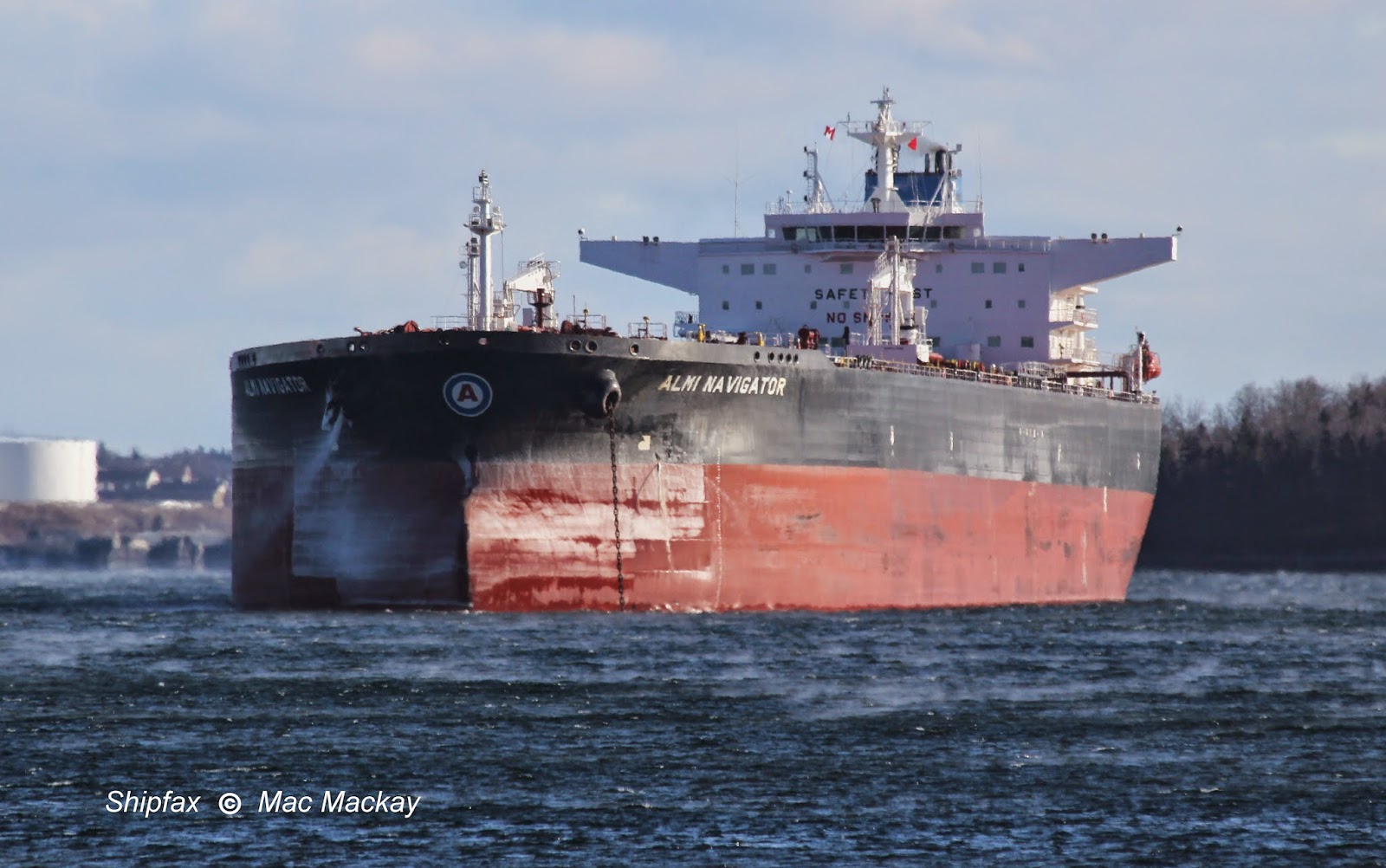 With the sun warming up the air temperature fractionally, some of the sea smoke dissipated, but a rime of frozen spray remains on the ship's bow.

By afternoon the wind was still blowing hard, and the bunkering tanker remained at its berth.
.﻿
Posted by Mac at 2:42 PM