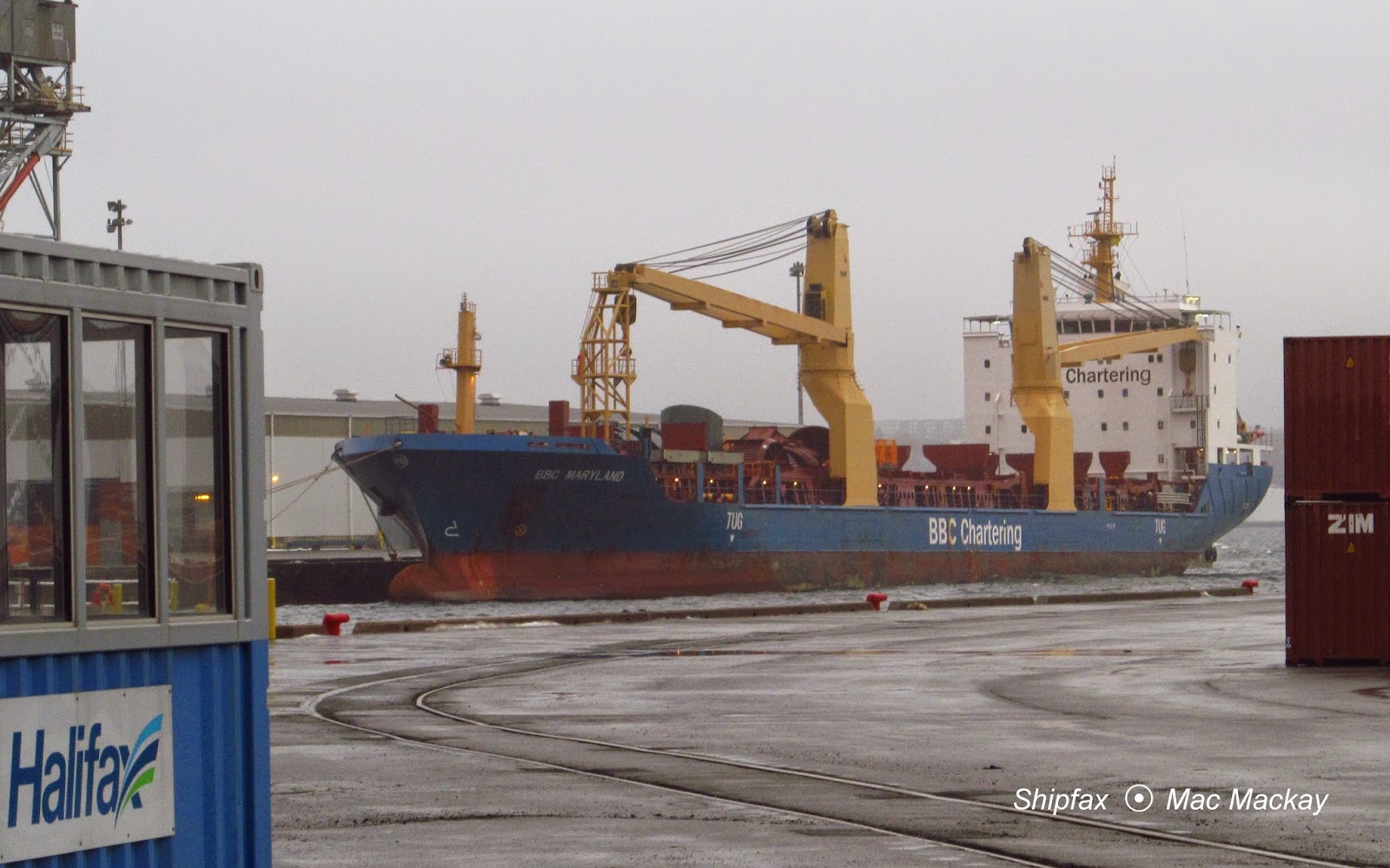 BBC Maryland arrived last night at pier 27. The ship appears to have some large metal fabrications on deck forward. There was no sign of activity at the ship this morning - probably due to high winds and heavy rain predicted for today.
Part of the Briese Schiffahrts fleet of Germany, the ship was built in 2010 and measures 9627 grt, 12720 dwt. Its two cranes are rated at 150 tonnes each, and can combine for single lifts of 300 tonnes. It has a nominal container capacity of 665 and has 50 reefer plugs on deck.
The ship is one of twelve sister ships in the large BBC fleet of 150 ships.