Zim has announced they are dropping their Asia Europe service in the face of competition from  the mega ships operated by consortia of major shipping lines. Unable to match the per box rate of 16,000 TEU+ ships, they will concentrate on their other services, two of which call in Halifax. One advantage Zim will now have is the availability of ships displaced by the mega ships. Zim will have the choice of many such ships in the 6,000 to 8,000 TEU range at competitive rates, but they may not come to Halifax. What we are beginning to see are ships that have been displaced by the 6,000 to 8,000 TEU ships. It is the trickle down theory at work. The ships may not seem at first to be Zim ships, since they will be chartered, maybe short term, and will have come off other charters, with different colours and non-Zim names.

One such arrival today is Dolphin II  the former CMA CGM Dolphin, now flying the Panamanian flag and operated by Technomar Shipping Inc. The 54,309 grt ship was built in 2007 by Hyundai Samho and carries 5078 TEU (including 330 reefers). It was owned by CMA CGM until 2010 when it was acquired by Technomar and chartered back to CMA CGM until early 2013. Zim and CMA CGM have an arrangement, so the ship may well be still under CMA CGM contract. 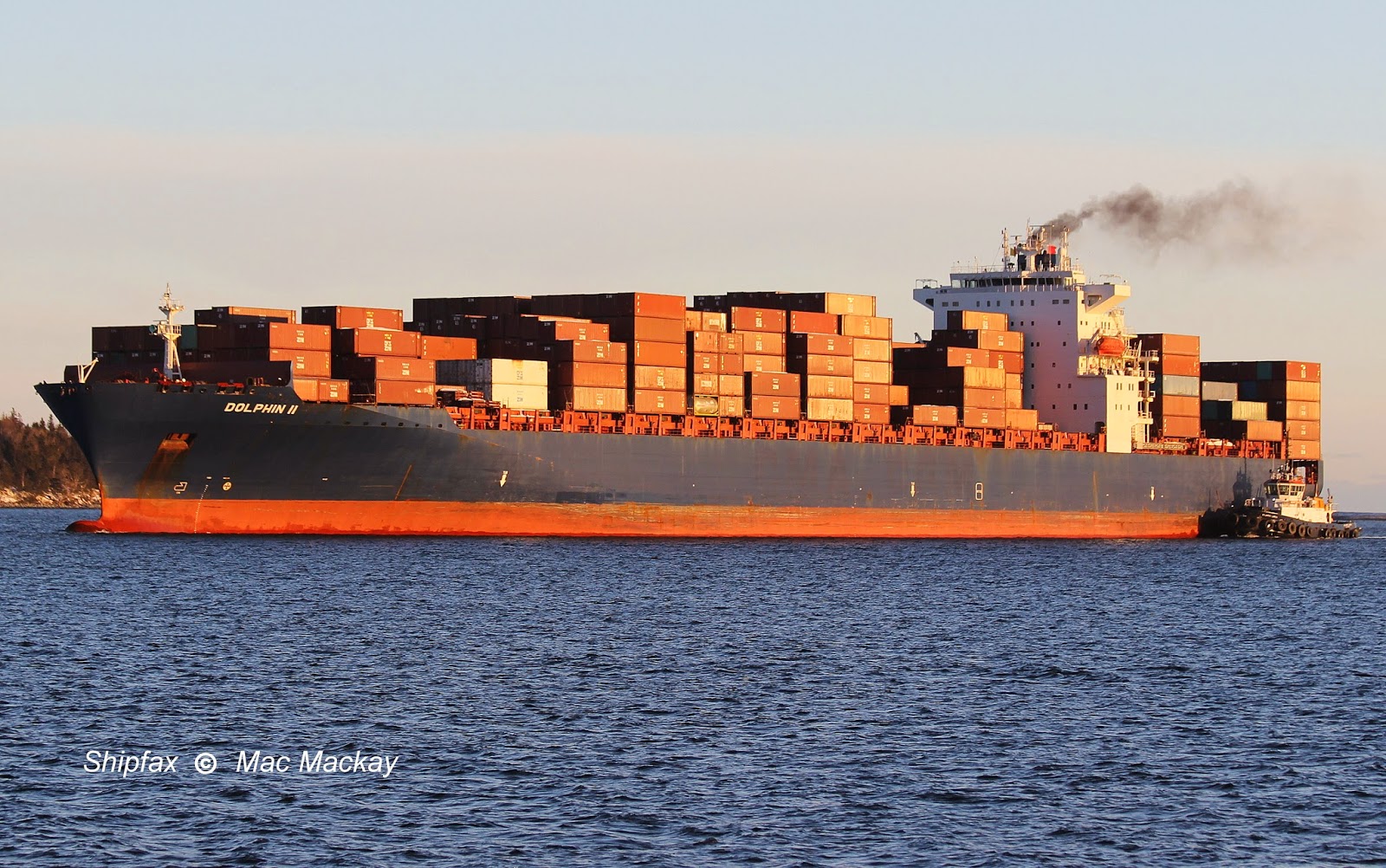 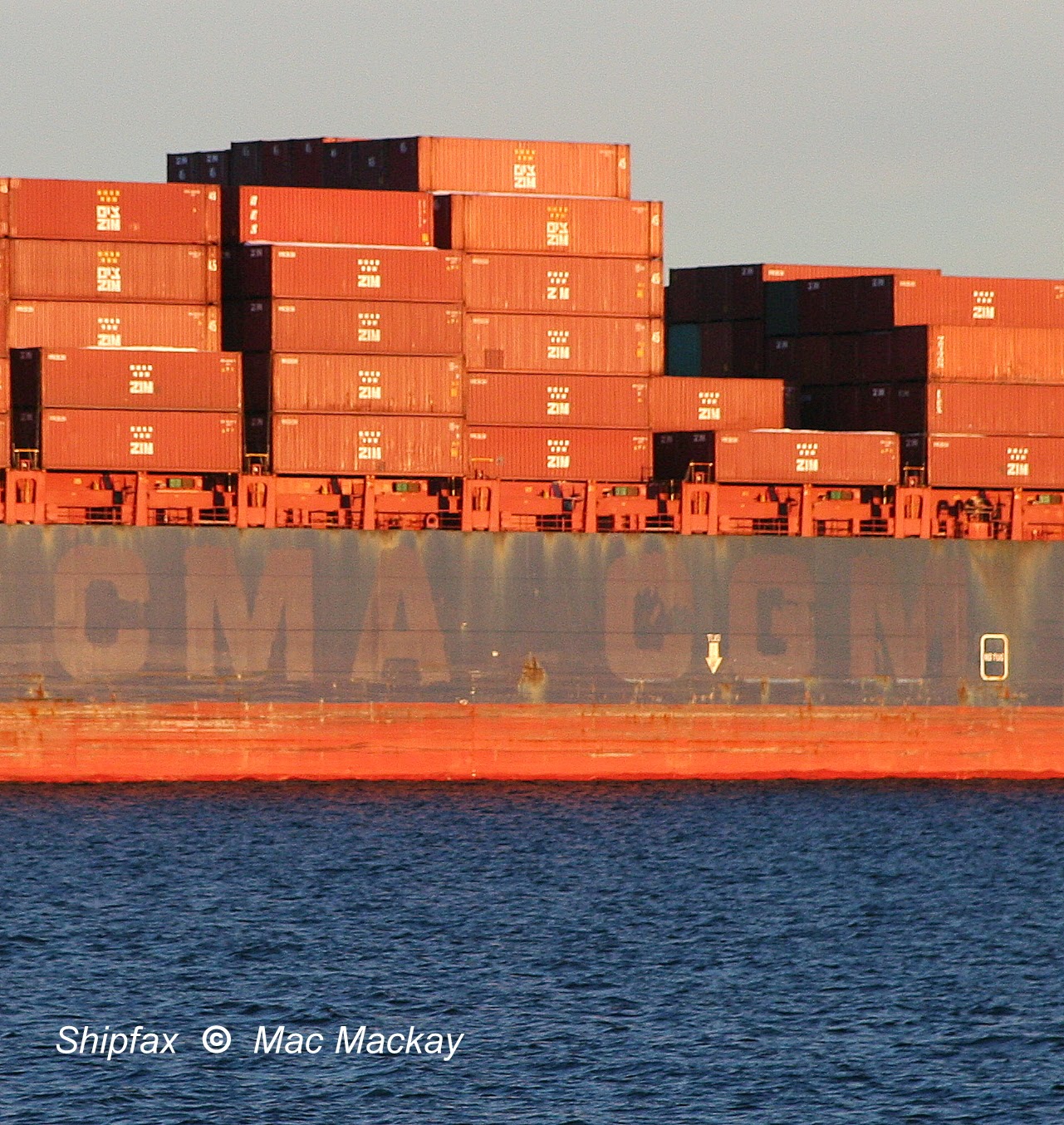 As the ship swung into the sun there could be little doubt about its former operators.


Smaller Zim ships will also be displaced in time, such as today's earlier arrival Zim Texas. Built in 2011 by Jiangsu Zijiang Shipyard it is a 40,542 grt ship that can carry 4256 TEU. It arrived in Halifax for the first time July 21, 2011, and was then a brand new ship. Although it flies the Marshal Islands flag, it is owned by a company incorporated in the Isle of Man, but its technical management is by Rickmers Ship Management of Singapore.

It was a few minutes late getting away, and its berth was taken immediately by Dolphin II. Once outside the pilot station, but still in the Halifax VTS zone the ship announced a main engine breakdown and advised that it would be drifting in place for "one hour" - which stretched into about 2.5 hours - before the engine could be repaired.

The ship is bound for New York, and will no doubt be closely monitored under the new regime, wherein low sulphur fuels are now required. We can expect many more of these engine failures due to fuel issues, and ships will be drifting around or calling in tugs all along the coasts.The reliability of engines built for heavy fuel will be key to this problem. .