More Sunday by the numbers

HMCS Toronto made an ice-clad arrival - which I missed-  and tied up at HMC Dockyard Jetty Charlie 3 about 1000, to be met by dependents and other well wishers. After six months in the Mediterranean, the ship berthed first in St.John's NL last week and came on to Halifax. It must have been making speed to have accumulated so much ice. 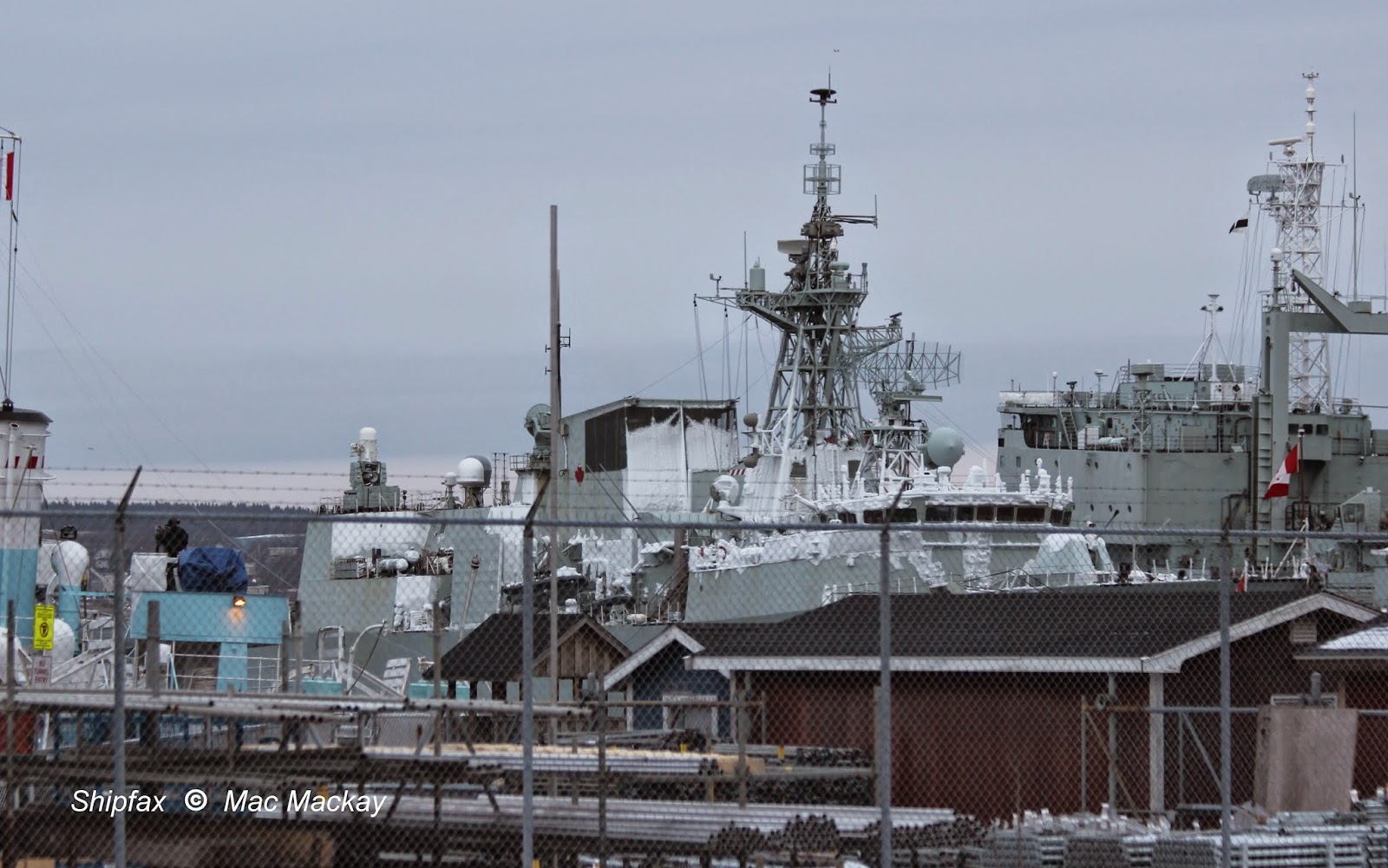 Nestled in between Sackville and Preserver, Toronto is shedding some of its frozen spray as the temperature rises.

It was not until later in the afternoon that Cenito finally moved back to Imperial Oil #3. By that time Algoma Dartmouth had moved on the pier 9, where it will take Algonova alongside for bunkers this evening.

Cenito at anchor yesterday morning in Bedfrod Bains, with a few lingering traces of sea smoke.

Meanwhile Sarah Desgagnés arrived at pier 26 just at dusk. A rare caller in Halifax, the ship usually works abroad under Barbados flag during the winter, but this year appears to be headed for layup. 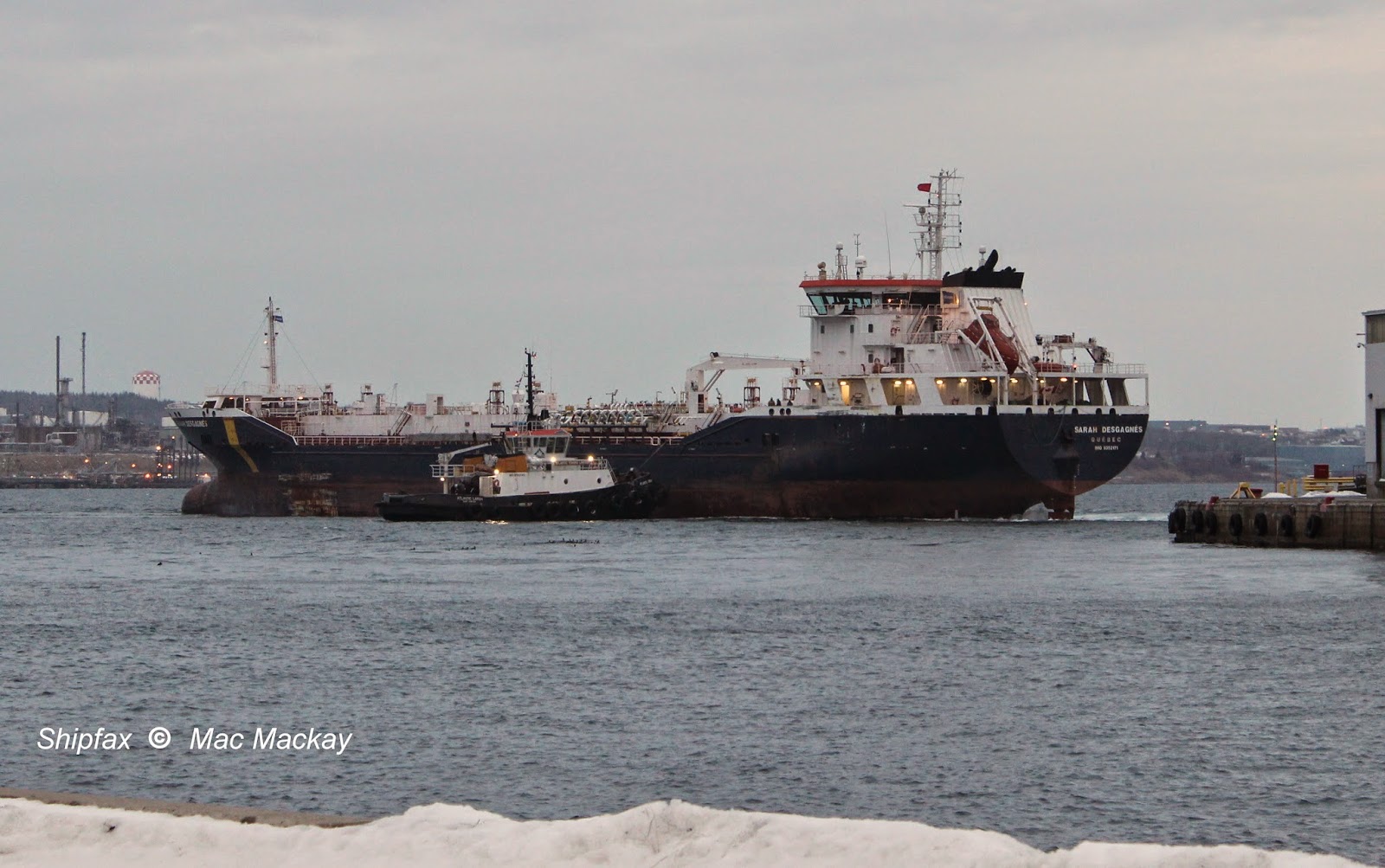 Atlantic Larch assists Sarah Desgagnés to turn and back in to pier 26 to layup. She shows no frozen spray, indicating an arrival from the south.

Built in 2007 by the Gisan shipyard in Tuzla, Turkey as Besiktas Greenland it was registered in Quebec May 2, 2008. It spent the winter of 2008-2009 trading between the UK and Europe. Over the winter of 2010-2011 it spent nine months in Antwerp when its charterer went into bankruptcy. It was freed in March 2011 and returned in Canada in May. It usually operates on the St.Lawrence and the Great Lakes in the shipping season, but does go farther afield.. It is the second Desgagnés tanker to layup in Halifax this winter - Maria Desgagnés is at pier 33. 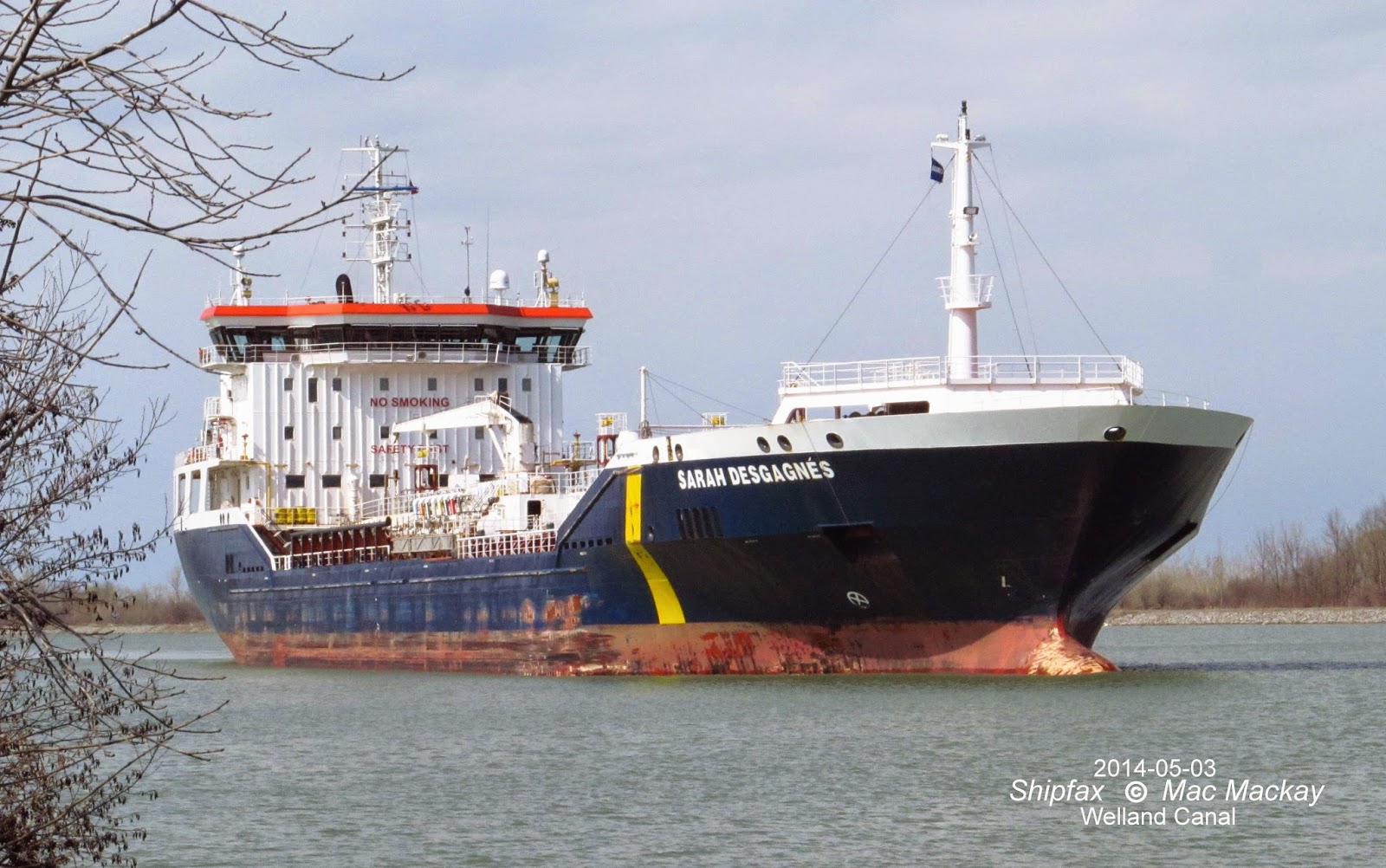 In somewhat more clement conditions Sarah Desgagnés makes her way upbound in the Welland Canal in May. Nevertheless she soon met thick ice at Port Colborne as the Lakes had record ice cover in the winter 2013-2014, and it was still clogging the locks well into May.