There was lots of room to tie up at pier 33, since the bunkering tanker Algoma Dartmouth, which uses pier 34 had gone to Point Tupper for a refill. Its large fenders were left in its place, just visible at left. It returned late Saturday.

The Petro-Nav tanker Maria Desgagnés arrived at pier 33 on Saturday in ballast. The only place it would load product in Halifax is at Valéro (formerly Ultramar) and it may be that there are delays there. The tanker High Fidelity unloaded at Valéro on Friday, and went to anchor in Bedford Basin, also on Saturday. 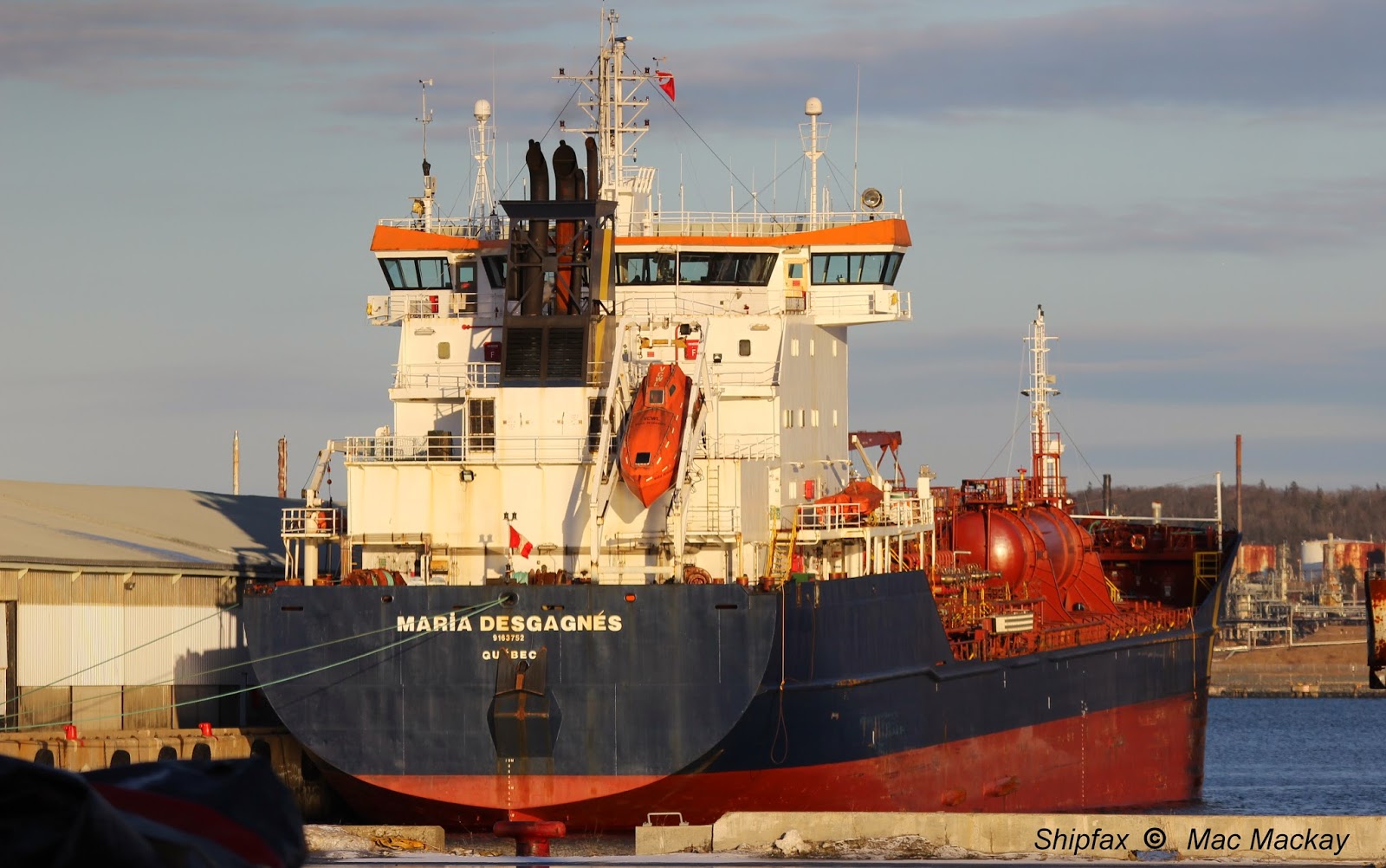 In ballast and with fire wires deployed, the tanker may be in layup, or just in layover.

Qiuxin Shipyard in Shanghai launched the ice class 1A tanker Kilchem Asia in September 1998, but is was acquired and completed for Transport Desgagnés Inc in March 1999. It traded its way to Canada, arriving in Quebec September 22, 1999 where it was then chartered to the Desgagnés subsidiary Petro-Nav.