A.P.A. in all weathers

The sun begins to burrn off heavy clouds of sea smoke this morning. With little harbour activity, the pilot boats sit calmy at their dock. 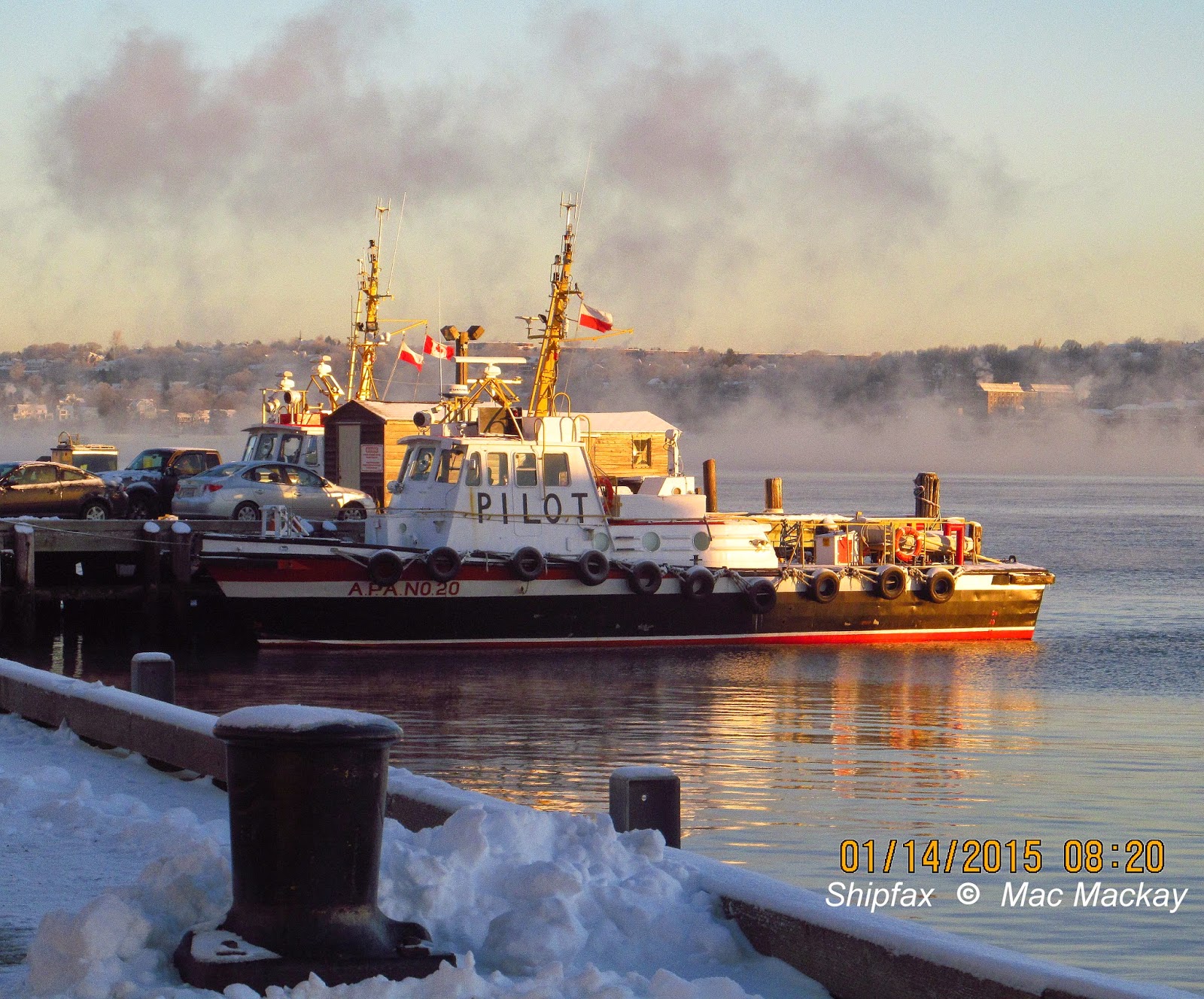 The main pilot boat Chebucto Pilot is back from its refit, but is not always in service. Long time main pilot boat, but now back-up boat, A.P.A.No.1 is at the dock, as is A.P.A.No.20, which is often brought in as back-up boat when one of the other boats is off line. It has performed this function in Halifax, Saint John, and Placentia Bay since it was built for the Atlantic Pilotage Authority. Breton Industrial + Marine in Point Tupper built the twins A.P.A.No.18 and A.P.A.No.20 in 1974 and the slightly modified A.P.A.No.1 in 1976. 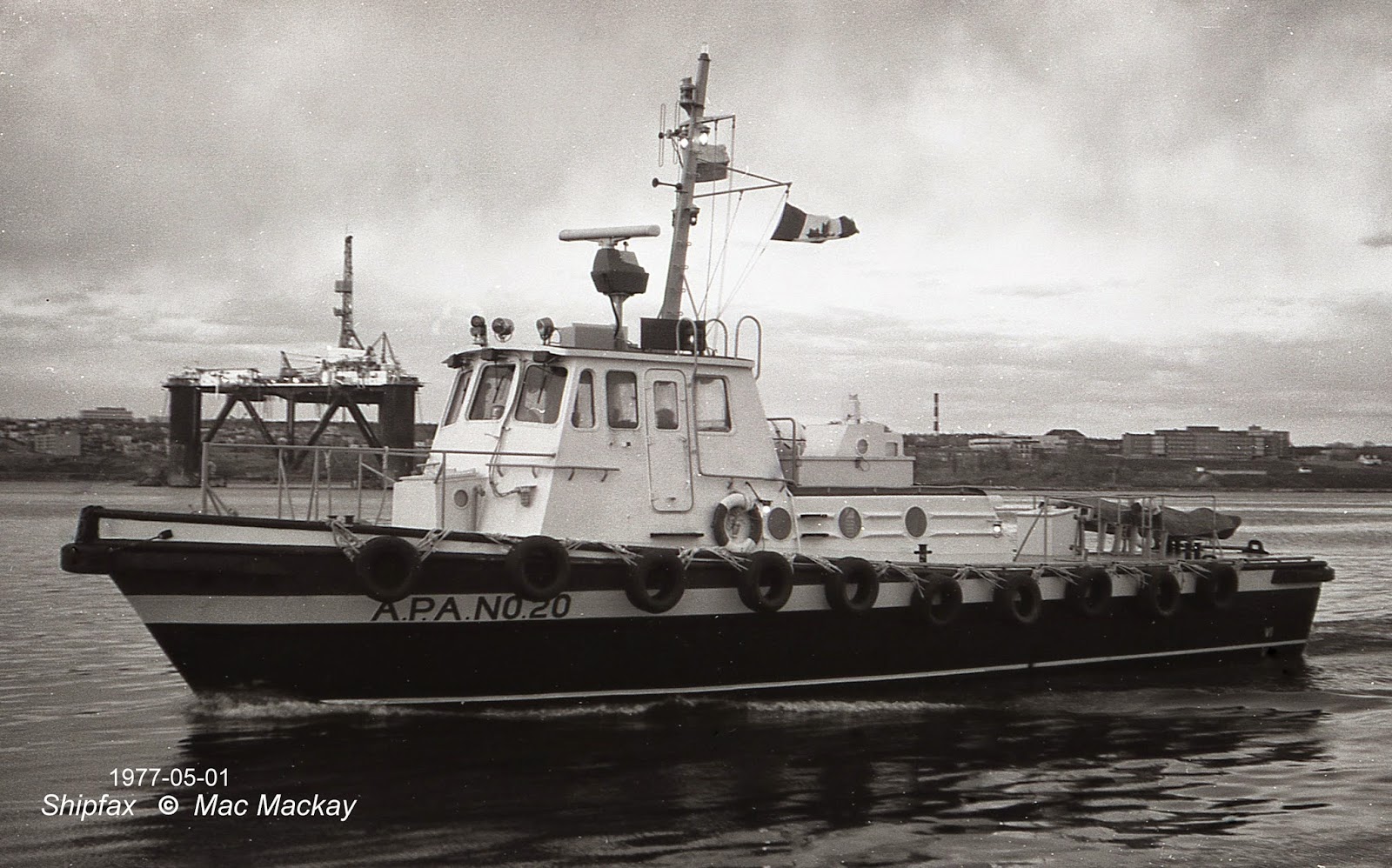 As built A.P.A.No.20 had side doors in the wheelhouse. These have since been removed, and a new door on the after side of the wheelhouse has been added. The later A.P.A.No.1 was built with a slightly higher wheelhouse and no side doors.

Before the Atlantic Pilotage Authoriity, Transport Canada operated the pilot boats in Halifax, and from the mid 1960s to mid 1970s the primary boat was Canada Pilot No.4 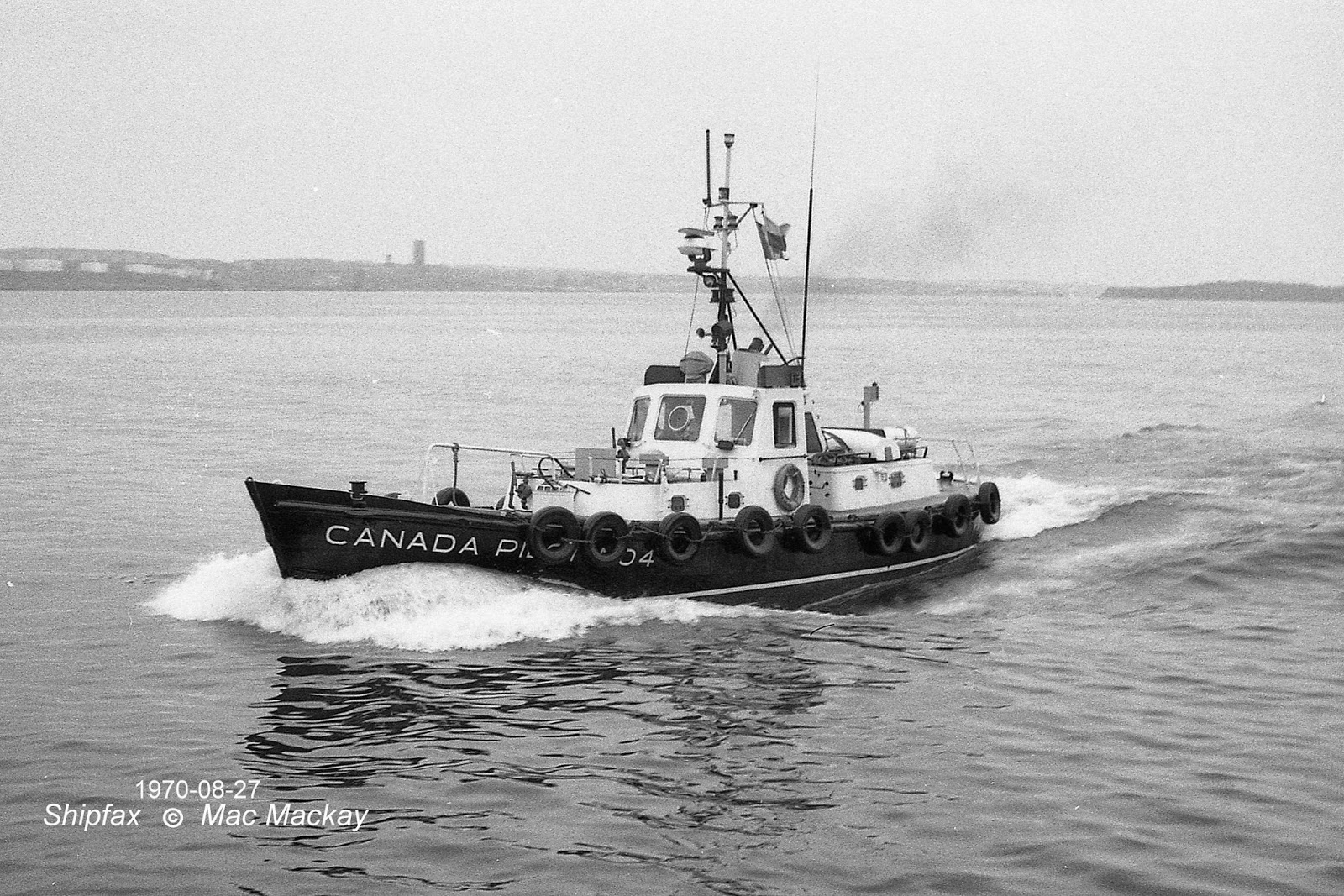 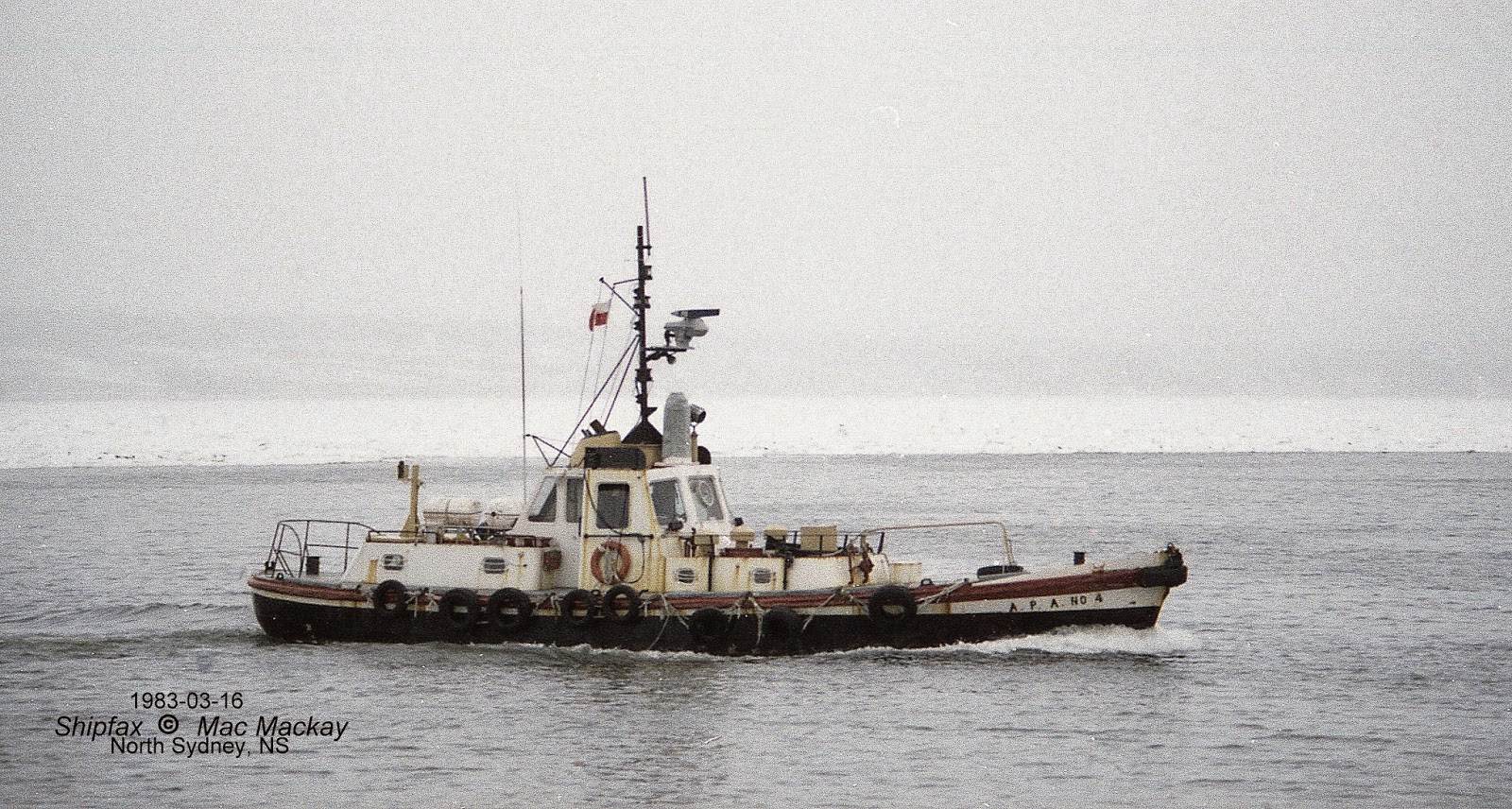 Renamed A.P.A.No.4  in 1973 on the formation of the Atlantic Pilotage Authority, it was transferred to North Sydney. It is seen working its way into the dock past a mass of spring ice.

Chebucto Pilot will be up and running full time soon, and crews may expect more wintery conditions again this year. 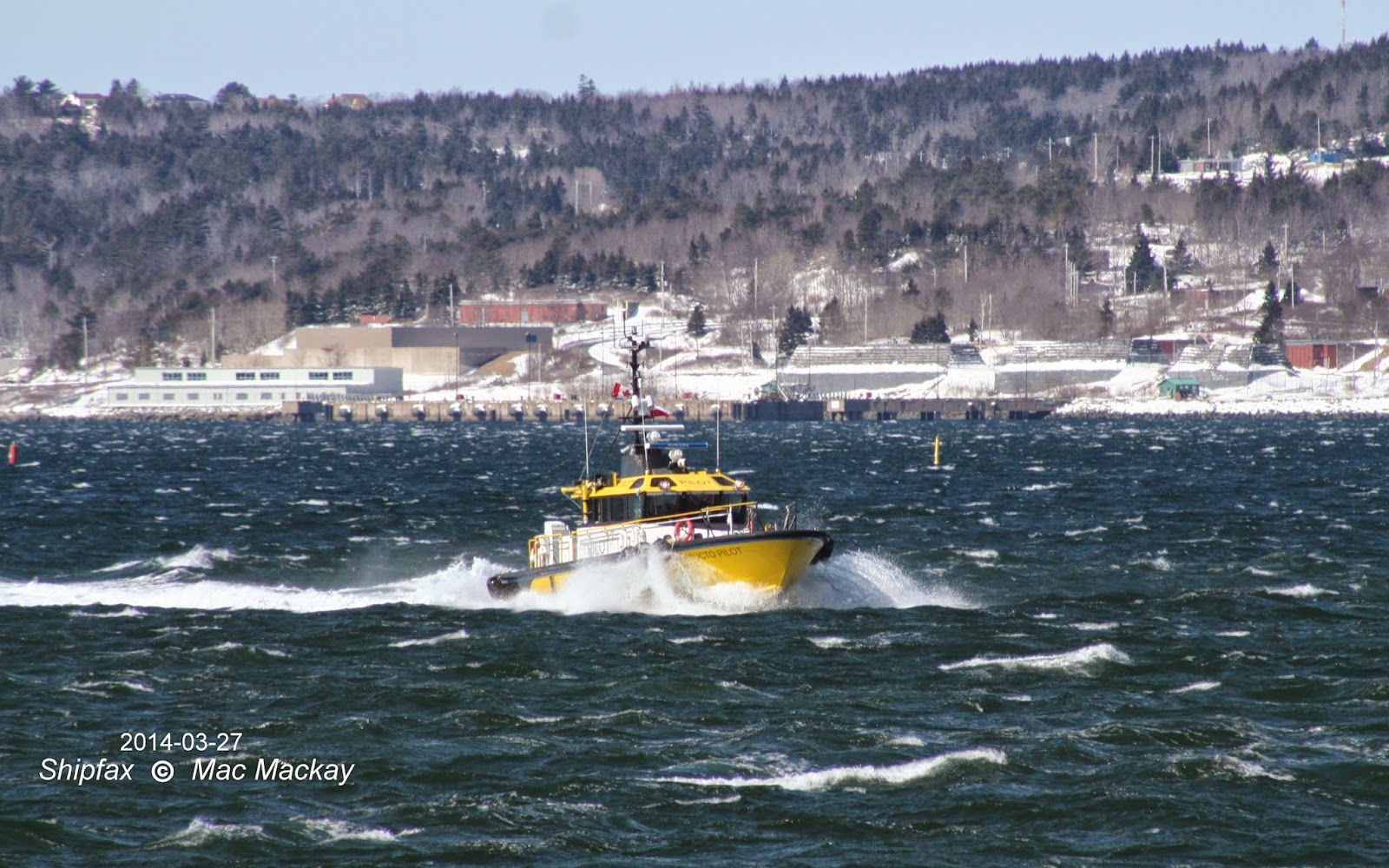