The rudderless tanker Australian Spirit has arrived safely in Setubal, Portugal, in tow of the tug Janus. When leaving Halifax January 7, they gave an ETA of January 18 in Portugal. The arrival on January 21st is still not too shabby in view of the horrendous weather just north of the Iberian Peninsula, which no doubt slowed arrival somewhat. 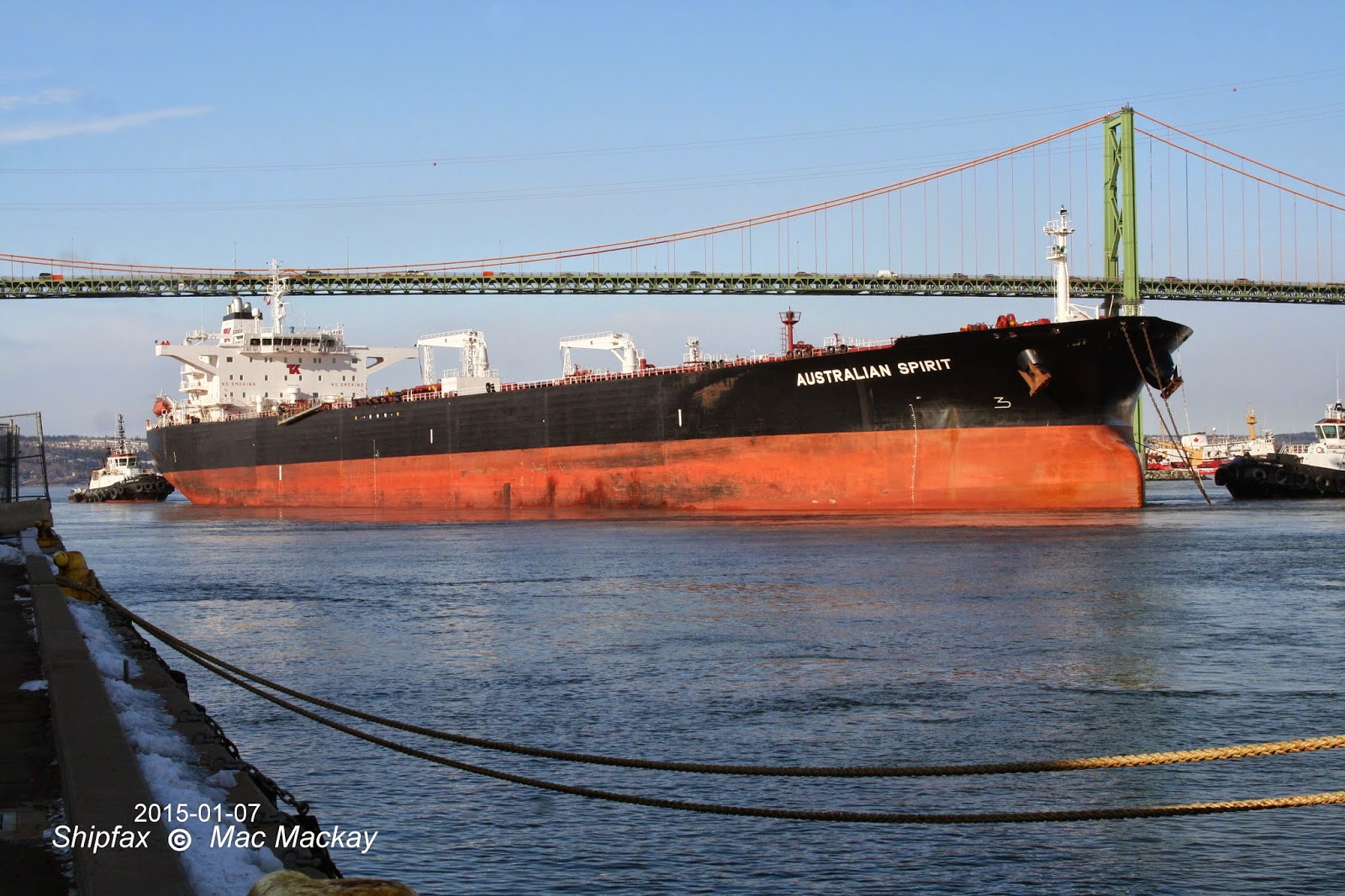 Tugs assist Australian Spirit off the dock at pier 9C, and tug Janus prepares to take the strain: 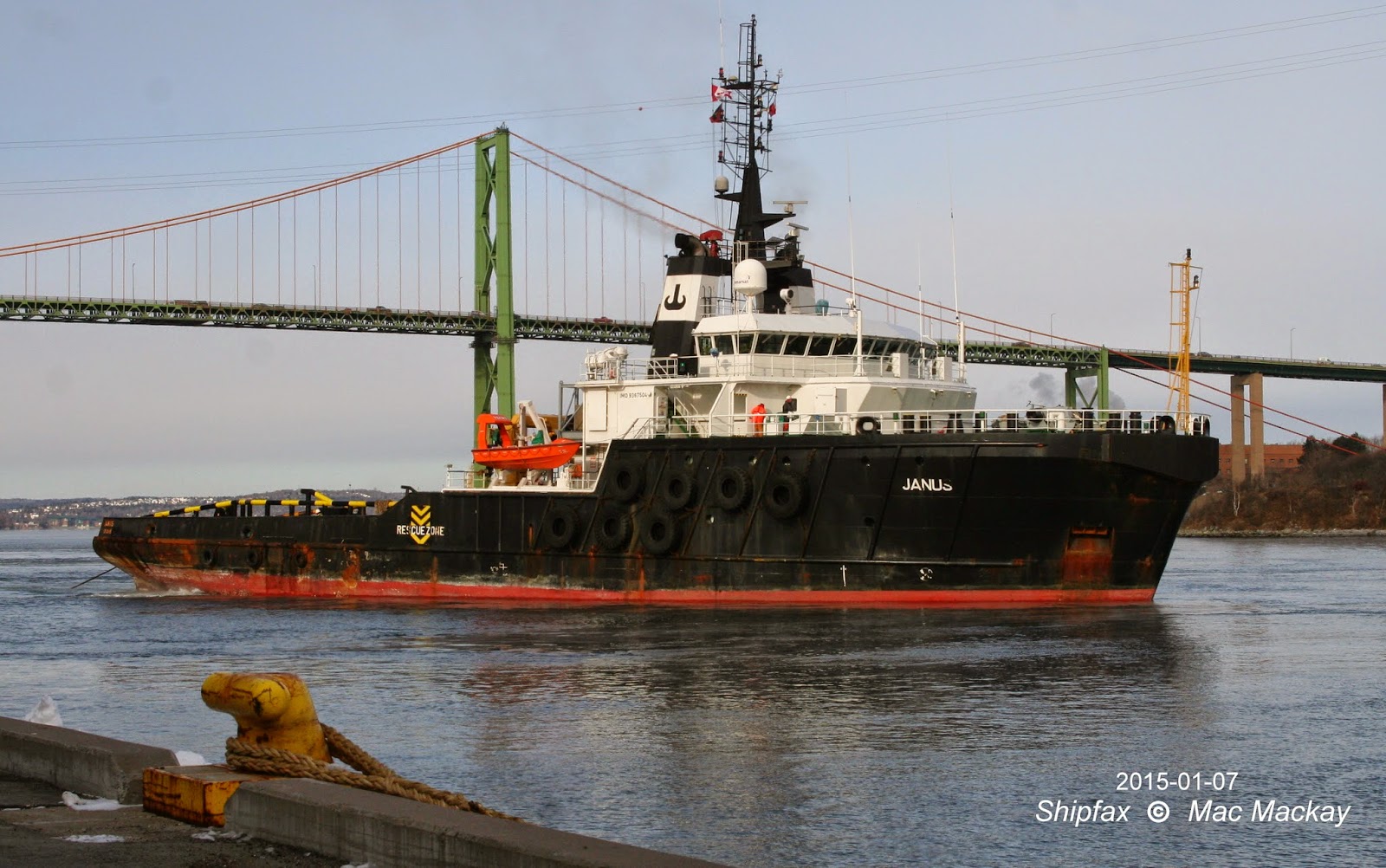 The disabled Atlantic Companion is still anchored in Bantry Bay, Ireland but is expected to sail for Halifax January 23. After losing power on Janaury 21, the ship was able to reach a safe anchorage after drifting for 12 hours.The crew is no doubt working feverishly on the repair to one cylinder. Sources have suggested that the switch from 30 years of burning heavy fuel has dislodged build up in the cylinders,. This is not the first cylinder problem ACL ships have experienced. In the last three years there were two if not three similar incidents, and one was on Atlantic Companion. 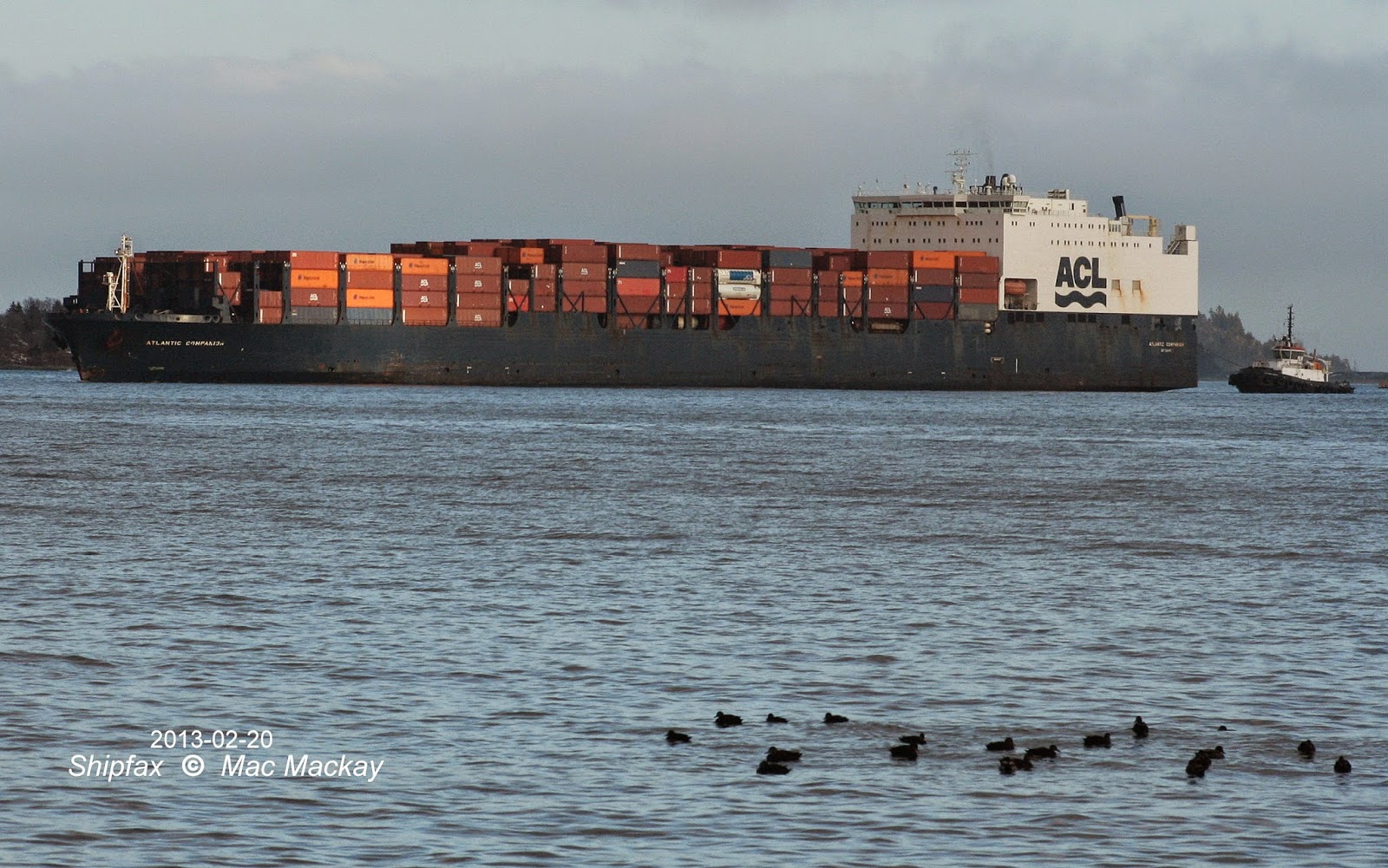