Let Me Count the Ways

The oddly named tanker Two Million Ways arrived this morning and berthed at Valero (Ultramar) in Eastern Passage. The Cypriot flagged ship is a sizeable one for a product tanker at 40,685 grt, 73,965 dwt, and was built in 2007 by Onomichi Dockyard in Japan. It operated as Eagle Hope until 2011. 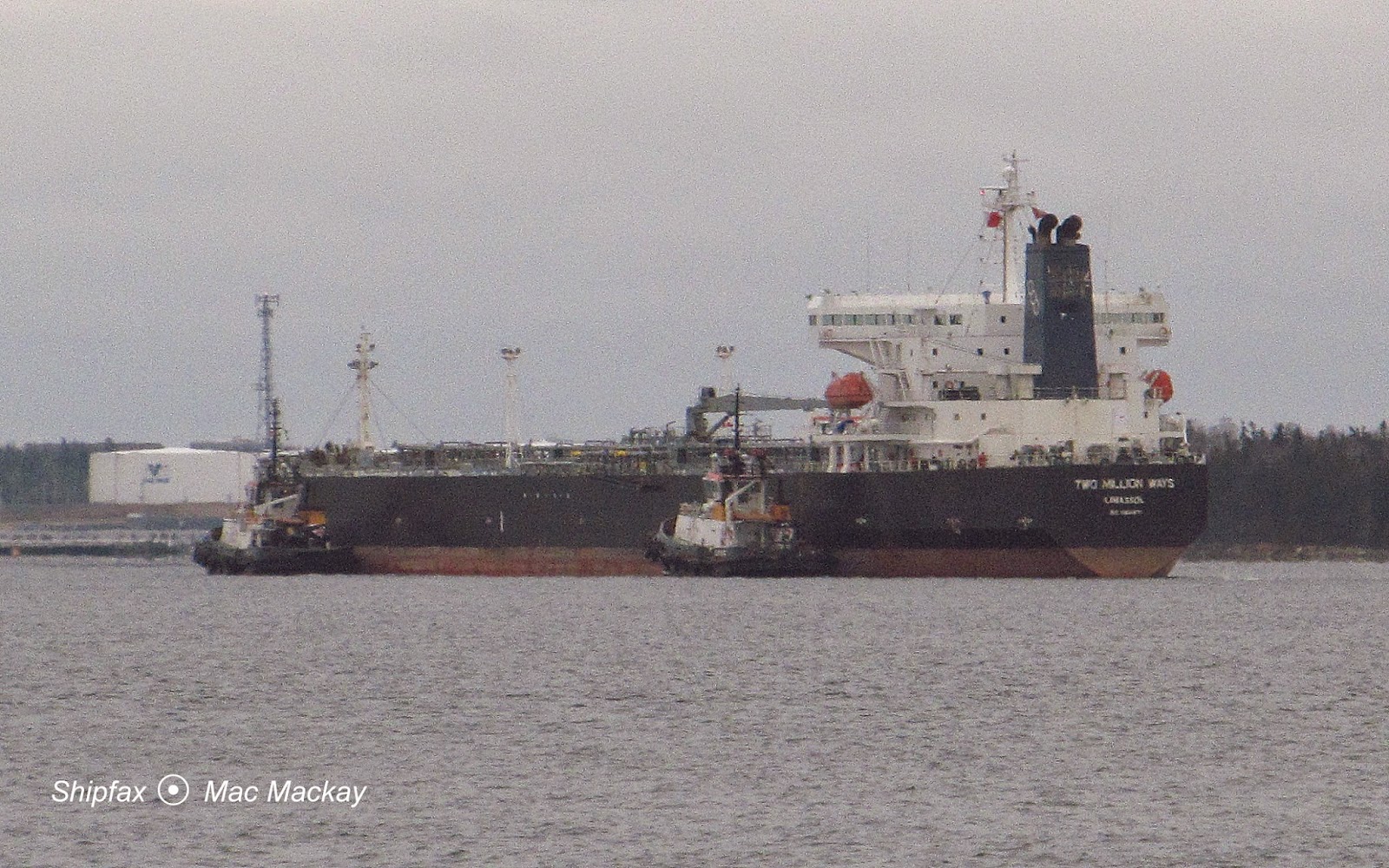 The ship was spotted last week on the St.Lawrence River, where it likely unloaded some cargo at Valero's refinery in Levis, QC. Judging by its full width bridge structure, it seems likely that the ship is built for winter conditions, with a high ice class. This also suggested by the name of the owners, Nord Klaus Oldendorff of Hamburg, Germany.