January 2, 2015 was a back to business day in Halifax, with work resuming at both container piers and Autoport. Weekly caller Oceanex Sanderling, which sometimes arrives as early as Wednesday, arrived at Halterm this morning and after an evening visit to Autoport will sail to night for St.John's.

At Autoport Camellia Ace arrived at the pier about 0800, but the ramp did not go down under after 0830. 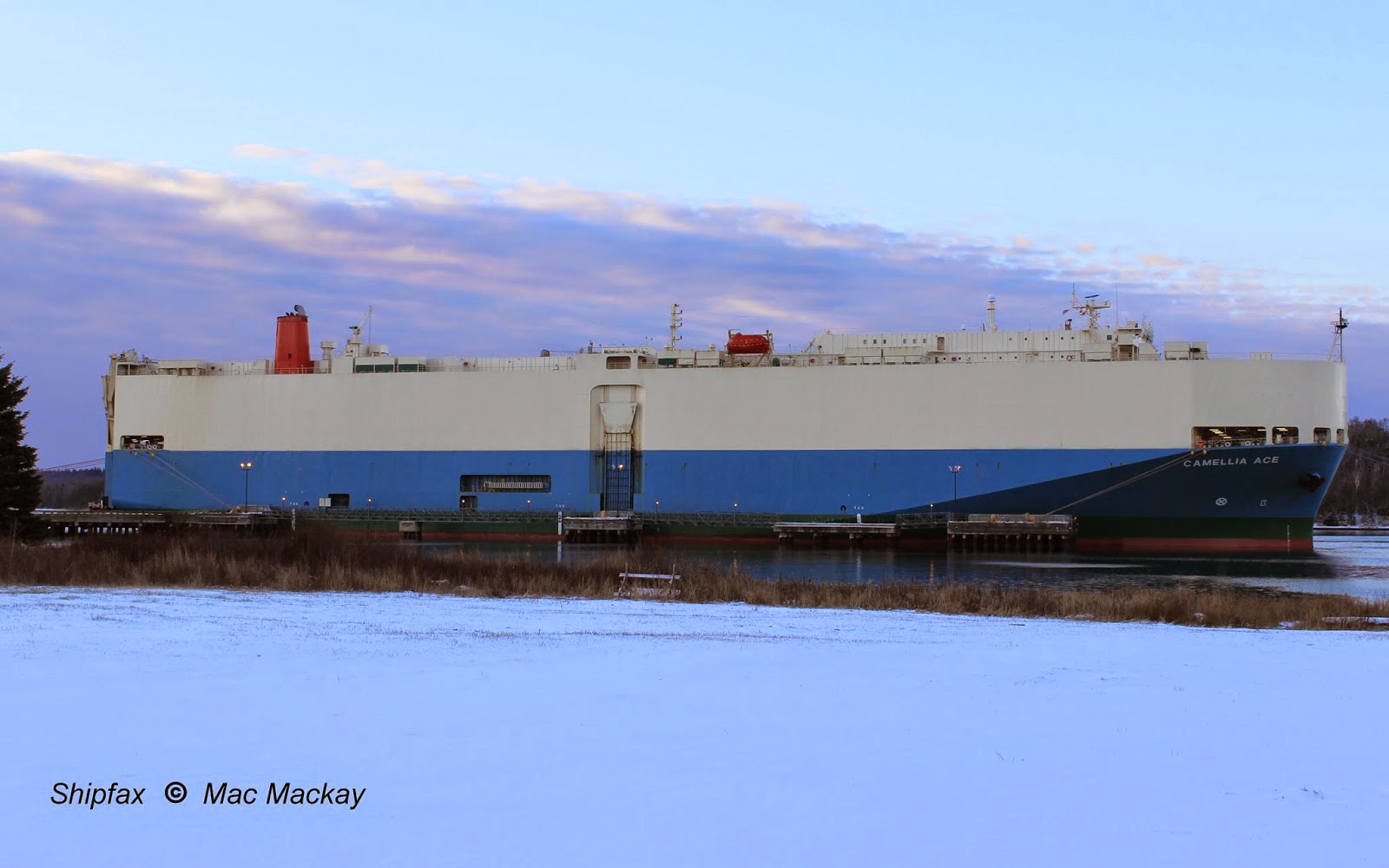 With a couple of centimeters of fresh snow in the foreground, Camellia Ace is secured at Auoport, but the ramp is not down yet at 0837 hrs this morning.


At the other end of the harbour at Fairview Cove, Yantian Express also arrived first thing in the morning. 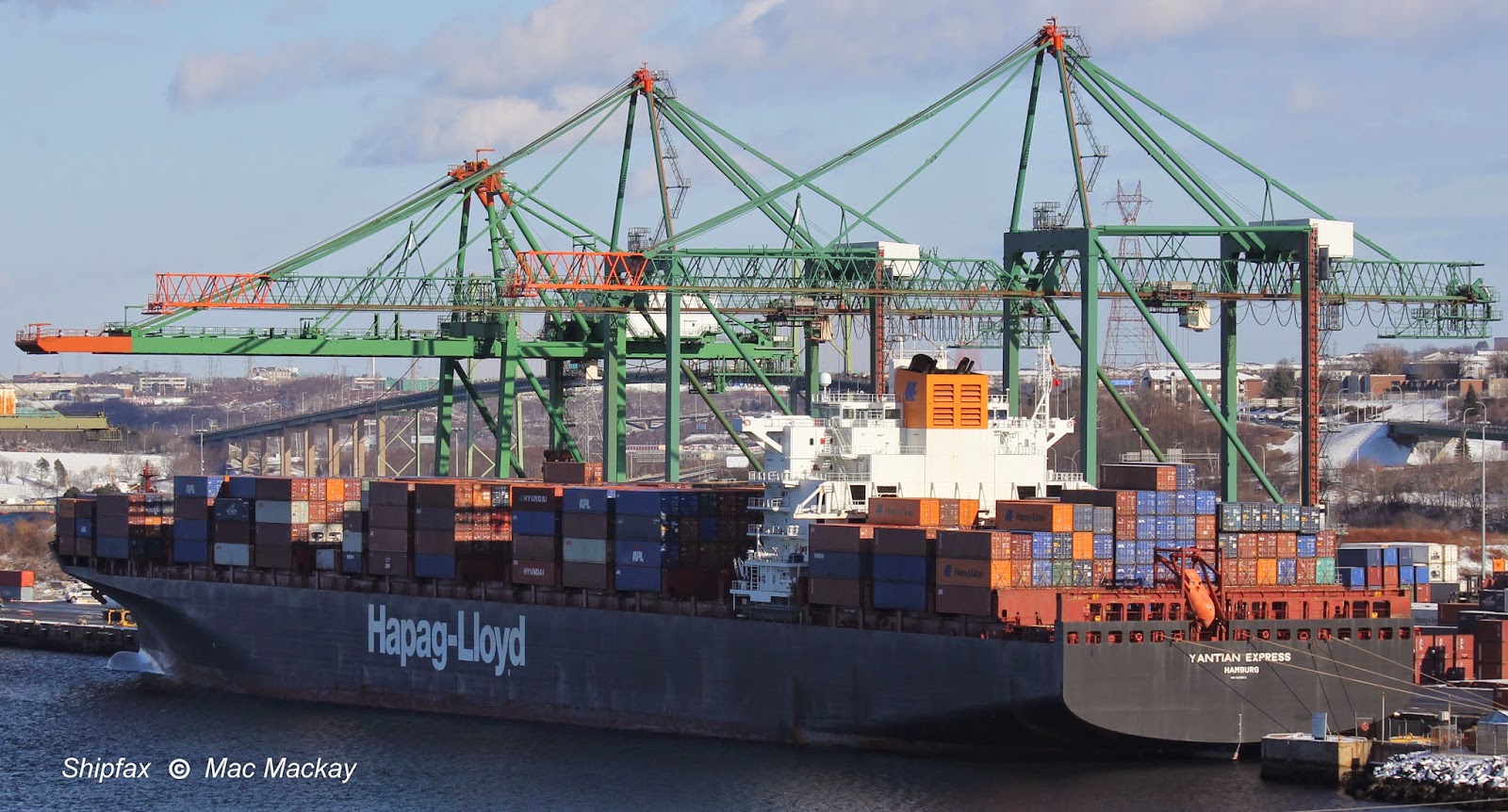 By early afternoon three cranes were working on Yantian Express

Laid down as Berlin Express and delivered as Shanghai Express it has had its current name since 2012. A product of Hyundai Heavy Industries in Ulsan, the 88,493 grt ship has a 7506 TEU capacity, of which 700 can be refrigerated. It first called here May 20, 2013 as a precursor to the G6 Alliance service which actually started in June of that year.

It made the news shortly afterwards, when on June 17, 2013 it was 840 n.mi. from Mumbai and rescued all 26 crew from MOL Comfort. The MOL ship had broken its back 200 n.mi. from Yemen in the Arabian Gulf . Unforgettable images of the ship accordioning in on itself have been seen by millions on the internet. If you haven't seen it before take a look: MOL Comfort images
Subsequent investigations determined a design flaw in the ship, which did not allow for the it withstand sea conditions when fully loaded.