Before the sun penetrated through the sea smoke this morning there were freezing fog conditions in Halifax. Cold steel - particularly on ships - is an ideal surface for attracting frozen fog, but most ships that were visible seemed little effected. After yesterday's very busy day in the port, things are returning to relative calm again.

BW Lynx sailed from number one anchorage. It had been at Valero Eastern Passage until last night when it moved out for bunkers. 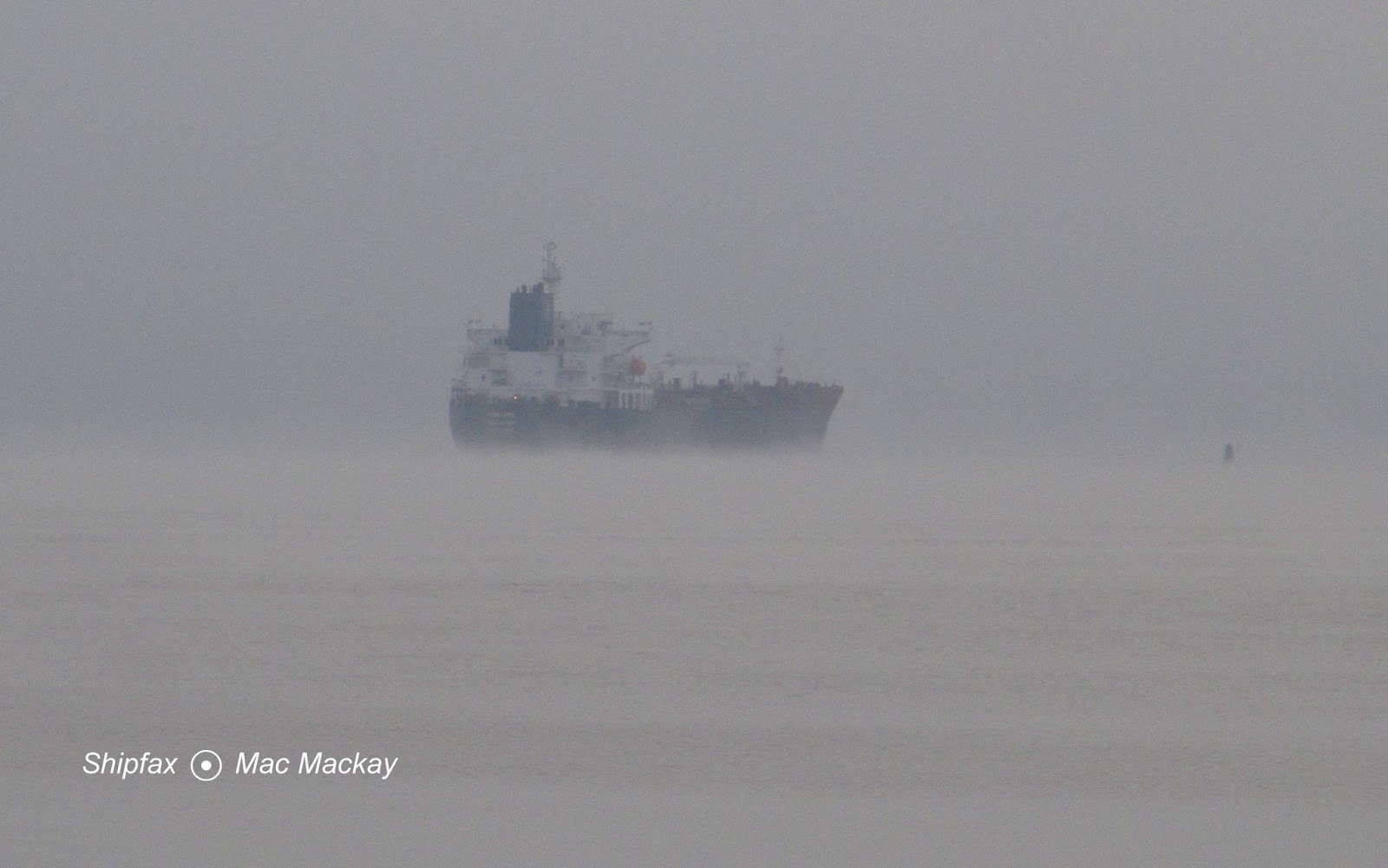 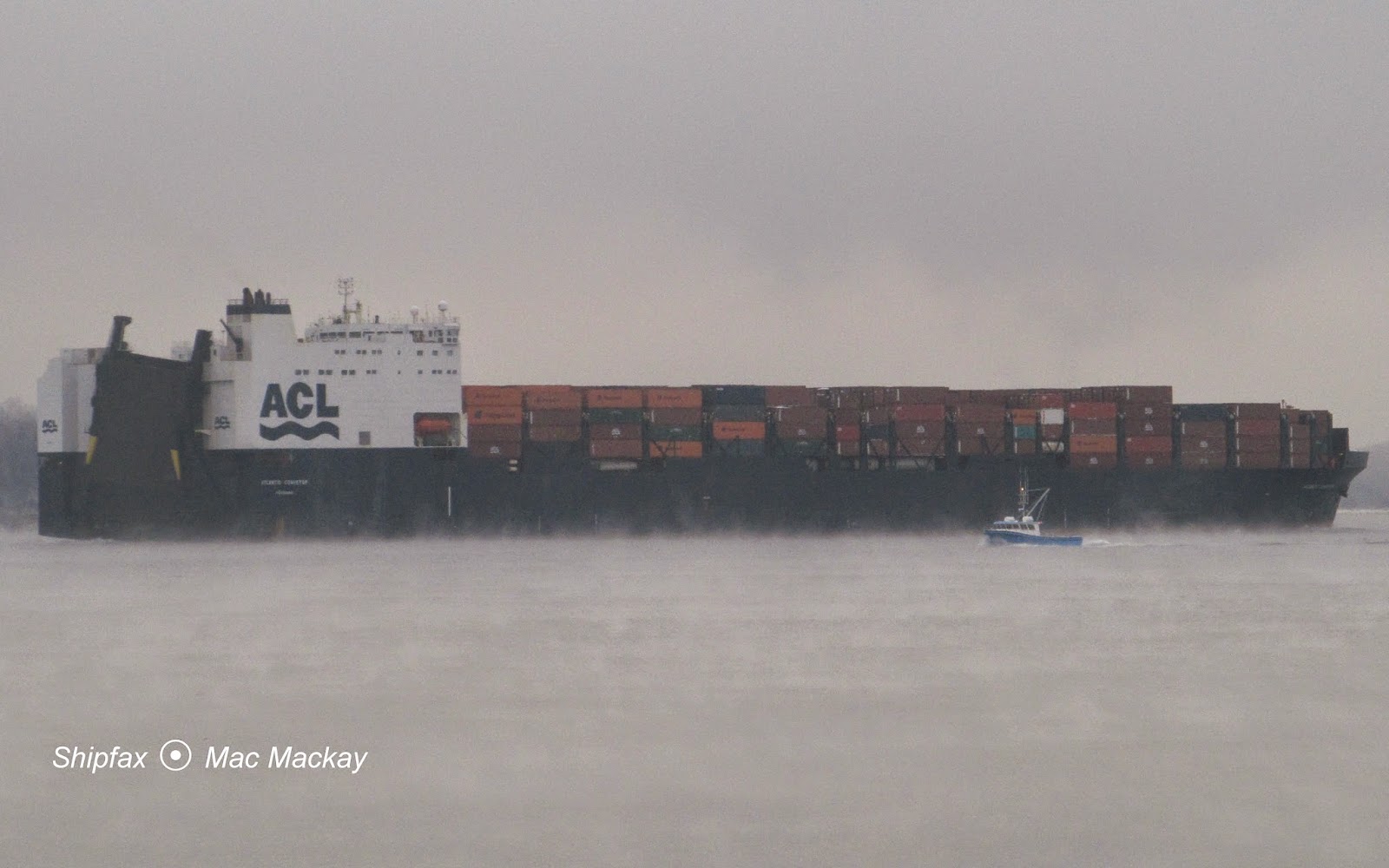 Anchored in the main harbor British Integrity awaits its turn for bunkers. 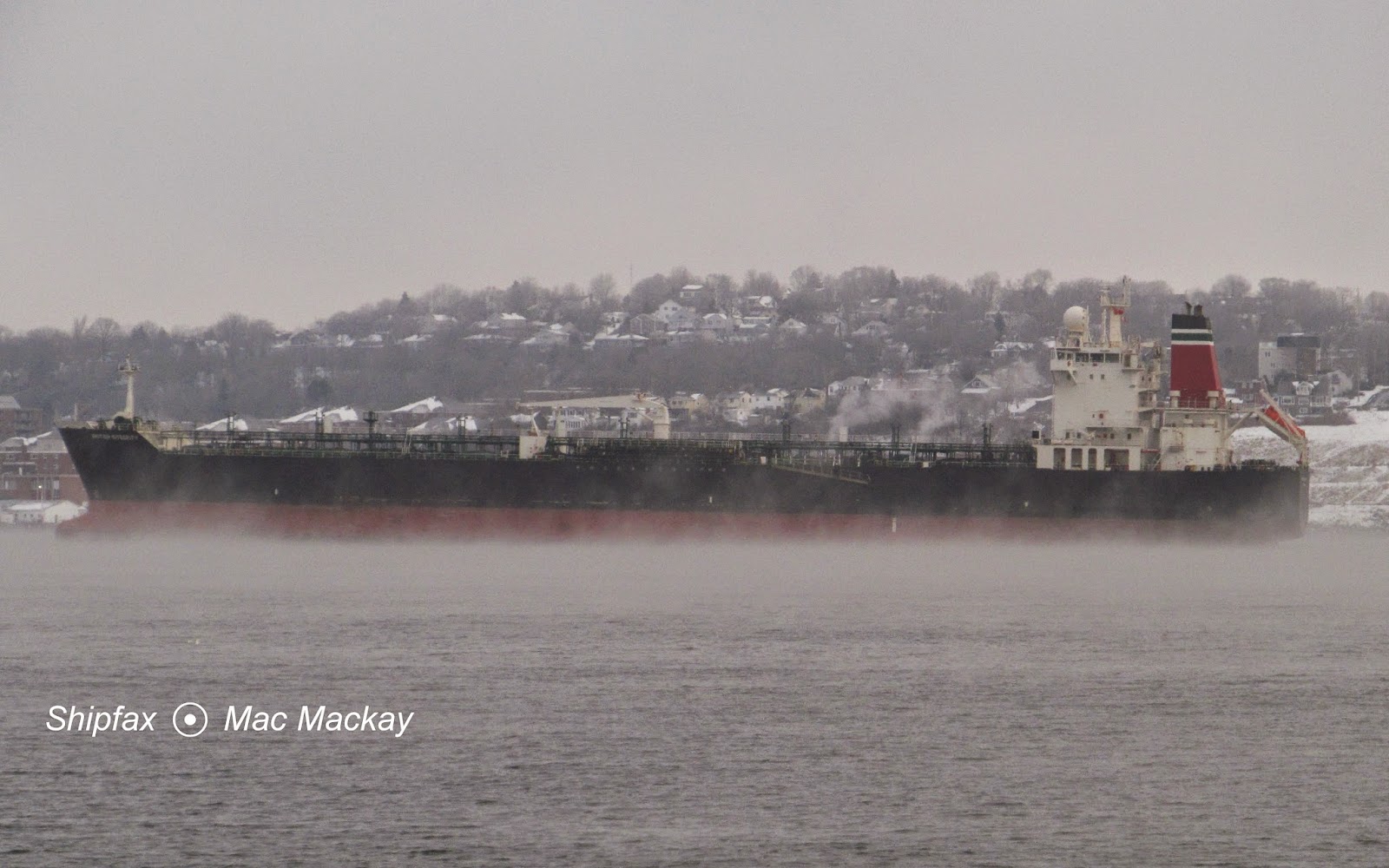 And George's Island remains anchored in its usual position, with a nice coating of snow. 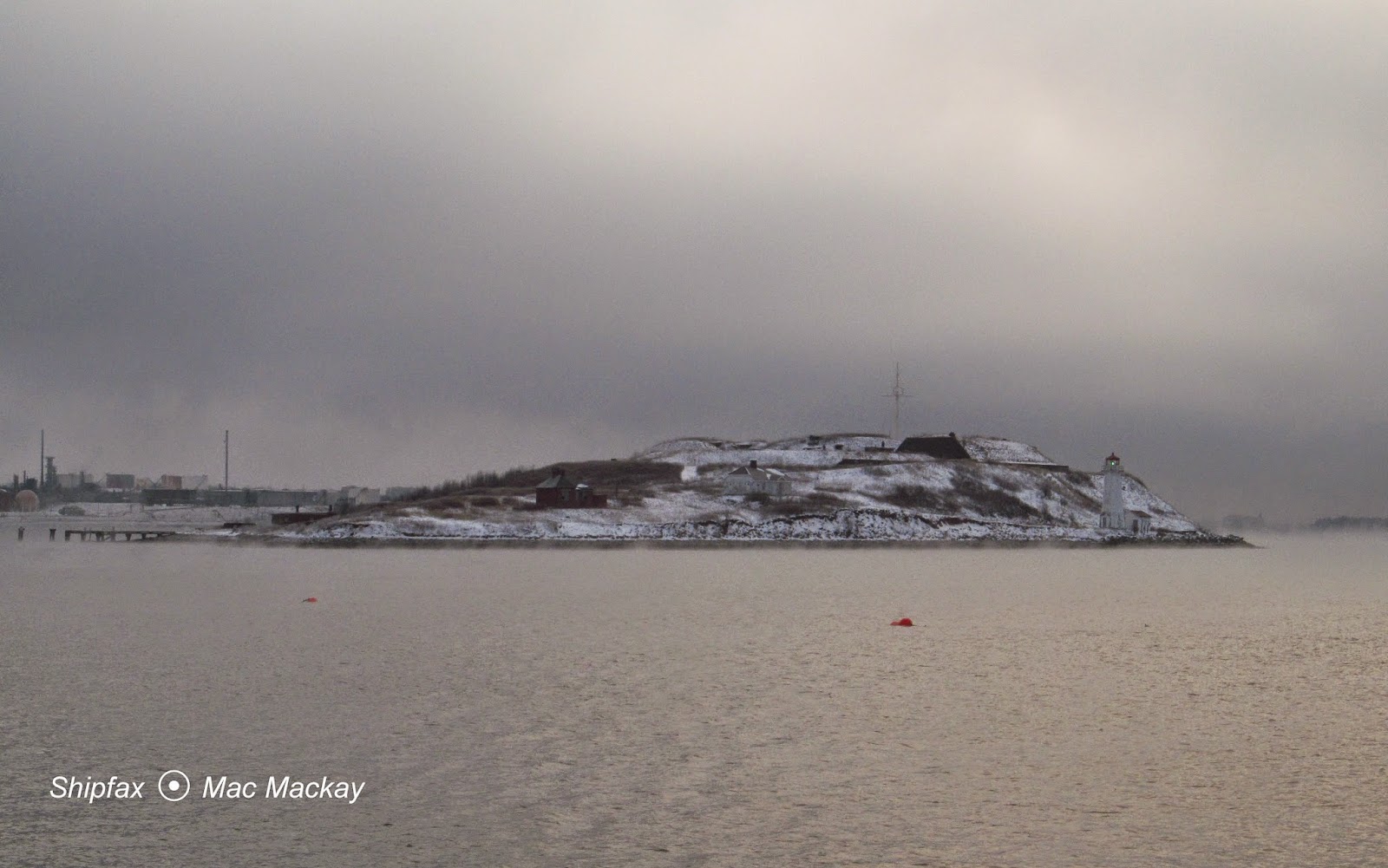 The orange buoys have been set out to mark the anchors for Waterworks Construction's barge that is working on the new cruise ship bollard at Tall Ship Quay.