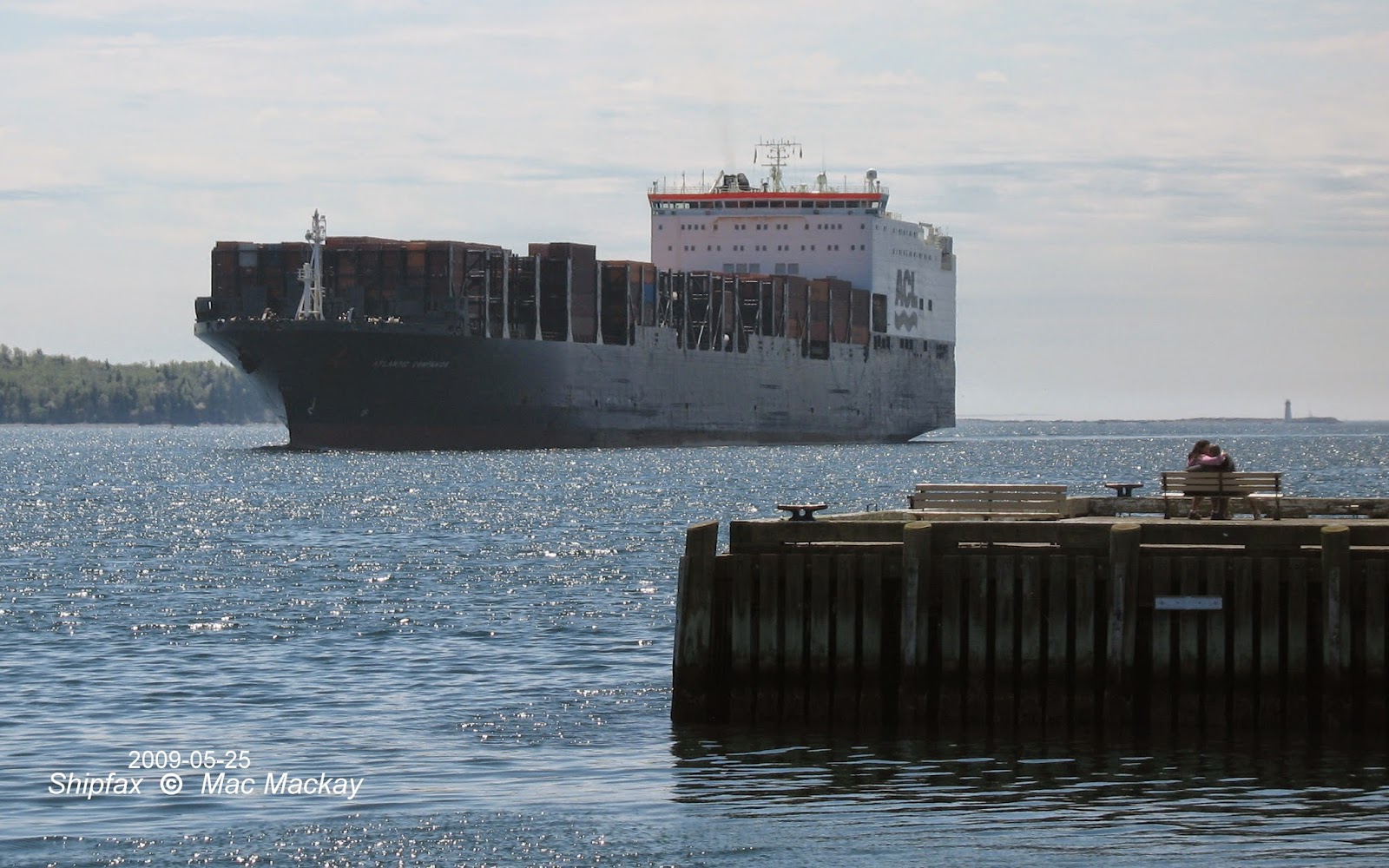 Atlantic Companion arriving in Halifax in May 2009 escapes the notice of a couple on a bench. It may be a while before the ship's next arrival.

Atlantic Companion left Bantry Bay, Ireland this morning, doing 16.5 knots. After losing power last week and drifting for twelve hours, the crew has apparently made repairs to the engine, but the ship did not head for Halifax. Instead it is returning to Liverpool. After losing a week in the schedule and then returning to Liverpool means the ship will be doubling up with the next ship in the rotation. Whether this means a further repair session or the opportunity to pick up more cargo, time will tell.