The tanker Australian Spirit got underway on schedule this morning, in  the general direciton of Portugal.
The German tug Janus has the unenviable job of towing the rudderless tanker, and is giving a January 23 arrival. That seems a very fast tow, so it is possible that the ship may be giving some assistance despite its condition. 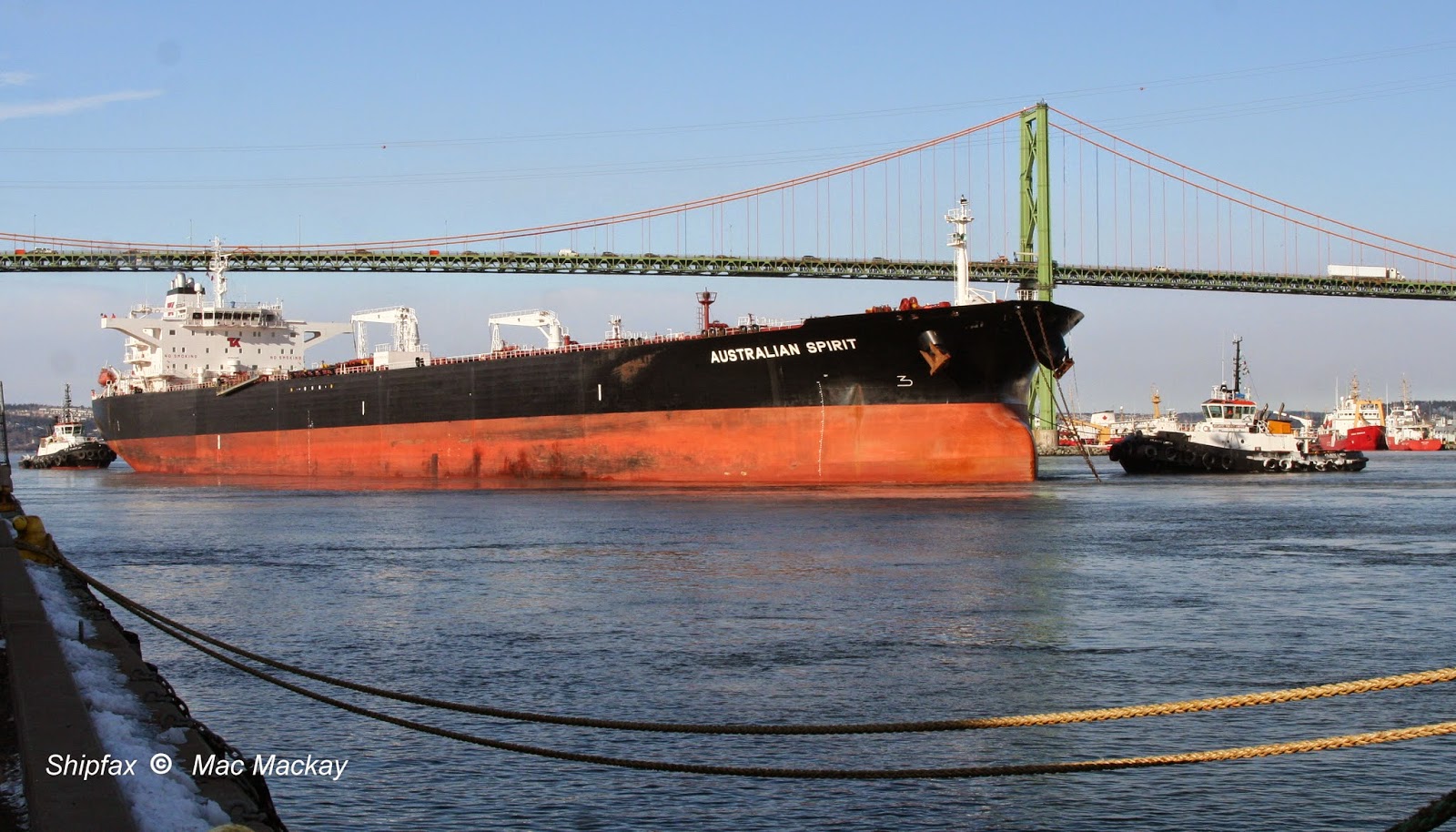 Atlantic Larch has pulled the bow off the dock at pier 9c and will swing around to the stern, where Atlantic Oak has the tethered escort position. Atlantic Willow is on the starboard quarter and not visible.

All three harbour tugs assisted in getting the ship off the berth at pier 9c, with Atlantic Oak providing tethered escort at the stern as far out as the pilot station. Atlantic Larch and Atlantic Willow took up positions on either side of the stern once underway, to guide the ship through the Narrows and out of the harbour. 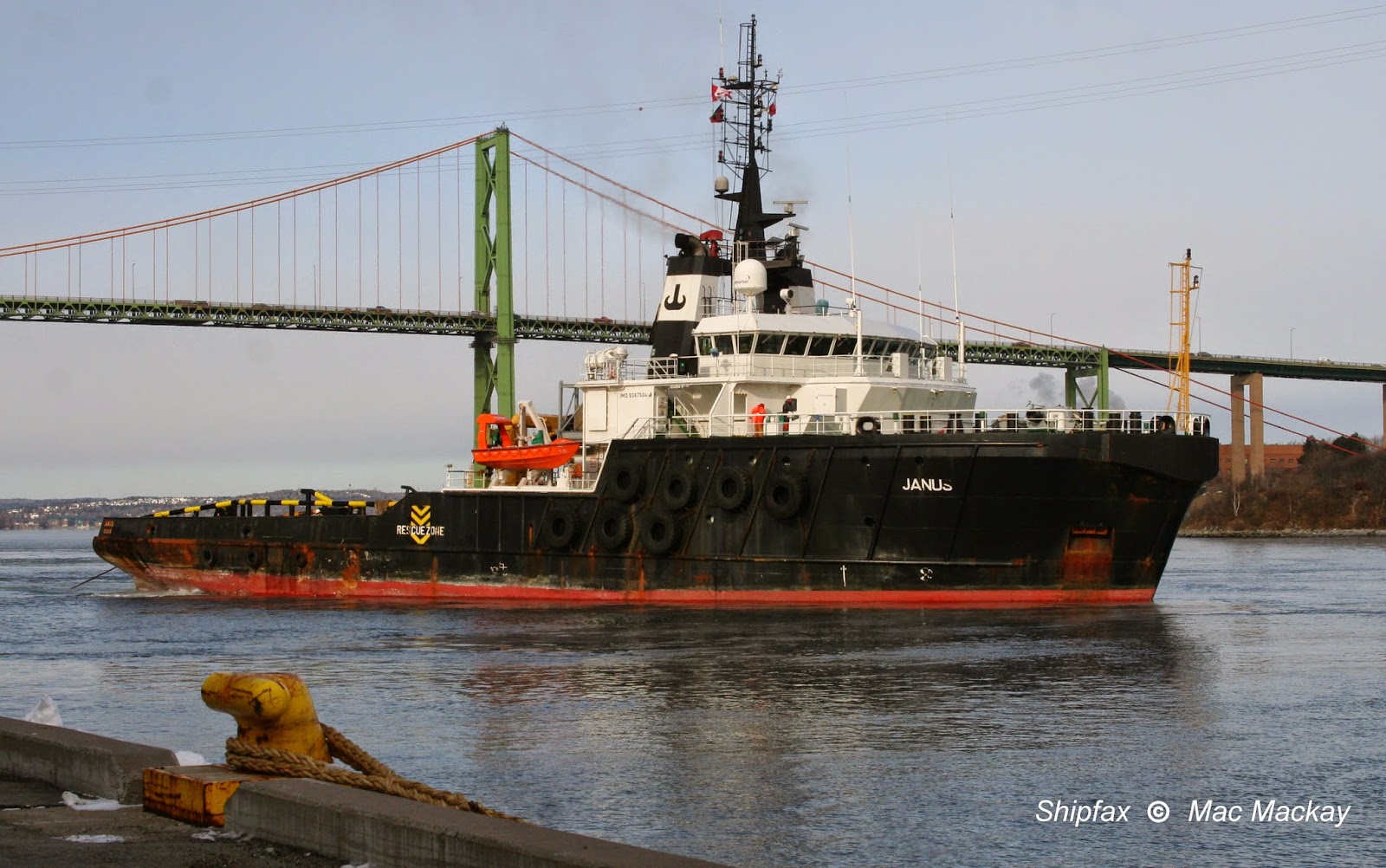 Janus is inching ahead on the tow line, but the harbour tugs are doing all the work at this point.

With the tow line taught Janus is now providing the power as the ship begins to swing around the knuckle at pier 9 / pier 9a.

It is no coincidence that the tug Janus got the job to tow this ship for repairs. Australian Spirit is owned by the large tanker company Teekay Shipping. As part of their business, they also operate Teekay Offshore Partners (TOO) - which operates floating production and storage tankers (FPSOs), stationed on oil fields around the world. To better service these FPSOs, TOO took an ownership position in ALP Maritime Services, former managers of the Harms tugs, and made an offer to buy the six large tugs that Harms now operates (bit does not own). So certain were they that sale would go through, Teekay/ALP began to market the tugs under new names and brand. However Harms disputes the sale and has sued to have it overturned. The tugs are actually owned by German investment syndicates (KGs), and Harms is trying to overturn the decision of the shareholders to sell the tugs..
Janus and another Harms tug were working with a pipelaying barge, and had just towed the barge from Africa to Venezuela when the call came out to tow Australian Spirit. Therefore to keep the work in the family (at least for now) Janus sailed up from Venezuela, via Willemstad and San Juan.