A miscellaneous sort of day

There was a little bit of everything today, with ships coming and going at all hours. 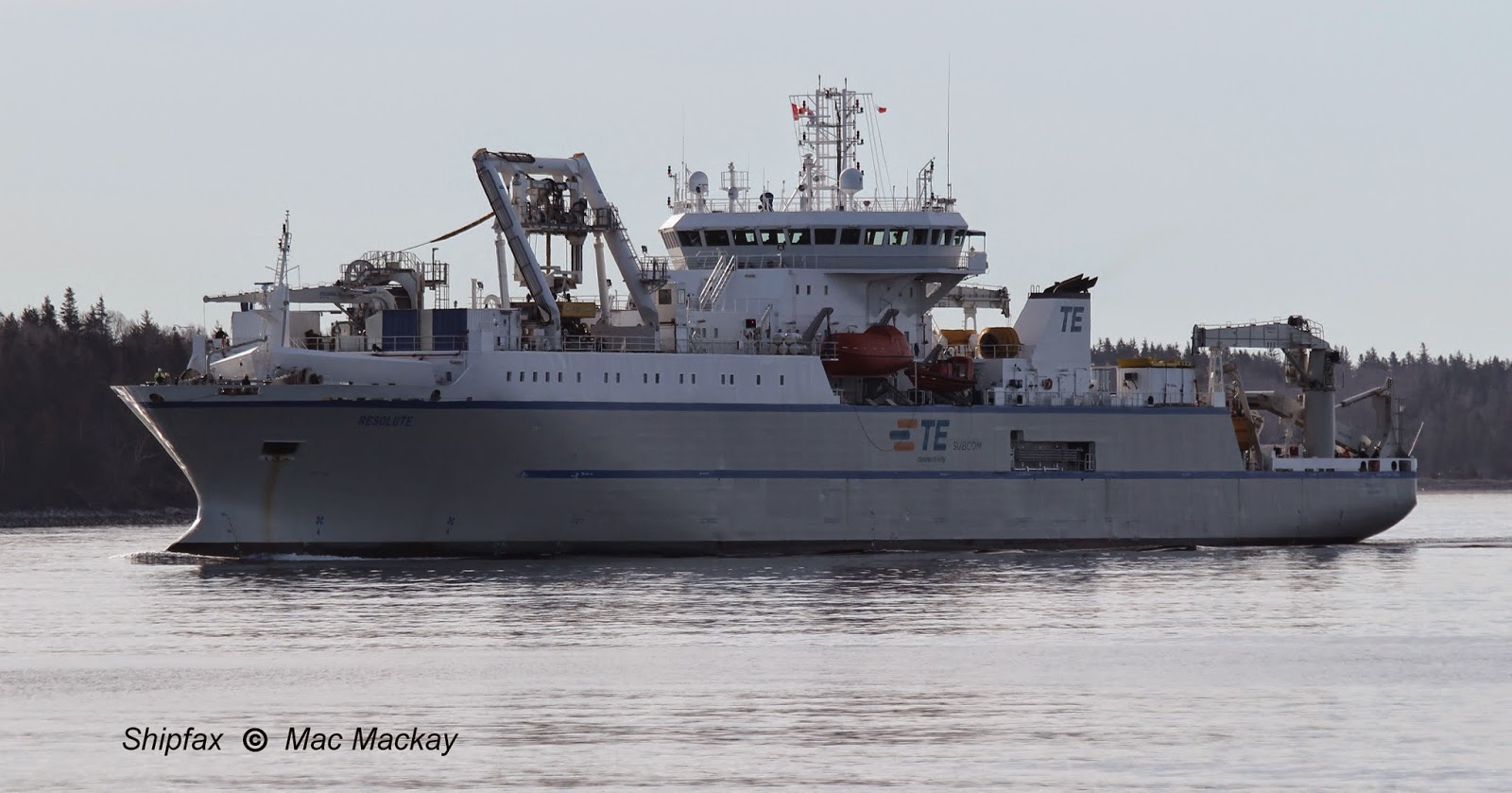 A huge gantry on the port side carries an ROV. The control umbilical runs to a spool. The gantry aft is used to carry various seaplows.

On the arrivals side, the cable ship Resolute arrived this morning and tied up at pier 25. It is a sister ship to Resolve and Discovery that are working on the Hibernia fibre optic transatlantic cable project. Also built by Keppel Hitachi in Singapore in 2002 it was originally called Tyco Resolute until 2010 when Tyco was reorganized. At 12,184 grt, it bears little resemblance to the early cable ships that were once based in Halifax.
However it does take advantage of a technology created by a captain of one of those ships. 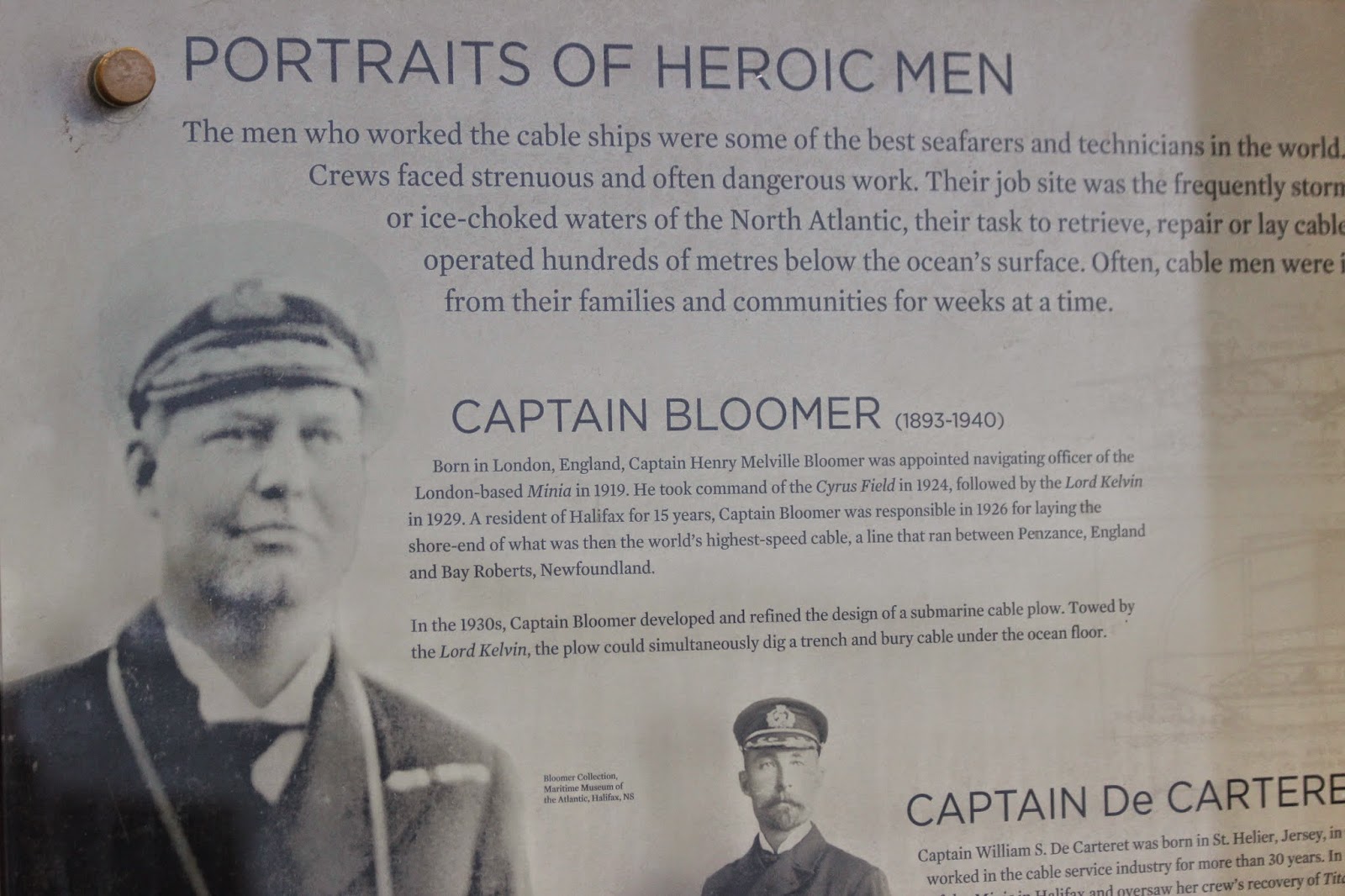 One of several informative display panels at the cable wharf describes the work of Capt. Henry Melville Bloomer, inventor of the cable plow that dug a trench, laid the cable and buried it again in one operation. He was a resident of Halifax for fifteen years and was master of the Lord Kelvin. 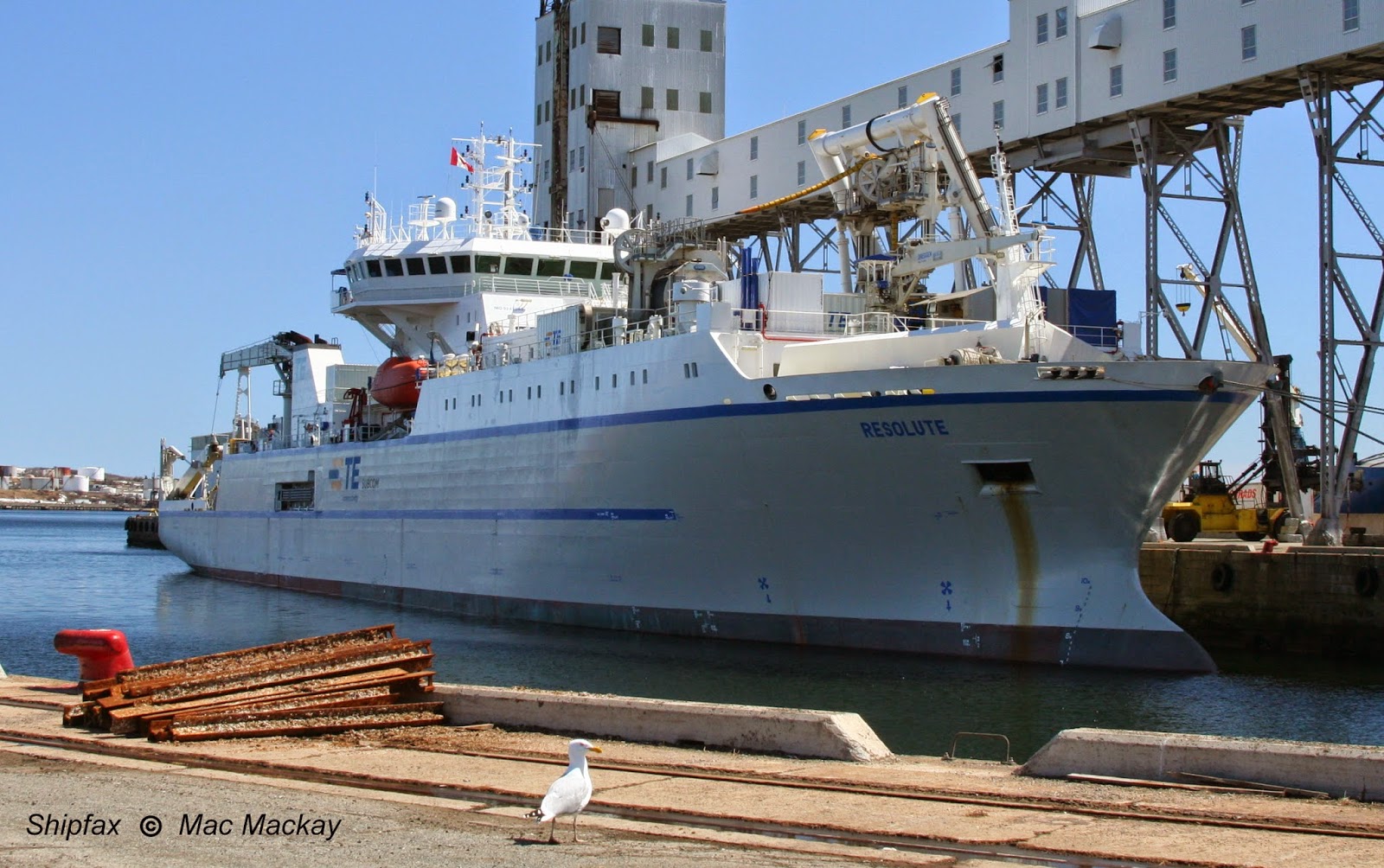 At pier 25 the ship shows off its large size to a spectator.

TE Subcom has some excellent illustrations of the ship's inner workings on their site. Go to "Reliance class features" at: http://www.subcom.com/process/install-and-test/fleet.aspx


An unusual looking product tanker arrived and anchored in the Basin:

Unlike the typical Korean built product tankers we usually see, Hector N. was built by Guangzhou International in Guangzhou, China. It was launched in 2008 as Meriom Gem, but was delivered as King Edgar for German owners. It moved to Panama flag for Navios Tankers of Greece in 2013. It is also smaller than most product tankers, at 24,112 grt, 38,402 dwt. 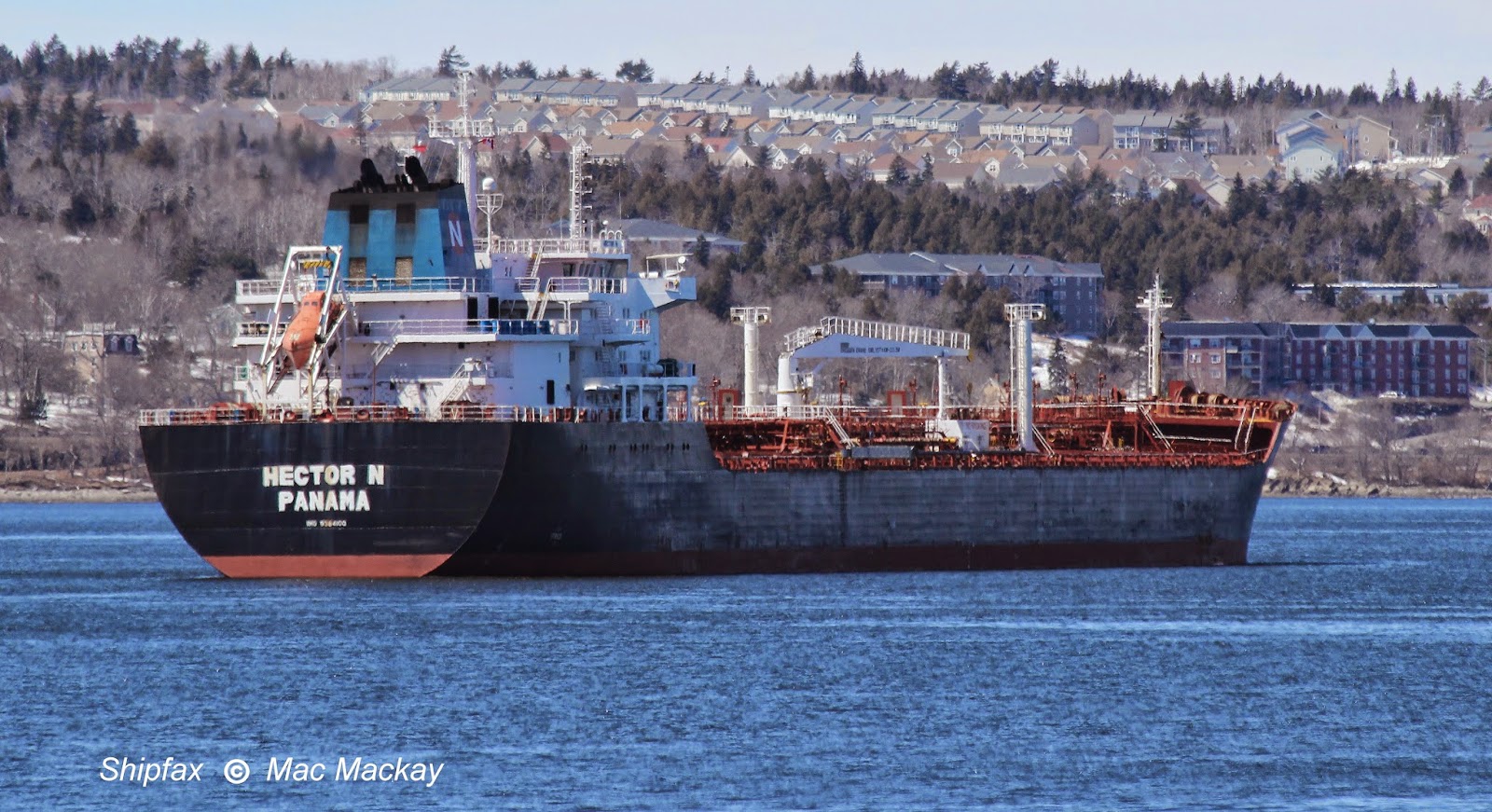 Its rather squat appearance distinguishes it from Korean built ships.

Things are slowly returning to normal at Autoport as cars are thawing out rapidly with warmer temperatures. The parade of auto carriers continues, with today's arrival of Artemis Leader, the second NYK ship in as this week. Even with the improvement in conditions, it will also take two days to complete cargo operations.

With the McAsphalt dock in the foreground, Artemis Leader unloads at Autoport.

San Fernando Rey arrived for Nirint Lines on the regular service from Cuba with nickel sulfides and general cargo. 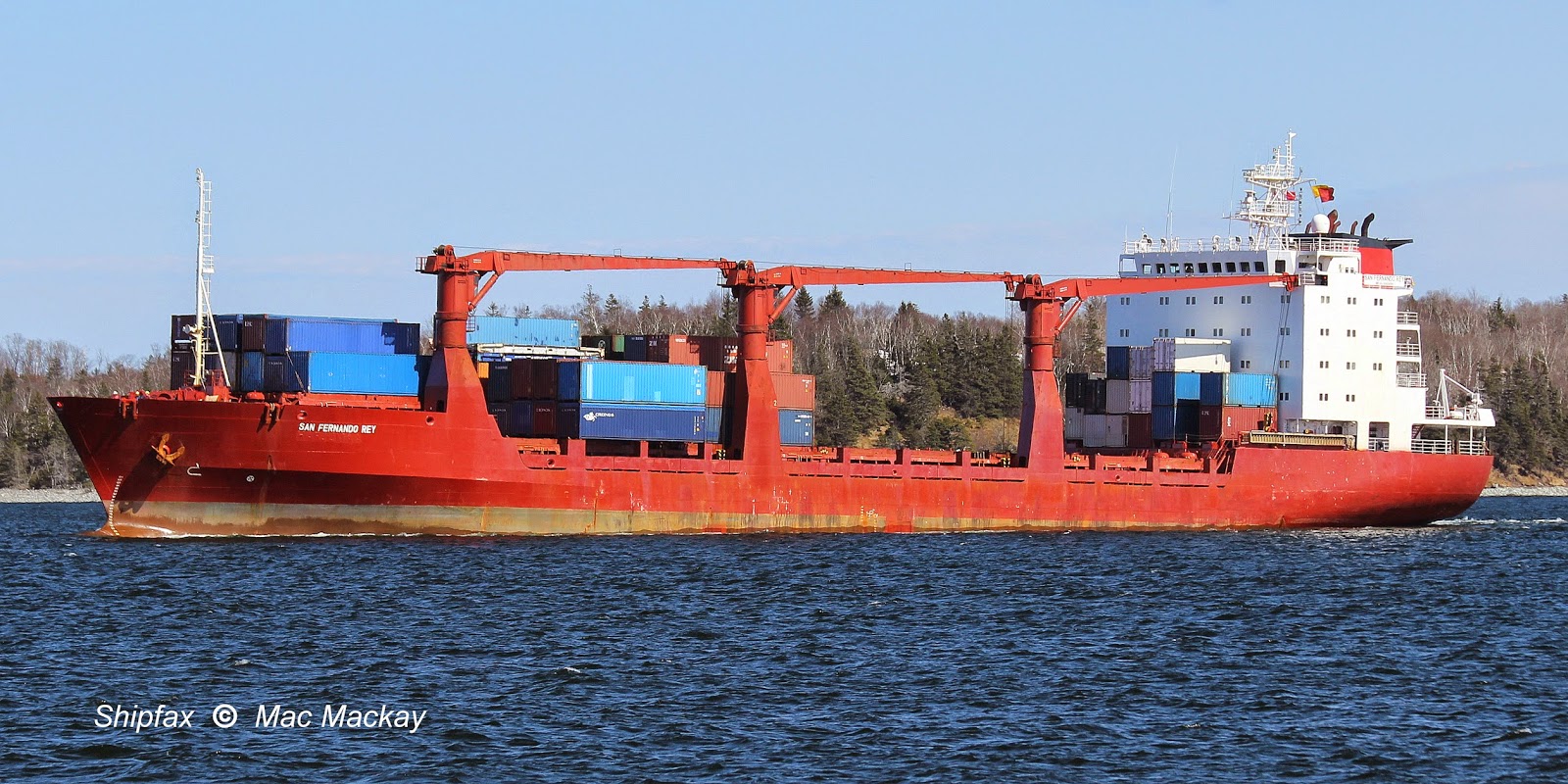 This is the ship's second call. It was here first February 18. I gave the ship's interesting back story at that time, see: http://shipfax.blogspot.ca/2015/02/san-fernanado-rey-for-nirint.html

Container ships Dallas Express at Fairview Cove and Dolphin II (for ZIM) and Zim Qingdao are all regular callers. 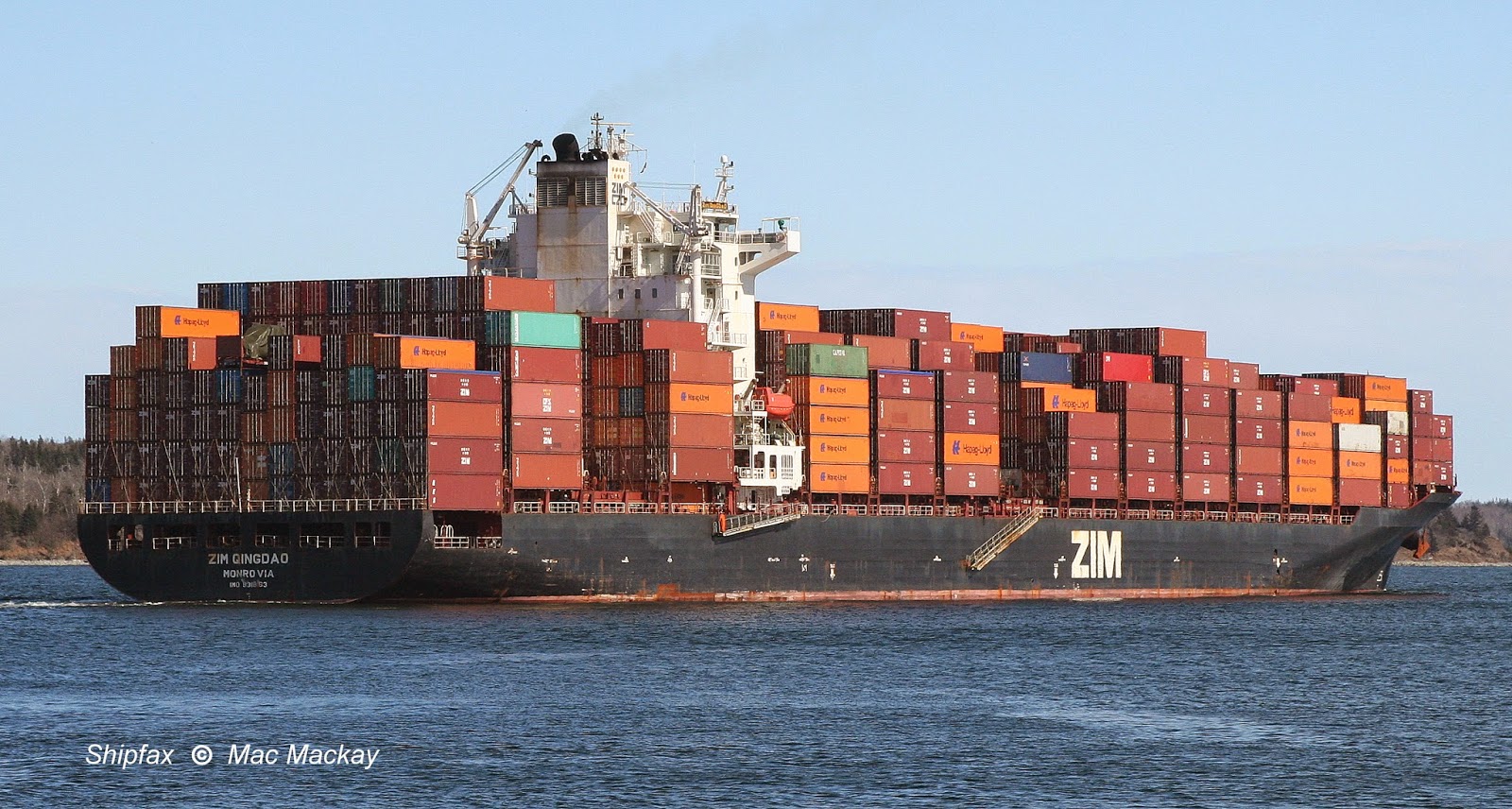 The Liberian flagged Zim Qingdao has been calling since it first visit June 29, 2007. It was built by Dalian Shipbuilding Industry Co, in Dalian, China and has a capacity of 4250 TEU. On charter to Zim by Rickmers Reederei of Hamburg, it measures 41,482 grt, 50,689 dwt. It sailed for New York this afternoon from pier 42.