More rails, this time it's Freya

CN's insatiable need for rails means steady business for Halifax. A parade of ships manages to keep up with the demand, by bringing in and stockpiling cargo at pier 27. Today's arrival is typical of the type of ship that is used for this cumbersome commodity. 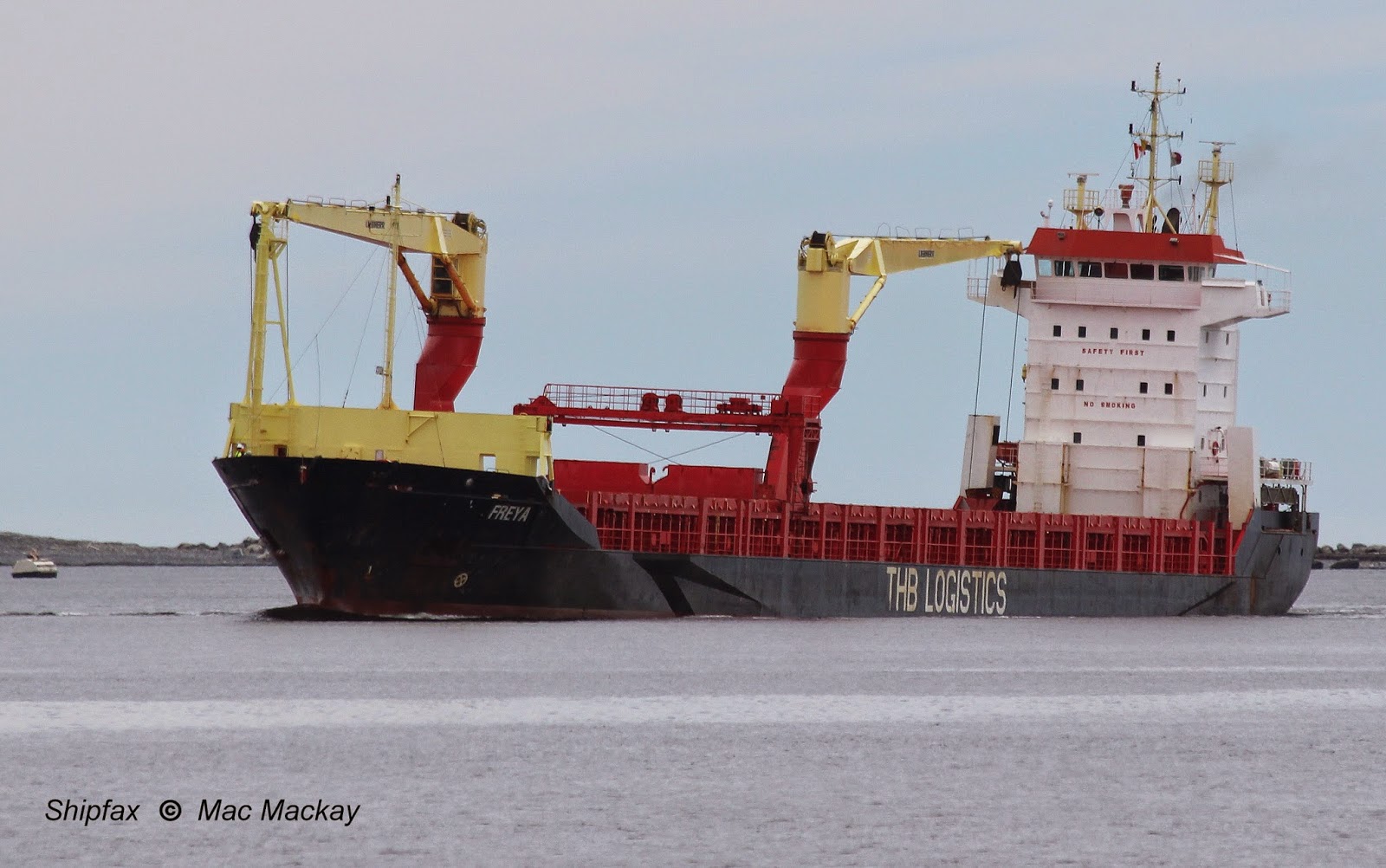 
Freya measures 7406 grt, 10,500 dwt and can carry a variety of bulk and breakbulk cargoes in its box shaped holds. With two 60 tonne cranes, it can unload most of what it would be expected to carry. Built to a Damen design by the Nikolyev Shipyard Okean in the Ukraine as Rebecca in 2001, it was acquired last year by Intersee of Haren (Ems), Germany and renamed. The ship flies the flag of Antigua and Barbuda, a common flag of convenience for German owned ships. 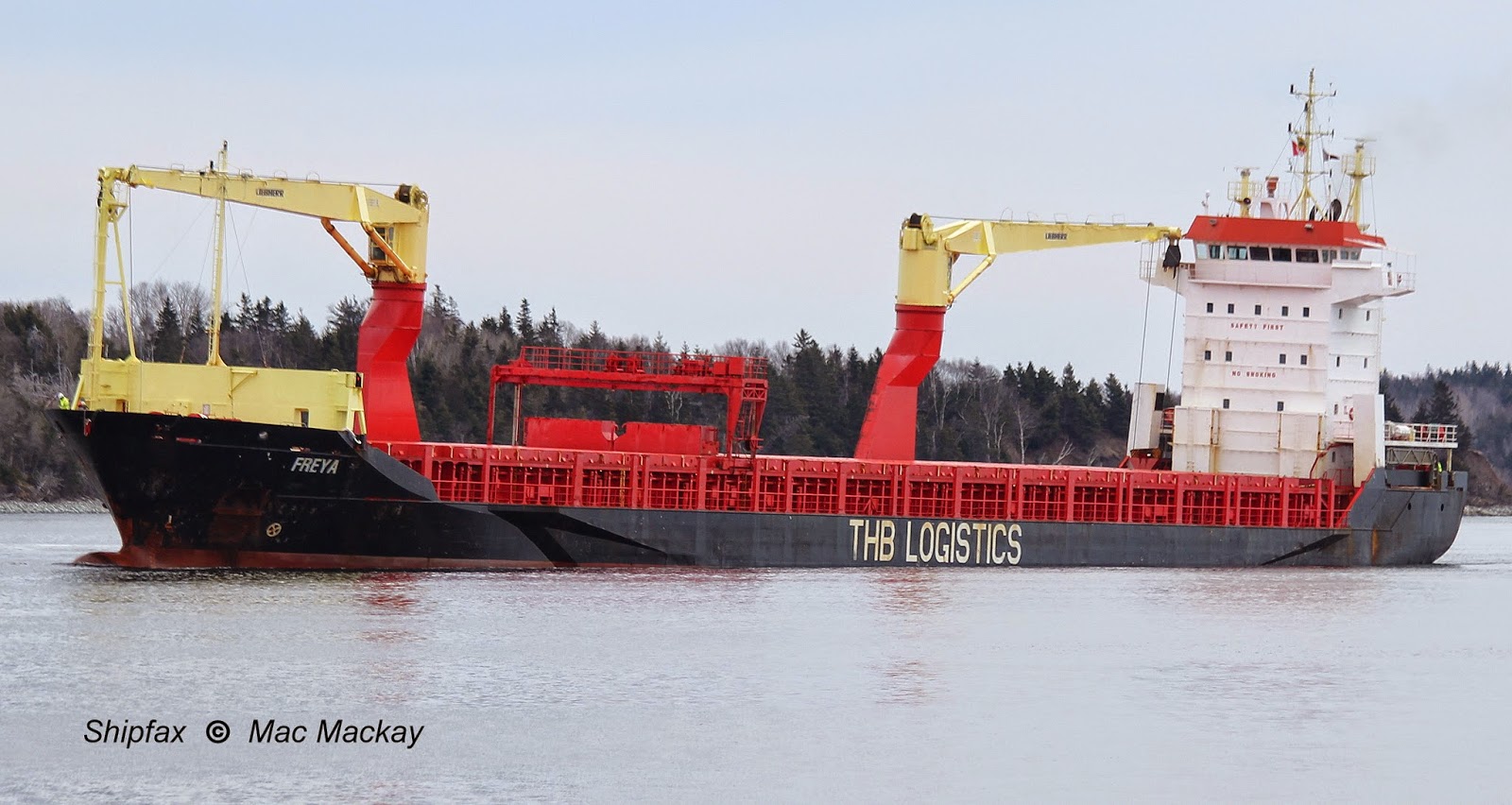 The ship has a travelling gantry that lifts off the hatch covers for stacking. The red structure beneath the gantry is for hold ventilation.
The ship has its cranes mounted on the starboard side (most ships seem to have them mounted port side) so the ship backed in to pier 27, to allow the cranes to offload most efficiently. It also arrived with a noticeable list, indicating that some of the cargo may have shifted en route from Poland..

The tug Atlantic Larch takes a line off the ship's bow to assist it in turning. It will then act a a brake when the ship backs in to pier 27.