The previous post featured Imperial Quebec, which was considered quite up to date for 1957, but the next new ship for Imperial was truly modern and set the pattern for two subsequent ships.Imperial Acadia's design (as was Imperial Quebec's) came from Imperial's in-house naval architect and resulted from considerable operational feed back from the earlier ship.

It was also designed to work in ice, and had a heavy cast steel stem, extra stiffening and  a wide ice belt of thicker steel. It also had the heavy fendering needed for working through the locks. Built at Port Weller Drydock the ship was named November 17, 1965 by Norah Robarts, wife of the Premier of Ontario John Robarts (himself a World War II naval officer), and entered service in the spring of 1966. The ship measured 7068 grt, 10,310 dwt and had a capacity of 80,000 bbls.


Imperial Acadia  was based in Halifax, with some trips back to the Lakes, but generally worked in eastern Canada, with several northern forays, including one memorable trip to Resolute in 1970. 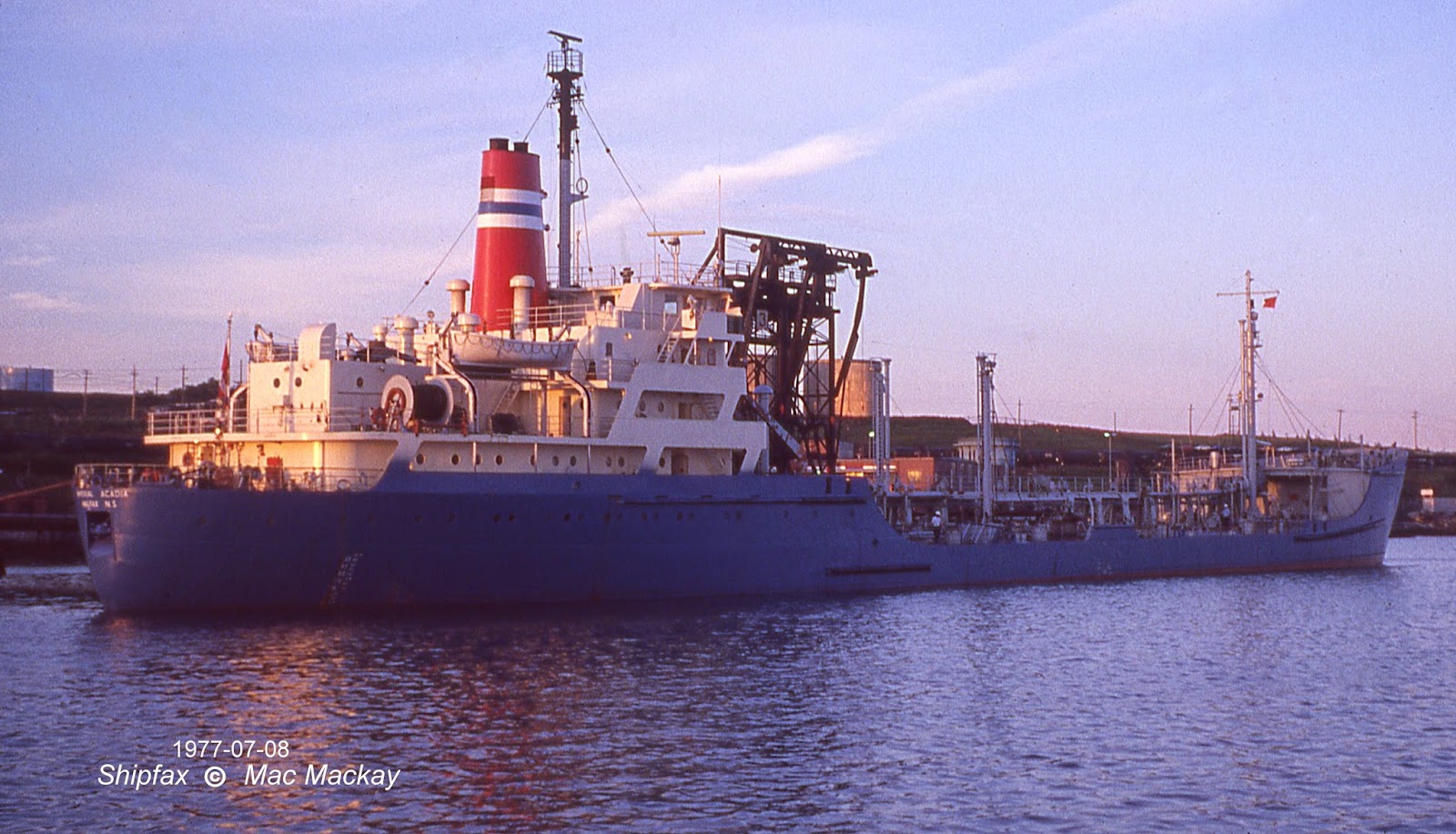 Imperial Acadia at the Imperoyal dock in Dartmouth.

It experienced the usual scrapes and bangs, including a grounding at Port aux Basques, June 25, 1982 resulting a major diesel oil spill. The ship was repaired in Halifax.

After a "dry tow" from Marystown, the ship is ready to to be offloaded. The white marks on the hull below the bridge are part of the damage to the hull.

The most notable incident occurred in St-Pierre et Miquelon on January 30, 1990. Trapped in St-Pierre harbour by a fierce storm it ranged up and down against the pier causing severe hull damage. In view of the ship's age, it was thought that it would not be worth repairing. However after a survey in Marystown, NL, the ship was transported to Halifax aboard the semi-submersible heavy lift ship Mighty Servant 1 in March 1990 for rebuilding. While at Halifax Shipyard, a bilge fire May 23 caused even more damage, but the ship was back in service in June. 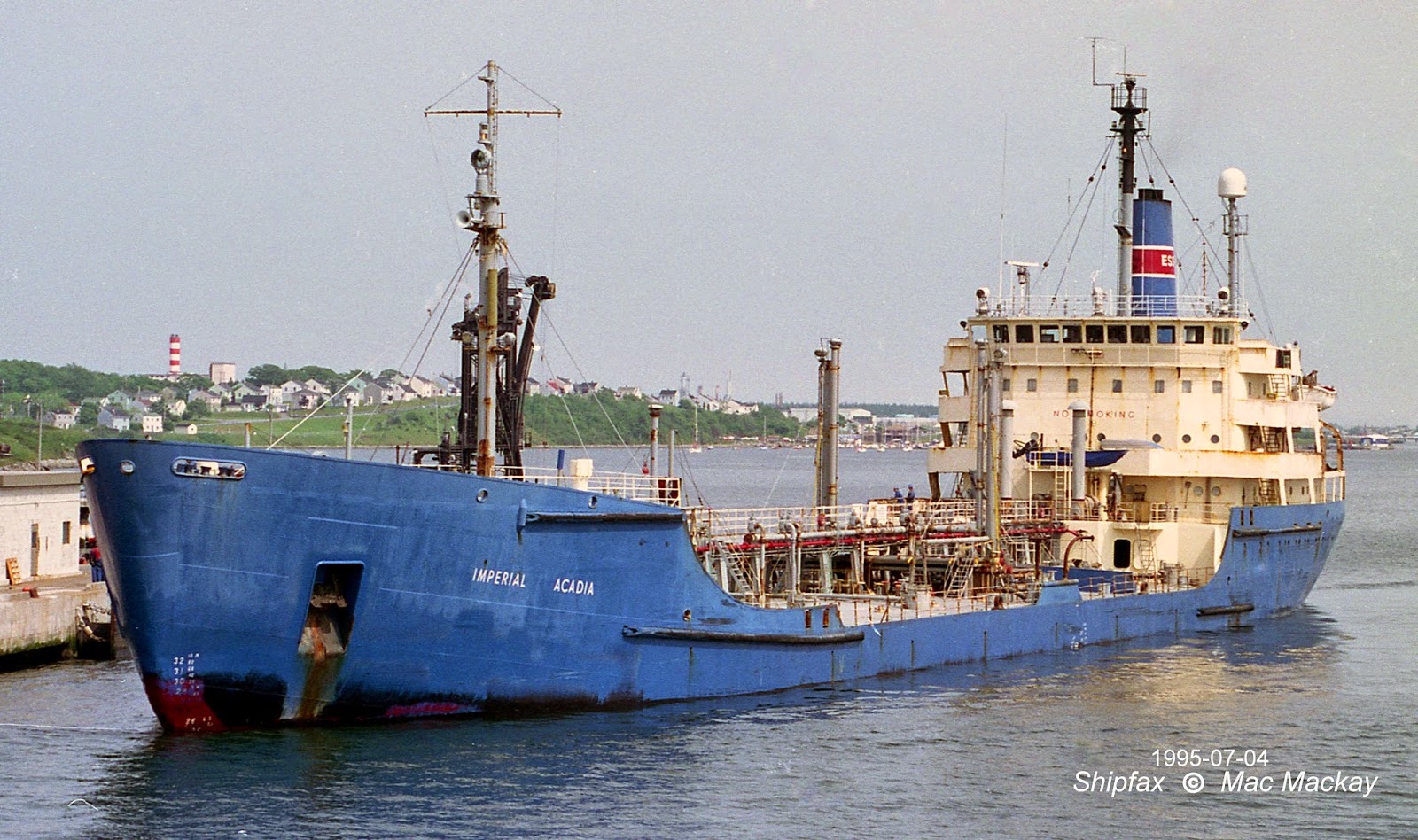 Approaching the oil dock in Dartmouth, the rubber fendering is quite prominent. 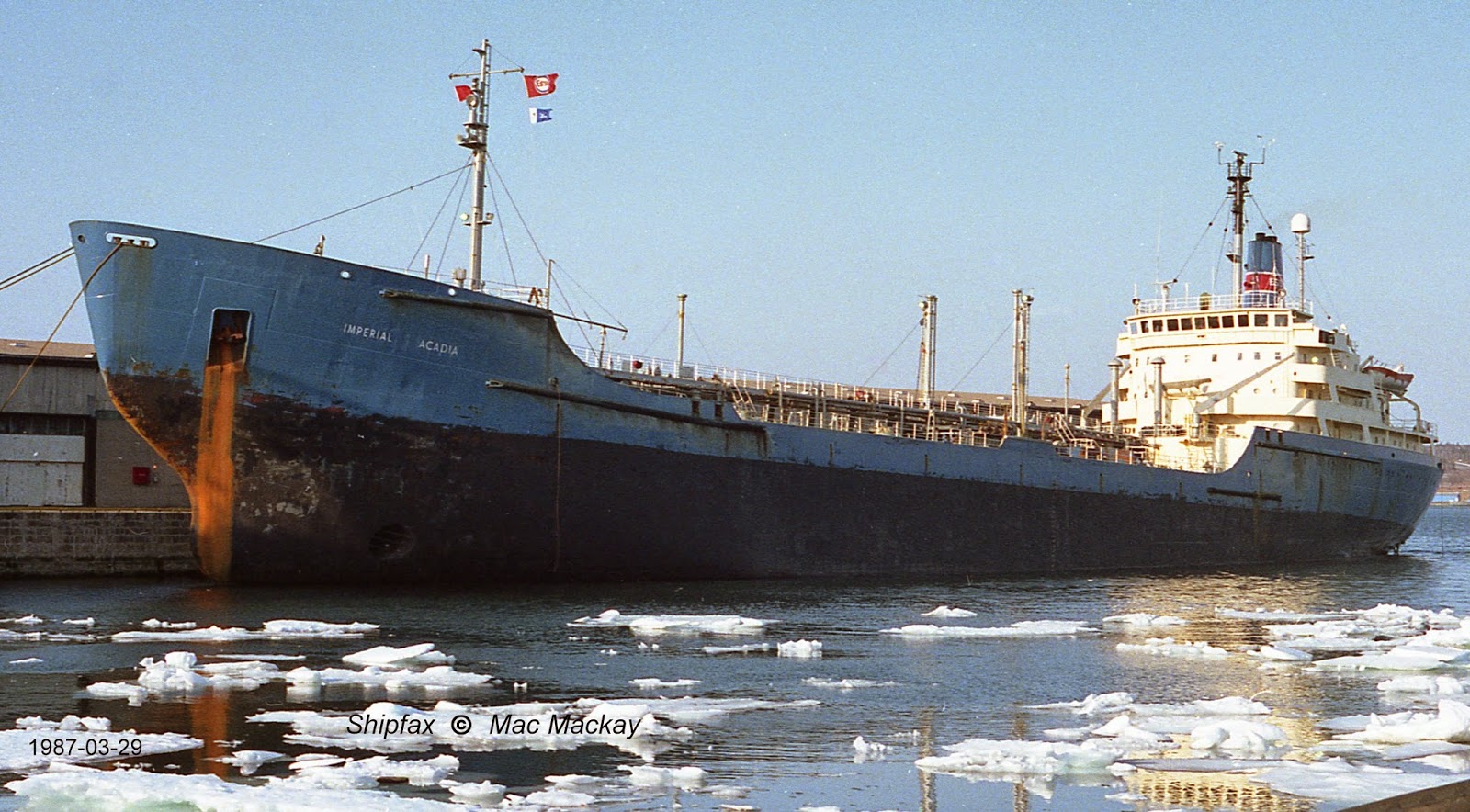 Imperial Acadia often tied up on the Halifax side of the harbour for maintenance and hot work.

After a brief layup in Halifax, Imperial Acadia became Algoscotia and was renamed in January 1998 after drydocking and repainting in Algoma colours. The ship continued to trade as before, on long term contract to Imperial Oil. As Algoma began a rebuilding program, the older ships were sold off.

Algoscotia's career with Algoma was brief, as newer ships were ordered.

On April 3, 2001 new owners McKeil Marine gave Algoscotia the name Ralph Tucker in Halifax, although this was changed to Capt. Ralph Tucker during the ship's first trip. 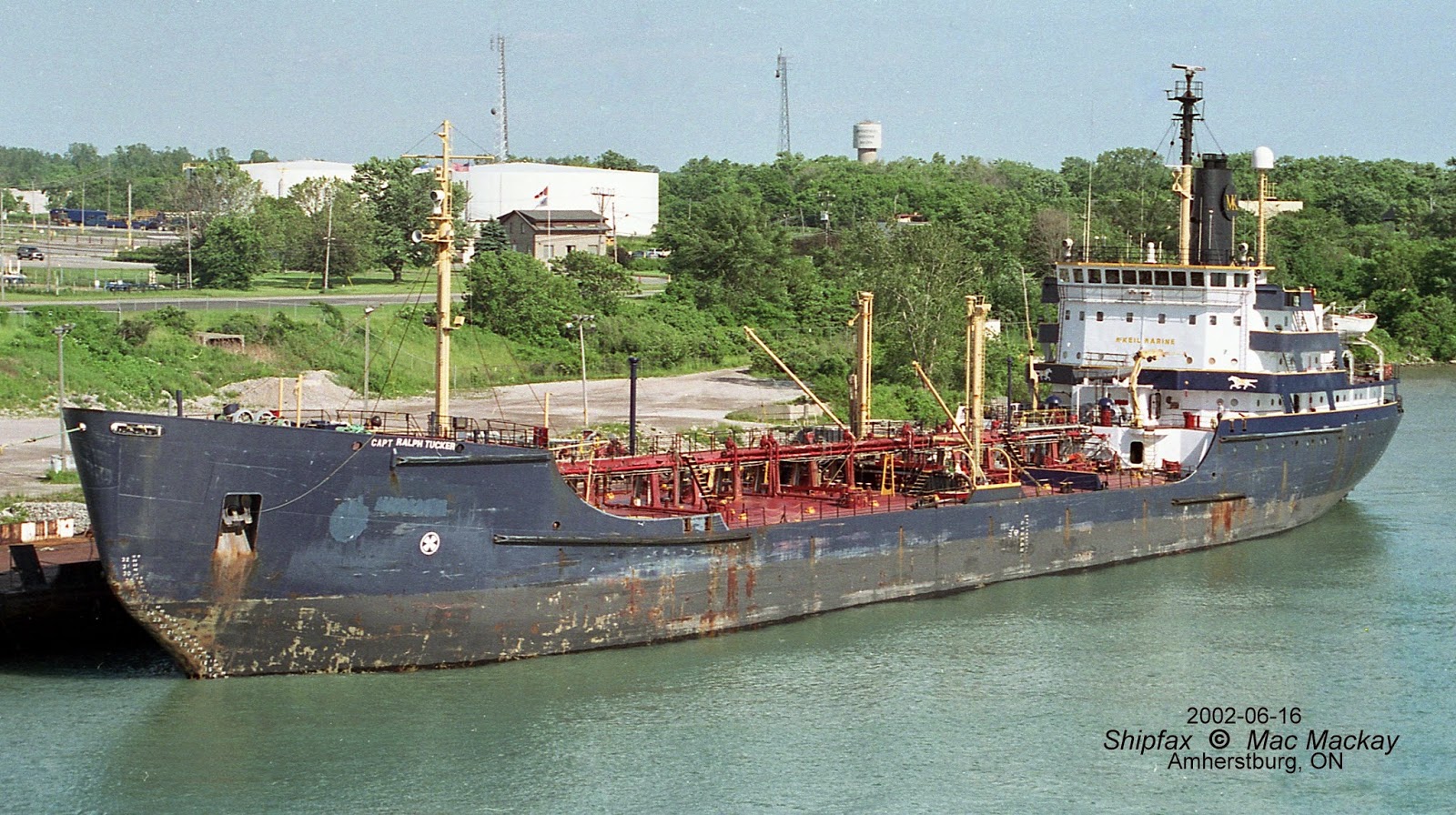 Capt. Ralph Tucker, before its hull was repainted, tied up in Amherstburg, ON its new home port.

No longer licensed to carry petroleum, the ship was instead in dedicated service carrying calcium chloride (brine) used in the petroleum and chemical industries. It visited Halifax in that trade, but operated mostly between Manistee, MI and Amherstburg, ON for the Allied Chemical Co, working year round.

It had a few groundings while on the Lakes, one in 2002 necessitated major repairs, which again extended the ship's life by returning it to ice class 1A.

Tugs and barges took over the brine work in 2003 and the ship was sold for scrap in 2004. It sailed from Montreal September 12, 2004 as Ralph Tucker under the St.Vincent and Grenadines flag and upon arrival in Chittagong, Bangladesh and was broken up.