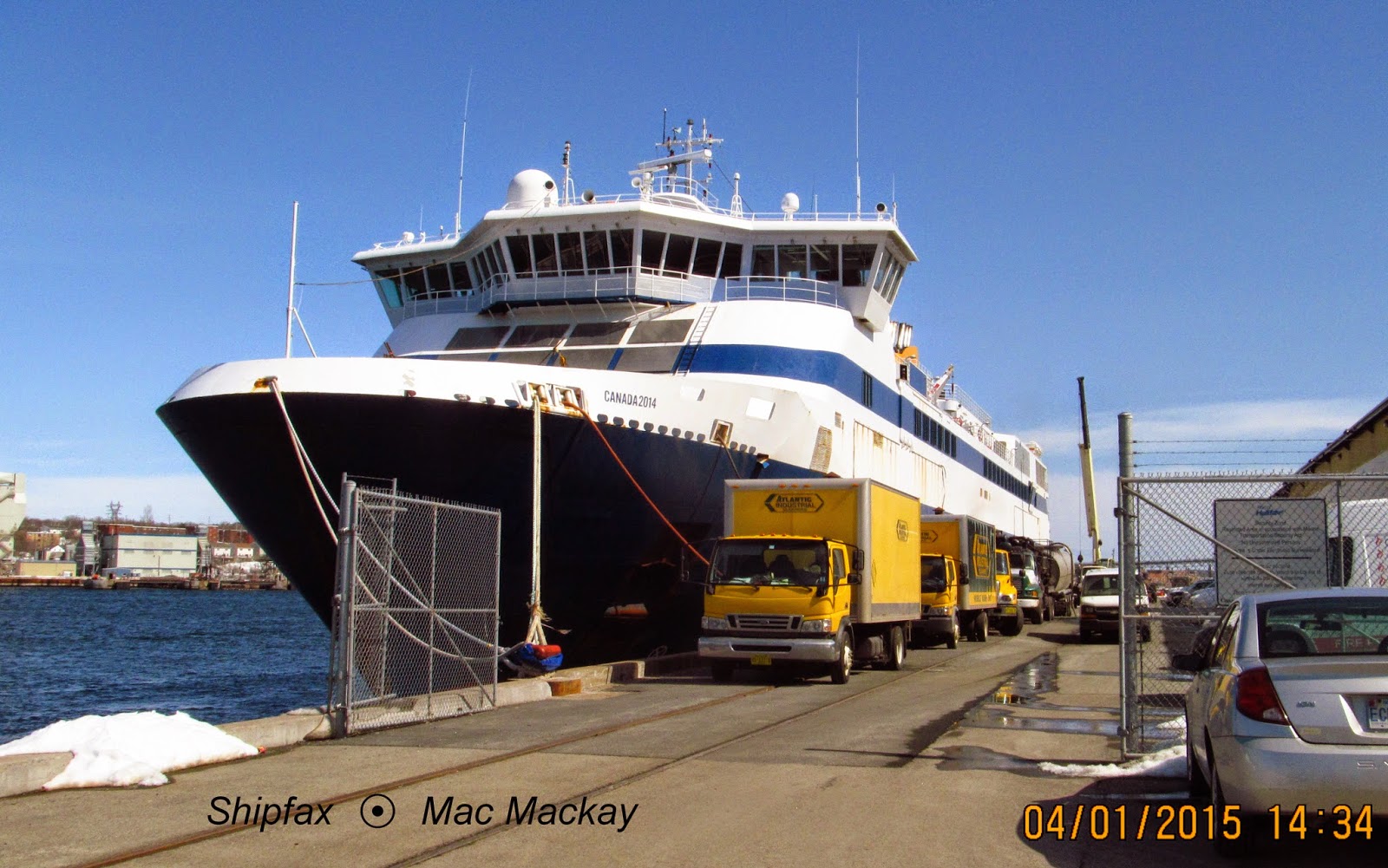 If it's true, this story could result in some political fall out.

The gist of the story is that Canada 2014 ex Blue Star Ithaki has been found to be unsuitable for the Digby-Saint John ferry service due to its size, and will be returning to Greece.

After spending the winter in Halifax supposedly refitting for the service and compliance with Canadian regs, the ship has been a hot bed of activity in recent weeks, with workers all over the ship.
Last week a deafening array of pumper trucks was at work bilge and tank cleaning. Would this be going on if the ship is only going to return to Greece?

Also the storm shields were finally removed from the forward lounge windows, giving no hint that an ocean crossing was imminent. 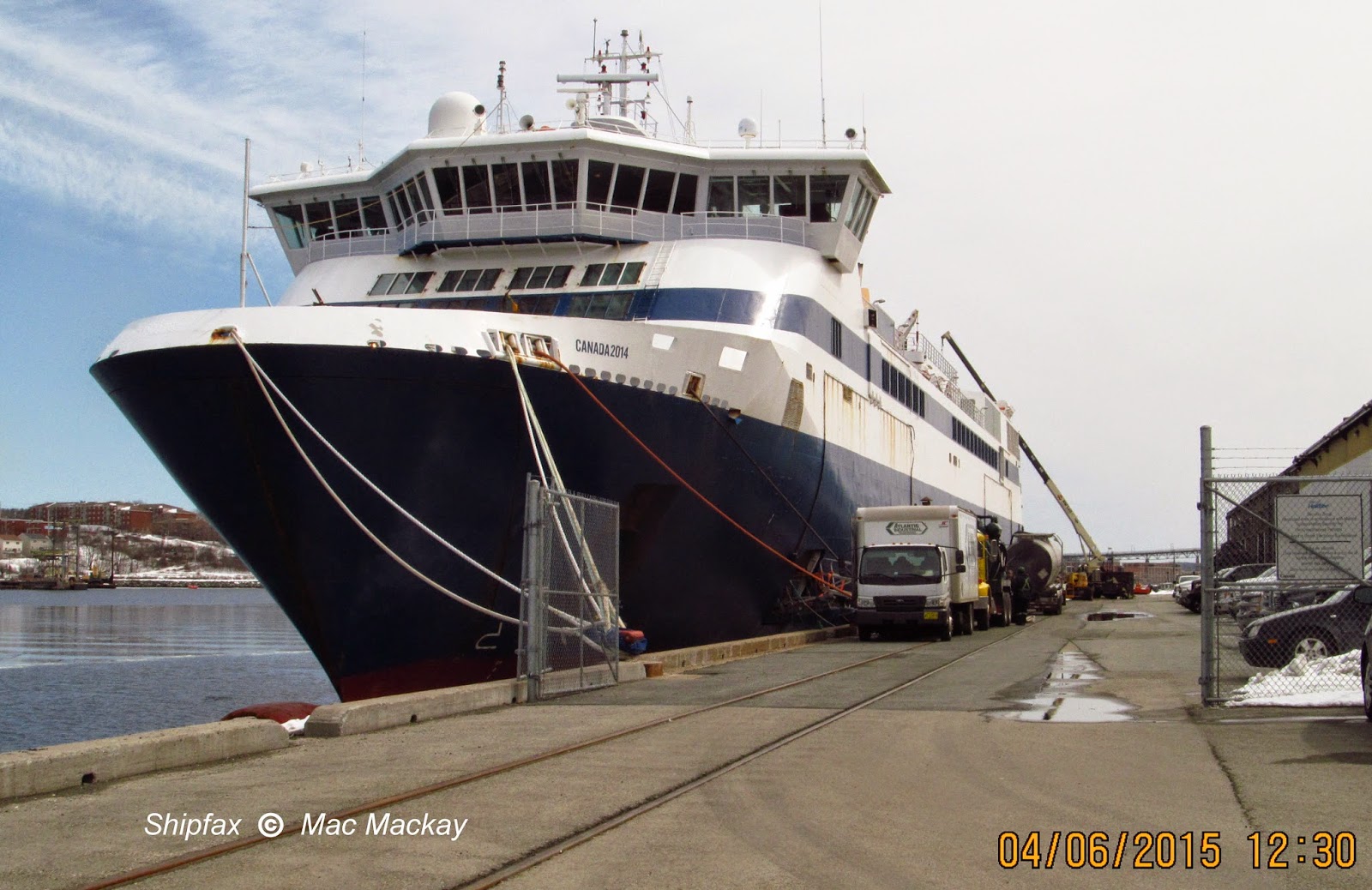 However I observed in an earlier post, that the bow ramp certainly didn't appear big enough for semi-trailers, so maybe it is true, but there was still a lot of activity at the ship at noon time today