The cruise ship Regal Princess will not be opening the cruise season in Halifax April 19 as planned. This was to be the ship's inaugural call in the port, but it has been cancelled due to en route weather. Built in 2014 by Fincantieri, Monfacone, Italy the 142,714 grt ship has a capacity of 3,560 passengers and 1,346 crew. Owned by Carnival PLC, it operates under the Princess Cruises Lines brand.

It is the second ship of the name. The first Regal Princess, built by the same shipyard in 1991 was a much smaller ship of 69,845 grt, and called here over a period of several years 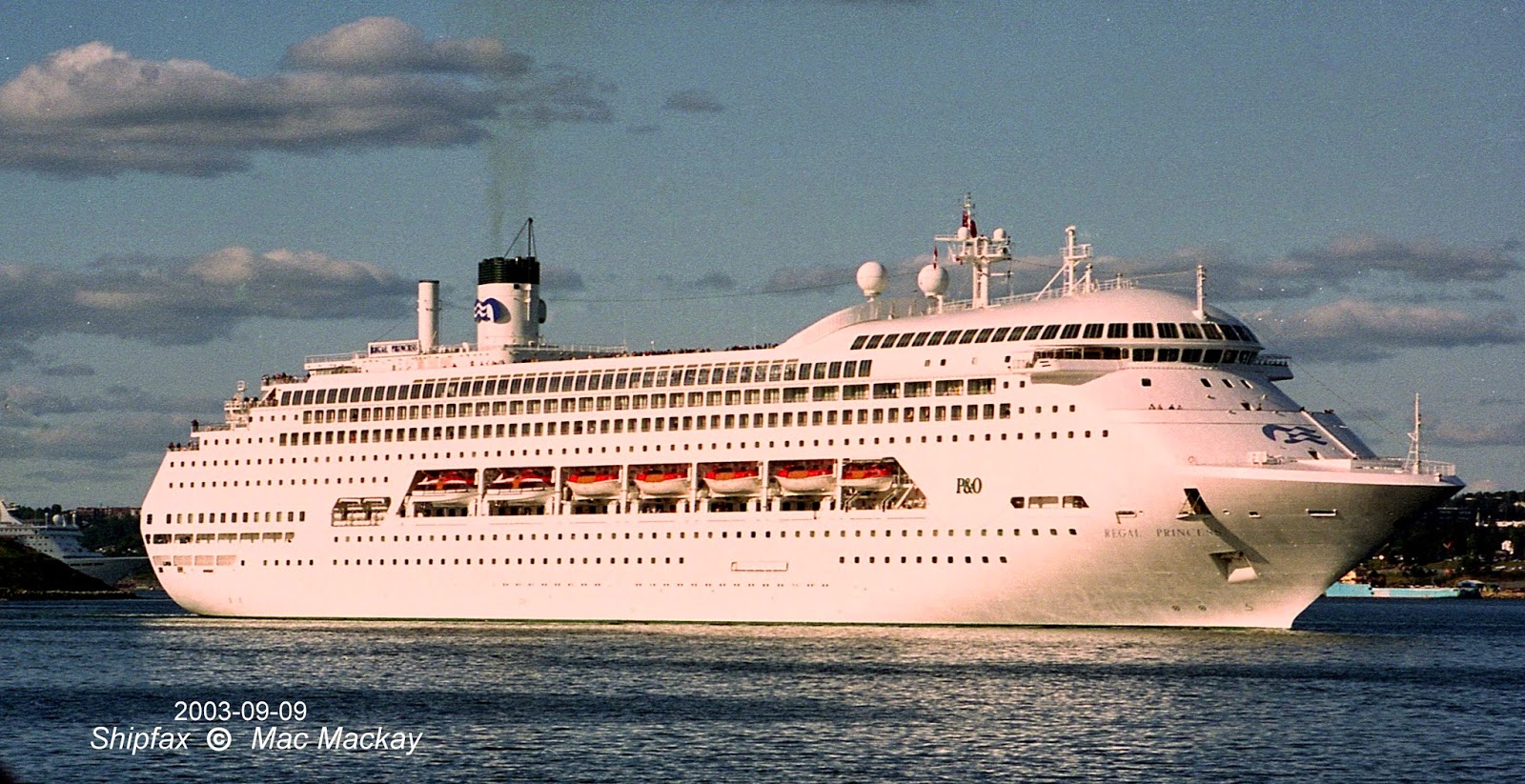 The first Regal Princess sailing from Halifax in September 2003. On the previous cruise, ending in New York Sept 4 up to 217 people came down with Norwalk virus.

The ship was originally ordered by Sitmar, explaining its very un-P+O-like appearance. P+O acquired the ship for its Princess Cruise Line in 1992 and it operated in various parts of the world, including Alaska, and was given major refits in 2000 and another in 2007. The latter was in Singapore, after which the ship was renamed Pacific Dawn and assigned to P+O Cruises Australia, where it has worked ever since, and carries 2,020 passengers.