Grand Benelux - not your usual ACLer


Shipping lines adopt various colour schemes to distinguish their ships from their competitors. Various shades of the primary colours of red, blue and green seem to be as popular as greys and blacks, so subtle shadings are needed to further differentiate ships. Few lines chose yellow however, so Grimaldi Lines ships are distinguishable anywhere, even if the colours must be very difficult to maintain.

Today's Autoport visitor Grand Benelux scores on both counts of instant recognition, but does point out the need for diligent maintenance. That would certainly be easier in the company's home turf of Italy, but today was no day for touchups in Halifax. The ship sailed during a break in what some were calling "fat rain"- a form of of precipitation halfway between rain and snow.

One interesting aspect of the ship is that it actually owned by Atlantic Container Line and chartered to the parent company Grimaldi Group. ACL owns the five ConRos we see in Halifax ion a regular basis, but also has seven more ConRos and PCTCs (pure car and truck carriers) which it charters out for use by Grimaldi Group companies.  ACL ships are painted in the more serviceable dark blue, but even it becomes battle scarred after a winter in the North Atlantic. 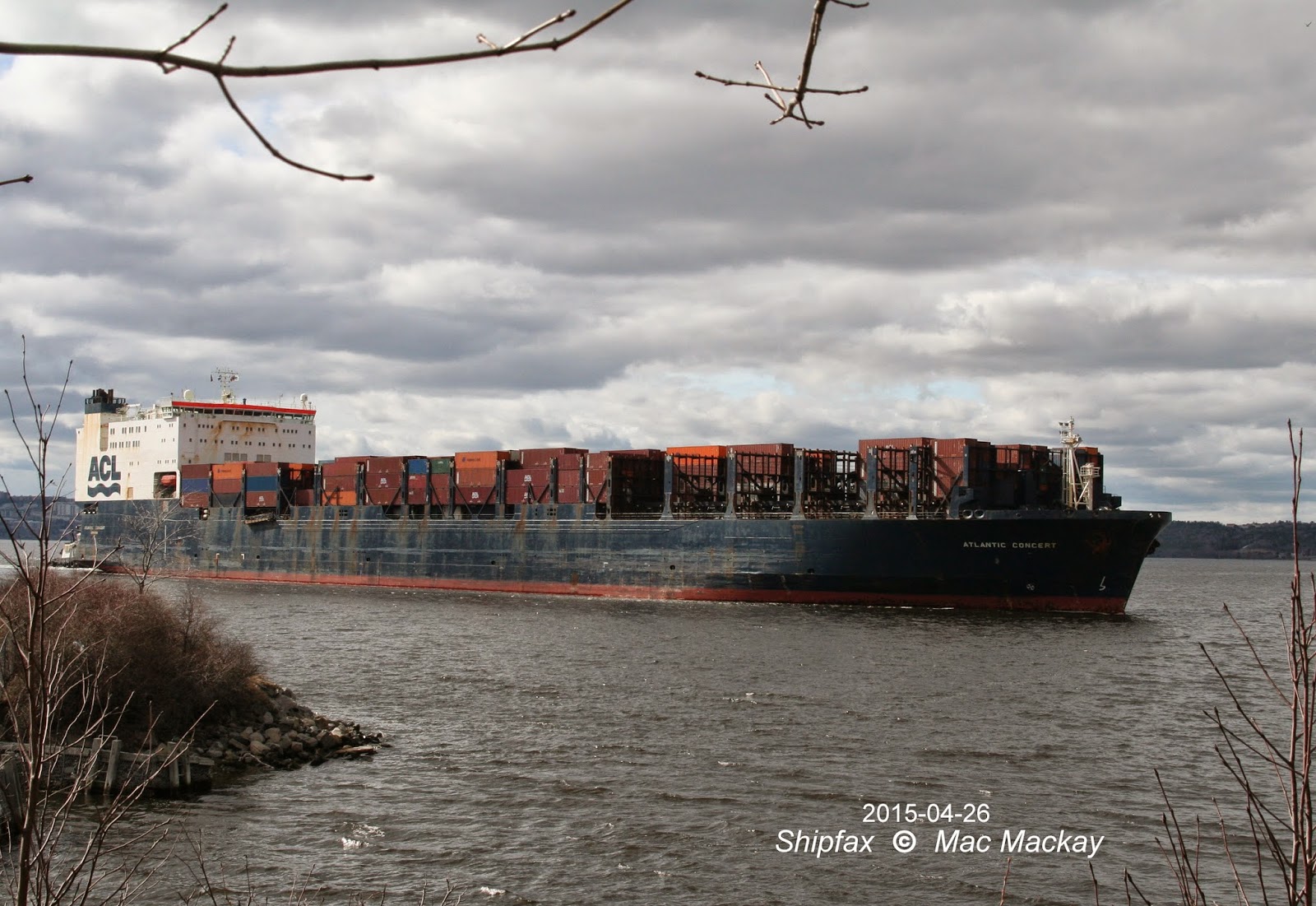 A wide angle view of Atlantic Concert leaving Bedford Basin on Sunday, showing the wear and tear from winter work.

ACL has an enviable reputation on the North Atlantic. Read this interesting speech by the company's president and ceo: http://splash247.com/atlantic-container-line-carriers-obsessed-with-market-share-instead-of-profitability/