The Glorious History of Shipfax - Part 2

The first actual Shipfax newsletter was issued in February 1986 and gave a summary of activities in the Port of Halifax from the month of January. Here is what it looked like (produced on an Underwood Portable typewriter)(the devices have improved but my skills as a typist have not) 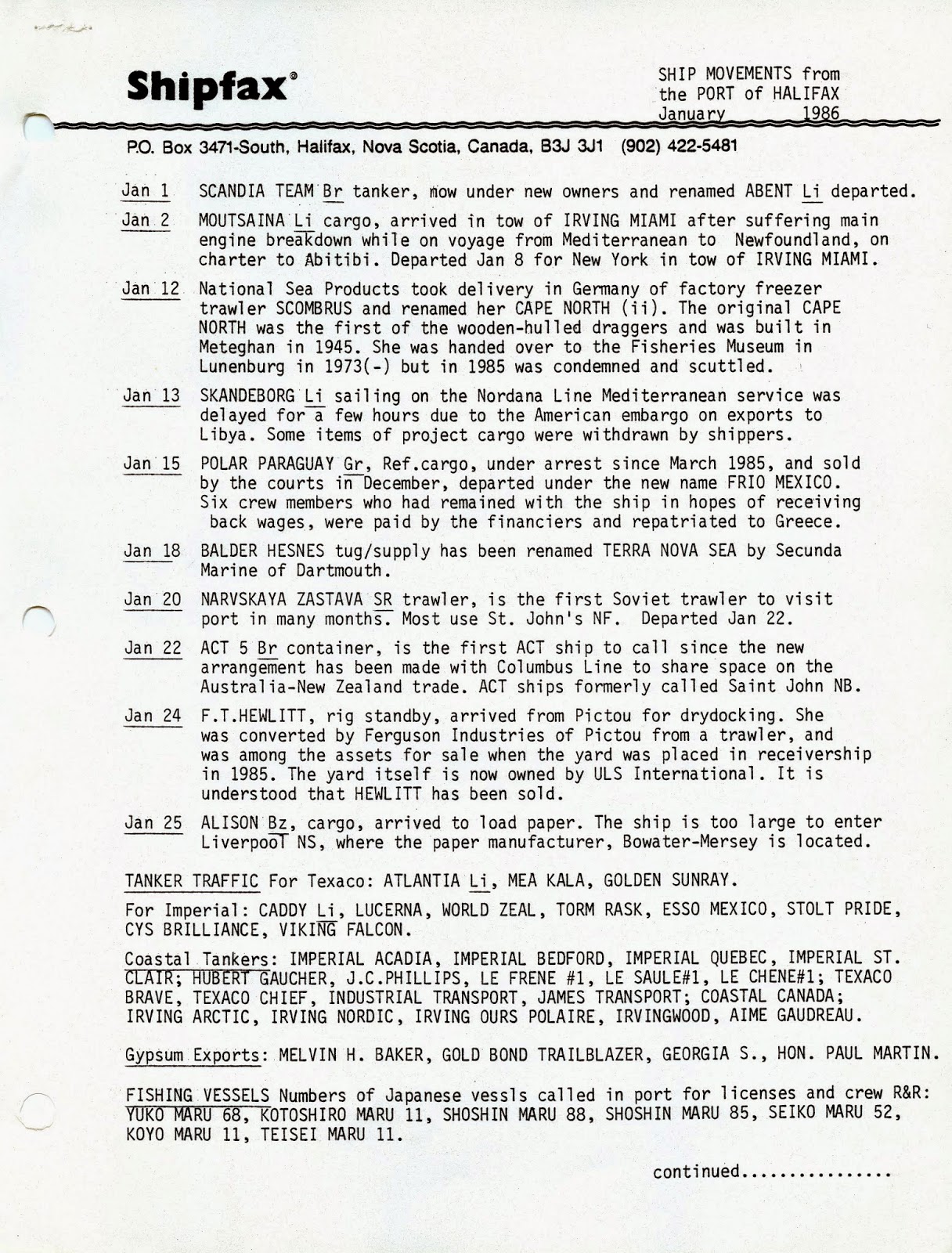 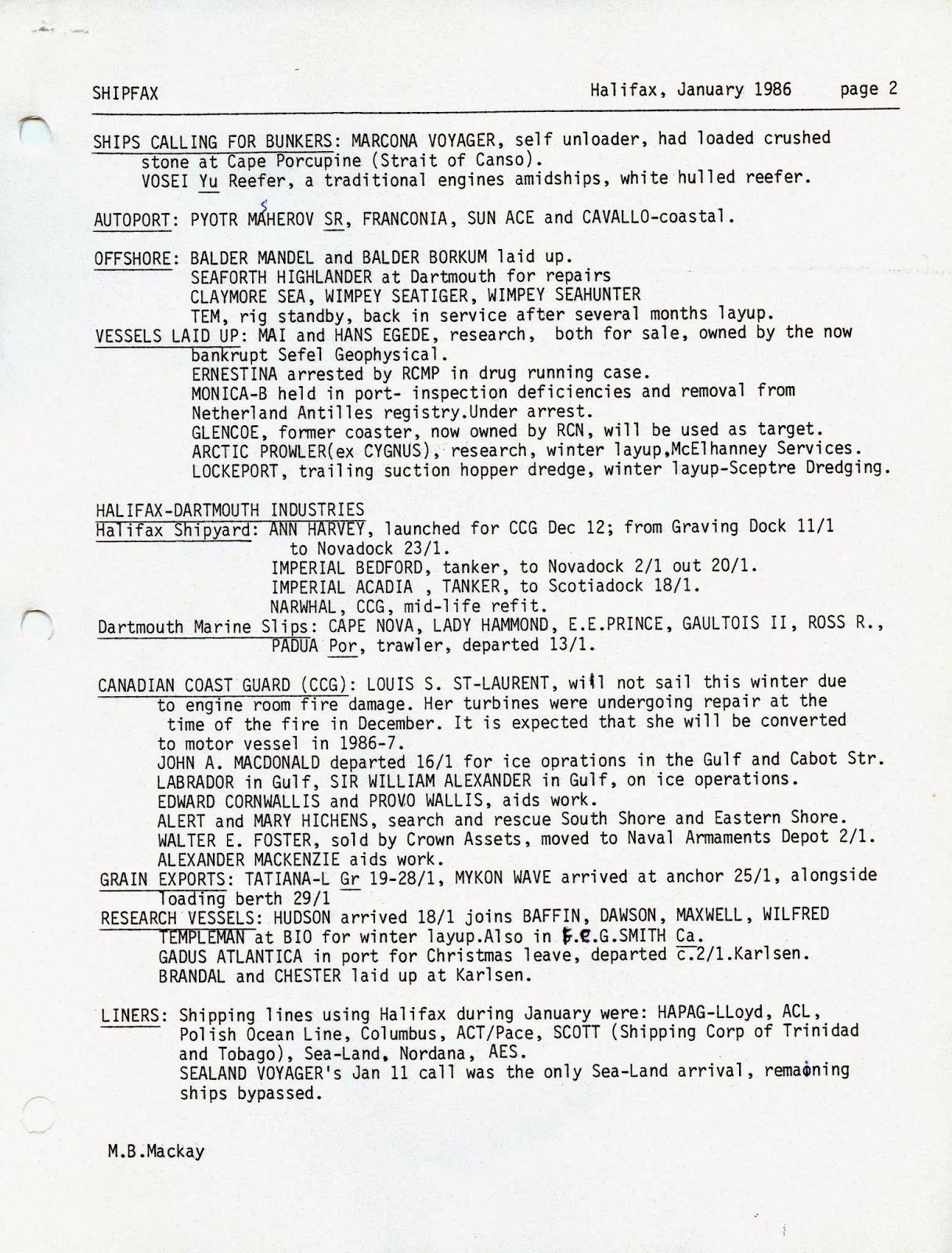 Much about the port of Halifax has changed since the first Shipfax nearly 30 years ago.

Tanker Traffic: Texaco's refinery became Gulf Oil's but refining ceased and it became a storage facility, for Ultramar and now Valero.
Imperial Oil has ceased refining, and crude oil no longer moves through Halifax. It is now a storage and distribution facility..
Coastal Tankers:  Imperial sold its fleet to Algoma, Socanav went out of business, Hall Corp went out of business, Gulf had sold its tankers by 1986, Irving Oil now has only two domestic flag tankers.
Gypsum Exports:  the ships have changed but the trade continues and goes up and down dependent on the US economy.
Fishing Vessels: The Japanese tuna longliners have been restricted by quota (having caught most of the tuna anyway) and no longer call in Halifax.
Ships calling for bunkers: This service is still provided, but no longer by Imperial Oil .Sterling Fuels, uses the tanker Algoma Dartmouth which draws fuel from the Nu-Star storage facilities in Point Tupper, NS.
Autoport: still operational.
Offshore: still some activity in servicing gas facilities, with seasonal seismic exploration, and maybe even some drilling this year.
Halifax Shipyard: no longer doing repairs, but embarking on a huge shipbuilding program.
Dartmouth Marine Slips: closed and property re-developed as residential.
Canadian Coast Guard: still a base, but now at Bedford Institute, and icebreakers are homeported in Newfoundland. Some familiar names persist.
Grain Exports: now rare
Research Vessels: Hydrographic and Fisheries research combined with the Coast Guard under the Minster of Fisheries and Oceans.
Private research vessels, hired out to fisheries, virtually unheard of.
Liners: Container Lines are still fluid, with ACL and HAPAG-Lloyd the only ones from the list still calling in Halifax, but joined by a number of others through mergers or alliances.