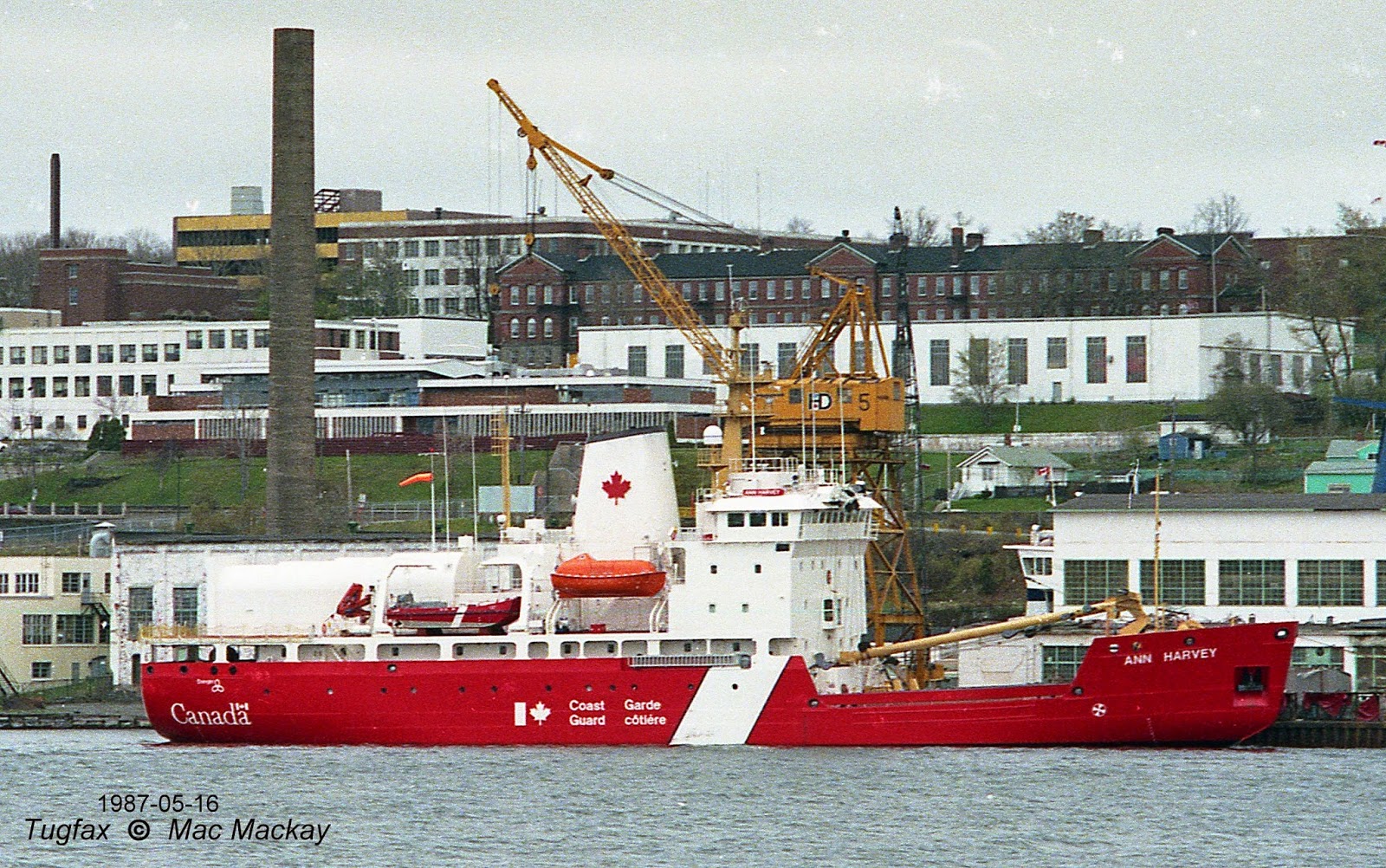 According to news reports CCGS Ann Harvey struck bottom today while doing buoy work 5 n.miles SW of Burgeo, NL. After backing off, it was taking water in the propulsion motor motor room. A call for assistance went out and CCGS W.G. George removed four non-essential personnel (including two cadets) while the crew attempted to staunch the flow of water.

A CCG helicopter has been sent fro St.John's, CCGS Louis S. St-Laurent is heading to the scene with an ETA of midnight and CCGS Teleost is due tomorrow morning.

The motor room has been isolated with watertight doors, but the ship has no ability to move on its own. W.G.George is reported to have towed it further offshore.

There is no indication in news reports that the ship is in danger of sinking. Assuming it remains afloat it will have to be towed to a port to be stabilized enough to reach a repair yard. Ice it to be avoided, so that  port will likely be St.John's- the ship's home port.

Electric motors and water do not mix well, so there will certainly be costly repairs, in addition to hull damage repair costs. The ship will be out of service for many months in any event. The ship is powered by three 16 cylinder Alco/Bomardier MLW diesel engines of 3,500 bhp each, driving three generators of 2100 kW each, and two electric propulsion motors of 3,549 shp each, to two fixed pitch props. 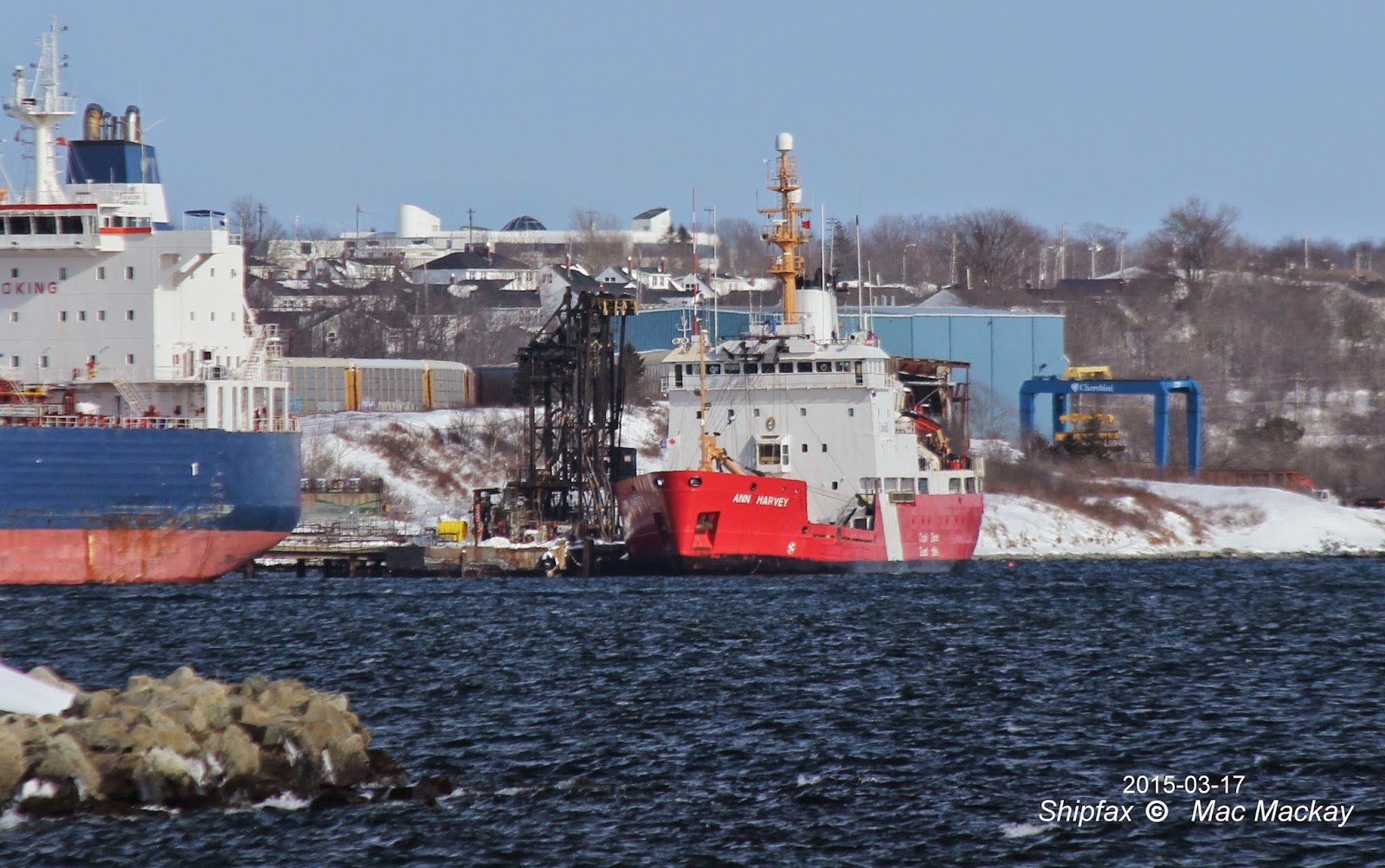 On Ann Harvey's most recent visit to Halifax, it took fuel at Imperial Oil March 17.