In 1969 Imperial Oil took delivery of its second tanker built to the new pattern established by Imperial Acadia, but 40% larger. A product of the Davie Shipyard in Lauzon, QC, Imperial Bedford measured 9500 grt (later 8646 grt) and 13,980 dwt with a capacity of 112,500 bbls. 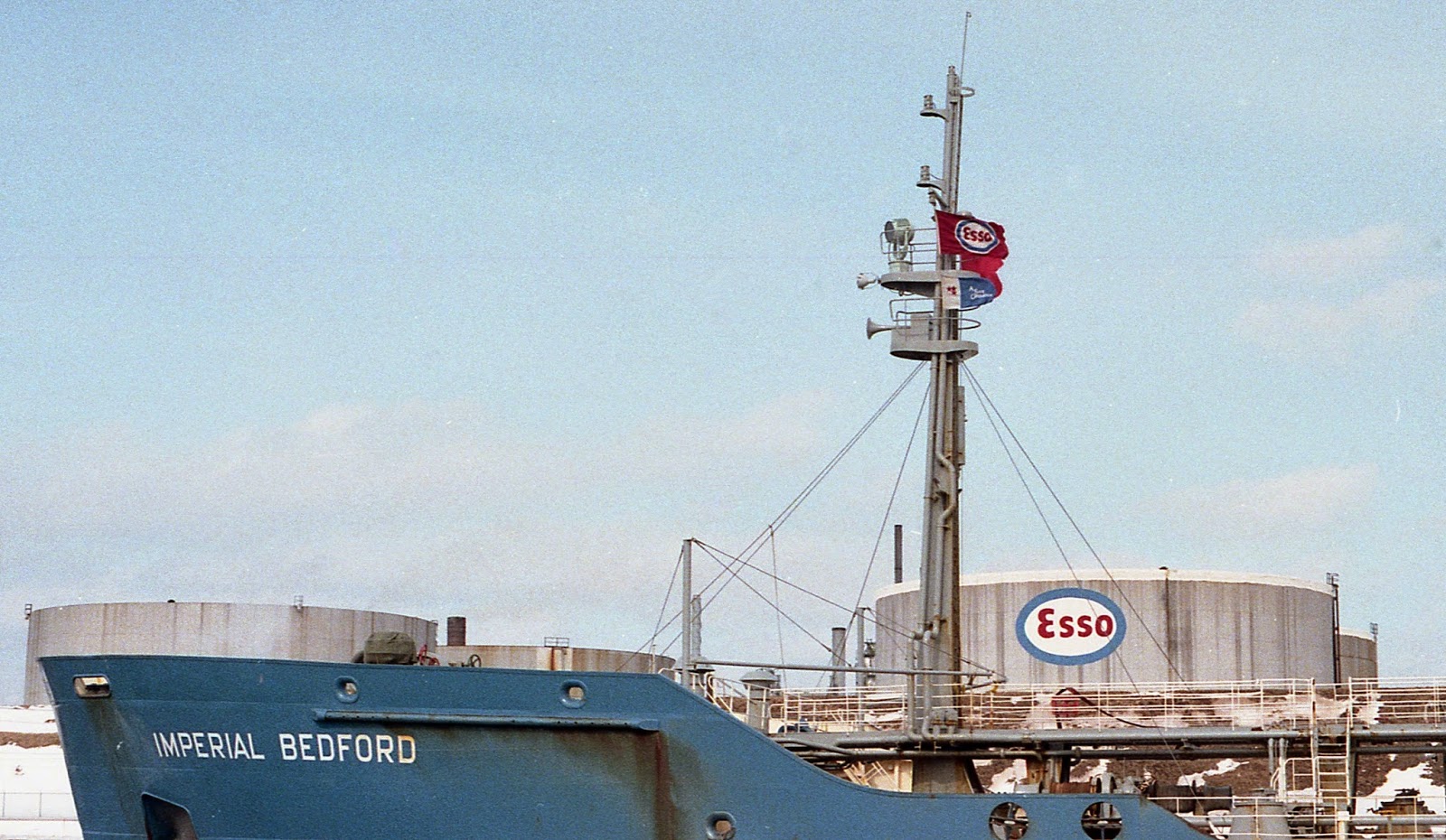 Imperial Bedford at number 4 oil dock at Imperoyal in Dartmouth.


It  was also built for navigation in ice and in 1970 made two trips to Resolute to fuel Canada's most northerly installation, both times sailing from Montreal. It also visited Frobisher Bay (now Iqaluit) where it unloaded by means of a floating pipeline. The ship carried a spill containment boom on a large real on its after deck. 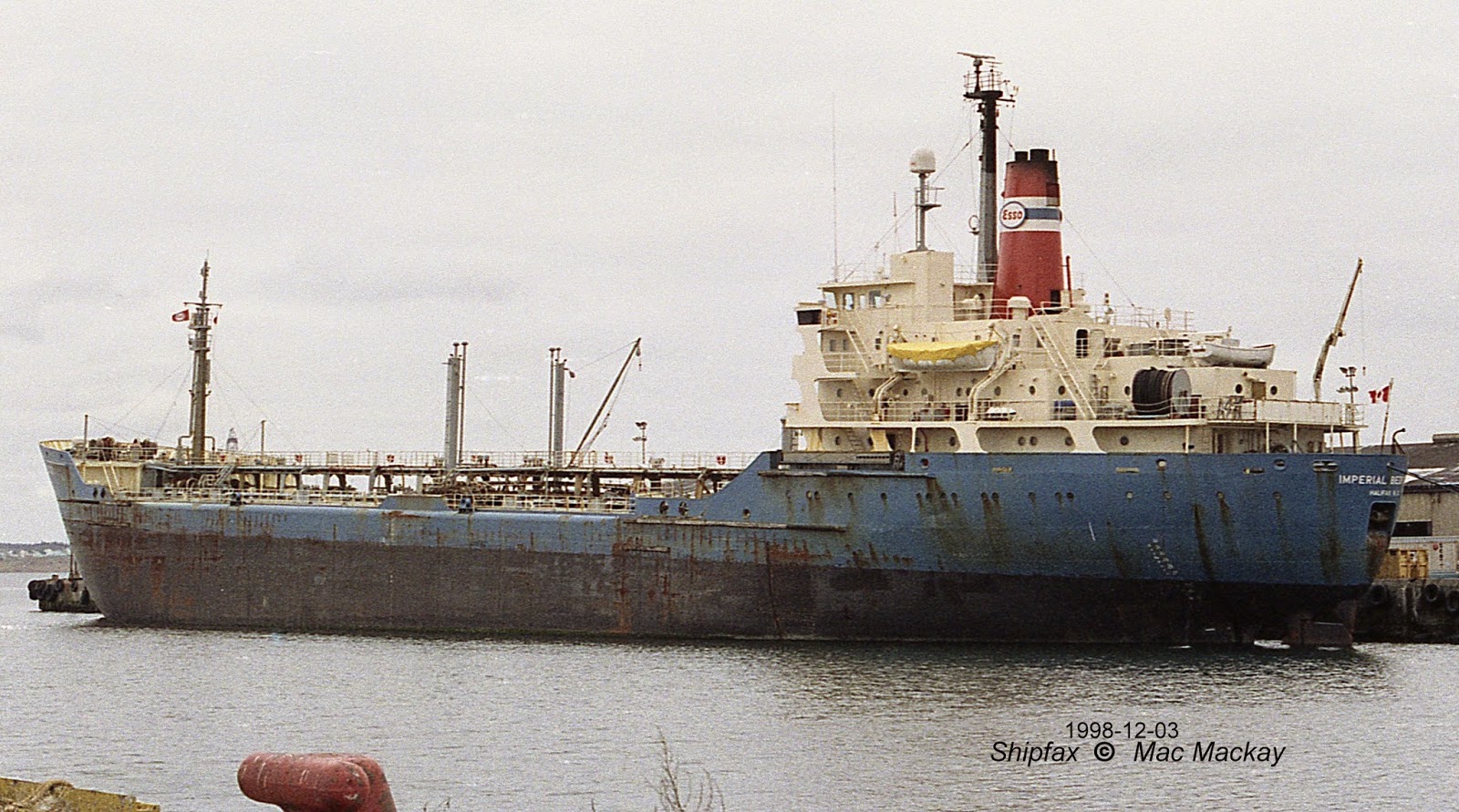 The ship's spill containment boom is stored on reel on the after deck. A knuckle boom crane is visible in this photo, loading stores at pier 31 in Halifax. Note the Esso logo applied to the funnel.

Despite ice strengthening, it did receive severe ice damage in 1977, necessitating lengthy repairs at Halifax Shipyard.

Imperial Bedford worked out of Halifax, making scores of trips to Atlantic Canadian ports, but also traveling to the Great Lakes. 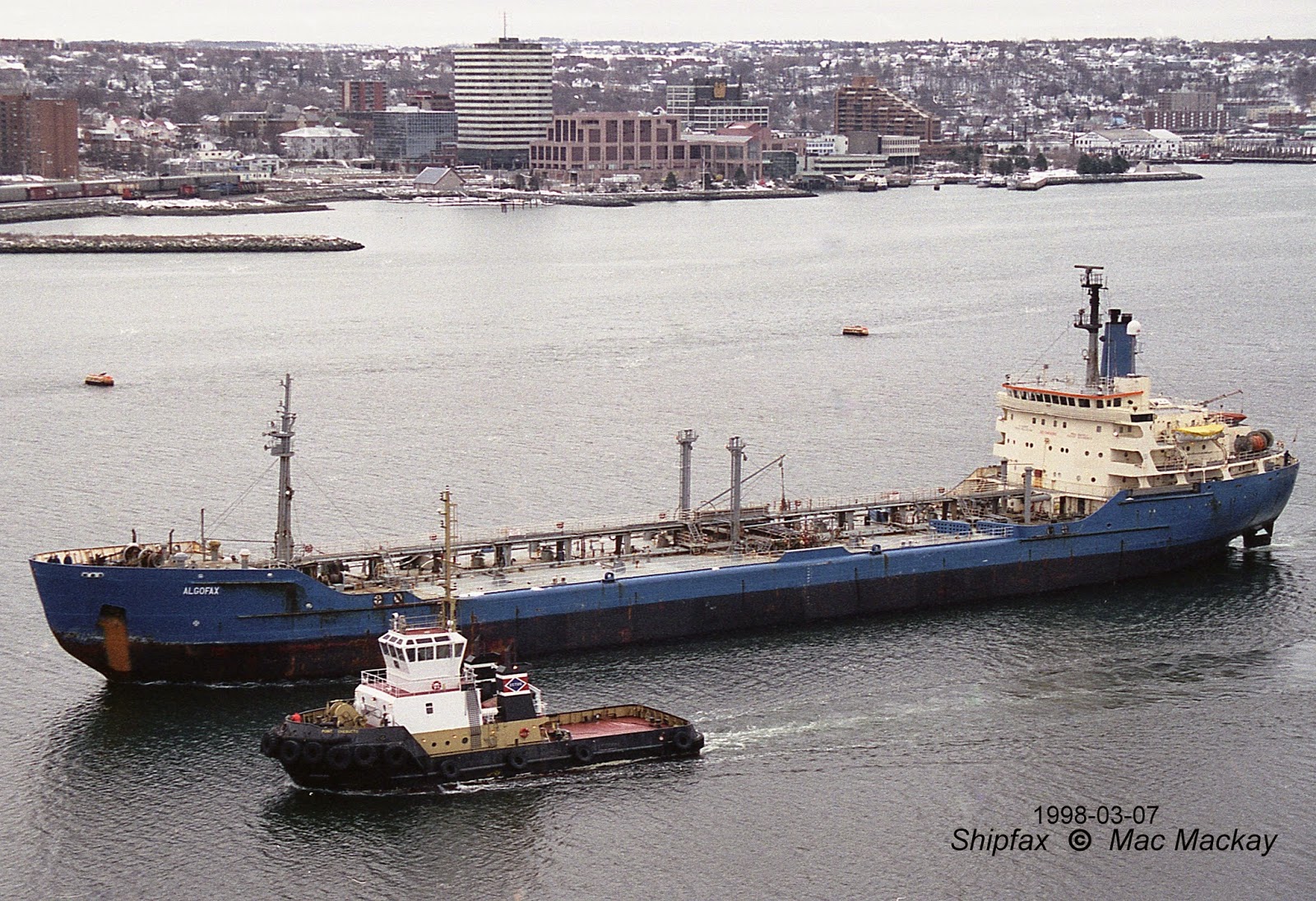 The ship was renamed Algofax but was not immediately repainted in Algoma colours. Here it nears the Angus L. Madonald bridge on its way to drydock for repainting.

Along with the rest of Imperial's fleet, it was sold to Algoma Central in 1998 and was renamed Algofax in Halifax. It entered drydock at Halifax Shipyard in March where it was repainted in Algoma colours.

With new ships on the way for Algoma Algofax was removed from service early in 2004. It was handed over at pier 31 in Halifax where it was renamed Halifax under the Georgian flag. Ownership was transferred to EnerChem Tankers, another tanker company that been absorbed by Algoma.  It sailed August 14 but did not arrive in Alang until October 8, indicating that it may have worked its way east carrying some cargo. It was beached October 11, and broken up.

Halifax leaving Halifax for the last time.
.
Posted by Mac at 10:24 AM