Halifax Shipyard's new shipbuilding facility will be well equipped with cranes. It is hard to imagine how many there will be based on the number they have received so far. Another shipment arrived thus morning on the German-owned HC Bea-Luna. 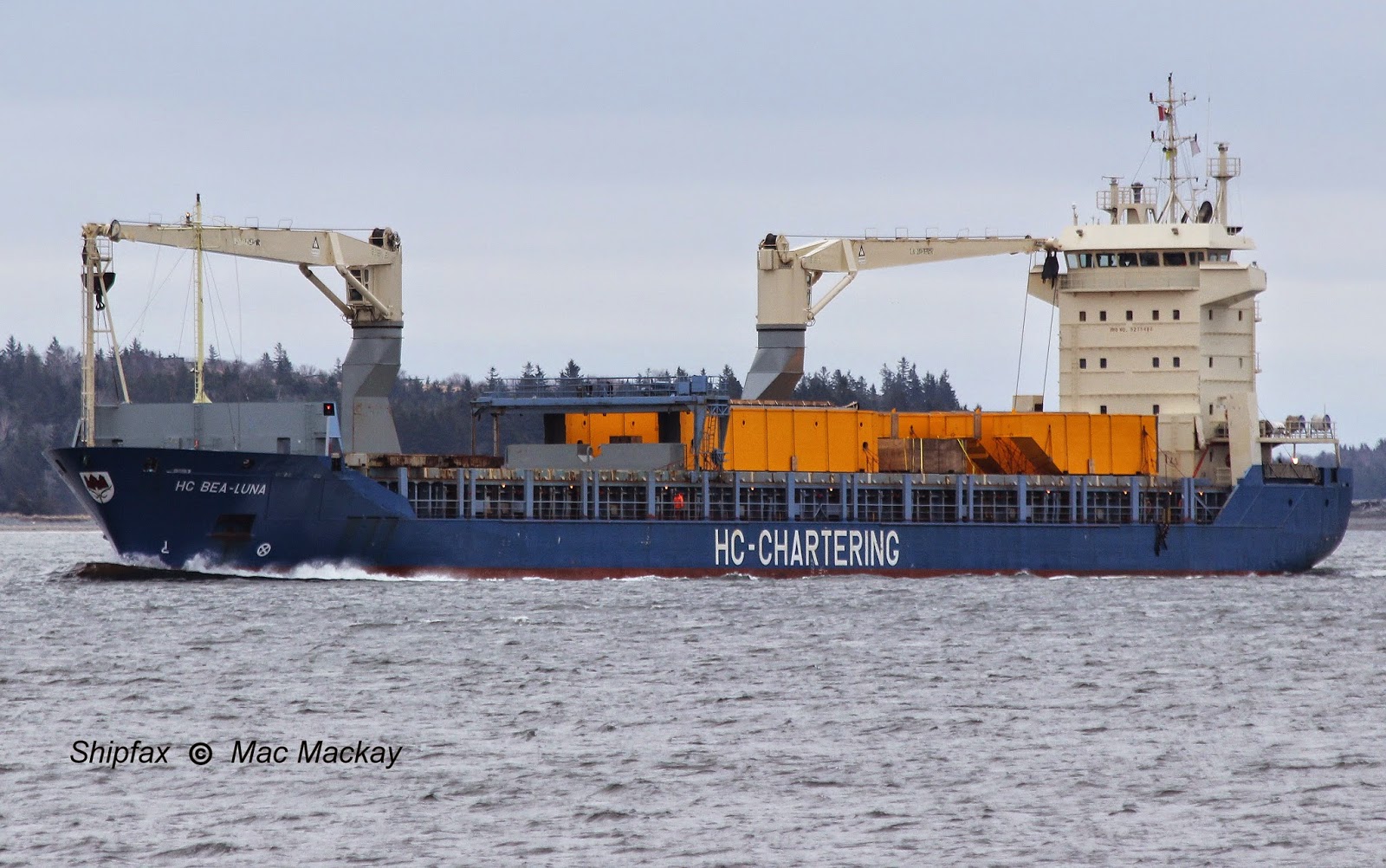 A crew member in a red coat makes his way forward as the ship steams into a head wind this morning.

The oddly named ship is owned by IMM Shipping of Ahrensburg, but carries the HC Chartering bill board on its sides. Built in 2000 by Damen's shipyard in Galati Romania, it measures 6382 grt and 8959 dwt. It has two 60 tonne cranes that can work in tandem for 180 tonne lifts. It was built as Tatjana but carried the name TMC Brazil for a time in 2002 and became HC Bea-Luna in 2013. It is registered in Antigua and Barbuda.

The ship is very similar in design to Freja, which is tied up at pier 27 with a cargo of rails. Unloading of that ship has been delayed due to mechanical problems with its cranes. 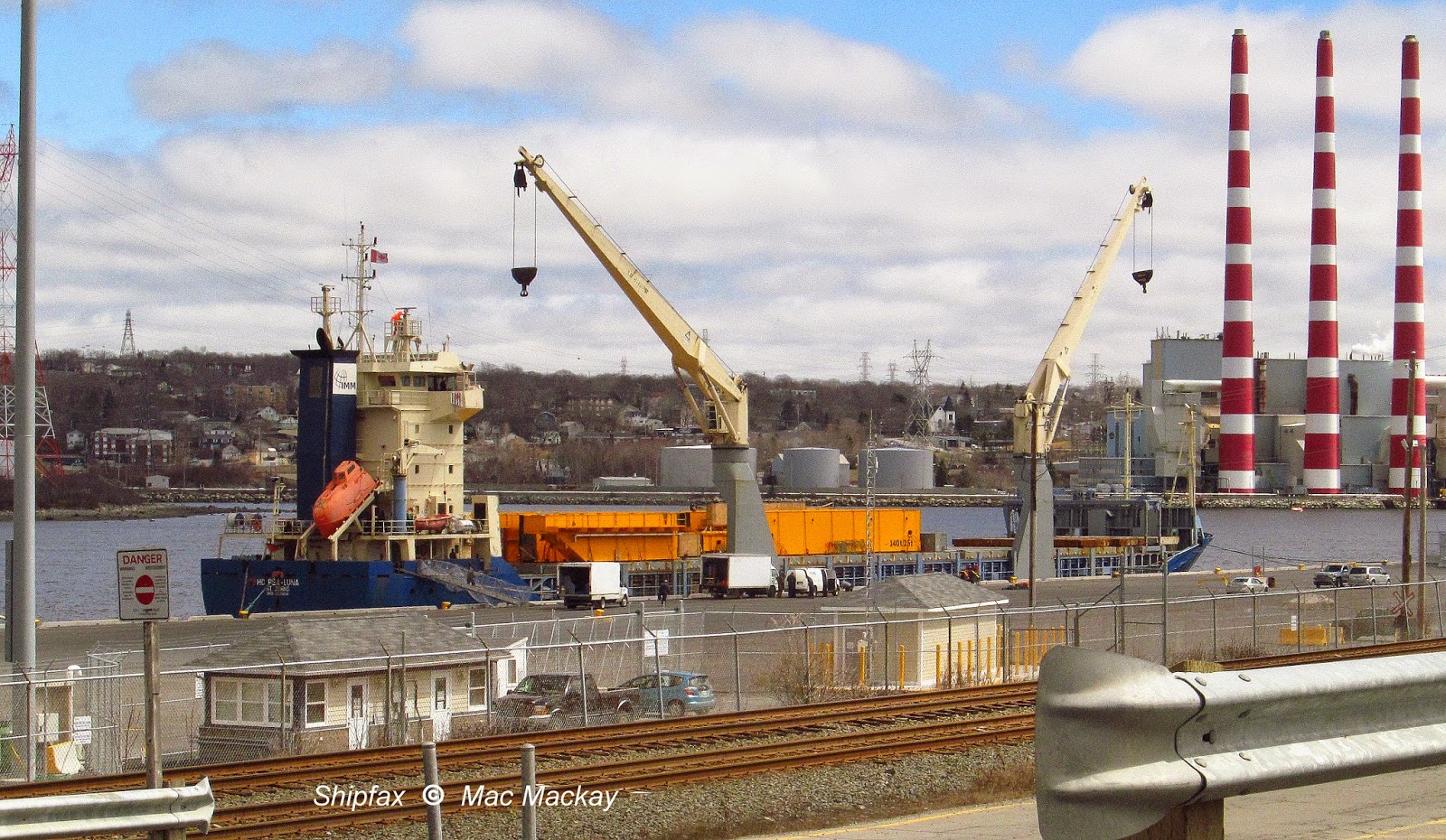