Shamrock coming back (as Nolhanava)

A ship built specifically to run between Halifax and St-Pierre et Miquelon is arriving back in Halifax tomorrow and tying up at pier 34. Built in 2000 by Santierul Naval Constanta SA of Romania as Shamrock, it operated weekly from Halifax starting with its first arrival January 20, 2001.

It was was registered in the French offshore registry of the Kerguelan Islands (French Antarctic Territories) and is a RoRo cargo ship of 4,654 grt, 4,850 dwt and carries two 40 tonne cranes. It two MAN engines drive two cp props for a speed of 16 knots. 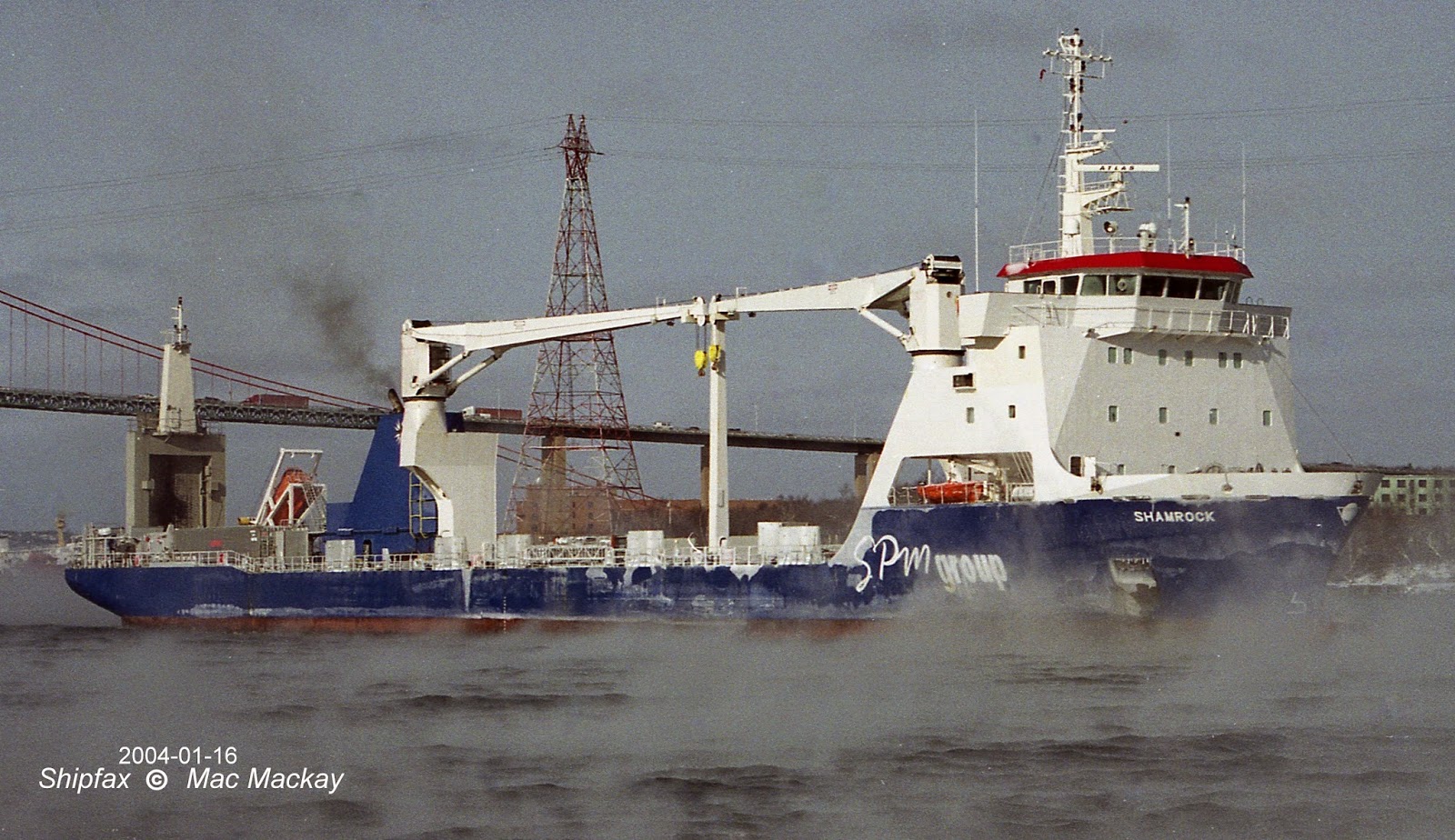 By 2004 the ship was operating a feeder service from Halifax to Portland, ME and Boston, having lost the St-Pierre route.

In July 2004 it was arrested in Portland. ME and was sold at auction to Clarke Inc's CIS Shipping International Inc and placed under the Barbados flag. It returned to Halifax in December 2004 for drydocking and repainting, and was placed under the management of Thien + Hyenga Bereederungs for service between Fort Lauderdale, FL and the Cayman Islands.


Once a large operator of ships in Canada, Clarke Inc and its antecedents also had an interest in the Halterm container pier and DART Container Line, but in recent years has divested its transportation interests. Last year it sold its trucking business to TransForce, although the Clarke name is still used.

Early this year St-Pierre interests acquired the Shamrock. The new owners are styled MG Management SAS  with TMS-AV SARL as managers, and in March renamed the ship Nolhanava.


It appears that the ship is set to take over the St-Pierre et Miquelon service once again, from the current incumbent Fusion, that has been on a series of charters since 2007. Current owners of Fusion are listed as MD Shipping Co of Odessa, Ukraine, and the similarity of owners names suggest a connection, but there may not be one. 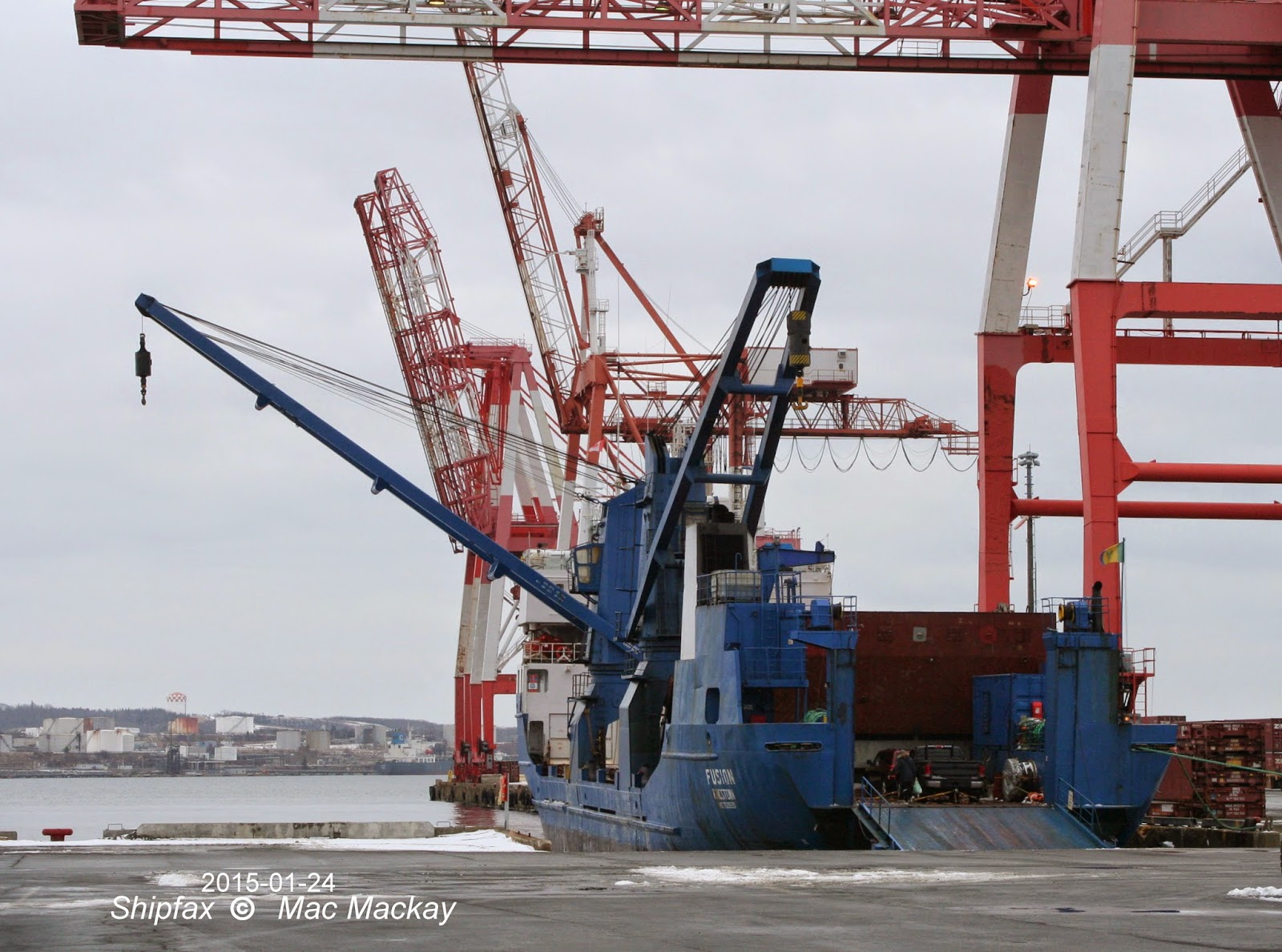 Fusion will be arriving at is usual berth at pier 36 tomorrow - maybe for the last time?

As recently as last week Fusion had mechanical problems and had to delay its arrival from anchor off Halifax until they were corrected. If it is indeed replaced, I will post more of its story. 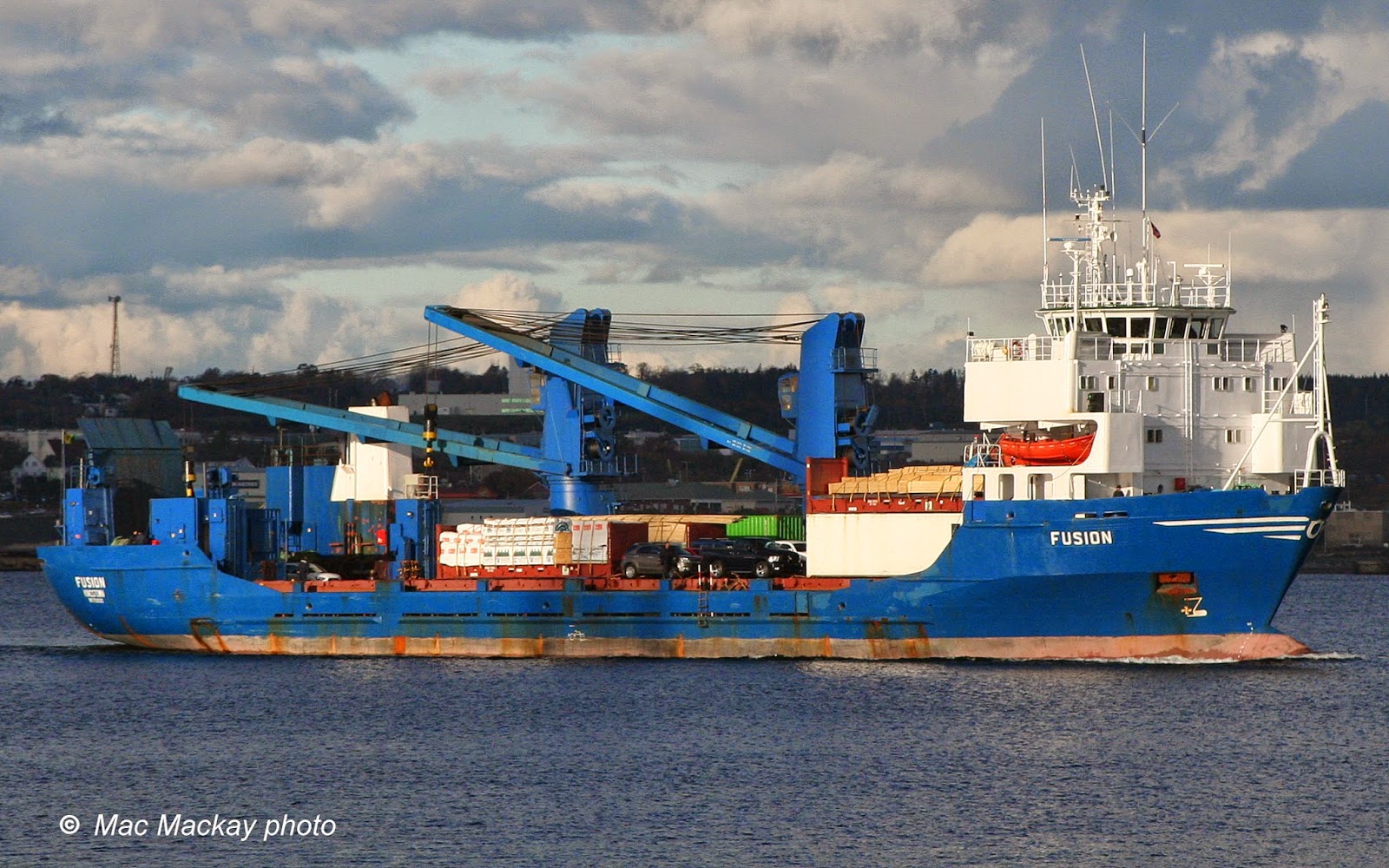