I missed this one, which occurred April 4:

HMCS Annapolis, a product of Halifax Shipyard was sunk as an artificial reef.

There is good coverage of the event on the B.C. Artificial Reef website.

Annapolis was the last of twenty "Cadillacs" built for the RCN starting with the St-Laurent class of Canadian designed and Canadian built destroyer escorts (DDEs) for anti-submarine warfare. They were the envy of the world up to and including Annapolis.

As A/S warfare techniques evolved during the cold war period, it was decided that the existing DDEs should be converted to carry helicopters (becoming DDHs), and it was the invention of the Beartrap device that allowed the heavy SeaKing helos to operate from these relatively small ships.
The success of the conversions from DDEs to DDHs resulted in the decision to build the last two ships of the Mackenzie class as DDHs from the keel up. Thus it was that Annapolis and Nipigon were built as DDHs, forming the Annapolis class. 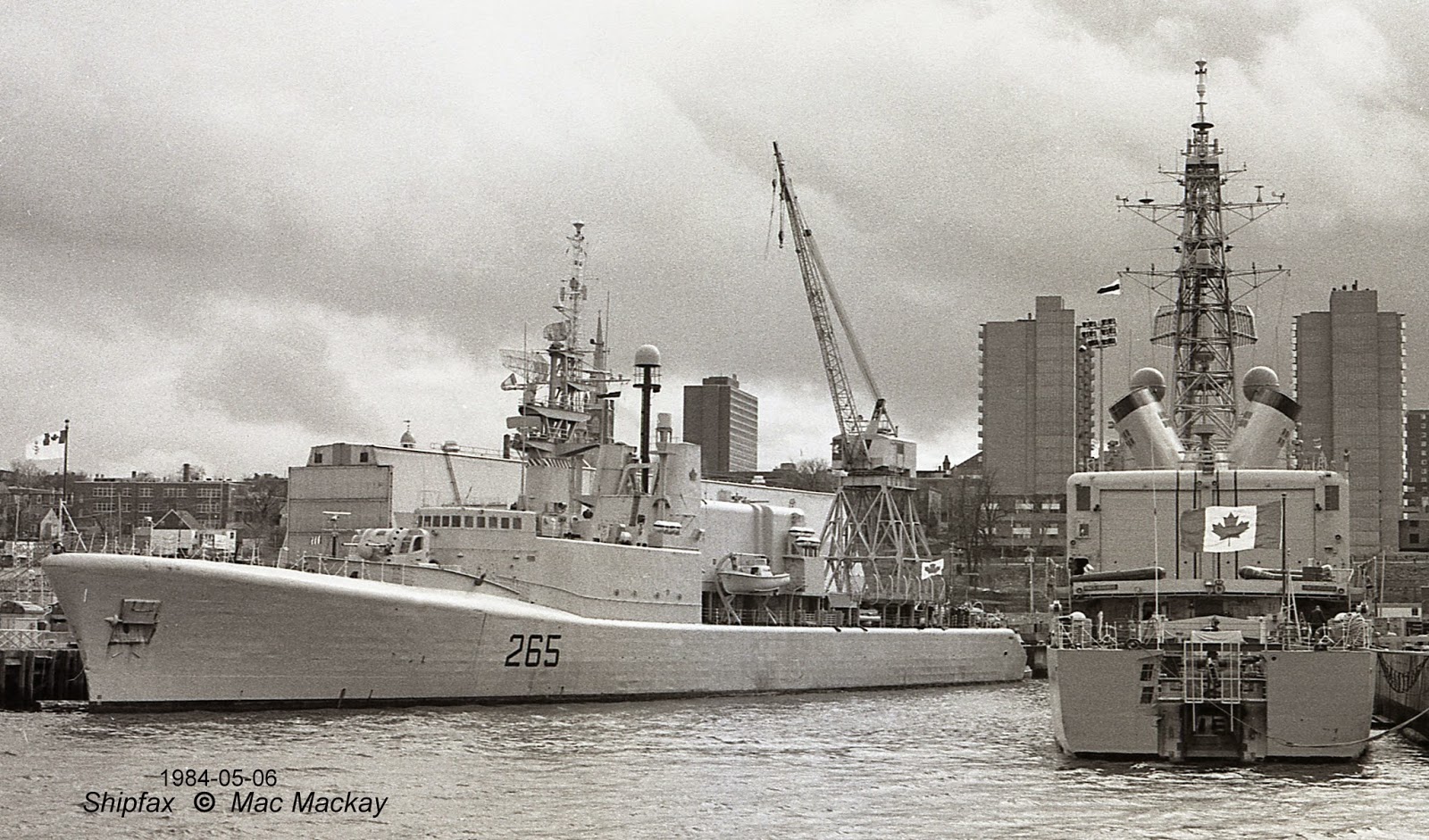 It served with distinction for the RCN out of Halifax (MARLANT) and was given an extensive refit under the DELEX program from August 1985 to January 1987 (at Saint John Shipbuilding +Dry Dock Co Ltd). It was fitted with the towed array sonar and several other quiet running fitments. It traveled as far north as Hudson Bay, escorted RY Britannia on the Great Lakes and did NATO stints.

Annapolis was transferred to Esquimalt (MARPAC) in 1989 and served largely as a training vessel, but still participated in numerous operations including Haiti until it was decommissioned November 15, 1996 and placed in reserve status. At that point it was the last steamer in the RCN's Pacific fleet, but was still considered to be among the most capable A/S destroyers in the world. The ship was finally paid off in 1998 and stripped out of its equipment.

In 2008 it was sold to the Artificial Reef Society, and there followed a lengthy process to permit it to be sunk. Environmental concerns were at the heart of the delays, but those were finally resolved and the way was clear for the April 4 sinking.

An account of the ship's history and a detailed description of the reefing project can be found at:
www.nauticapedia.ca/Gallery/Annapolis_Article_Wall.pdf

Divers have already been to the ship and there are photos and videos on line too.